Rare it is that the careworn American public casts its collective gaze heavenward—unless in desperate prayer for debt relief, affordable housing, non-extortionate college instruction, or any of the other fugitive comforts that our grand neoliberal consensus has catapulted into the unreachable empyrean. In the hushed and reverent darkness of the Baffler observatory, however, we hew closely to the counsel of that great socialist bon vivant Oscar Wilde: “We are all in the gutter, but some of us are looking at the stars.”

But what is it we see, exactly, when we take the measure of the cosmic vastness that engulfs us? Baffler 32, “Muzak of the Spheres,” is a mystic portal, yielding many strange paeans to unknown worlds. In “Material Issue,” Jackson Lears peers deeply into the Western metaphysical past and rescues a neglected tradition of animistic materialism—an account of physical being that bristles with new possibilities of life and profound implications for how we think about our planet and our pinched allotment of mortal time upon it. Barbara Ehrenreich, in “Displaced Deities,” supplies a puckish headcount of the many gods—greater and lesser—sent rudely packing by the unwavering certainties of scientific consensus. Sam Kriss takes deadly aim at the allied brittle dogmas of the New Atheist set, while Jonathon Sturgeon stalks the wild transcendentalist American raconteur who is forever trying to eat the universe. Astra Taylor delves into the untamed properties of nonhuman personhood, animal, vegetable, and corporate. You’ll even find your humble head Baffler pondering the spick-and-span household gods that lord over the surprisingly totemistic cult of domestic order.

Truly, we live in an epoch, and a New World, of many fearful signs and wonders. As R. W. B. Lewis famously wrote in the middle of the last century, “the American myth saw. . . a divinely granted second chance for the human race, after the first one had been so disastrously fumbled in the darkening Old World.” At the same time, the dismal specter of Trumpism is poised to swallow the fragile civic-republican myth of the New World’s promise whole, with corruption, vice, and reality-TV hucksterism spitting out only the rancid poison of Old World imperial decay.

For the beckoning American cosmos to translate into anything resembling a usable past, we must resist all manner of authoritarian certainty, from truth-averse Trumpery to the feckless and arrogant bromides of scientism. And that’s why, in very diverse registers of historical argument, Rick Perlstein, Ann Neumann, and Jessa Crispin have all tendered invaluable cautions against the enormous condescension of posterity, be it the present, Trump-inflected quest for an eternally recurring modern political past or the sanitized vision of a predestined American empire. So join us, fearlessly Baffled fellow adventurers, as we stir groggily up from the gutters and scan the ever-shifting scene overhead, wondering all the while at the strange new worlds beneath our feet.

Occasionally, we encounter readers keen to acquire actual ink-and-paper copies of our publication. Subscribe before October 25 and your subscription will begin with a copy of “Muzak of the Spheres.” 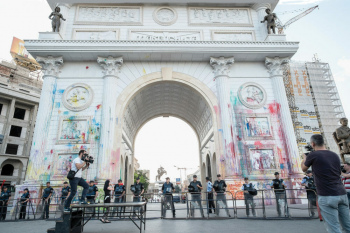 Skopje, City On the Make 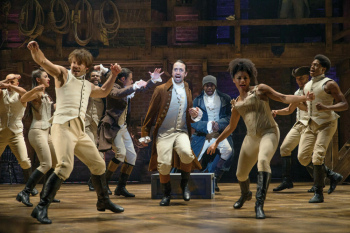 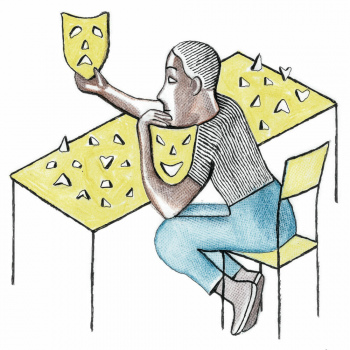 How Palantir has made corporate orthodoxy out of experimental theater
David V. Johnson 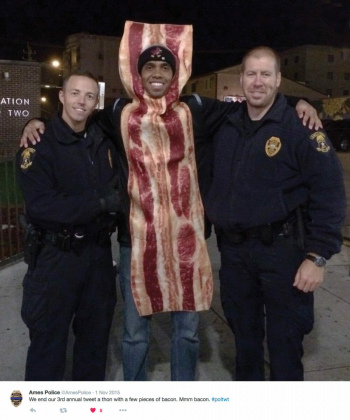 Why our political past is rarely prologue
Rick Perlstein 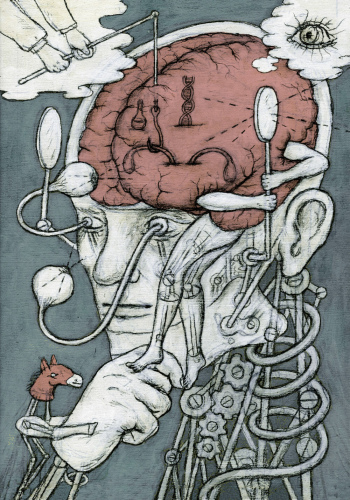 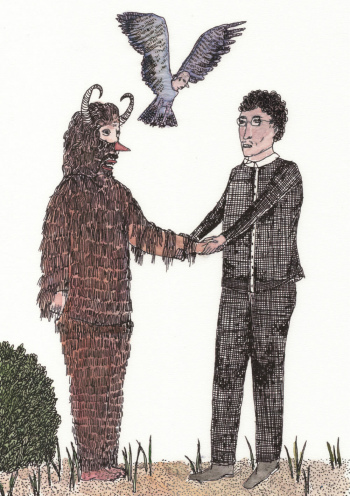 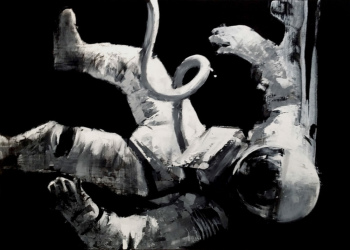 The Schmaltz in Our Stars 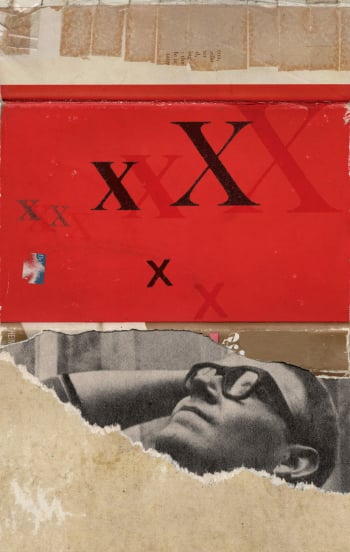 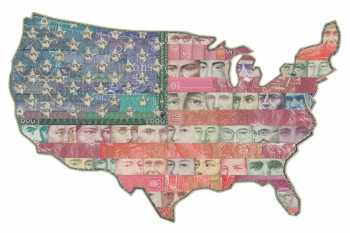 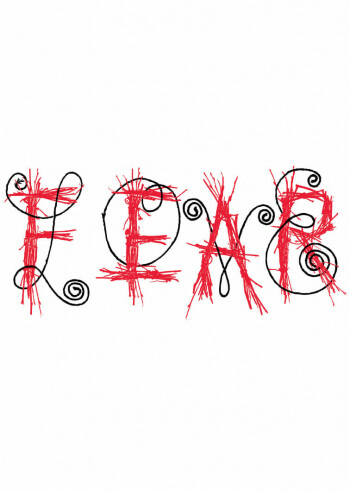 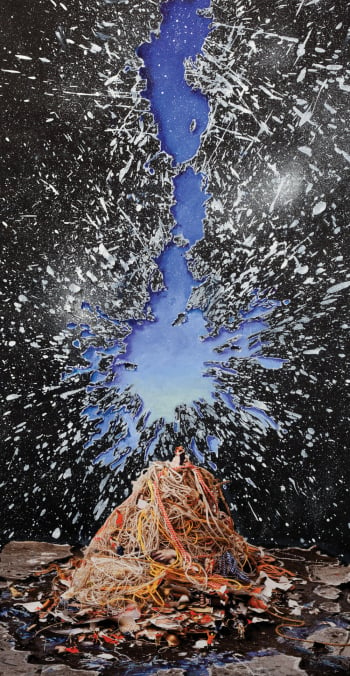 The soul-deadening magic of tidying up
Chris Lehmann 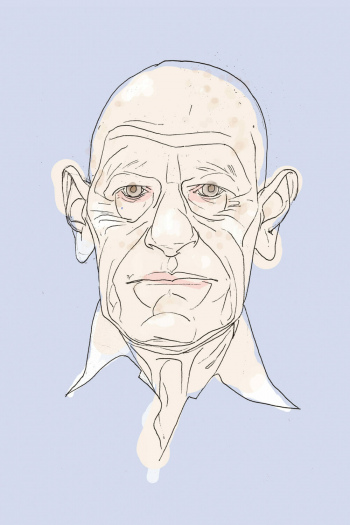 The Shock of the Crazed 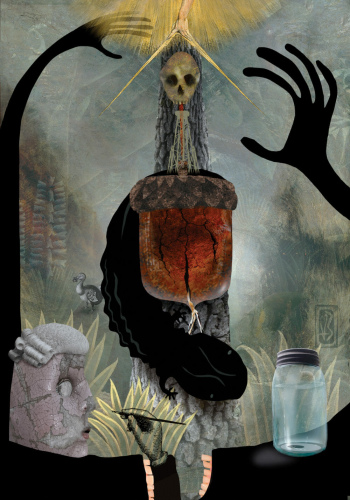 Who Speaks for the Trees? 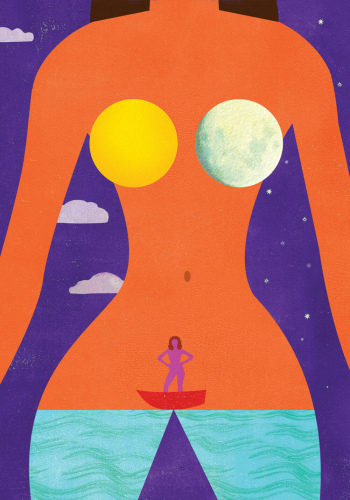 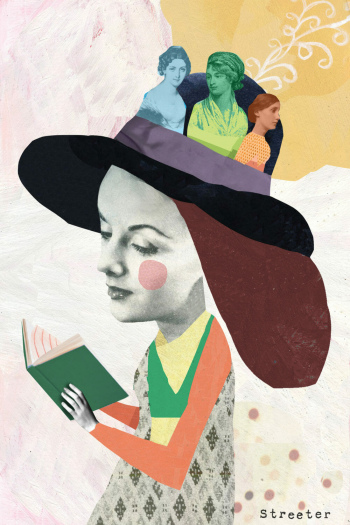 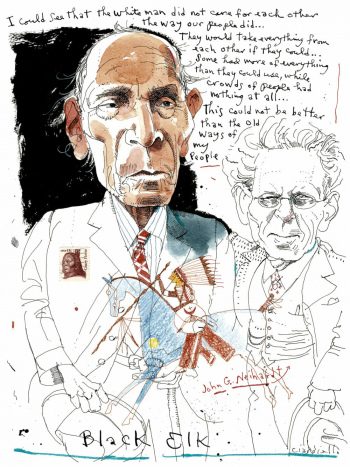 On the remaking of a Native American prophet
Ann Neumann 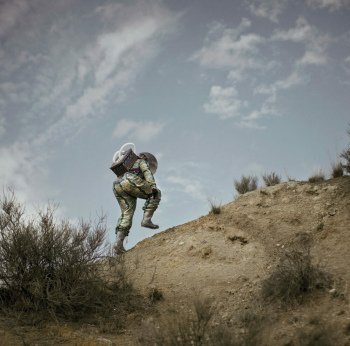 Long division at the dinner table

Nothing Wrong with a Maple 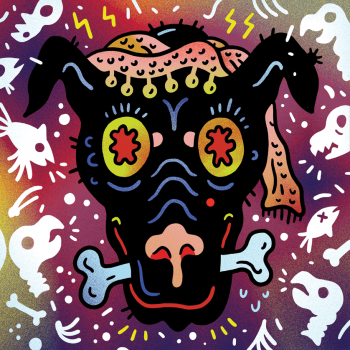 Dazzle Speaks with the Dead