Our incumbent regime of eugenic wellness leaves little room for flights of fancy, at least for the sick: it’s hard to spur and bridle the imagination when they’ve run you ragged around the track. Winner, as usual, takes almost everything; last across the finish line gets employer health insurance and a five-hour energy drink. Against the odds, through chronic pain and brain fog, the sick will have to dream for everyone else. “When the sick rule the world,” Dodie Bellamy once wrote, “the well will be servants.” Under the authority of the unwell, she continues, the fittest will have their limbs hacked off and sold for profit. This political fantasy is all the more compelling for the cold shoulder it offers to a well-ordered society, where the sick might do as they’re told and accelerate their own elimination. Such a society is bad and it needs to be vaxxed.

It’s in this meager and anemic spirit that we present Baffler No. 48, “Body Shots,” which aims its syringe at wellness and jabs repeatedly. Bookending the set of clinical observations contained here are Barbara Ehrenreich’s paean to the cave art that documents the birth of human culture (think gorgeous, funny, and even dirty representations of the world and its creatures, not Paleolithic selfies) and Kristen Martin’s poignant report from New York City’s Hart Island, where inmates and prison staff are responsible for the quiet burial of more than a million poor and neglected residents.

Anya Ventura examines the Cancer Treatment Centers of America, the chain of for-profit hospitals founded by Tea Party millionaire Richard Stephenson. There she discovers the desperate archetype of the “good patient,” a “brave citizen of science” who refuses to die. Dying, after all, would amount to “a lack of ambition, an ugly failure of will”—not to mention a blow to profits. Of course, plenty of other sick logics of supply and demand pervade the American landscape. Jeffrey Arlo Brown and Baynard Woods hit the pavement to profile the fat cats of the legal weed business and the working stiffs of the gay porn industry. Liz Pelly diagnoses the brand power infecting the DIY music scene and Alexander Zaitchik traces the demise of anti-television sentiment.

Lucy Ives and Ann Neumann call into question the prevailing logics of fertility and menopause, respectively: Ives outlines the pernicious rise of a repressive “sexual risk avoidance” regime, one that has given way to Christian pregnancy centers and menstrual-cycle tracking apps. “Whether you see fertility as a problem or opportunity is up to you,” she writes. “All the same, you will be informed of it.” And Neumann writes to upend culture’s ideal of “the reproductive woman,” a universal symbol—“youthful, sexy, ready to command a household and bear children”—that we’d do better to hastily abandon.

Barry Yeoman looks at crackpot cures for his own stuttering condition and arrives at a question: “Might the real problem lie in a society that, in its quest for order and efficiency, makes no accommodation for people who speak differently?” Jasper Craven targets the paragon of such sinister orderliness in his searching inspection of the American military, which has routinely subjected its soldiers and veterans to experimental drug testing. Examining the rise and fall of the cyberpunk genre, where an increasingly corporate future demands all kinds of high-tech augmentations to the human form, John Semley reminds us that “outside this hallucination, bodies still persist.” 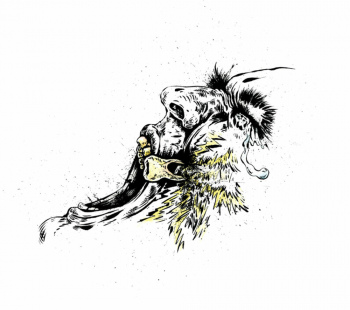 The Limbs of the Well 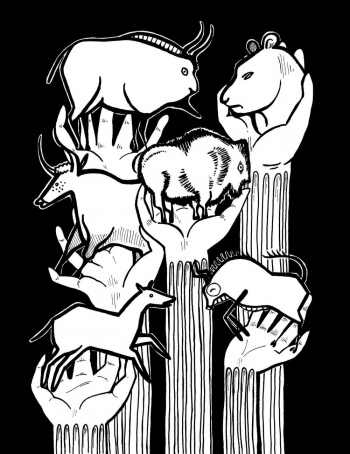 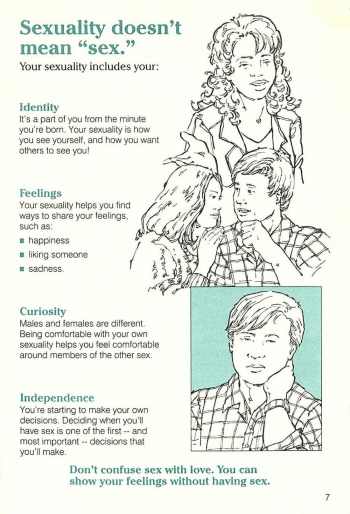 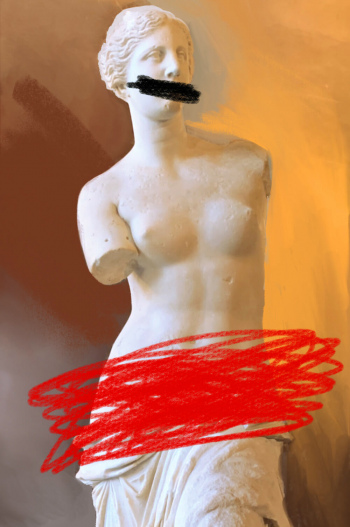 The Future is Menopausal 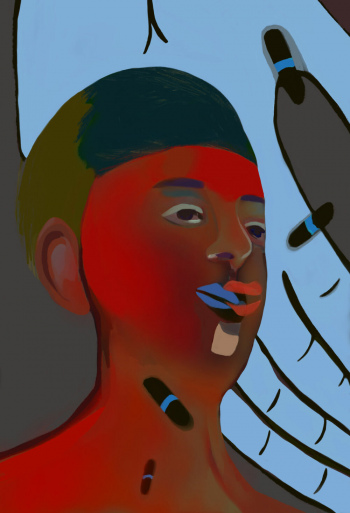 Stutterers reach beyond the medical model of disability
Barry Yeoman 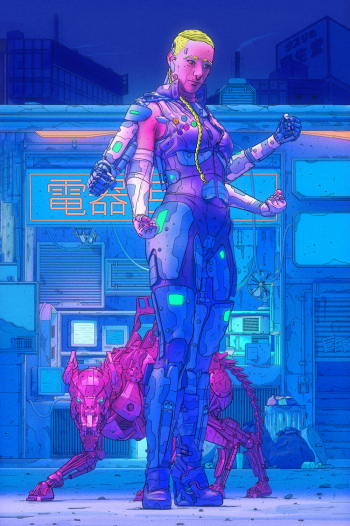 At the inglorious end of a once-promising genre
John Semley 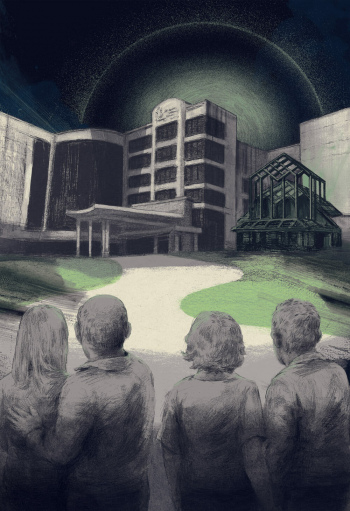 Hope is a thing with profits
Anya Ventura 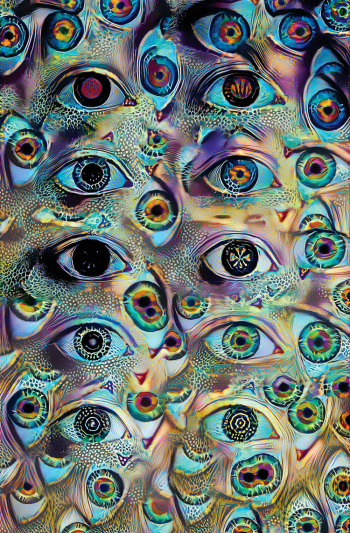 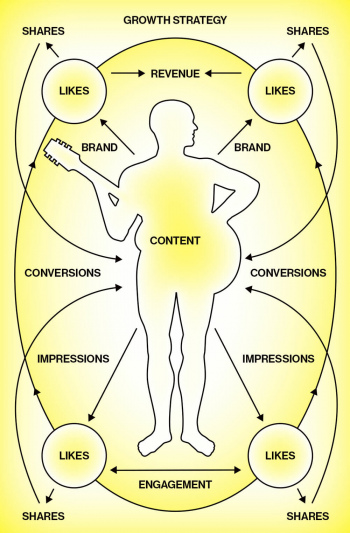 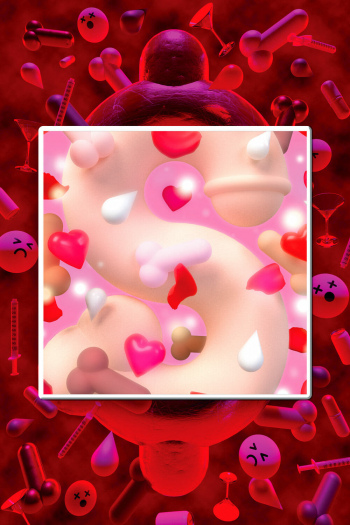 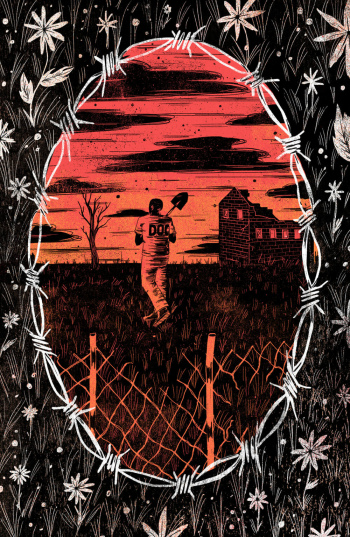 Abolishing the Prison of the Dead 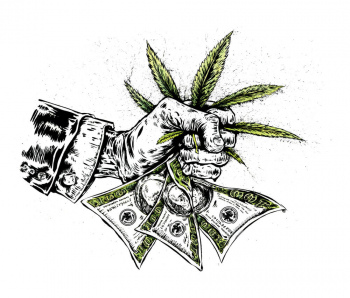 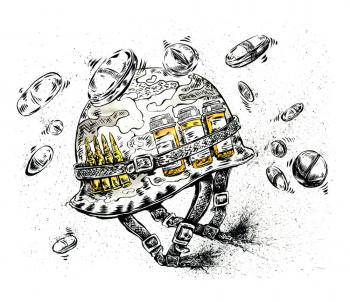 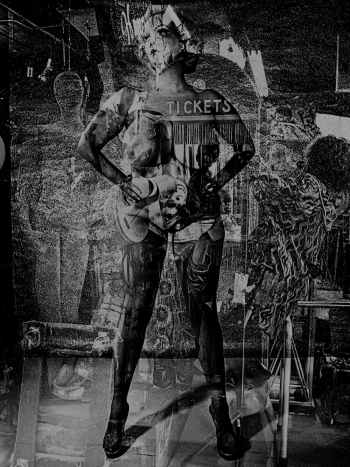 Reject the angel, and give the Muse a kick

One Vow After the Other