There is no landscape without its charms, even in the states that are long, or flat, or exhausting to drive through. If you are like me, someone well-versed in the intimate geography of Interstate 71, which cuts through Ohio, then you know the sign that you might see heading north up I-71, towards Cleveland or Akron. It reads: “Ashland, Ohio. World Headquarters Of Nice People.”

I do not know how accurate this claim is, though I must say that I have never had a cross word with anyone in Ashland, Ohio—not even two weeks ago, when, at a slightly messy intersection, I pulled my car past a stop sign out of turn, nearly blocking a woman who had been waiting longer than I had. After two years living in the northeast, I braced myself for a stern look at best, a profanity-laced tirade with the window down at worst. The woman gently pulled her car around mine, laughed a bit, and waved as she pulled off.

And so it is possible that Ashland, Ohio is where all of the nice people have gone. It seems to also be a question of ratio. When there aren’t all that many people to run into, there aren’t all that many ways an interaction can go wrong. And yet, even with that in mind, there is something in the air in Ashland, particularly right on route 250, where there’s a little spot called Grandpa’s Cheesebarn.

Grandpa’s Cheesebarn is, in fact, literally a barn. Technically, it is two barns, one for cheese, and another across the parking lot for fudge and candy, called Sweetie’s. On its face, it seems like the kind of off-highway novelty spot that one can come to expect traveling through the Midwest. It has several of the trappings: keychains emblazoned with generic names, signs that say things like “HISS LESS, PURR MORE” and “FORGIVE THE MESS, I CAN’T GET RID OF MY KIDS,” or the pared down classic “MY WIFE IS ALWAYS RIGHT, EVEN WHEN SHE’S WRONG.”

Beyond the touristy first-floor kitsch of the barn, though, there is definitely cheese. Tables overflowing with cheese. Cheeses like Ohio Cheddar, Horseradish Swiss, and a Diamond Cheddar that has been aged for a decade, which will cost you nearly thirty dollars a pound. Of course, there is a story here. In the early twentieth century, an old man known as Grandpa Yarman sold his only possession, a used radio, to buy a good wheel of Ohio Swiss, which he used to start his first cheese house.[*] Yarman set up shop in West Salem, Ohio. As the business grew, Yarman learned how to smoke and cure meats, bringing travelers to his small business from all over the state. Sadly, as the Cheese House began to thrive in the 1930s, Yarman got sick, eventually becoming unable to run the store. Since there was no one else trained to make the cheeses, the store began a slow decline and slowly collapsed.

I know how writing about cheese in these urgent times might seem like a waste of column inches.

Grandpa Yarman wasn’t survived by much, the tale goes, but he did leave behind a daughter, Vera, who, from a young age, watched him follow his passion for cheeses and smoked meats. After Yarman died, Vera met Dick Baum, and together they chased her father’s dream, searching out the best cheese makers in the state, and finding new and unique meat-smoking techniques. This quest culminated in the opening of Grandpa’s Cheesebarn as it is known now in 1978. The shop sits inside of an old dairy barn. Grandma and Grandpa Baum, now figures of cheese legend themselves, made sure that the Cheesebarn would stay in the family—they opened the business with the help of their daughter and son-in-law, and in the early 2000s were joined by their grandson, making the barn a multi-generational institution.

I know how writing about cheese in these urgent times might seem like a waste of column inches, and that might be true. But it’s in such times that we often find ourselves reaching for the comfort of times past, real or imagined. When people describe places with words like “vintage” or “classic” or “old-timey,” specifically in oft-forgotten states like Ohio, there’s often an ever-present undercurrent of backwards thinking, an atmosphere that doesn’t make everyone feel warm and welcome. Grandpa’s Cheesebarn is, especially now, a small, comforting escape from the world outside. I’m not saying I would live inside the barn, of course, even if I could. But when you’re there, if only for a few moments, time slows down and it feels as though you are immune to the wreckage outside. The ethos is, and has always been, family. And at a time when so many doors feel like they’re closing, it feels good to have a door thrown open for you. A place where people insist upon your sampling the cheese, with so much passion that turning them down feels bad. I sometimes take cheese samples I don’t even want, walking around with them tucked inside my hand to appease the employees of Grandpa’s Cheesebarn, who are so enthusiastic, so often seemingly thrilled to talk with you, to tell you stories about the cheese, how it ties back to their own families.

At least one member of the Baum family is in the Barn at all times, in my experience. Most frequently, it’s the younger Dick Baum, wearing a massive apron and gesturing while telling a long story to anyone who will listen.

I have fewer reasons to swing by Grandpa’s these days. I moved back to Ohio now, so the long trips that would take me past it, sometimes monthly, are a thing of the past. But I was there just last week and the employees still remembered my face. They still shoved pieces of cheese into my open palms and told me the stories about them I’d heard a mountain of times before. Outside, the world was pushing itself closer and closer to an irreconcilable instability, and I needed to go somewhere, if only for a moment, that didn’t ask me to answer for that. And, yes, I know there’s a place like this in a small town somewhere in every state. A general store, or a local farm, or a dairy bar. But when people ask me what defines the often-overlooked Ohio, I tell them it’s Grandpa’s Cheesebarn. Spend some time in Ashland, Ohio next time you’re in the area. It’s not really a town where time stands still—it’s filled with real, live people and their messy, modern lives. But there are plenty of people there that might just make you believe the highway sign. That it is, perhaps, where all of the kind people are made. Or maybe they all just followed the yellow lights of the Cheesebarn and never left.

[*] Correction: A previous version of this article incorrectly stated that Grandpa Yarman had sold an RCA radio to open his first cheese shop in the early 1900s. Though the date of the shop’s opening is unknown, the cheese-seller’s tale was clearly apocryphal, as the Radio Corporation of America (RCA) was not founded until 1919, and only later moved into consumer electronics. 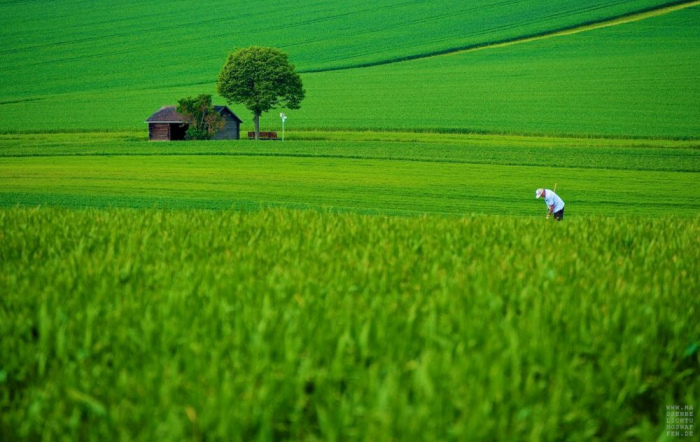 The Man Who Knew Nothing at All
Josh Fruhlinger
Word Factory 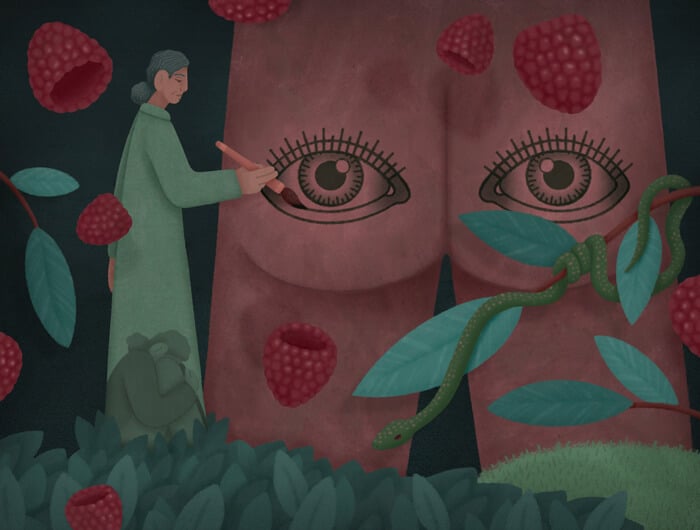 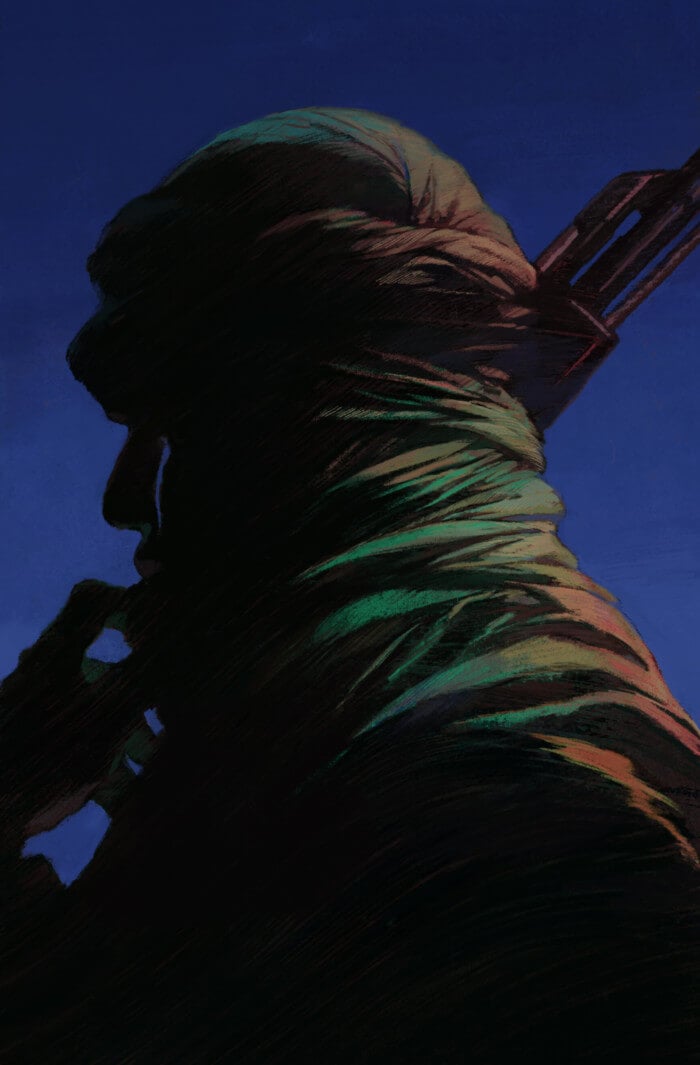