When Land O’Lakes announced three months ago that it was redesigning the packaging on its butter boxes, it barely made the back-page news. But then media outlets across the country began to highlight a part of the redesign the farmer-owned dairy co-op left unmentioned in its original announcement: the “butter maiden” was on her way out. After serving the brand for nearly a century, the iconic image of a Native American woman kneeling before a pastoral vista would soon be replaced by the words “Farmer-Owned”—and, on some products, “photos of real Land O’Lakes farmers and co-op members.”

“Mia,” as Land O’Lakes calls the butter maiden, was apparently more beloved than the brand anticipated. Cascades of hand-wringing stories have greeted the change, perhaps none more overwrought than the Wall Street Journal’s solemnly titled editorial “Mia Land O’Lakes, 1928-2020,” which bemoaned that “in America in 2020, a box of butter is never just a box of butter,” and then wondered if the Lucky Charms leprechaun might be next.

On social media, outrage over the butter maiden’s removal grew in April, and was then quickly repackaged as look-at-these-rubes content by BuzzFeed (“Land O’Lakes Took The ‘Butter Maiden’ Off Their Packaging And Now People Are Having Meltdowns Over It”) and TMZ (“New Change Sparks Outrage ‘KISS THIS BUTTER BUYER’S ASS!!!’”).

Those complaining loudest leaped to the conclusion that the company was “virtue signaling,” or bowing to widespread disapproval of stereotypical portrayals of indigenous people. Land O’Lakes may have had internal discussions about such matters, but its public rationale is that promoting awareness of the company as a farmer-owned cooperative is its biggest selling point. Still, consumers can be sentimental and nostalgic—and some seemed to believe that changing the butter packaging erases the past. They’ve always liked the butter maiden, so why take her away?

Lost in both the rancor and the mocking responses is the answer to the question at the heart of the supposed controversy: Who is she?

Asking such a question about a supermarket illustration may seem silly—who was the Trix rabbit, anyway? who was Cap’n Crunch?—but at least according to the woman who claimed to have served as the original Land O’Lakes model, she was indeed a real person, forgotten until now. She is not who you would expect—unless you know anything about American history, and then she is exactly who you would expect.

Take a look at the 1928 painting used for early Land O’Lakes boxes. If you think the original butter maiden looks less like a Native American woman than the daughter of a Minnesota dairy farmer playing dress-up, you’d be right: that’s actually what she was.

Land O’Lakes began as the Minnesota Cooperative Creameries Association in 1921. A few years earlier, a recent graduate from the Ontario Agricultural College named G.L. Barbaree had arrived in the state to manage a local creamery. As a 1912 newsletter from the college reported, “G.L. Barbaree of the class of ’06, says that he is enjoying good health, married life, and fair degree of success in operating and managing the Hammond Creamery Association of Hammond, Minnesota . . . Two years ago he was seized by that lonely feeling and sought a life companion . . . The happy couple are now blessed with a future student of O.A.C.”

When the cooperative became Land O’Lakes in 1926, it wanted a new look to set the brand apart. The Barbarees’ child was by then a teenage daughter named Muriel. Pretty, dark haired, and rosy-cheeked, someone evidently decided that she would look good on a butter box.

According to the official saga of the butter maiden, she was the work of illustrator Arthur C. Hanson, who worked for the ad firm Brown and Bigelow. His muse has never been part of the history, but those who knew Muriel Barbaree never had any doubt. As a 1960 newspaper article recounted her early life story, “Her father migrated to the US from Canada as a boy, going into a creamery in Minnesota. Thus it was that a picture of Muriel, as a curly haired Indian Maiden, appeared on the original package of Land O’Lakes Butter.”

The Barbaree family had no known Native American connections but rather was of French and English ancestry. Nevertheless, being cast as the Land O’Lakes butter maiden followed Muriel for years. Into adulthood, she appeared in parades in Indian dress, a role she couldn’t escape. “I’ve been in so many parades because of it that I died a thousand times over,” she said in 1960. “In one parade I had to keep my trademark pose for four hours.”

Another twist in this story is that portraying Indians was in some ways the family business. The Barbarees were proud to include in their lineage none other than “Buffalo Bill” Cody, whose Wild West shows were perhaps more responsible than anything else for commodifying Native American experience. Long after Muriel Barbaree appeared on the Land O’Lakes butter box, she served as an officer of the Cody Family Association and remained dedicated to preserving Buffalo Bill’s legacy.

In the 1950s the butter maiden was updated by Ojibwe artist Patrick DesJarlait who added details to her face and costume meant to connect her to a specific people and place. “He changed the beadwork designs on her dress by adding floral motifs that are common in Ojibwe art,” DesJarlait’s son Robert wrote recently in the Washington Post. “He added two points of wooded shoreline to the lake that had often been depicted in the image’s background,” linking it to a location well known to the region’s tribal citizens.

Yet the basic form of the 1928 image remained: a performance rather than a representation.

I’m not invested one way or the other in whether the maiden stays or goes. But it is worth noting that looking closely at things like images on butter boxes sometimes tells us more about our past than we might expect. There’s more here than people being sad that a product they grew up with has changed its marketing strategy. Rather than accusing Land O’Lakes of bowing to political correctness or lamenting that everything is suddenly offensive—or getting annoyed at those who do—we all might ask more often where such images come from, why they’re used, what they’re meant to convey.

So who is the butter maiden?

She is essentially a palimpsest. In her most recent iteration she was a depiction of an Indian woman drawn by a Native American artist over a commercial image based on a Minnesota farm girl’s pantomime of the people her ancestors displaced. As close to the root we can get, she is the fantasy captured by the posture Muriel Barbaree called her “trademark pose”: kneeling before someone unseen, arms extended to offer the bounty of the land she represents. No matter what she later became, in the beginning she was a theft memorialized as gift. 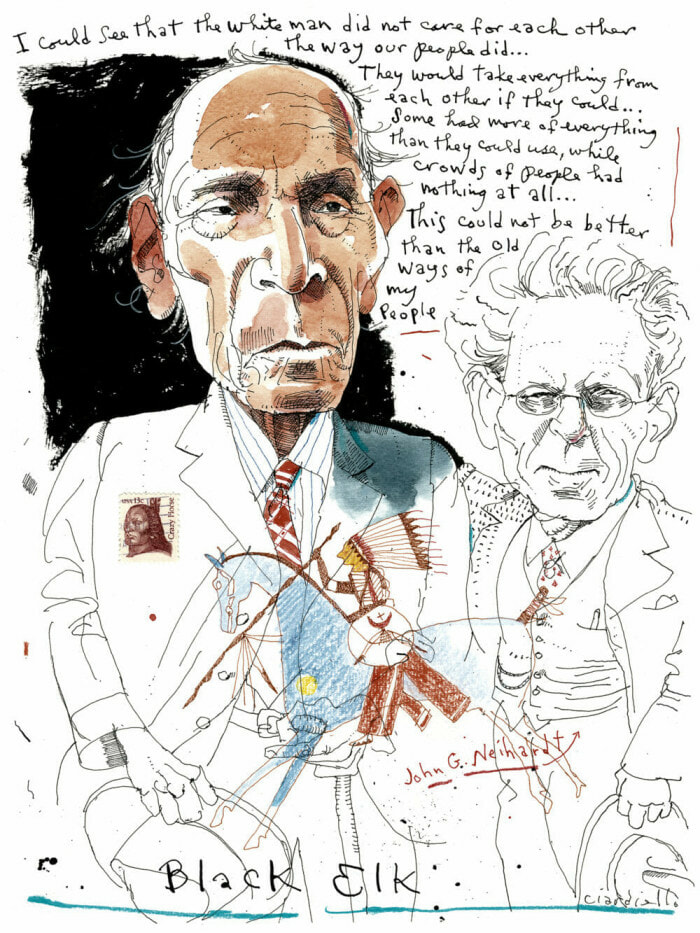 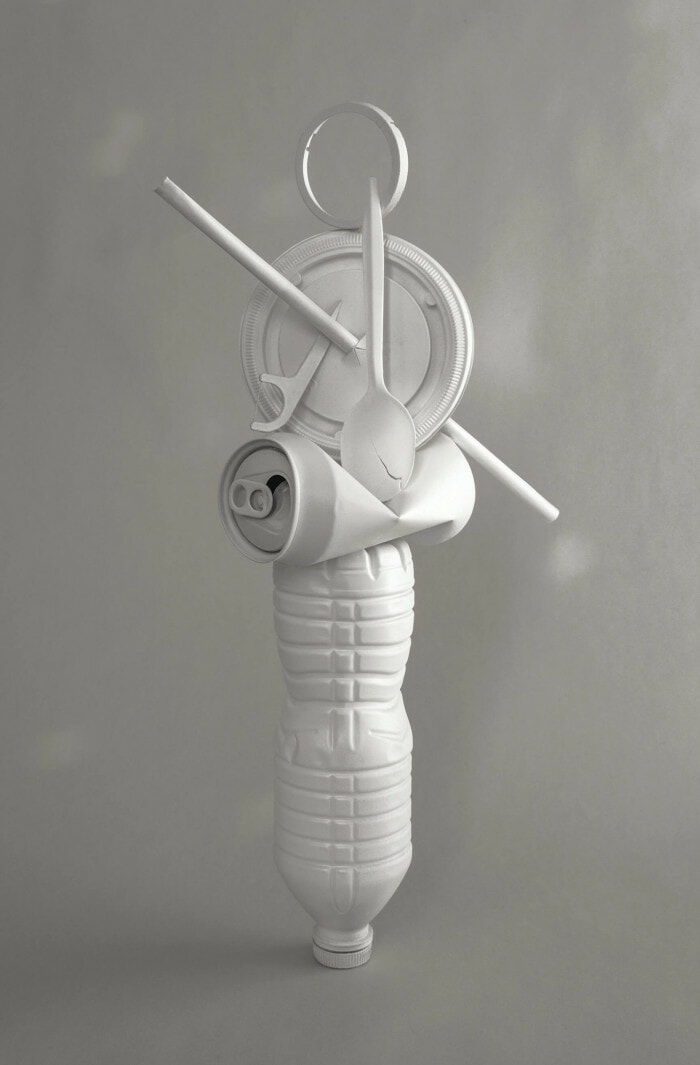