I can imagine him now, a spectacled, jacketed Tom Friedman, alighting from the limousine sent to pick him up. He arrives at the door of King Salman’s palace in Riyadh, playing the part of the deliberately bumbling, pretentiously unassuming intellectual, armed only with questions. I don’t need to imagine the rest. Friedman’s New York Times column of last week captures the ensuing scenes, the dining on meaty morsels with the suave and English-speaking crown prince, thirty-two-year-old Mohammed bin Salman, the asking of banal questions, the coterie of courtiers who add “spice” to the conversation. Effusively titled “Saudi Arabia’s Arab Spring, at Last,” Friedman’s homage to the monarchy reveals one sure thing: giving Friedman the “buddy-of-the-almost-king experience” is a good bet for any controversial royal. Friedman’s gift appears in his essay’s congratulatory conclusion that the top-down reforms instituted by a corruption-conquering Mohammed bin Salman will herald a new era for the Muslim world.

The goal of this new era, Friedman tells us, is to “bring Saudi Islam back to its more open and modern orientation—whence it diverted in 1979.” Before then (as cell phone videos that Salman’s courtiers showed to Friedman attest), things were rather free in the Kingdom; women weren’t as covered and there were even concerts. In fact, as Friedman cheerily tells us, that last bit of return to “open and modern” Saudi Islam is already nearly accomplished. Toby Keith performed a concert for men in Riyadh and classical music is making a comeback in the Kingdom. Add to that the fact that Saudi women can ditch their immigrant drivers and you have, per Friedman, the makings of seismic and springlike change.

Friedman’s fawning would be funny if the reality were less sinister. To understand why the magical reversion to some imagined “open and modern” Islam is a lie, one must look beyond the polished marble floors and neatly absent dissenters, to one of Saudi Arabia’s vassal states—Pakistan. Since 1979, that golden year beyond which King Salman wants to take the Muslim world, Pakistan has been the premier site of Saudi Arabia’s religious colonization efforts. Madrassas (religious schools), most funded by Saudi donors, inculcate millions of Pakistani boys into the Wahhabi ideology espoused by the Al-Saud. This includes a literal interpretation of the Holy Quran, one that declares all Shia and Sufis as heretics, all religious minorities unworthy of tolerance, all war justified against unbelievers and all women unworthy of equality. An estimated 26,000 such madrassas are currently registered in Pakistan while another 9,000 are unregistered but still operative. They openly admit to teaching “jihad” against all enemies of Islam, which by their definition includes a lot of Muslims. The men who graduate from these schools have in turn spawned a plethora of extremist groups whose members regularly threaten and kill anyone, from governors who oppose religious laws to bloggers who espouse secular views.

One must look beyond the polished marble floors of Riyadh and neatly absent dissenters to one of Saudi Arabia’s vassal states—Pakistan.

In the days that Friedman was preparing his piece, sprucing up the prose in praise of King Salman’s moderate and open Islam, a sit-in was underway on the streets of Pakistan’s capital, Islamabad. This sit-in, which had been a headache for city-dwellers who needed to cross the intersection, began on November 6. Organized by the supporters of an extremist hardline group called “Tehreek-e-Labbaik Ya Rasoolallah,” it called for the repeal of the Election Reforms Act of 2017, which had passed parliament a few weeks earlier. This law sought to bring all legislation relating to elections into one statute and had seemingly little to do with religion. In an effort to combine separate statutes, however, the language to be signed by a candidate contesting elections was changed from “I solemnly swear” to “I declare.” Latching on to this triviality (which has no legal consequences), members of the Tehreek alleged that the law was blasphemous because it no longer required election candidates to be Muslim. They also (wrongly) insisted that the government had changed the definition of “Muslim” to one that did not include an attestation to the finality of Prophethood.

Cowed, the government of Pakistan clarified that the change was not intended for any such consequence and that, in fact, no such change had been made. Commentators also pointed out that no such change to the oath was possible because the Constitution already established the definition of Muslim and non-Muslim and it could never be changed by a law. It didn’t matter, however, because the monster was roaring and thousands more had joined the sit-in. On Saturday, November 25, the government, in response to an order issued by the Islamabad High Court to remove the protesters, carried out an operation. Even with thousands of elite forces called in, it failed miserably. The protesters had increased their numbers and the number of police had doubled. The leader of the group, a man named Khadim Hussain Rizvi, called on his supporters to protest all over the country. They did, and all of Pakistan’s major cities, from Karachi to Lahore to Peshawar, were paralyzed.

Faced with widespread protests, the Pakistani government, goaded by the military, caved.

By Monday, the government, goaded by the Pakistani military, caved. All of the protesters’ demands—the resignation of the Law Minister; the release of all arrested protesters; a ministry-based demand for the release of Dr. Aafia Siddiqui, convicted on terror charges in the United States; and the promise of prosecution of all alleged blasphemers—were met. So crucial was the role of the Pakistani military in guaranteeing and brokering the agreement that the leader of the hardline group ended his statement by saying that they were thankful for the special efforts of the Chief of Army Staff General Bajwa on behalf of the extremist protesters.

On this same busy Sunday, Mohammed bin Salman of Saudi Arabia was also lauding the Pakistan Army. On November 26, a couple of days after the publication of Friedman’s homily, the crown prince opened the first meeting of the Islamic Military Counter-Terrorism Coalition. The military commander of the coalition is none other than Pakistan’s former Chief of Army Staff General Raheel Sharif who in his remarks profusely thanked the crown prince, stating that the “Fight against the faceless enemy with extremist ideology is complex and challenging, and requires collaboration. Pakistan has turned the tide and has defeated the menace.” Back on the streets of Islamabad, the followers of the Tehreek declared victory against the government and rejoiced at the forced resignation of the Law Minister as the terrified rest of the country looked on in horror and scared silence.

The Pakistani Army is now also King Salman’s Army, a vassal army whose generals, being Pakistanis, can never pose a threat to the House of Saud. The extremists produced by Saudi-funded madrassas for the past five decades, now being openly courted by the Pakistani military on the streets of Islamabad, will fuel the ranks of this army. Like the Pakistani soldiers already deployed on Saudi Arabia’s border with Yemen, they will provide the cannon fodder for Saudi plans for vanquishing all opponents en route to further domination of the Muslim world.

Friedman’s puffery of Mohammed bin Salman misses entirely the cruelty to those, like Pakistanis, whose countries have been destroyed by lethal, Saudi-sponsored religious distortions and madrassa-borne machinations. To believe that some imaginary “open and moderate” Saudi Islam can be resurrected is to believe that all the many thousands killed by Saudi-spawned extremists in Shia processions, in Sufi mosques, in Christian churches, in schools, and at concerts can all suddenly be brought back to life. Thomas Friedman may have been rejoicing in the resumption of concerts in Saudi Arabia, but Wahhabi hardline groups have made it near impossible to have them in Pakistan. Sometimes, to understand the truth of a ruler, you must look beyond the palace walls, beyond the malls of Saudi Arabia, and into the world of those who are cowed and conquered by the king’s armies. 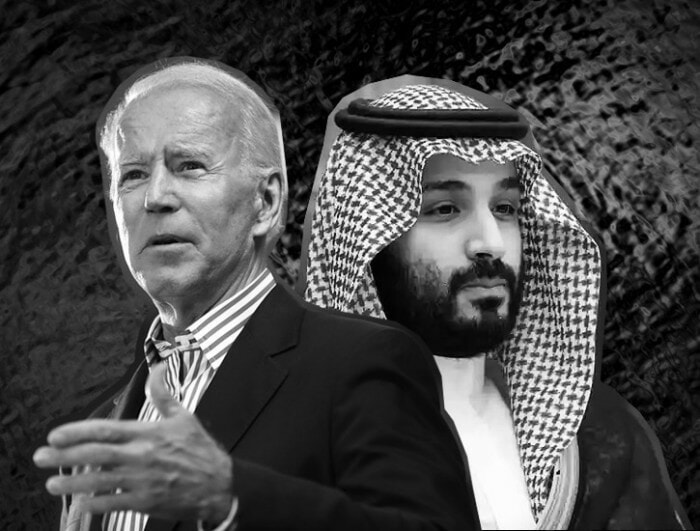 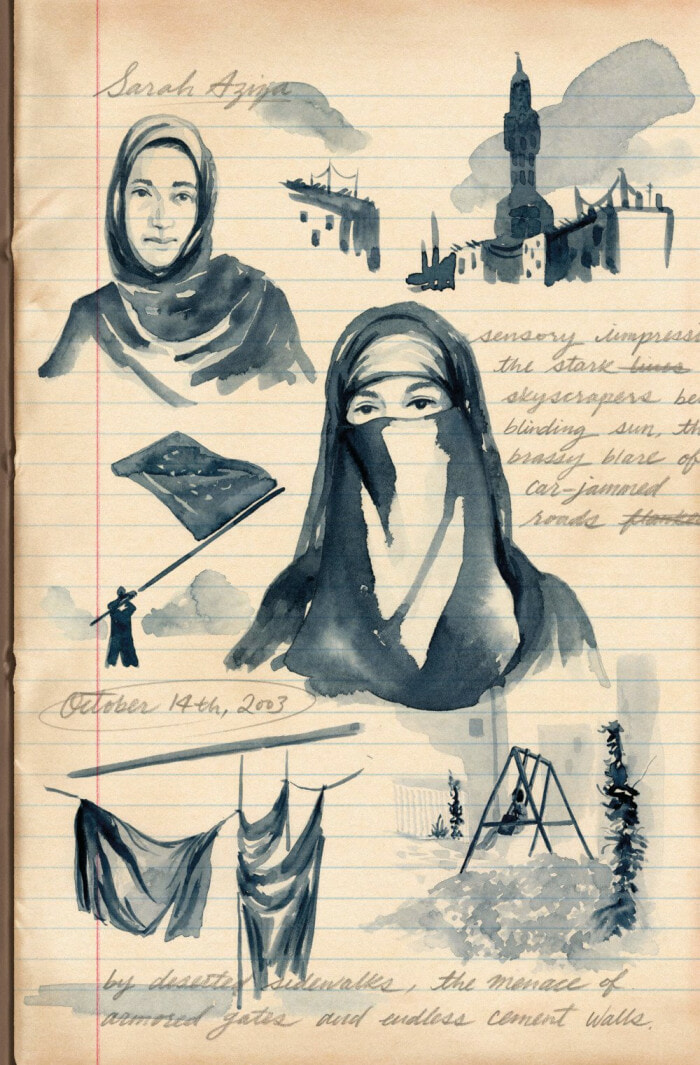 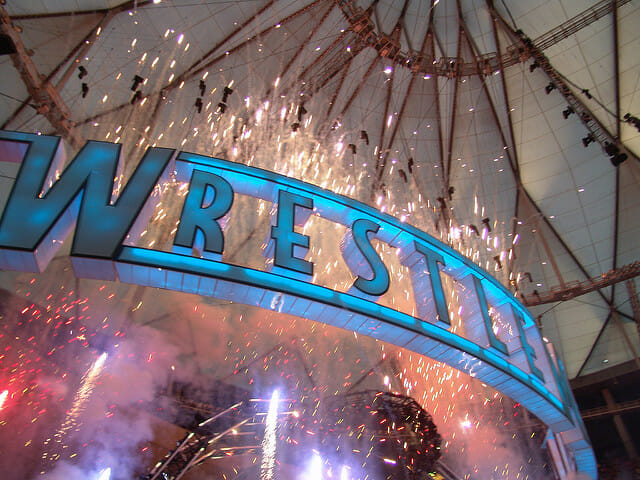