A Face in the Crowd, directed by Elia Kazan in 1957, tells the story of a drifter from Arkansas, Larry “Lonesome” Rhodes, noticed by the producer of a local radio station looking for someone unknown. Rhodes’s performance is a great success and marks the beginning of a dramatic rise: after he is given a radio show, he goes on television, first in Memphis, then on a national channel. He becomes one of the most popular moderators in the country, accumulating riches and celebrity. His success is quick, unexpected, exhilarating. He uproots in a matter of weeks from misery and homelessness and is propelled into the upper echelons of New York society. His weekly show is watched by millions, a close-up of his face is on the cover of magazines, marketing agencies snap up his services. This spectacular rise, as in all good Hollywood stories, is soon followed by a fall no less spectacular: having become a megalomaniac, angry and paranoid, Rhodes isolates himself, takes refuge in grandiloquence and cynicism, and collapses when the young woman who launched his career reveals his real personality. The end of the film pathetically shows Rhodes ruined, alone, and unhappy, fleeing the symbols of his success.

Beyond this classic story of a rise and fall, the film brilliantly describes the mechanisms and the stakes of celebrity in the American consumer society of the 1950s, transformed by the new audio-visual media forms of radio and television. Marketing issues are omnipresent. Rhodes acts in publicity spots, his celebrity at the service of announcers. Kazan, doing research for the film, met with publicity agents from Madison Avenue, and he amused himself by making a fictive series of commercials, which appeared in the movie. The film cleverly mixes two dimensions of advertisement itself, communication aimed at marketing, and the way in which an anonymous individual, a “face in the crowd,” becomes a public figure, known by everyone. One aspect of Rhodes’s success is his way of making fun of the products he is supposed to be promoting, this iconoclastic freedom guaranteeing the notoriety of the brand, and, ultimately, an increase in sales.

This is no doubt the reason that angry feelings towards elites in our democratic societies touch celebrities very little.

If the program audience is made up of consumers, it is also made up of voters. A Face in the Crowd was the most overtly political of all Kazan’s movies. In the second part, Rhodes becomes the consultant to a senator who wants to run for president. Rhodes advises him with frank brutality to create a media persona in order to become popular. When the senator invokes the “respect” due a politician, Rhodes responds that ordinary people buy beer because they like it, not because they respect it. This way of reducing politics to the immediate satisfaction of the consumer is meant to show Rhodes’s vulgarity, but it also reveals a future for democracy based on advertising, which the rise in political marketing has only confirmed. It corresponds to the feeling of power that overwhelms the media host, persuaded that through power he can get anything he wants from his public. Wanting to transform his cathodic celebrity into political popularity, Rhodes even at one point dreams of a political career. The film shows a certain vague anxiety in the face of transformations taking place in politics, less threatened by classical Caesarism than by a new form of populism, that of marketing, reducing politicians to the status of commercial products aimed at the simple tastes of ordinary people and giving popular stars an unprecedented power to manipulate public opinion. What assures Rhodes’s success is his average-man identity, that he talks like the people and addresses himself to them, offering a form of “grass-root wisdom,” as proclaimed on the cover of a magazine seen in close-up.

Could his success be a metaphor for a new democratic era, the precursor of which began to be felt at the end of the 1950s in America? Did Kazan anticipate the service of Ronald Reagan, a former actor putting his fame and his television mastery at the service of a conservative political message, organized around the simplicity of the people? The Kazan film explicitly laid out the menace of popular opinion controlled by a demagogue. Rhodes repeats: “I am a force,” to the point that he worries those close to him and they end by betraying him in the name of the public good. Celebrity is shown not only as illegitimate in the cultural domain; it becomes dangerous when undue power is exercised in the public sphere. Political criticism of the effects of celebrity and the dangers of media-constructed democracy is the most explicit ideological thread in the film.

Kazan’s worry in 1957 was a response to the growing takeover by new audiovisual media, with a consequent confusing of commercial, cultural, and political issues, given the influence of publicity. A critical discourse had begun to take shape, denouncing the destructive effects of various kinds of media, its capacity to create from whole cloth factitious stars and put them on before a passive and alienated public. Most of the dangers that threaten us regularly—celebrity politics, the influence of advertising, the rapid and ephemeral success of pseudo-stars—were already strongly denounced half a century ago.

This criticism of celebrity, however, has often remained ambiguous. Who is to blame? The overly ambitious stars? The media? The public itself? Rhodes, in the end, is more pathetic than really dangerous. When he thinks he is manipulating opinion, he is himself being manipulated by the “General,” a rich patrician who calls on him to launch the campaign of a senator in the same way one launches a brand name. Rhodes is only a tool, adapted to the new media, controlled by the political power of traditional elites. Though his visibility seems to give him power, it is only trompe l’oeil. Even if Kazan is careful to make Rhodes unlikeable, the film suggests, just beneath the surface, that he is primarily the victim of a profound psychological imbalance. His celebrity shows him an outsized image of himself, all the while pushing him to greatly individualize the seduction he exercises, up to the point of forgetting that his success is the result of collective work. Like numerous public figures, Rhodes is confronted by an immense and curious public that maintains a long-distance intimacy with him, as well as a weakening of the social and affective bonds with his closest friends. Rather than embodying the demagogue he thinks he is who influences the public, he is the plaything of a public that takes a shine to him but can, from one day to another, move on, leaving him beaten and hopeless, deprived of prestige that was only a mirage. Rhodes is selling his own image, but he is also, consequently, a consumer product, perishable, and quickly out of date.

Celebrity is not status. Celebrities do not make up an elite in the traditional sense of the term, with implications of power or the ideology of superiority. Stars do not have positions in institutions. This is no doubt the reason that angry feelings towards elites in our democratic societies touch celebrities very little. The public sees in their way of life not a symbol of an unequal caste system, but rather an object of fascination, potentially available to everyone and which only depends on the goodwill of the public. And perhaps this is why stories about fallen stars are so successful. The public takes pleasure in seeing stars suffer; their weakness is the public’s power.

The ambiguities of celebrity, a source of prestige and an object of criticism, are inseparable from the ambiguities surrounding images of the public.

The ambiguities of celebrity, a source of prestige and an object of criticism, are inseparable from the ambiguities surrounding images of the public. Commercial and public success is often sought yet also disdained. In the political realm, the public is only an approximation of a political community, as shown by the very complex status of public opinion, decried for its passivity and its capacity to be manipulated, or for its excessive and aimless passions, but it is difficult not to take public opinion into account in a democratic system. Criticism aimed at the public, found in theories about mass culture as well as in ordinary discussions, sometimes targets its size, sometimes its passivity. The underlying idea on which these criticisms are based is the autonomous individual, liberal or romantic, whose judgments, even when informed by conversations and discussions, display a personal use of reason or authentic subjectivity. In the second case, aimed at its passivity, the public is perceived as an indistinct mass of consumers subject to powerful advertising devices, in the culture industry and in the media.

The principle of political representation, since the time of democratic revolutions in France, the United States, and England, has raised questions about popularity: John Wilkes, Ben Franklin, Mirabeau, were the first “political celebrities.” Democratic policy is not simply a question of rational debate, but it is also the embodiment of symbols: celebrity, which is based on a fiction of intimacy seems to promise a closeness between the people and politicians, a fundamentally ambivalent closeness because it can easily be manipulated. Even so, this kind of celebrity, which does not always translate into votes, must not be confused with the cult of personality that is orchestrated by totalitarian regimes. The importance of celebrity in modern political life is not an aberration from the democratic ideal: since the beginning of modern political representation it has been at the heart of it. Does this mean that it is not dangerous? Certainly not. All aspects of political representation that derive from the aesthetic, emotional, and affective dimension are particularly susceptible to being used to the detriment of rational discourse. They can veer off into despotism or toward a fanaticism that is incomprehensible to the elites. But these dangers at the heart of the democratic principle have been identified and discussed since the Atlantic revolutions at the end of the eighteenth century. We cannot take refuge in a nostalgia for an ideal democracy that has never existed. We must face the congenital fragility of what we have inherited.

Excerpted from Antoine Lilti’s The Invention of Celebrity (Polity, 2017).

Antoine Lilti is a historian at the École des hautes études en sciences sociales, in Paris. 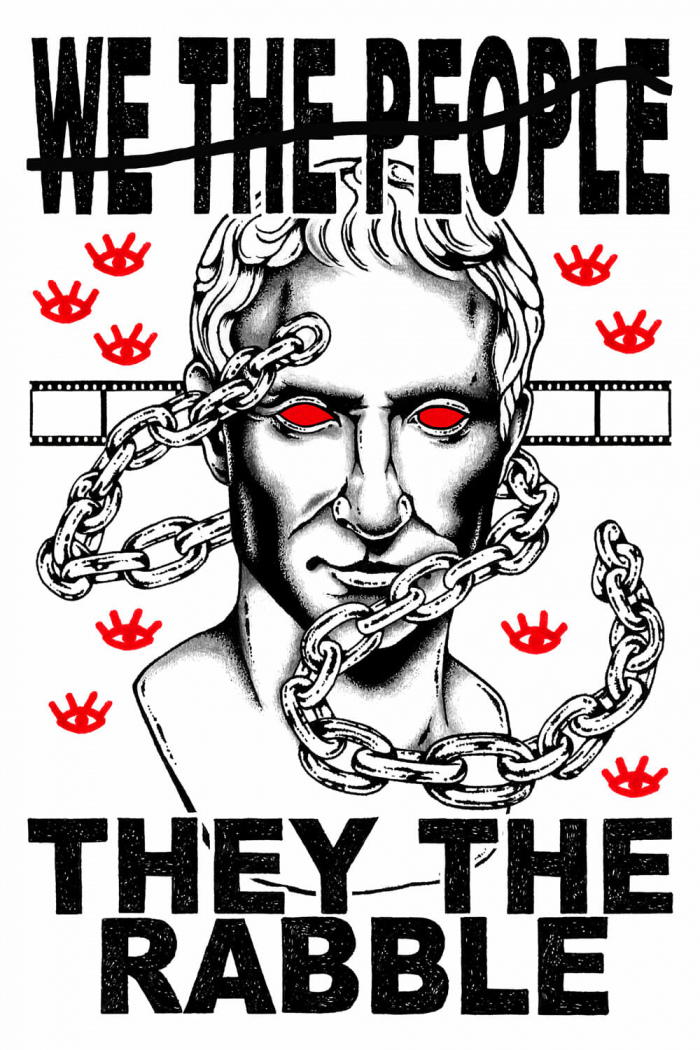 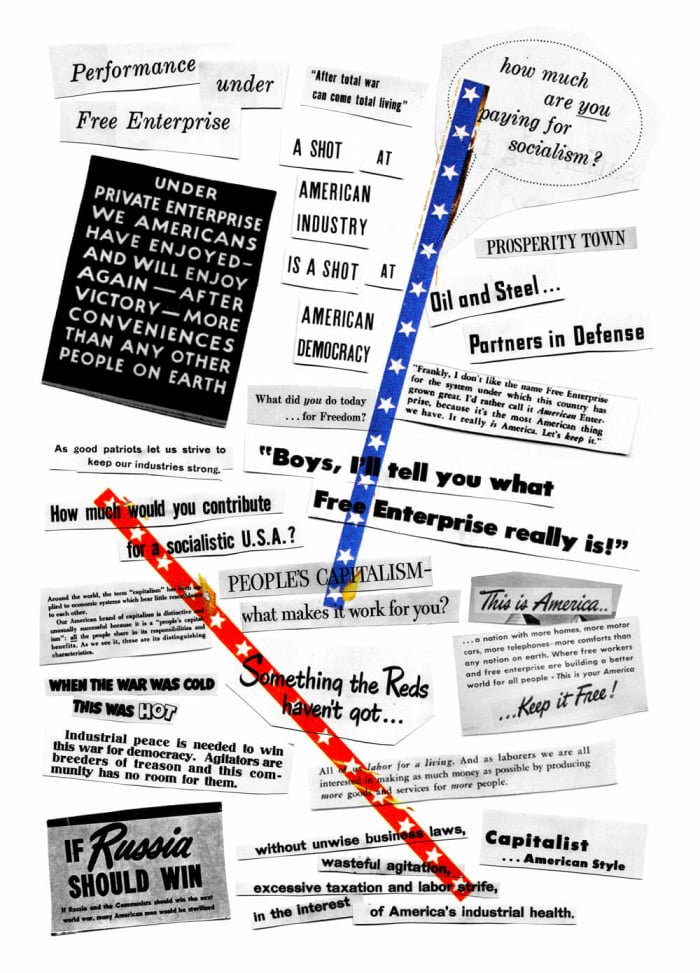 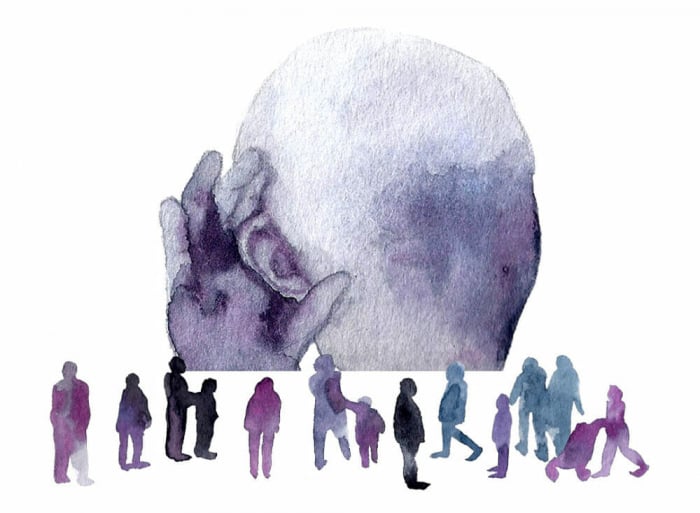