Food-and-travel shows are the most stalwart escapist fare we have, offering a quaint dose of cosmopolitanism without the stomach-turning after-effects that come with more sober adventures in imperialism and globalization. That said, the food-focused second season of Master of None, the Netflix dramedy helmed by Aziz Ansari, is an acquired taste. The series debuted to great, and deserved, fanfare last year for its hang-loose multicultural portrayal of the working-dating-socializing rounds of millennial New York—but this season, the show’s adopted a wider, and thematically fuzzier, aperture.

It’s largely a sampler of gap-year soul-searching and foodie-ism, with musings on romance, religion, and existential angst thrown in the mix. While splicing in homages to films like Bicycle Thieves and L’Avventura, this season’s ten-episode arc alludes to finding-yourself flicks like Eat Pray Love, Stranger Than Paradise, and Frances Ha. Parts of it even hearken to the cult-curiosity Kodoku No Gurume (The Lonely Gourmet), a Japanese series about a businessman who eats in restaurants and eavesdrops on the melodramas of servers and fellow patrons. The result, a smorgasbord of whimsy, smarminess, optimism, and food porn is surely not for everyone. It’s like what would happen if Alain de Botton, Giada de Laurentiis, and Quentin Tarantino became showrunners of Rick Steves’ Europe (now that’s a show I’d like to watch).

As in the best television (and travel media), Master of None invites you into a highly particular world. This season, Ansari’s Dev Shah begins in Modena, Italy, where he decamped following his climactic breakup with Rachel (Noel Wells) at the end of season one. Dev spends his days apprenticing at a mom-and-pop pasta shop and caroming around the city’s cobbled streets with Francesca, the granddaughter of his pasta teacher, and her little brother Mario. Still nursing an acute case of romantic heartbreak, he spends the early episodes pining for connection, meeting intriguing dates, and losing those threads just as easily as he picked them up. He does the Italian countryside with his “Big Bud” Arnold (Eric Wareheim) and gets into wacky adventures with him, like getting their Fiat stuck, Austin Powers-style, in a narrow corridor. It’s a predicament made funnier by Dev’s insistence on Instagramming the image of his claustrophobic friend in the car before going to find help (apparently this actually happened to Ansari and Wareheim).

Perhaps as a function of main star’s burgeoning shallowness, this year’s Master of None excels more in featuring solo players.

When he gets back to New York, Dev takes a job as a host of the Cupcake Wars doppelganger Clash of the Cupcakes, and endures professional mediocrity while growing increasingly attracted to his Modena friend Francesca, who visits New York with her fiance Pino, a tile salesman in the United States on business. Dev and Francesca’s charming friendship begins to grate after four or five episodes or so of the same perfect dates, the old-hat attempts to bridge their language gap in sweet, rom-com formulaic ways. Every one of the not-quite-couple’s hangouts is a meet-cute. And all of their interactions are just a bit too delightfully quaint and rapturous, as carefully assembled as one of the Modenian pastas Dev obsesses over.

Francesca becomes, in this way, to quote the Washington Post’s Alyssa Rosenberg, a “languid pixie dream girl,” refracted through the same Italian haze that made Tony Soprano conjure up one of his own. I can’t tell if the Francesca character is an admission that Dev’s worldview is a bit too twee, or an attempt to recreate the magical early phase of a relationship. Alternately, it may just be a narrative blind spot the showrunners have yet to address despite their generally “woke” alertness to gender and cultural difference.

Then again, Master of None’s world is sort of a fantastical place anyway, informed by the real world but only glancingly encumbered by its strictures. That all characters seem to have the instant capacity to drop everything and go to Italy, Japan, or fall into TV-hosting careers with virtually no effort, places them in a New York closer to the world of Gossip Girl, Sex and the City—or The Apprentice, for that matter—than to the oft-punishing gauntlet of daily survival that many New Yorkers hustle through. Dev’s blooming romance with Francesca falls within the show’s epicurean logic: it’s simply one more plot device for Dev to explore his overwhelming delight in the sensual world (eating, sex, romance, music).

Master of None’s second season is best when its characters are alone, either siloed in their own singular episodes or off living their lives apart from the buddy group that predominated over the antics of season one. It’s not just Dev’s relationship with his Italian dreamgirl that rankles. The resolutely insular character of the cast’s group dynamics was one of the most charming features of the first season, but now it’s wearing thin.

This is especially true of the central Arnold-Dev friendship. (Among other things, what grown man would allow another to call him “Little Bud”? Well, Ansari apparently, but I guess that goes into the truth-is-stranger-than-fiction file.) I found myself wanting to fast-forward through the Arnold scenes, hoping to see Dev get more screen time in which to put himself back together. On the other hand, it seems as though Ansari and co-showrunner Alan Yang purposefully undercut Dev’s introspection by making him so beholden to his iPhone. In the first season, it seemed that Dev’s personal ethos was “Only connect,” E.M. Forster’s famous line. In this go-round, it’s more like “only connect—to wifi.”

Perhaps as a function of main star’s burgeoning shallowness, this year’s Master of None excels more in featuring solo players and ambitious individual-episode themes. The season’s strongest episodes, including “Thanksgiving,” and “The Thief,” allow individual characters to shine. “Thanksgiving” follows Dev’s black-lesbian best friend Denise (Lena Waithe) over a twenty-year period, as she comes out to her family at the holiday table, while the season-launching “The Thief” is a wistful slice-of-life from Dev’s adventure in Modena. The other highlight, “New York, I Love You,” focuses on the interconnectedness of a few of the city’s inhabitants during the course of one day, but is still structured to give each featured character a minutes-long profile. This season feels like an inconsistent montage of vignettes about love and heartbreak, like a televisual analogue to Drake’s playlist album More Life. In both, the lead impresario proves to be at his best when he’s giving individual collaborators the space to shine on their own. And, like More Life, Master of None’s sophomore season is determined to immerse its audience in an earnest sort of cosmopolitanism—to model a kind of aesthetic life philosophy as well as generating one-liners and romantic plot arcs that make you feel good.

A main underlying theme of this season is what it means to be an artisan, to craft something from nothing.

But for all its high-flown urban sprezzatura, this season’s Master of None works best when it addresses more mundane questions—like work itself. What’s most affecting in “The Thief,” for instance, is its opening footage of Dev painstakingly trying to roll out and handcraft a batch of pasta. This anything-but-glamorous set-piece clearly evokes the personal work of repairing one’s self after a harrowing life-change. Dev’s calm and measured work with his hands also neatly echoes his compulsive season-one hand wringing over his various states of indecision.

In its first season, Master of None (which in its title also delivers a conspicuous callout to the culture of apprenticeship) was able to dine out, as it were, on a lively mobius strip array of pop-culture call-backs and snappy relationship repartee, like Gilmore Girls but with guys (and Denise). This edition of the show is straining at a more grown-up version of adult life—if only incrementally so. It’s at its best in moments like the pasta scene, when it’s less perky and a bit more deliberate and plodding.

A main underlying theme of this season is what it means to be an artisan, to craft something from nothing, whether it’s pasta, TV shows, or relationships—or even one’s self image. Master of None is perfetto when it slows down the whiz-bang onrush of comedic dialogue and cutesy tricks and finds its true heart in its hard-won, labor-intensive power to make people laugh and feel before anything else. 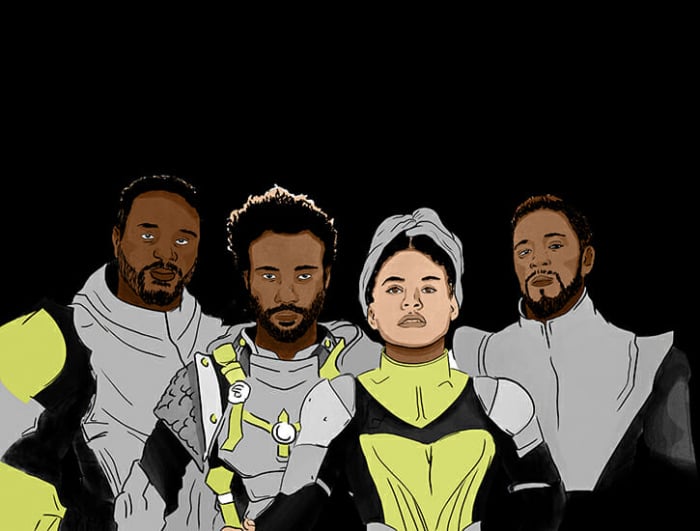 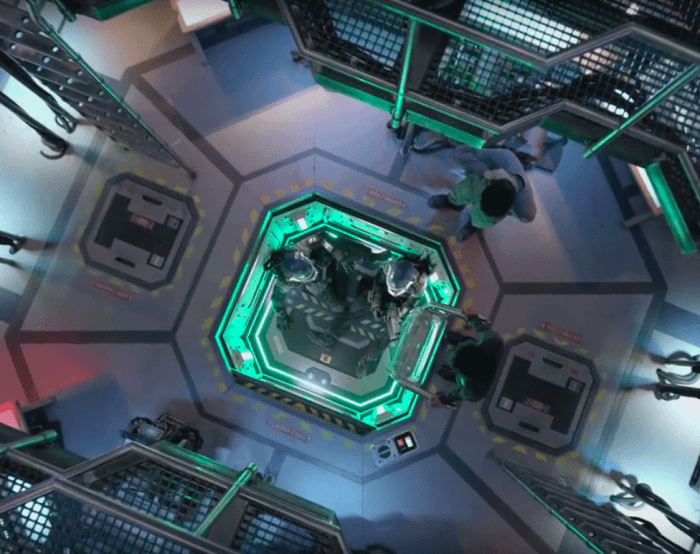 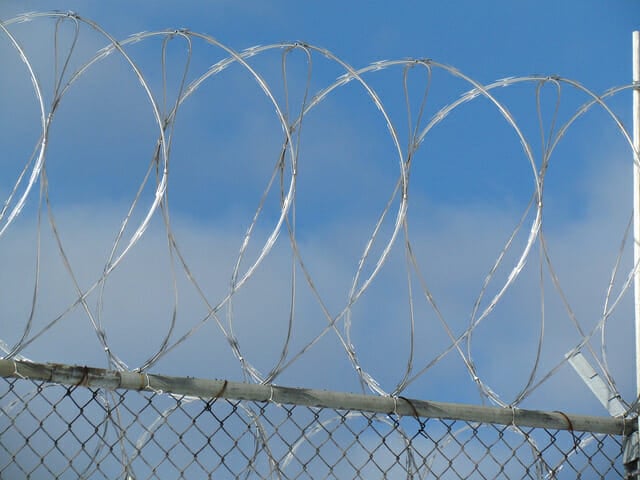 “Orange Is the New Black,” a Prison Dramedy with a Too-Soft Center
Kathleen Geier
Word Factory