[This essay contains mild spoilers for the new season of Orange Is the New Black.]

I am an unabashed fan of women’s prison movies. The kind I prefer are not the 1970s women-behind-bars exploitation flicks that catered to straight mens’ sexual fantasies, but the ones made during the classic Hollywood era. The classic Hollywood women’s prison films were nearly all B pictures, but the best of them offered earthy humor, raucous energy, and hard-boiled social critique.

The actresses who starred in them were allowed to portray a far wider and more complex range of human types than was permissible for women in more conventional films of the period. These were “women’s pictures” that, for once, didn’t foreground women’s relationships with men, but instead focused on women’s relationships with each other—as well as their conflicts with society writ large.

Part of what made them so compelling is that they depicted truths about women’s lives that were far darker and more disturbing than the officially approved heteronormative happy endings of other Hollywood productions. The most serious of these films dramatized how easy it was for poor and working class women to end up on the wrong side the law—and also how, once these women were branded as criminals, the corrupt, dehumanizing prison system tended to ensure they stayed that way.

One of the earliest films in the women’s prison genre is the highly entertaining precode romp Ladies They Talk About (1933). The magnificent Barbara Stanwyck stars as a fast-talking dame, who, following a brief but heady career of robbing banks and seducing men of the cloth, is sent up the river, where she sneeringly refers to fellow inmate as a “daffodil,” then clocks her in the jaw. Also memorable is Women’s Prison (1955), featuring an irresistible scenery-chomping performance by Ida Lupino as a tyrannical warden as well as a prison riot caused by the treatment of a pregnant prisoner that is one of the most thrillingly subversive, and feminist, moments ever in a classic Hollywood film. Most notably of all, there is Caged (1950), a gorgeously photographed noir directed by the eventually blacklisted John Cromwell, which has been called (by film critic Jonathan Rosenbaum) “probably the most ferociously effective and politically potent women’s film ever made.”

Caged and other women’s prison films have been on my mind lately because the Netflix TV series Orange Is the New Black has recently returned for a second season. OITNB has earned wide acclaim, and while I agree that there’s plenty to like about the show, ultimately, it falls short, both as drama and polemic. But first, some of its strengths.

The show features a large and racially diverse cast of fabulous actresses, and provides them with a plethora of juicy roles. It is among the most LGBT-friendly series on television, particularly in its groundbreaking performance by the charismatic transgender actress Laverne Cox. It offers criticisms, and occasionally sharp ones at that, of our nation’s wretched mass incarceration policies. (In the show’s most politically incisive episode, Taystee, the inmate played by Danielle Brooks, tried and failed to make a life for on the outside, and ultimately got arrested again on purpose so she could return to jail.)

Last, but hardly least, the show is undeniably entertaining—it’s compelling, funny, and compulsively watchable. The show’s creators have hit on a clever formula: a typical episode will feature one of the prisoners and give the viewer her backstory (the true-crime narrative of “what she’s in for”). And damn it if, most of the time, those flashbacks don’t suck you in, as mysteries gradually unfold and secrets are revealed.

This season of OITNB is just as strong as the first. The backstories of wedding-crazy Morello (Yael Stone) and the political activist nun Sister Jane Ingalls (Beth Fowler) deepen and darken those characters in unexpected ways. Rosa (Barbara Rosenblatt), the prisoner with terminal cancer, and Poussey (Samira Wiley), an army brat-turned-drug dealer, all get some interesting present-day material to explore. More time is spent on older women’s issues, which had gotten the short shrift in season one.

The main character, Piper Chapman (Taylor Schilling) fades into the background a bit in the second season, which is merciful, because the segments about her annoying WASP family of origin and dreary boyfriend (Jason Biggs) have always been a bore. Many of this season’s best moments are courtesy of Lorraine Toussaint as Vee, a new prisoner who gradually reveals herself to be a chillingly vicious sociopath. Toussaint’s performance is so powerful that I’m astonished I hadn’t heard of her before.

And yet, as enjoyable as OITNB frequently is, it has never rivalled the most memorable episodes of The Sopranos or Game of Thrones. There is too much unnevenness in quality here. The Piper-centric episodes tend to be the least compelling, and other than Rosa, the Latina characters aren’t especially well written. In season one, the show’s representative of the Southern white working class, Pennsatucky (Taryn Manning), was a “white trash” stereotype straight out of Deliverance.

There has also been a steady stream of sloppy inconsistencies and implausible plot points, some of them minor (characters with Dominican and Puerto Rican accents wax sentimental over Mexican foods like tamales and chimichangas), others more significant (Morello, an inmate who drives the prison van, is allowed to chill by herself in the hospital parking garage for three hours, without being monitored). And so on.

But the show’s deepest failures are political. OITNB is a series set in prison, yet time and again, it ignores the worst injustices of that system. Nearly 10 percent of prisoners are sexually abused while incarcerated, but the show has not dramatized prison rape; instead, it has offered an offensive subplot about a fake rape charge by one of the prisoners. The majority of women in prison are mothers of children under eighteen, yet this aspect of prison life has barely been touched on in the series (PDF) (most of the featured characters are childless, and the rest are mothers of adult children). The exploitative practice of using prison labor to work for private contractors is booming, but that’s another issue that’s not explored at all in the series. Many prisoners experience medical neglect or malpractice, especially at the hands of private health care providers. In the California prison system between 2006 and 2010, over 100 unauthorized sterilizations of female prisoners occurred. Again, abuses like these have not been depicted in the show.

The daily dehumanizing aspects of prison life are also largely downplayed. As one ex-convict who reviewed the show noted, the guards in OITNB are far less menacing, and far less present, than their real-life equivalents tend to be (there’s even an extremely schlocky prisoner/guard romance). In the end, OITNB is a well-meaning but soft-centered dramedy that makes a prison stint seem only slightly rougher than a semester at an unusually strict girls’ boarding school. The show’s dual Achilles heels are its refusal to grapple with the realities of the prison system and its failure to examine the long-term effects of this system on the inmates.

The same could not be said of Caged, as is immediately clear from the grab-you-by-the-throat tabloid urgency of its title (in contrast with the jokiness of OITNB’s title). Caged was scripted by a former reporter, Virginia Kellogg, who researched the film by incarcerating herself in a women’s penitentiary. From the very first shot looking out of the tiny window of a dark police van, to its opening lines of dialogue (“Pile out, you tramps! It’s the end of the line,” barks the driver), it’s clear we’re in a far more brutal world than OITNB.

A shy, frightened nineteen-year old first-time offender named Marie (Eleanor Parker, who was Oscar-nominated for this role) is processed, given a number, and poked and prodded like an object during the prison medical examination. The film persuasively dramatizes Marie’s gradual evolution from innocent girl to hardened ex-con and likely career criminal. It’s not that no one in the prison tries to help her. The warden (Agnes Moorehead) is a kindly liberal with reformist tendencies. But her efforts to help are stymied by the sadistic, politically connected matron (played by six-foot-two actress Hope Emerson), an infinitely more terrifying figure than the cast of comic bunglers who guard the ladies of OITNB.

Caged’s most wrenching scene occurs during a prison visit between Marie and her mother. Marie, a young widow, has just given birth, and she is eager to discuss handing over custody of the baby to her mom. But the mother tearfully explains she can’t accept the child because her husband, Marie’s stepfather, won’t allow it. Since no other family members are willing to take the baby, Marie is forced to give him up for adoption (temporary foster care wasn’t an option in those days). Both Marie and her mother are devastated, but as Marie’s mother explains, she has no choice; she must submit to her husband’s will, because if she left him she would have no way to independently economically support herself. It’s a scene that makes the stark class and gender oppression from which both women suffer agonizingly acute.

Caged is one of the rare Hollywood films that, for once, isn’t about a plucky individual who fights the system and wins, Erin Brockovich-style. Instead, it’s about the power of the system to crush the individual. Few mainstream American pop culture products have ever had the courage to be that honest.

To its credit, OITNB has had some powerful moments—the episode about Taystee trying and failing to make it on the outside being one of them. But far too often, the show backs away from the tough stuff in favor of sentimentality and comedy shtick. That’s understandable as an audience-pleasing choice, but unfortunate as an artistic one. 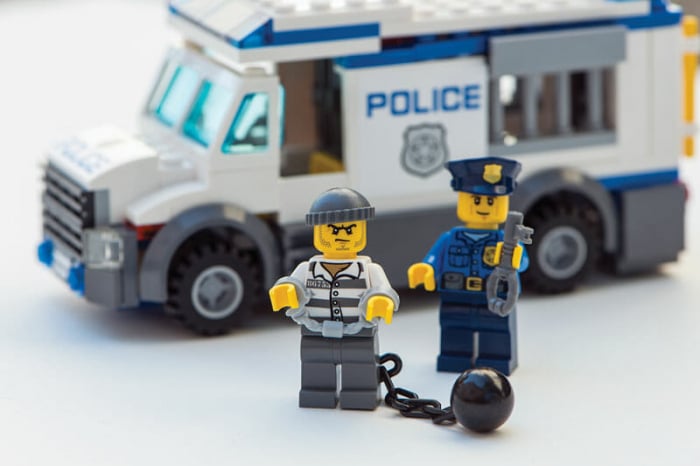 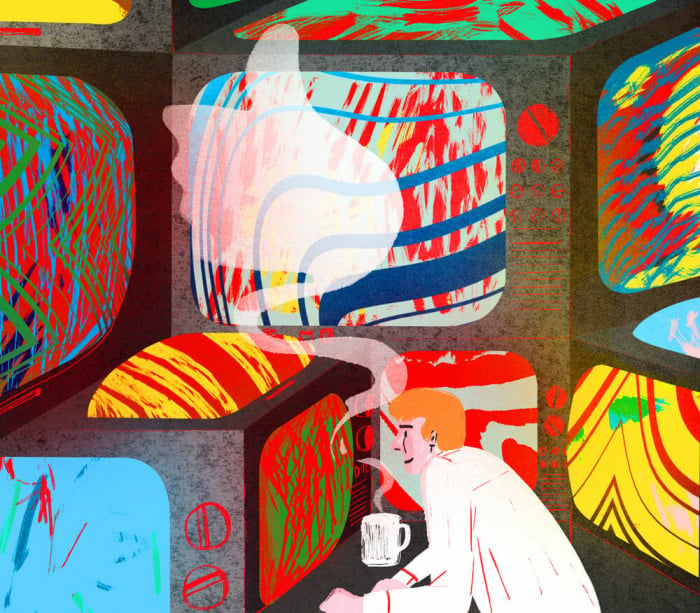