In the end, Justin Trudeau suffocated to death inside a giant sock.

Everyone loved Justin Trudeau’s socks, once upon a time. The NATO socks for the NATO meeting, one blue and one pink: gender equality through common imperialism. The Star Wars socks for Star Wars Day, R2-D2 and C-3PO: international consensus through conscientious nerdery. The rainbow-flag Eid Mubarak socks for Pride Day and Eid: ecumenical open-mindedness to girder a contracting world. Justin Trudeau spoke through his socks, muffled, spitting out wet balls of lint. I’m not a politician, the left sock said, I’m a guy who happens to work in politics. There are things I care about, the right sock said, there are things I want to express beyond words or actions, and when my job prevents me from saying them I will tell them with my body, and clot my flesh with stories, so that you will know who I really am.

The earth teems with problems, and every evil must have its own sock, because Justin Trudeau cares.

When the militia pushed at last into the city, the old groaning mud-huts still standing, the new concrete towers built by the dying nationalist government torn to shards and fine suffocating dust by rockets and artillery, the broad flat streets named for the half-forgotten dictator and his mother and his pets ploughed up into a corrugated mudscape in which the bodies of the dead were planted never to sprout again—when the militia came in, and a crowd of civilians came up from their little vacuoles of safety in the rubble, marching behind a white flag that had been a bedsheet in the old days, and the rebels gunned them all down, Justin Trudeau had to act. Canada wasn’t invited to the six-party ceasefire talks, but that day he appeared at an agricultural policy summit wearing deathly-black socks, patterned with dozens of proud, white flags. He was aghast like everyone else, and while everyone knew about the arms deals, he was doing something. He cared.

Next there was the famine, and Justin Trudeau wore one sock patterned with empty wooden bowls, and one patterned with fat sheathes of wheat. When the cyclones came and engulfed a few wallowing atolls in the Pacific, livestock crushed under the whistling clang of tin roofs as they whipped through the air, the dead whirled out over the horizon and brought back bloated on calm-again seas, Justin Trudeau wore socks in their national colours for his summit with the Prime Minister of Denmark. A sock for every horror. Grim, livid pink and yellow socks to fight gum disease, splotchy orange patterns when the last wild giraffe was killed. Justin Trudeau set aside a small room at 24 Sussex Drive for the socks he would never wear again; he hung them reverentially on the wall, a tapestry of catastrophe, and spent long nights there, looking at all the socks of misery hung in pairs, like notes on the border wall, like scraps of rotting carrion on a barbed-wire fence.

Woke bae Justin Trudeau, who had been transcendent in his socks, hid away from his creature’s-feet.

And then he would have to get undressed, and go to bed, and look at his feet. They sickened him. Those broad flat oblongs, tendon-ridged, breaking out in clumps of thick tangled hair, scrawny and meaty and inedible. And then his toes, five stubby useless worms, or grotesque miniature penises. When he curled and uncurled them he could see the joints bending, all of them together, in a motion that seemed mechanical and almost autonomous, a body that was not entirely his own. It seemed impossible that these things belonged to the same organism as his sweet, handsome face, his airily rolling name, or his mind made of fire and nothing, that cared so much about the world. Woke bae Justin Trudeau, who had been transcendent in his socks, hid away from his creature’s-feet, the obscene pegs of something that was born coated in slime and picked up dirt and died. This would not be his truth.

Justin Trudeau’s socks grew more elaborate, more real, straining to match themselves to the world. There was a fatal explosion at a tar sands refinery in Alberta, and Justin Trudeau went to speak to the victims, and to be alone with the dead. That night, he appeared at a press conference in his most magnificent socks yet. Drenched in crude oil, dribbling black sludge over his brogues and his legs and the floor. Patches of craquelure where blood had dried. Deep seams of sand and gravel stuffed between sock and foot, squelching and stinking. And hooked on to each cuff by a twisted scrap of broken metal, pierced through their greying tatters, two hunks of flesh, each of which had recognisably once been a thumb.

There were more. Socks that whirred with unseen machinery, a pair with jutting silicone mouths that screamed in terror as the Prime Minister tried to speak, one that coiled outwards in great structures of densely knotted wire full of sliding beads and swinging pendulums, another flapping terrifying leathery wings from Justin Trudeau’s calves. Socks patched together from flesh and fur, socks stitched from thorns and nettles, socks that seemed to be still living, rippling, sprouting tendrils or tentacles, things with razor edges, trying to wind their way up the woke bae’s thighs and slice his arteries. It wasn’t enough. These were toys, always imitating something else.

Justin Trudeau discovered to himself that all his life, he had been waiting for the Ultimate Sock.

Could there be a sock that doesn’t simply hide, or signal, or signify? A sock that could transcend itself as a container, a vessel, a flim of cloth saturated in sweat and deceit, a tube for teenage boys to masturbate into? A sock that could inhabit the truth of its sockiness? A sock that would not become something entirely else, but purge itself through the extremities of every lowly and mendacious stitch in its fabric, becoming the Sock-God, the identity of Sock and Unsock, the sock to end the world? Justin Trudeau discovered to himself that all his life, he had been waiting for the Ultimate Sock. His political career had been a prelude. He had been a mannequin all along, a clothes-horse for the great sock that would come.

Finally, Justin Trudeau hobbled out before the world’s cameras. His legs were bound together; he was encased head to toe in a single colossal sock, its wobbles uncomfortably flesh-like as he hopped wheezing down the red carpet. It was a sock in the shape of an enormous foot: his own enormous foot. Laser-mapped by government scientists, built from stem cells and plastics and extruded keratin, perfect down to the corns, the bunions, and the verrucas. Look at me, the Prime Minister of Canada roared. His breath felt hot against itself as he stood naked inside the clamminess of the giant sock. Look at me. This is what I am. He was sweating. His brain pulsed frantically against the brittle membrane of his skull. The air inside the foot-sock was heavy with spittle and sweat, but still it felt thin, empty. He gasped. Again: look at me. The words came out in strangled wheezes. Nobody heard. When he passed out, the foot-sock didn’t move. It stayed there, still, firm on its base, as the cameras flashed, and the reporters shouted questions. And, far away, spiralling past distant lights that faded into warm nebulae, as the world grew bright at the end of an endless black tunnel, a gorgeous pinprick that blinked out without sadness or regret, thousands of people cheered for Justin Trudeau and his sock. 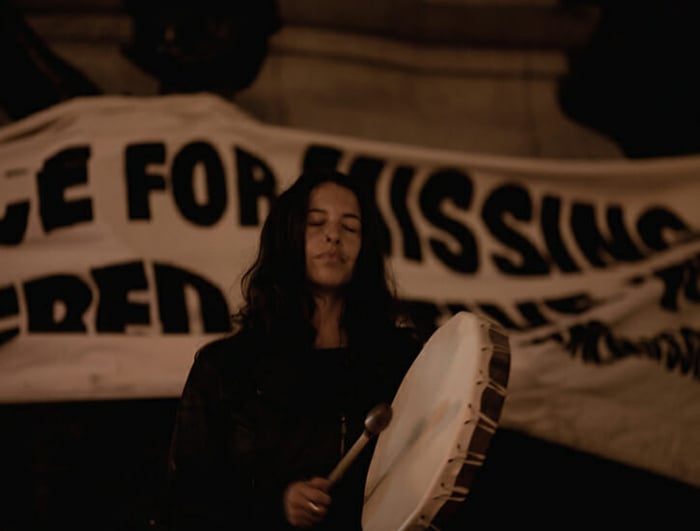 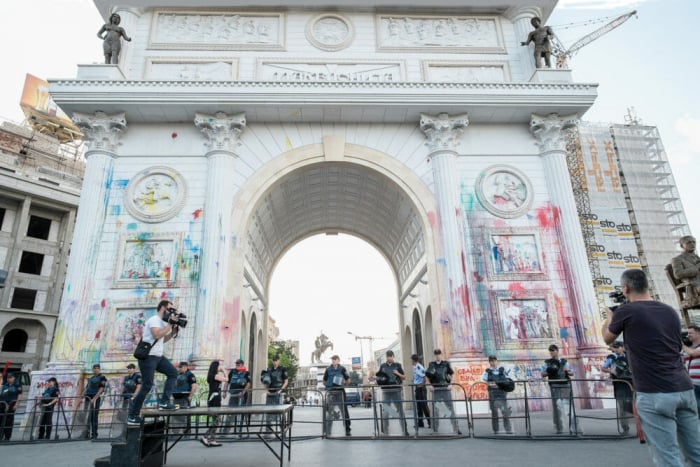