The dominant superhero narrative, at least in its current form, often depends on a metropolis at risk. Whether fictional or real, present or past, a city crumbling in on itself is what’s at stake. A city that seems like one you might love someone inside of, or a city that reminds you of a place where your parents or grandparents might have been children. And so I watched Spider-Man: Homecoming last week, the hero swinging through a New York I recognized and wanted to survive all manner of evil.

The movie was somehow endearing, despite being the ninety-eighth Spider-Man movie released in the past decade. This was, in part, because actor Tom Holland did a better job than his predecessors at capturing the spirit of Peter Parker. The engine of a good superhero movie, in my estimation, is not how an actor plays the hero, but how an actor plays the human. When the costume is on, it—and the expectations that come with it—does most of the work. Holland felt like Peter Parker as we should know him: a clumsy and perpetually overwhelmed teenager who suddenly has to cope with the unexpected weight of responsibility. At points in the movie, Holland’s Spider-Man was palpably thrilled and afraid, a welcome change of pace from the usual on-screen superhero ego. Still, as the hero attempted to hold together the two sides of a ruptured ferry with his webs with the iconic New York City backdrop hovering above his head, I couldn’t help but wonder what was going on in the rest of the country while yet another coastal metropolis had yet another hero trying to stop it from splitting in two.

The early meetings of the Great Lakes Avengers were held at a local YMCA (seriously).

The Great Lakes Avengers were introduced by Marvel in 1989, but never quite hit their stride. Outside of a few cameo appearances in the mid 2000s, they were relatively unknown. Last year, writers Zac Gorman and Will Robson revived the Great Lakes Avengers comics, announcing a new volume and an ongoing series that would focus on the team. Even though I’m no longer an avid comic-book reader, I was excited with the news of the GLA revival and the prospect of an odd, but somewhat fulfilling Midwestern Superhero Saga.

The problem, if it can be called a problem, is that the Great Lakes Avengers are kind of odd. Not even delightfully odd, in the way that the Guardians of the Galaxy are delightfully odd. They’re just a collection of extremely weird characters with no ethos yet to tether their weirdness to something bigger. Personally, I think this makes them even more appealing, but I do understand why this might have an impact on their ability to reach a national audience.

The Great Lakes Avengers are headquartered in Milwaukee, Wisconsin. They are led by Craig Hollis, who, in the middle of his life, realizes that he can’t die, and chooses to fight crime as Mr. Immortal. Looking for a team, he puts an advertisement in the newspaper (seriously). The early meetings of the Great Lakes Avengers were held at a local YMCA (seriously), and the group consisted of a somewhat motley crew of heroes: Bertha Crawford—also known as Big Bertha—a local model who has the ability to make herself extremely large. Doorman, who has the ability to use his body to teleport a person through any solid object (so, as his name suggests, his superpower is that he is literally a door). Flatman, who is actually just a dude named Matt who can make himself really flat and slip through small spaces. He’s also really good at poker, once winning a superhero poker contest in The Thing Vol. 2 comics, released in 2006. Rejected from the group was Leather Boy, a leather fetishist who, as it turned out, had no superpowers, but responded to the ad placed by Mr. Immortal anyway. The GLA had some early members who went on to become more prominent, like Deadpool, who fought beside them for a brief storyline before he was kicked out of the group for being too much of an annoyance. Squirrel Girl, who will be starring in the Marvel’s New Warriors television show, premiering on Freeform next year, was briefly a member of the Great Lakes Avengers, but left after she got tired of fighting battles on her own while other team members hung around and played cards (seriously).

The Great Lakes Avengers, if only briefly, were defeated by a bar fight.

And so, of course, it is easy to see why the Great Lakes Avengers are a bit of a joke, resigned too odd one-off storylines—the kind that generally serve as odd interludes in the usual superhero plots, such as the aforementioned Flatman poker-tournament victory. While I hope that the new series does a good job fleshing out consistent storylines that render the heroes as more than punchlines, I do find myself, through laughter, appreciating the narratives for what they are.

Plenty of superheroes have been said to represent America, writ large, though they spent most of their time watching over those same coastal cities. Yes, the tropes about Midwestern quirkiness and niceties are often played to the extremes, but I think it’s telling—and slightly fantastic—that the group of superheroes assembled in the Midwest (first headquartered in Milwaukee before moving to Detroit) are a bit weird, and unconcerned with flash or ego. What I enjoy most about superhero stories is what I enjoy most about the Great Lakes Avengers and the young Peter Parker: the efforts of normal people coping with their abilities—not ready-made heroes immediately called to save a world they might not be capable of saving. The Great Lakes Avengers came to life because a normal guy got shot, found out he couldn’t be killed, and wanted to see if something could come of it. There isn’t a crumbling city at risk. I imagine the GLA storylines have been so scant because logic suggests that not many supervillains would, without reason, target the middle of the country, and the ragtag bunch hasn’t yet gained enough notoriety to acquire any major arch-nemeses.

I guess all superpowers are, by nature, good for something. But some are clearly more practical than others. That Doorman’s main ability is to allow people to pass through him to arrive somewhere safely, or that Flatman’s main skill is fitting himself into small places to retrieve things really speaks to me. My Midwestern superheroes have powers that only extend slightly beyond the human. They work long hours and still find a way to come home and lift up their children. They play all-time quarterback and never miss a single throw. They are immortal in that they live forever through stories passed down and passed down again. This isn’t specific to the middle of the country, of course. But I like to think that the archetypal superhero of the Midwest really is a weird, clumsy person, burdened with some unusual, unexpected power that asks them to use it to whatever effect they can.

The Great Lakes Avengers, at least right now, don’t really make the world a better place. I mean, truthfully, they barely make their own world better, at least so far. Most of their time has been spent shuffling members, breaking up, going through name changes, and convincing the Avengers to officially adopt them as part of the larger team. In one of their latest dustups, the team gets into a bar fight in a local Midwest bar after trying to convince the bar owner to turn the music down, which resulted in the team getting served with an injunction that forbade them from performing any superhero activity. The Great Lakes Avengers, if only briefly, were defeated by a bar fight.

Since their revival, there has been some worthwhile storytelling: Bertha was kidnapped by a villain named Doctor Nod, who used her DNA to make himself a giant, terrorizing the city of Detroit before the Great Lakes Avengers foiled him, perhaps the first time they’d worked as a team to defeat anyone. I reveled in that storyline, even though it did fall back on our old friend, the bustling city, as its most prominent victim. I suppose, though, if there’s no city to save, a hero might not need to be a superhero after all. They might just play with their kids, sleep in, and play cards while a fire rises far away on the coasts. 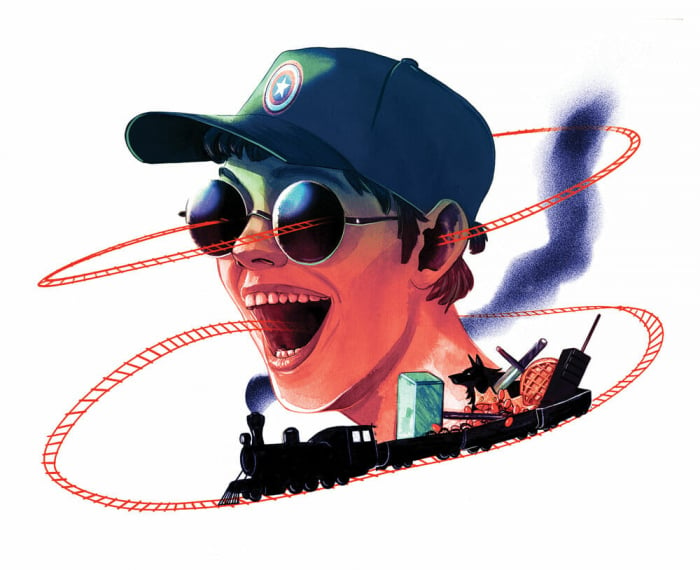 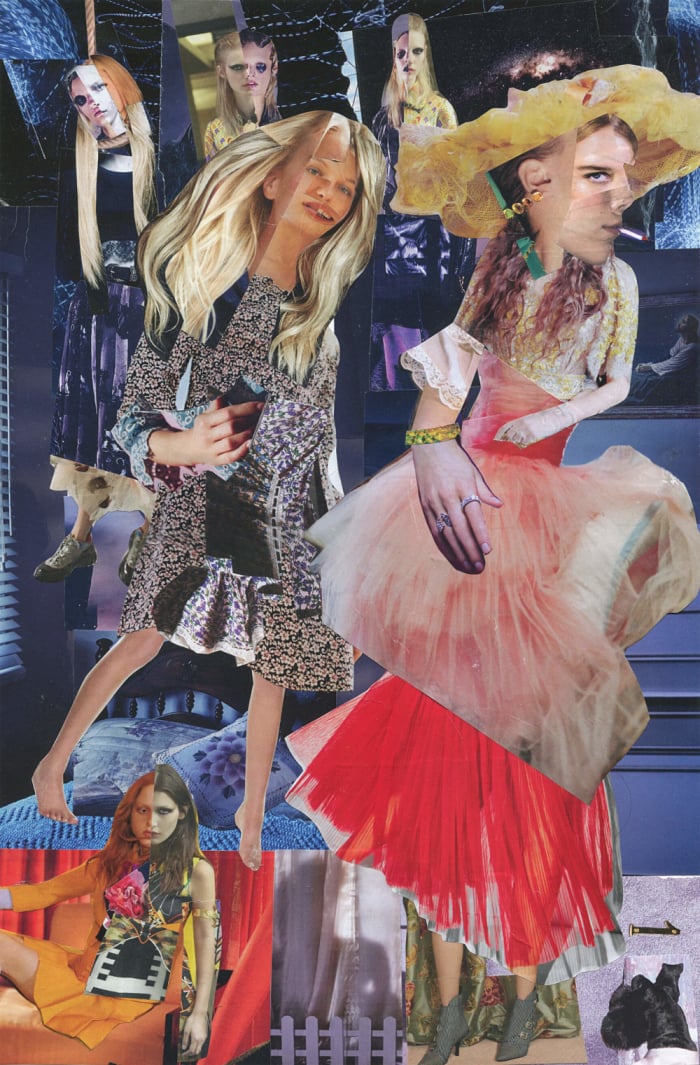 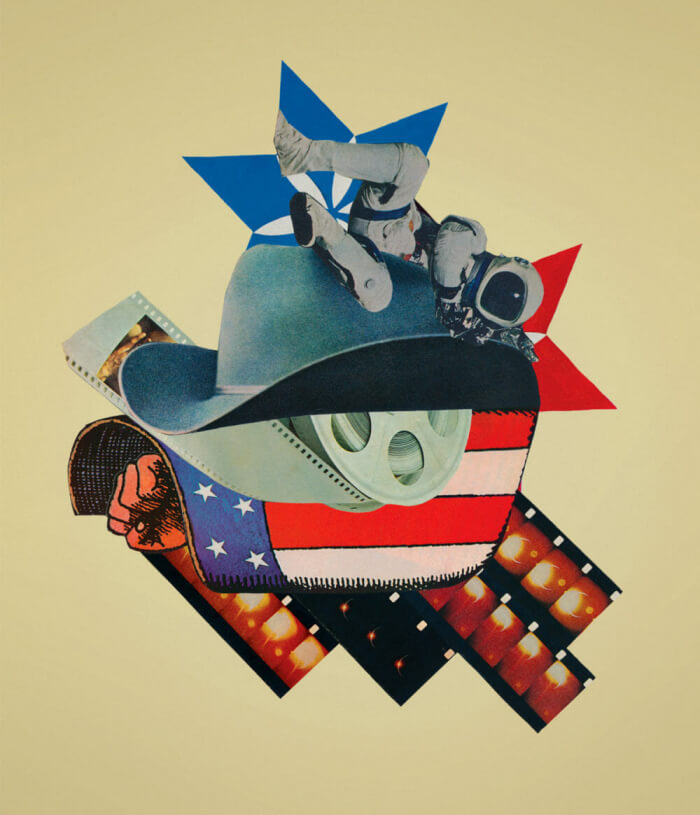