In this, The Baffler’s fiftieth issue, our contributors profile “The New Booboisie”: a cohort of nudgers and mulcters and logrollers with a propensity for power and greed that usually propels them to the top of the American pileup—or close enough.

Take the goons of private equity, who, Whitney Wimbish writes, have concocted a financial racket “so hidden . . . that it’s practically impossible to know for certain whether private equity isn’t just one giant pyramid scheme.” Or the Ricketts family, billionaire owners of the Chicago Cubs, here censured by David Roth for their “tacky rich person shit,” from tax dodging, shell companies, and strategic bankruptcy to sports mismanagement. And still more nefarious, it could be argued, is the feckless billionaire Leon Cooperman, whose relentless interventions on behalf of the indecently rich—in the form of stupid letters and TV appearances—have led Dave Denison to write his own open letter rebuking the old bastard for his top-down class war.

The political realm is governed by the same bleeding-edge folly. Matt Hanson looks back at the career of Oliver North, prototype for the conservative heroes “who keep failing upward.” And Joshua Leifer writes of how American Jewish groups have shifted right in recent years, becoming a vanguard of mere survivalism.

There’s also what passes, Jess Bergman observes, as the front line of literary production, a set of novels featuring women protagonists who are superficially blank and inert, the product of writers unencumbered by the wisdom of solidarity. And in her takedown of mainstream art pretending to represent the flyover states, Jessa Crispin reminds us that “cultural production, criticism, and programming are now governed, in their totality, by indoctrinated middlebrow assholes.” Of course, abject philistinism is also a hallmark of the booboisie, old or new. To combat this, we’ve called on Mary South, whose “The Promised Hostel” marks the return of fiction to our pages.

Yes, in every far-flung corner of the culture industry the boobs are ascendant. Andrew Marzoni takes a look at a generation of academics driven by a desperate job market to “go public,” finding that “the rules are different online, primarily because there are none.” Kyle Paoletta identifies a faux-populist trend in elite restaurant reviewing, “wherein the critic celebrates extravagantly priced food even as they crack woke about the oligarchs it’s being served to.”

Legacy media gets it, too, when Ross Barkan asks what happened to the news and political coverage on offer from the New York Times, which has “clung to a horse race model of coverage that should have been discredited decades ago.” While its readers know better, the Times, like the rest of the booboisie, cling to a darkly Platonic arrangement wherein a class of elites with diminishing value is propped up as skillful and professional while other workers are made expendable. Thankfully, Lizzie O’Shea undermines this shallow myth in “We Keep You Alive,” which attacks the notion that any labor is unskilled. There’s nothing more monstrous, it turns out, than the truly stupid. 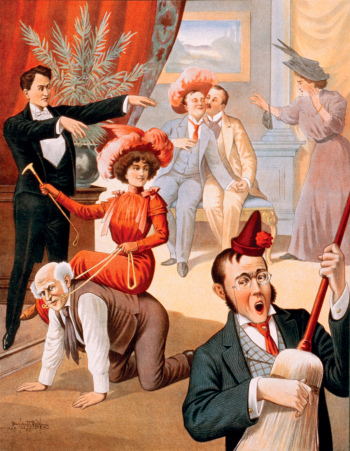 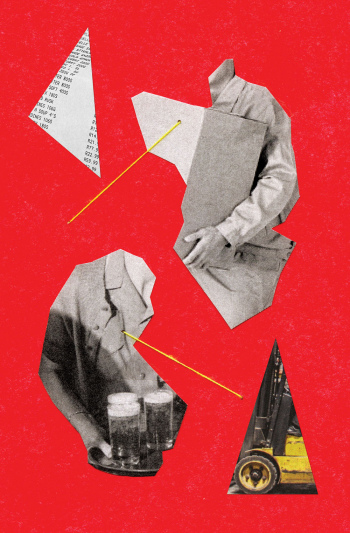 We Keep You Alive 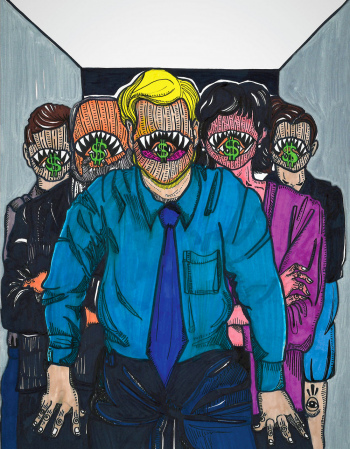 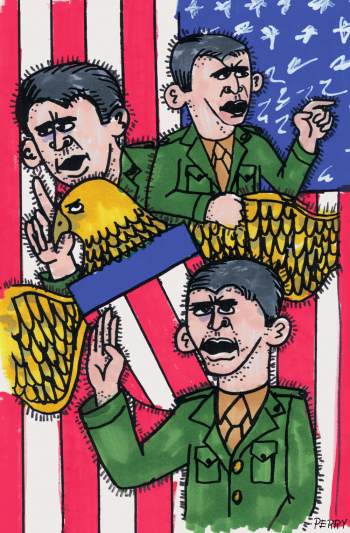 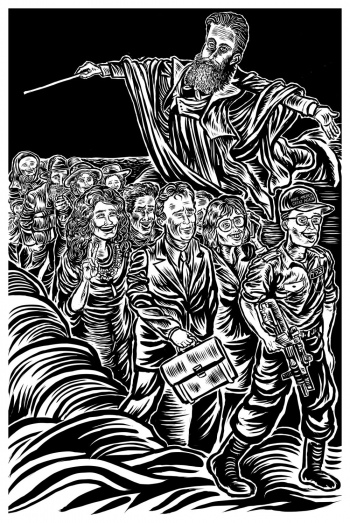 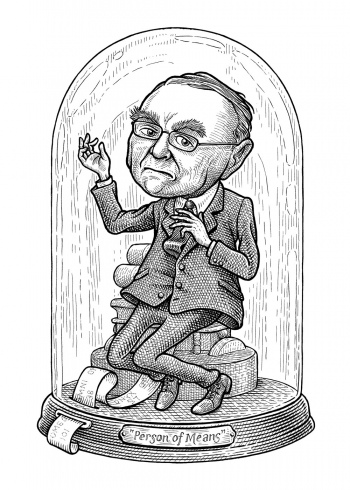 An Open Letter to Leon Cooperman

We detect the rank smell of class warfare
Dave Denison 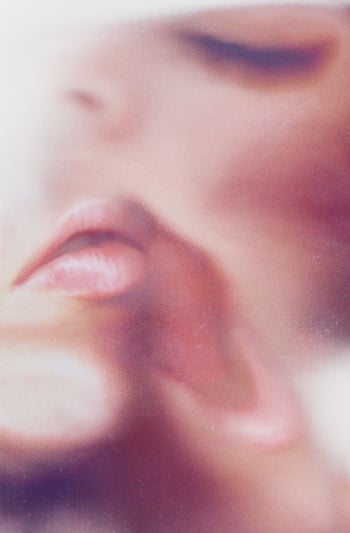 I’m Not Feeling Good at All 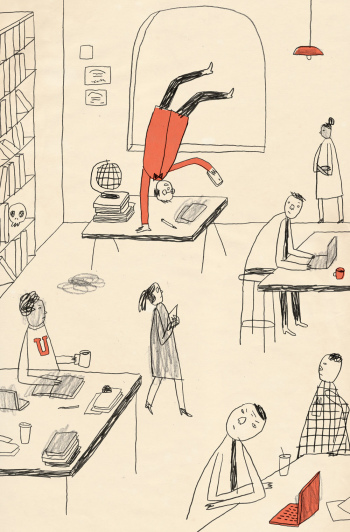 The Trolls of Academe 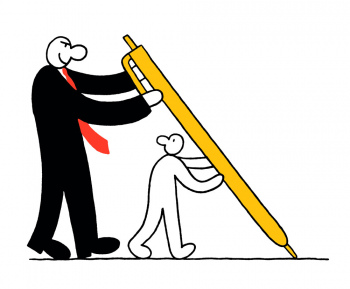 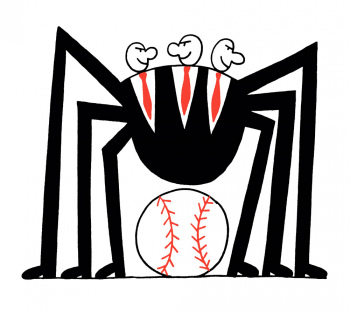 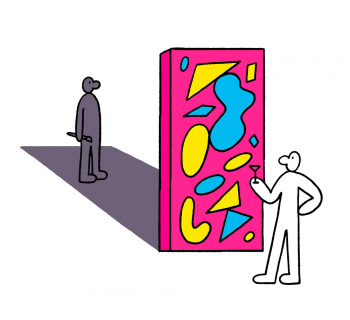 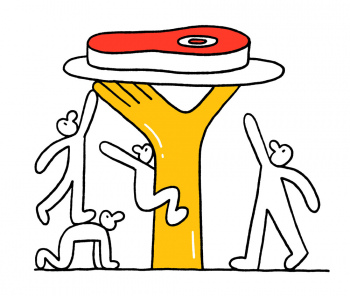 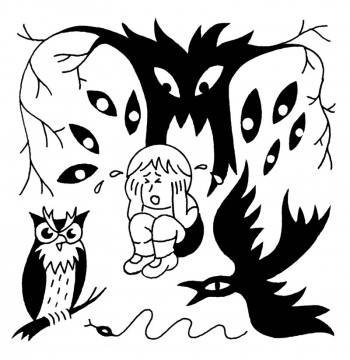 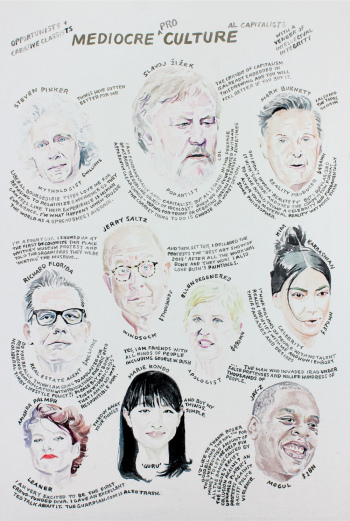 Say Each Day Your Body Wakes Another Body

The Spaceship in Tamri

A Conversation Between Women 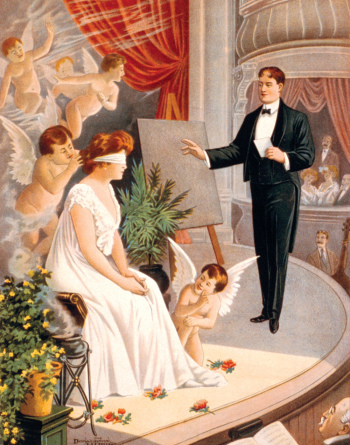