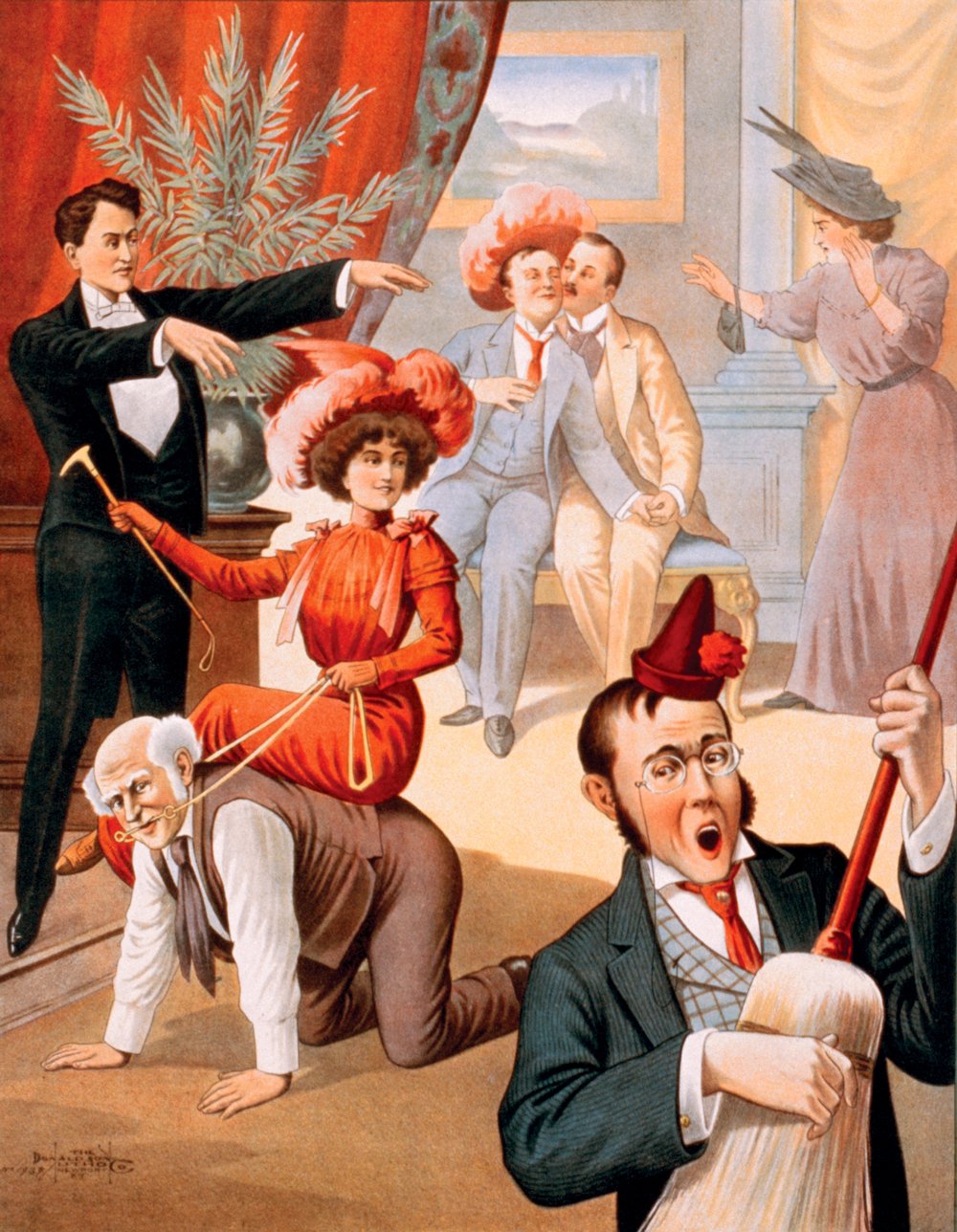 Idiots, as a rule, should be kept apart, but for this, The Baffler’s fiftieth issue, we’ve asked them to hold hands under the banner of “The New Booboisie.” A word often attributed to H. L. Mencken, “booboisie” combines the Saxon “boob” with bourgeoisie to describe “stupid people as a class.” In theory, this grouping could include the dregs of any stratum. But we’ve discovered, in our cross-section of these nudgers and mulcters and logrollers, a propensity for power and greed that usually propels them to the top of the American pileup—or close enough.

Educated beyond their intelligence, empowered to inflict lasting damage, the new booboisie is inept and artless yet beset with confused ambition. Take the goons of private equity, who, Whitney Wimbish writes, have concocted a financial racket “so hidden . . . that it’s practically impossible to know for certain whether private equity isn’t just one giant pyramid scheme.” Or the Ricketts family, billionaire owners of the Chicago Cubs, here censured by David Roth. Somehow winning baseball’s World Series, the Rickettses simultaneously embarked on a parade of what Roth calls “tacky rich person shit”—tax dodging, shell companies, strategic bankruptcy, sports mismanagement—that has mired their accursed ball club in annual mediocrity. And still more nefarious, it could be argued, is the feckless billionaire Leon Cooperman, whose relentless interventions on behalf of the indecently rich—in the form of stupid letters and TV appearances—have led Dave Denison to write his own open letter rebuking the old bastard for his top-down class war.

It all amounts to some bleeding-edge folly. American Jewish groups, in recent years, writes Joshua Leifer, have shifted right, becoming a vanguard of mere survivalism. Abandoning the anti-racism of their predecessors, he writes, “the Jewish institutional leadership believes that most American Jews are wrong—about politics, about Israel, and, perhaps most significantly, about what it means to be a Jew,” ensuring the undemocratic morass of the present. There’s also what passes, Jess Bergman observes, as the front line of literary production, a set of novels featuring women protagonists who are superficially blank and inert, the product of writers unencumbered by the wisdom of solidarity.

Of course, abject philistinism is also a hallmark of the booboisie, old or new. To combat this, we’ve called on Mary South, whose “The Promised Hostel” marks the return of fiction to the pages of The Baffler. We’ve also commissioned the artwork of William Powhida. His exhibit “Boob Jubilee” not only maps out the mediocre figureheads of present-day culture, it also spotlights the booboisie’s infiltration of the mediasphere.

The media gets it, too, when Ross Barkan asks what happened to the news and political coverage on offer from the New York Times, which has “clung to a horse race model of coverage that should have been discredited decades ago.” While its readers know better, the Times, like the rest of the booboisie, cling to a darkly Platonic arrangement wherein a class of elites with diminishing value is propped up as skillful and professional while other workers are made expendable. Thankfully, Lizzie O’Shea undermines this shallow myth in “We Keep You Alive,” which attacks the notion that any labor is unskilled. There’s nothing more monstrous, it turns out, than the truly stupid.