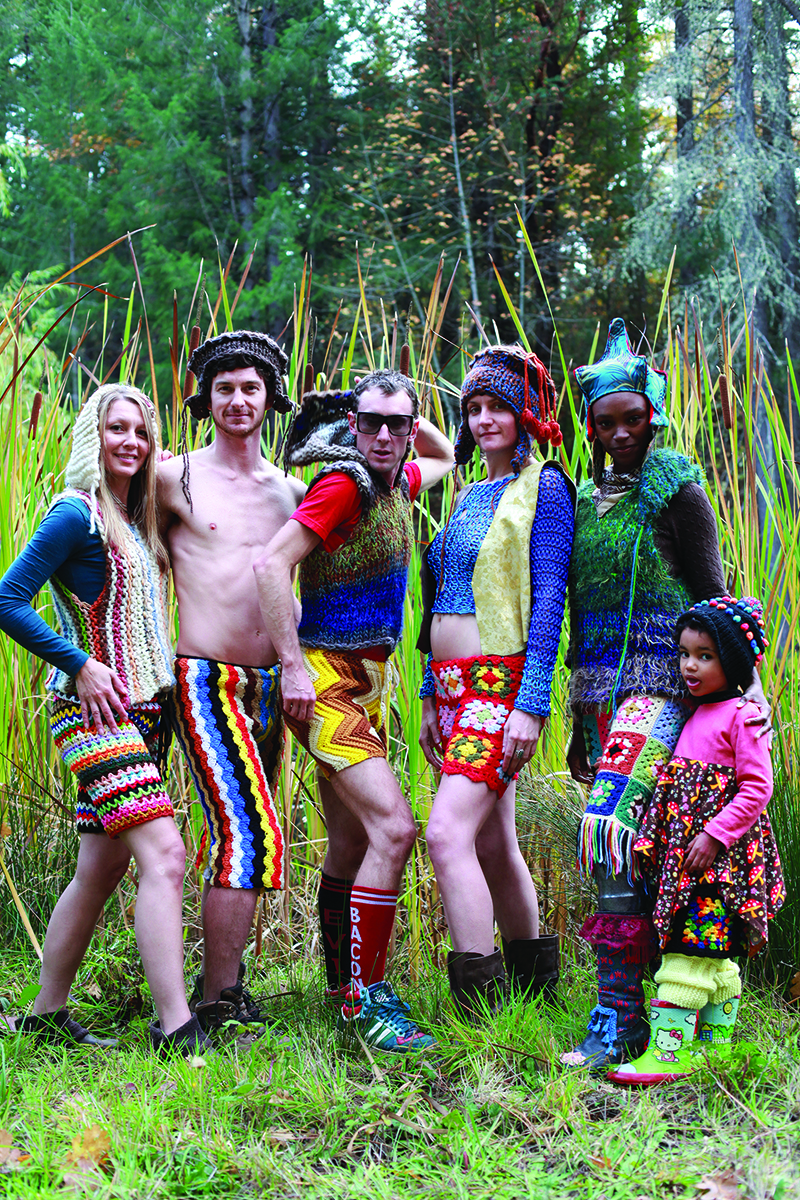 As we buttoned up The Baffler no. 27, on fashion and power, Mercedes-Benz Fashion Week broke out in New York, and additional extravaganzas of the global leisure set were hotly anticipated in London, Milan, Istanbul, Tokyo, Mumbai, Shenzhen, and Moscow.

Pretty soon, we knew, the new spring season of clothing brands, logos, and retailers would be importuning us with unguents and adornments through an ever-expanding arsenal of media accessories—not only magazines and runways, but blogs, streaming micro-videos, reality TV programming, and week after week of luxury-sodden emulation. No wonder the new prime minister of austerity-ridden Greece recently turned up at official functions without a tie, a pithy gesture of just how far down he is with the 99 percent.

Don’t expect us to strut about in neck-rending formalities either. The work arrayed under our slightly furtive label, Venus in Furs, amounts to nothing like the cosmetics kits of upmarket, style-addled journalism.

We’re mindful, instead, that the fashion industry’s main proposition—confusing clothing with personal worth—has been a long-standing affront to women, not to mention a handy insignia for encoding and regulating the rules of social class.

The general drabness of American attire is also something to consider. Here in New England (nobody’s idea of a capital of fashion), the aggressive blandness in dress probably originated, like everything else, with the seventeenth-century Puritan settlers. They wrote their taste for “Sadd colors” into their sumptuary decrees. Dress like a dead leaf.

In our casual, postmodern life, we strap into the sadd uniforms that come with our corporate cubicles, and on weekends don our baseball caps, flannels, sneakers, and mom jeans—the studied, casual look that hipsters have ironically lifted from the working class and that fashion pundits are wont to call “Normcore.”

Okay then, Venus in Furs analyzes the half-life of Normcore, takes the measure of “fast fashion,” reviews the genre of the “sartorial memoir,” makes a case for female supremacy, and, among other provocations aiming to horrify Puritans of all stripes, suggests that the men’s formal necktie is an upside-down penis in disguise. But to the “alternative clothing” outfitting the artisans of American reinvention—like the crochet shorts “made from recycled vintage blankets” on the opposing page—sorry, we have nothing to add. Like the boy said (more or less): the empire has nothing to wear.

A whole set of economic underpinnings must be snapped in place before crochet shorts can seem like a good idea to someone. The same “creative economy” that’s producing expensive artisanal shorts, it turns out, is transforming life in Rust Belt cities like Buffalo, where “white collar” and “blue collar” haven’t quite died on civic tongues.

We have Buffalo covered, along with certain venture capitalists of Silicon Valley, where hooded sweatshirts and kid gloves have replaced the dark suits and black ties of the original robber barons.

Eventually, we checked into the republic of letters to take stock of several model citizens: the grave-faced novelist Philip Roth; Joe Bageant, the “redneck hippie” author of Deer Hunting with Jesus; the Viennese satirist Karl Kraus; and Joseph Brodsky, the exiled Russian poet. No, not exactly fashionistas.

In his first interview after arriving in the West in 1972, published here for the first time in English, Brodsky wondered presciently at the absence of purpose he discerned in life organized around changing fashions. “When I look around,” he mused, “I don’t understand what people live for. My impression is that they live for the sake of shopping. That human life exists for the sake of shopping.”

In order to survive the “illusory multitude of choices,” the writer needed heroic integrity of purpose. “Here,” Brodsky said of the task that remains in large part before us, “you need to be able to look calmly into a void, not expecting it to be inhabited by any applause.” And, he might as well have added, if applause ever does come out of the void, or if you hear the fashion police coming, duck.