It was a bright cold day in January, and the blogosphere was awash in the world of 1984. After senior Trump adviser Kellyanne Conway took to the airwaves to declare that her White House colleagues operated in a world of “alternative facts” it only seemed logical—and instructive—to liken her spin to the truth-bending protocols that occupy much of the action in George Orwell’s classic anti-totalitarian satire. The Conway dustup, along with our new president’s clear predilection for spreading disinformation (about inauguration crowd size, his relationship with U.S. intelligence agencies, voter fraud, and even the weather), also produced social-media spikes in references to Orwell’s kindred fable of state communism run amok, Animal Farm, and Aldous Huxley’s Brave New World. Sales of 1984 surged since Conway’s Sunday “Meet the Press” appearance, and the novel now tops the Amazon best-seller list. With all the callouts to “newspeak,” “doublethink,” and the “Ministry of Truth,” the Internet in the past week has felt more than a little like high school English class.

It’s heartening, over the Trump administration’s first dismal week in office, to see people widely rally to texts of literary dissent, particularly since Trump and his apparatchiks are putting so much energy into misdirecting the electorate. At the same time, though, the enthusiastic embrace of 1984 and other continental dystopias makes me think we don’t know our own art all that well. Several websites have put together lists of other dystopias that reflect our moment, but they share a striking paucity of ones made set, or made, in the United States. In the spirit of making terrible Americas great again, it’s worth examining a pair of recent American works of speculative fiction that have pointed—in cinematic form—at this present moment, too. Desmond Nakano’s White Man’s Burden (1995), and Kevin Willmott’s mockumentary C.S.A: The Confederate States of America (2004) both deliver American worst-case scenarios that, in their own ways, prefigure what’s happening now.

The two films are steeped in an abiding, unabashed pessimism about the American experiment and its prospects for positive change. C.S.A. plumbs the counterfactual reverie that long nourished white resistance in the post-Civil War South: What if the Confederacy’s lost cause had actually prevailed on the battlefield? Using the mockumentary form and the production aesthetic of a Ken Burns documentary, the movie reframes the ensuing 150 years of American history under the Confederate States of America, an “America First” nation that encompasses most of the western hemisphere. In this world, slavery was never abolished, American stays neutral during WWII, and isolationism is a national imperative. Watching this revisionist tale is like bingeing a ninety-minute episode of Drunk History.

This is a world where Abe Lincoln lives and is convicted of crimes against the confederacy.

But it’s told without winking, or slurring. It’s a solid imaginative setup, one that asks interesting questions about the country had the arc of history bent itself disastrously away from justice. This is a world where Abe Lincoln lives and is convicted of crimes against the confederacy. D.W. Griffith’s motion-picture epic The Hunt for Dishonest Abe displaces The Birth of a Nation in the country’s moral imagination. In this America, a Southern senator supports legislation that would decriminalize domestic violence and target gays, events that eerily echo speculation that Congress will defund the Violence Against Women Act, and V.P. Pence’s track record of discrimination against LGBT Americans as governor of Indiana. In the film’s expanded timeline, a war fought against the “Muslim Menace” recalls Trump’s campaign promises and recent executive orders to suspend visas for people from a number of Muslim-majority countries. And with reports that a third of California residents are telling pollsters that they support their state’s peaceful secession from the United States, C.S.A’s premise doesn’t seem that outlandish.

White Man’s Burden, meanwhile, feels like a Fox News fever dream, an all-too-faithful portent of the latest “whitelash” that ushered Trump into office. The feature film is set in a topsy-turvy America where whites are the working-class minority and blacks form the cultural and demographic masses, not to mention its economic elite. John Travolta plays Louis Pinnock, a hard-up factory worker who toils thanklessly in a plant owned by Thaddeus Thomas (Harry Belafonte). Louis dreams that he will be promoted to foreman—a step up that would allow him to move his wife and children out of the hellish ghetto they live in. In Louis’ neighborhood, prostitution, and homelessness run rampant and the family’s next-door neighbors are young white rogues who get drunk and listen to loud punk music well into the night. It is, in short, a place Trump might plausibly denounce as a premier site of “American carnage.”

But Louis’ dreams of escape are doomed. He runs an errand to Thaddeus’s home and accidentally eyes his boss’s naked wife (Margaret Avery) through an open window; in this reversal of longstanding white southern sexual panics, Louis is fired without notice. Things only go downhill from there as Louis encounters one unfair indignity after another in a black-run world ordered by systemic racism. After a disappointing visit to the unemployment office, he’s racially profiled by a pair of black cops, who terrify and embarrass him on the street. Later, in full breakdown-mode, he kidnaps Thaddeus, ultimately using violence to express his angst, in much the same way that Michael Douglas vented his downwardly mobile white middle-class rage in Falling Down.

Indeed, Burden is a classic race-reversal parable that invites white moviegoers to understand the plight of black America by empathizing with a white hero. It’s something of a nineties gloss on Black Like Me (1961) John Howard Griffin’s deep-cover study of black life in segregated America. But Burden’s unwavering self-seriousness keeps it from being truly incisive. The movie’s got all the subtlety and nuance of blackface. It’s an allegory without wisdom, a midnight movie marred by melodrama.

It’s an allegory without wisdom, a midnight movie marred by melodrama.

Yet despite such thematic missteps, White Man’s Burden offers a garish look at a black-led America from a frightened white POV, a grim vision of alterity akin to the fantasies dreamed up by the Breitbart white-nationalist set now directing domestic policy in the executive branch. If anything, the movie feels of a piece with the speculative fiction that surrounded the birther movement and the fear mongering of the Alex Jones right. Burden offers an inadvertent sort of window into the psyche of the storied white Trump supporter, who desires a comeback of his or her own. For months, Trump campaigned to lead a revival-style restoration of the old American order. In his inaugural address, he promised to fight for “the forgotten men and women of America.” Media outlets have likewise obsessively profiled the “forgotten” white working-class voting bloc, who wanted to restore their place in a country changing too quickly. As an elite black boss out of touch with the concerns of the hardworking white man, Burden’s Thaddeus is a prototype for right-wing pundits’ vision of Barack Obama while Louis is a woeful white maverick out to reclaim his country. If the movie were remade today, it would be all too easy to picture him logging on to a 4chan message board, or freelancing for Breitbart.

One of the movie’s best exchanges parallels a conversation that’s now gaining traction among present-day progressives. At a dinner party, Thaddeus delivers this tough-minded reply to a question about white rioters and what they really want: “White people are genetically inferior, or they’re culturally crippled, or they’re socially deprived. All those arguments mean absolutely nothing. The bottom line is a very simple question: are these a people who are beyond being helped?” It’s hard to read that and not think of Hillary Clinton’s “basket of deplorables” comment, which referred to the share of Trump supporters she deemed morally irredeemable, or the way that that question, and Clinton’s comments, were borne out at least in part by election results. As we brace ourselves for the Trump years, these films are reminders that we were sort of living in them already. 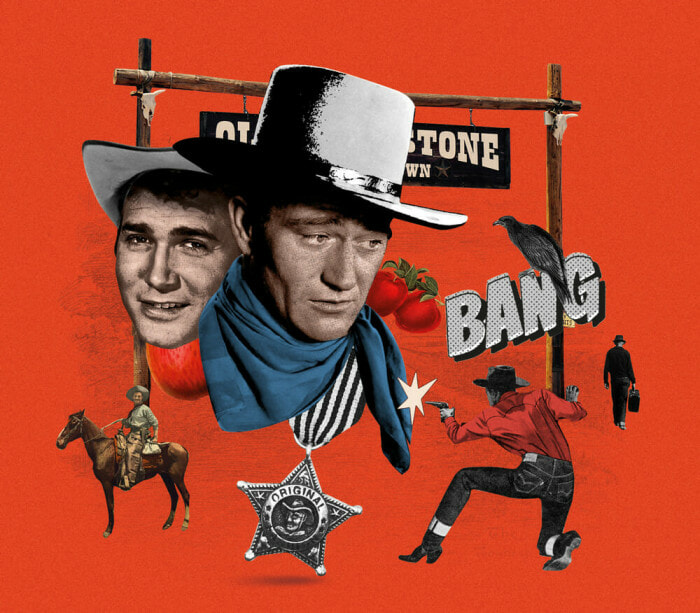 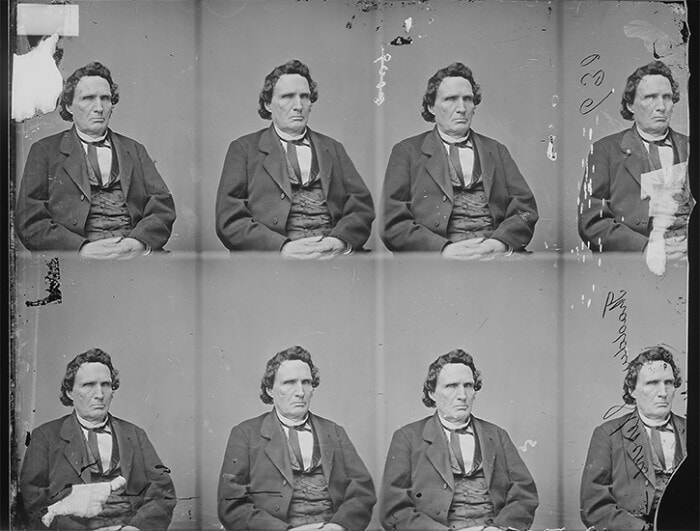 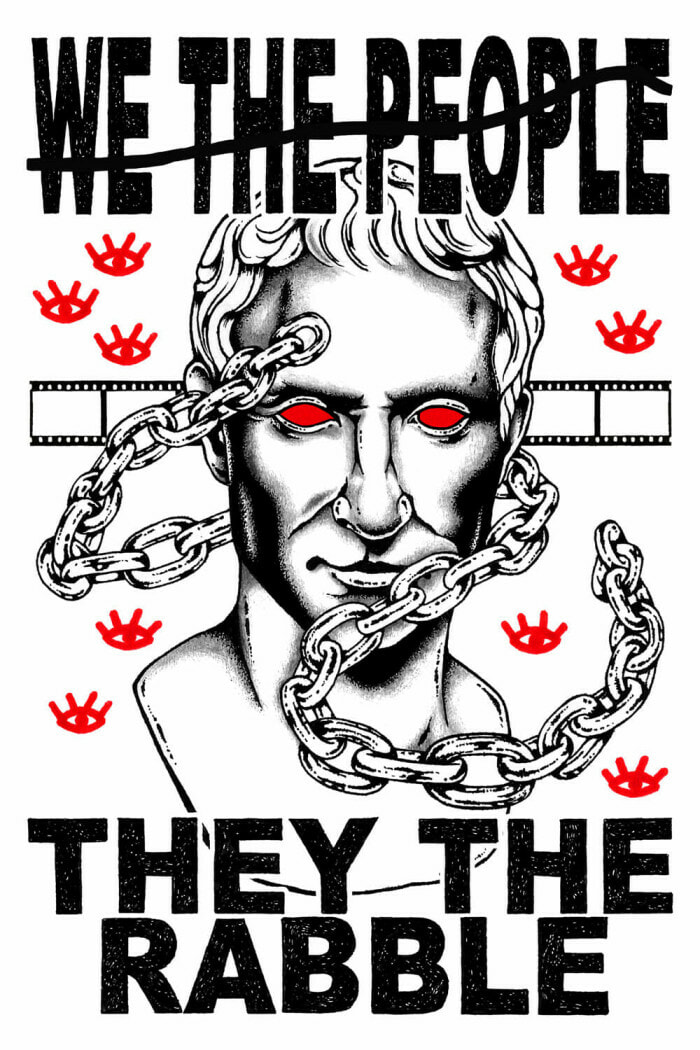