I have always thought of myself as someone at the very least somewhat committed to social justice. I was a participant in diversity groups at my high school and worked to promote LGBT, religious, and racial acceptance whenever I could. I got into college around the 2012-2014 period of activism only to find backbiting, backstabbing, and denunciations to be the order of the day. Until graduation, I was beset by language policing and various tactics by overzealous students who wished to control their allies while doing nothing to prevent harm by right-wing students (who didn’t care about being “politically correct”) or college administrators (who could feign support for progressive causes while ignoring actual student health issues). To be fair to these individuals, some of this was warranted. I know that I definitely had some harmful reactionary behaviors and views of others when I arrived upon campus, and when challenged I did my best to rethink and unlearn any prejudices or stereotypes that I possessed.

Much of the “activism” on my former campus was based around controlling language. Every common misinterpretation of intersectionality was present: treating oppression as a means of scoring cheap points when making speeches, using origins of any term with a particular oppressed group (for example: “bruh”) as a means of restricting a word’s use outside the group. Among other things, we have had biracial students called “too white” to participate in person-of-color student groups. Our LGBT student group attempted to kick out trans people who could pass and were only interested in people of the opposite gender (these people were “basically straight,” the consensus went—and supposedly not oppressed enough to participate). We also had non-East Asian students successfully get a campus martial arts class cancelled for being culturally appropriative.

This college campus stubbornly refuses to move past circa-2014 Twitter activism. What can I tell my friends to keep them from totally dropping out of any activist spaces?

It’s been hard to explain all this to people who are a bit more experienced in dealing with students and college activism because they often assume that people telling them these things are deliberately misinterpreting events to suit some contrarian political point about college students being terrible. Part of this is because I am a white man, and even sympathetic listeners have often taken what I say too far and assumed that my characterization of this behavior is an indictment of all college activism on all college campuses. This is part of the reason why I have never tried to publicly write about my experiences. Almost anyone who I might approach in the media would turn these weird stories into some broad screed against “the left.” I have no intention of indicting the left here, as some of the only people I could have sober discussions of politics and social justice with on my college campus were Marxist-Leninists, and the individuals fomenting this negative environment on campus often did so at the expense of LGBT students and students of color.

With the collapse of the Hillary Clinton campaign after the 2016 election and the subsequent decline in the quality of neoliberal messaging in general, I assumed that the negative trends on this particular small college campus would dissipate and some form of normalcy would return. Maybe the college kids would all at least read summaries of Marx or maybe they’d get really into sharing memes from socialist Tumblr or something. Sadly, however, this bizarre, lazy “activism” has continued. Students at this campus continue to focus most, if not all, of their efforts on controlling the language of their allies without building any power for the oppressed. I had thought that with the increased popularity of organizations like the YDSA, PSL, WWP, etc., these politically minded students would move toward one of those organizations as a means of expressing distaste with the current state of our country and the world at large. This has not happened.

And with that set-up I reach my problem: every friend of mine who has graduated from this campus has become so jaded and cynical about organizing and activism that they’ve become (at best) completely uncomfortable with participating or (at worst) totally sold out and gone into business/finance. Many of these friends were the people who forced me to reexamine my old prejudices and inspired me to get into left organizing in the first place. Not a month goes by when I am not contacted by current students and recent alumni complaining about something absolutely bizarre that has been posted to campus social media or something done by college students to further insulate them from real-world power. As a graduate of the same college who is still involved with left-wing causes, I am often asked by these students “What should I do about [x]; [x] is making me hate social justice and activism.” These students aren’t at risk to join the alt-right, and most of them are too queer or brown to join the Trumpian putsch even if they wanted to. They often joke about posting stuff they’re shown on 4chan, but don’t do so out of a genuine fear that these examples will facilitate recruitment of Neo-Nazis in online spaces or other college campuses. I am at a loss for advice myself, as unlike the broad left this college campus stubbornly refuses to move past circa-2014 Twitter activism. This sort of thing has been impeding my ability to get good people with good politics and a collaborative temperament involved in political work. What can I tell these people to keep them from totally dropping out of any activist or organizing spaces?

First of all: you are not alone. I know you already know this, since you hear from students and alumni all the time, but I want you to know I get some variation of your letter nearly once a week, sometimes more. It’s not just your campus; people all over are struggling to exit what the late Mark Fisher dubbed the Vampire’s Castle. But as you said, they’re usually too scared to speak up for fear of a pillorying, or—in a noble gesture at loyalty—they worry that their criticisms will embolden the right.

There is an intense resistance to the idea that the rise of the right is due to the failures of the left, but it’s time to take some responsibility and come to terms with the fact that a mushy neoliberal recruiting standard, paired with frequently farcical identity politics hasn’t been much of a bulwark against the Republican Party. (This has been the case, embarrassingly, even in the GOP’s own leadership, which has proven too hamfisted to prevent Trump from farting all over the party’s lovingly self-bestowed respectability.) It’s obvious to anyone who isn’t in utter denial that a retreat into the cultural at the undeniable expense of the socioeconomic has been responsible for the dilution and decline of the broad “progressive” movement, to say nothing of the barely breathing labor left. The campus SJW culture is of course merely a symptom of this bleak dynamic, but I’ll be damned if it doesn’t get in the way!

Unfortunately, universities are just kind of fucked right now—and the elite ones even more so. Generational politics are reactionary and stupid, but this has nothing to do with “the dang youths and their Tumblrs.” College is more privatized, expensive, and geographically, culturally, and politically insular than ever before. It’s not that there aren’t good teachers and students at universities; rather, it’s that the site itself is designed to be something separate from the outside world. So even when students struggle to get by attending classes, they’re largely cut off from the kinds of material political activity that actually yields dividends. Thus, you get the absolutely vicious and miserable purification firing squad.

Don’t spend too much time fighting the wreckers—they’re nasty, but they will wash totally out only when they are eclipsed by a promising project.

However, the mistake that frustrated materialists tend to make in fighting this tendency is launching a massive defense with no offense. Sure, you should be opposed to the Vampire’s Castle, and you should speak freely, confidently, and kindly about what you know a healthy and democratic political culture looks like. And by all means, don’t tolerate the bullying that the manipulative personalities drawn to this kind of politics tend to pull out. But if you try to do politics based entirely on what you’re against, you’ll end up bitter and disillusioned like your friends.

Focus on what you’re for. Think of the best part of the Bernie movement: a relentlessly positive message about what people deserve, peppered with with a dash of clear and firm disapproval of unacceptable behaviors and policies—from either the right or the Dems. Seek out the people who respond to the positive messages. Don’t spend too much time fighting the wreckers—they’re nasty, and destructive, but they will wash totally out only when they are eclipsed by a promising project—and you need good work to foster a healthy organizational culture.

The real problem here is a lack of left institutions to engage and motivate people toward concrete politics. As you noted, many of the political groups are newly booming and floundering to find their footing in an untested environment. So don’t go to the group—go to the campaign. Find something rewarding and promising, and the right people will follow. I am a partisan for DSA’s Medicare for All Campaign, but there’s no shortage of work to do around immigration, wages, labor, reproductive health and more.

In short: find the politics that work outward, not inward. Anyone who’s trying to purify a small internal culture as a primary project is dealing in small potatoes, and as you said from your own experience—you learn by doing, and you become a better comrade by working with others. It’s old hat, but always rings true: “The philosophers have only interpreted the world, in various ways; the point is to change it.” So get off campus and go into the world. The people there are much nicer. 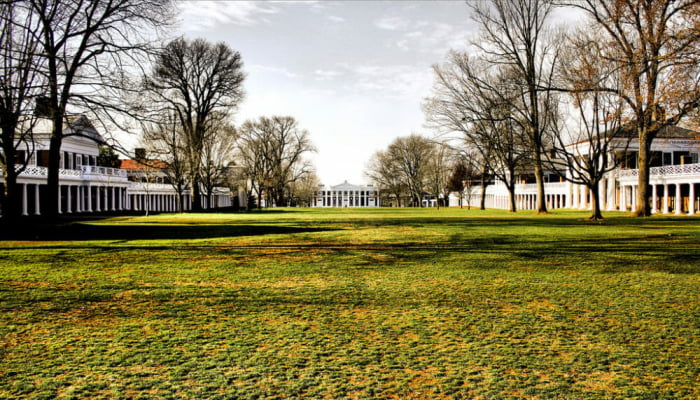 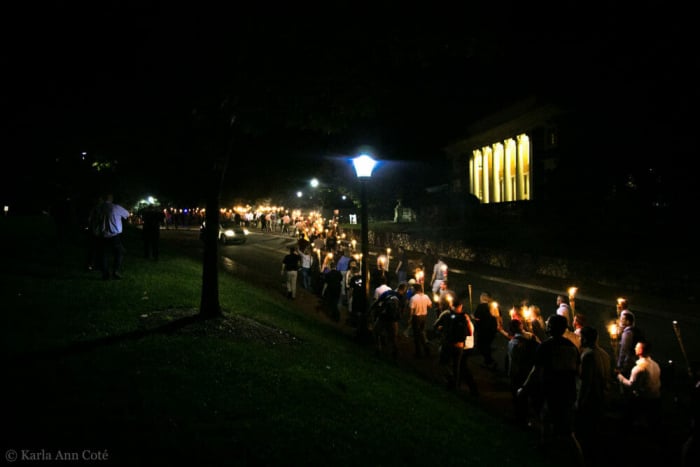 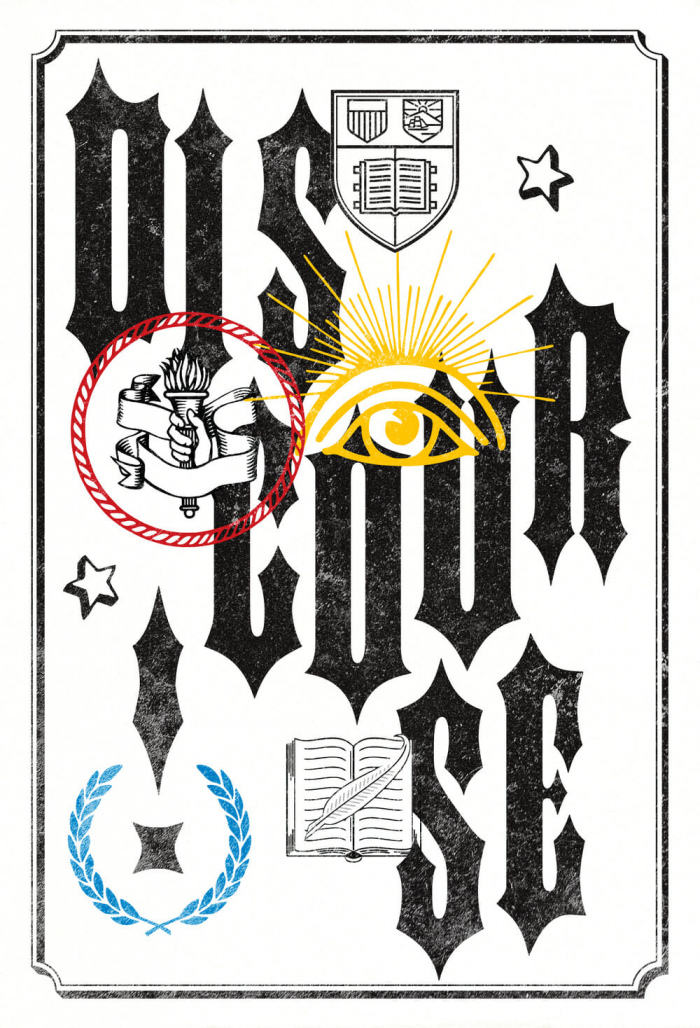