I like to imagine Christopher Nolan, the Last Tory, on set. He wears periwinkle cufflinks, black pants, and a herringbone waistcoat. He sips at a flask of tea. His soothing air of self-command is not an affectation; it is borne out of a sense of duty to his cast and crew, his family, and, above all, his audience.

He crafts, for his audience, a tracking shot. Viewfinder to eye, he counts his steps with a whisper, orders his actor to speak. An unforeseen problem arises, a stress against the rhythm. What would David Lean do? he asks himself rhetorically. No answer is forthcoming from the dead, yet he is charmed, momentarily, by his interior accent. Control regained. “Speak more briskly,” he admonishes the actor, “but more slowly.” He radios a crewmember. “We’ll go aerial.”

Between takes, he flashes back, non-chronologically yet linearly, to his youth: he once wept while reading Hobbes at a boarding school of military persuasion; comic books taught him that life is nasty, brutish, and short. Out there, he remembers, in the fallen world, even in the interstellar beyond, people are mired in a war of all against all. “There is no society . . .” a dim voice echoes, somehow incepted into his mind. . . He snaps back to the present. There is anarchy, he thinks, and then there is Kubrick.

For Nolan, perhaps the last Tory propagandist in cinema, “society” and “the people” do not exist except as a mass to be manipulated, a paying audience. “I have a faith,” he told the New York Times, “that any audience can tell the difference between something that’s consistent to rules versus something that’s totally made up and anarchic.” Here the kiss warms over the slap: the audience is smart if it follows Nolan’s rules, lest it lapse into anarchy. Order, by way of control, is opposed to chance. In this respect, Nolan’s every film, from Following (1998) to Dunkirk (2017), reverses the anti-tradition of Roberto Rossellini, whom Jean-Luc Godard, in Godard on Godard, celebrates as a great artist because he trusts chance. “To trust chance is to hear voices,” Godard wrote, by which he meant the voices of other people. If Christopher Nolan hears any voice, it’s Margaret Thatcher’s from 1987.

There is no notion, in the films of Nolan, that people may surprise you, perhaps with their intelligence or solidarity, and so no hope for chance. It’s not a matter of ideology: Nolan insistently casts his work against art, chance, and therefore any idea of “the people.” This renders each of his films a manifesto, an ars technica, because he wants nothing more than to choke out art and control his audience. In Following, his debut, this intention is literalized when a young novelist (an artist) is rused by a criminal manipulator named Cobb, a Nolan stand-in who reappears, by name, in Inception (2010). In The Prestige (2006), a film about dueling materialist wizards, Nolan presents the director-magician: the survivor who tricks his audience best and last—voila, Christian Bale is doubled. The Nolans are proliferating.

A team of manipulative nerds is called upon to rescue the human race, but they can’t be just any nerds.

In Nolan’s One Percent Quartet, “the people” are revealed to themselves, in evolutionary order, as criminals (Batman Begins), anarchists (The Dark Knight), self-immolating revolutionaries (The Dark Knight Rises). In the third of these, Nolan scratches his Burkean itch: the mob-audience applauds a show trial, an anglicized scene from the French Revolution reminiscent of Dickens’s A Tale of Two Cities. For its part, the quartet’s conclusion offers the final insult: “the people” aren’t even real; they’re weaponized figments of Nolan’s imagination. (“Who are the people?” Ariadne asks, in Inception. “They’re projections of my subconscious,” Cobb-Nolan replies.) No longer beholden to audience reception, Nolan is now a master of Inception—he manipulates the audience as an object.

By this point Nolan is rich, the rightful heir of New Hollywood, the most fastidious, self-possessed director in town. With this in mind, the quartet—which begins as a story about a billionaire anti-hero and concludes with a corporate-espionage gothic about squeezing money out of the ultra-rich—reveals itself as autobiography. Nolan will never again lack for investors, which is why he next pursues outer space, the dream of any businessman flush with capital.

In Interstellar (2014), the people have sunk low; they can no longer feed themselves, and they burn each other’s corn. A team of manipulative nerds is called upon to rescue the human race, but they can’t be just any nerds. Pitched against the nefarious Dr. Mann, a belligerent survivalist who carries the Hobbesian virus (hence his name) into distant galaxies, we get Cooper and Murph, a romantic father-daughter couple, a reunited family. “There is no such thing as society,” said Thatcher. “There are individual men and women”—explorers, scientists, useless farmers—“and there are families.”

Nolan’s boarding-school Tory-ite anti-art is predicated on the general terribleness of Hollywood, a fact that puts the obsequiousness of his critical admirers into relief. Film critics are now paid to find a balance between positive and negative reviews, to worry over the way an American audience spends money on movie tickets. This criticism-as-consumer reports plays in Nolan’s favor because he is a director of audiences and not an auteur working against the system. “We all find films through Hollywood,” Nolan told the Times. “Nobody watches Godard when they’re ten years old.”

Yet critics would do better to step outside the nightmare factory and into the world of cinema—a world many of them once knew and cared about. Pitched as a craftsman, Nolan is more of an action technocrat. He transparently loathes his actors, whose lines are delivered with mumblecoreish unintelligibility and indifference—he believes it makes his films experimental. His idea of color is dark, muted tones, as if he anachronistically opposes himself to Technicolor and believes “noir” is a palette. His over-lauded non-chronological narratives, which are always rescued by semi-rhythmic editing, serve no artistic purpose, aside from reminding us that he has never seen a film by Alain Resnais. With its exaggerated crunches and screeches, his sound design could generously be described as “coif metal,” which suggests he’s overcome with a Marinetti-like fascination for aestheticizing war. And then there are his film scores: over the course of several years, a transition from ambient trash to sub-Pendereckian clicks and drones.

This full cabinet of bitters is made available in Dunkirk (2017), which is by my count Nolan’s eighth war film, given his schematic Hobbesianism, not to mention The Dark Knight’s tanks and military body suits and surveillance equipment. Which is to say that Nolan literalizes his war of all against all into a military episode about the Battle of Dunkirk in 1940.

Entirely action, Dunkirk is boring to describe. Still: young soldiers, played by angelic actors, gather fearfully on a beach; Mark Rylance, played by Mark Rylance, readies his boat after a call is made for civilians to rescue soldiers by sea; Tom Hardy’s head is a fighter pilot who speaks by radio to the likewise disembodied voice of Michael Caine; Kenneth Branagh delivers truncated Shakespearean soundbites from a dock.

What happens next is death without death because it is historically preordained—all chance is eliminated. The three “plots”—land, sea, and air—are broken into separate timescales to little effect. A familiar color palette and overwhelming metronomic score (Hans Zimmer) imbue each scene with dread, but due to Nolan’s obsession with point-blank shot selection, always without staging, much of the scale of the campaign is lost.

Why make Dunkirk? Ford Madox Ford wrote Parade’s End, a British novel that considers the tenability of Toryism in the face of World War I, with the purpose of “obviating . . . all future wars.” A soldier, Ford lost his memory for a time after a shell exploded in his trench, yet the novel, based in part on his experience, contains almost no combat. Instead, it examines a society’s march toward oblivion. And it considers oblivion’s aftermath.

It is not the first time that Nolan has used the dying memories of old people the same way that Duchamp used a toilet.

Dunkirk is the inverse, a work about World War II that contains no before and no after, in any respect; it considers only the battle itself in the form of pure combat. But it also has no before or after because it is a period film that lacks all memory, an act of craven presentism that aims to appropriate as a readymade an industry of war sentimentalism. It is not the first time that Nolan has used the dying memories of old people the same way that Duchamp used a toilet: Interstellar lifts documentary footage from Ken Burns’s The Dust Bowl to dress a fictional present. In both cases, Nolan rips a historical episode from its context for spectatorial gain—to accentuate the immediate experience. And both examples ironize Nolan’s plan to remake Memento (2000), a film about a man who can’t remember. Maybe Nolan forgot he already made it.

But Dunkirk’s presentism means that it’s inadvertently a film about the present. It’s a Brexit movie: Nolan was adamant about casting actors exclusively from the British Isles; contemporary English icon Harry Styles offers a moment of light xenophobia when he argues that a Frenchman should be the first to die; the first spoken line of the film is “I’m English!” Curiously, Nolan has been applauded by critics for subtracting Nazi identity throughout—no German soldiers or German insignia are depicted—as if this abstracted enemy refashions history into a story of general human survival. But a faceless enemy means that anyone’s face can be inserted, a useful tactic in the buildup to war. Meanwhile, the good soldiers all speak the same language: “All we did,” says Styles, “is survive.” 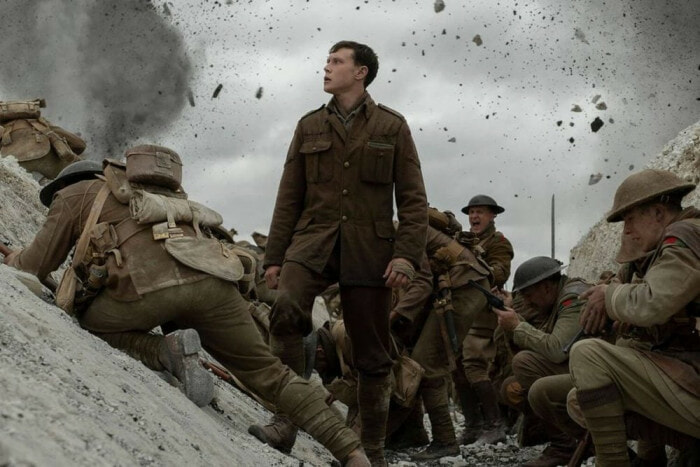 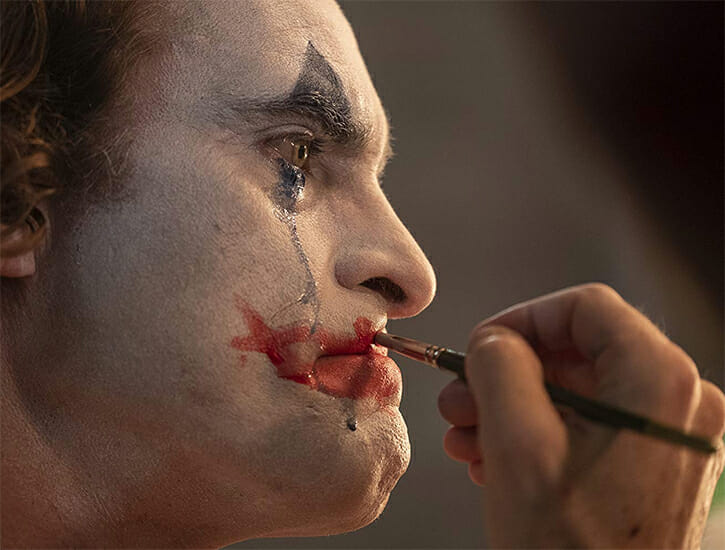 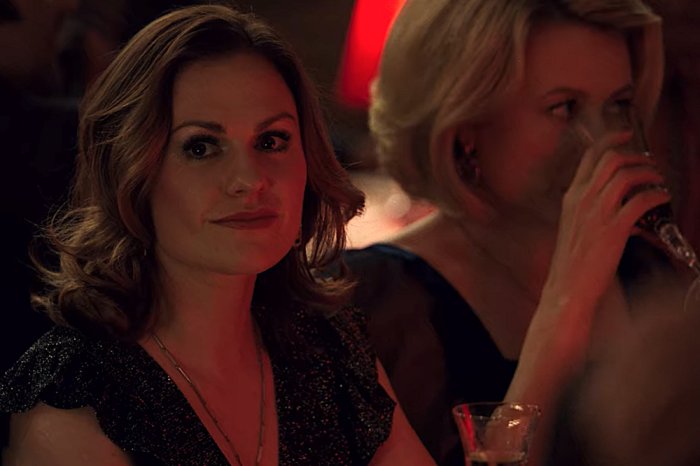