As the story goes, Occupy Wall Street began with protest art, an Adbusters poster depicting a ballerina poised on top of Arturo Di Modica’s Charging Bull sculpture in lower Manhattan’s Bowling Green park. “What is our one demand?” the poster read, presaging what would become the dominant criticism of the movement—that it was unfocused, that it had no demands—“#Occupy Wall Street September 17th. Bring Tent.” The encampment, the pitched tents that later crowded Zuccotti Park, would themselves form a spectacle of art and protest, a simulated Hooverville predestined to become an image circulated by mainstream and social media—the poster’s hashtag demanded as much.

According to Yates McKee’s Strike Art: Contemporary Art and the Post-Occupy Condition (2016), the inaugural Occupy assembly was workshopped at 16 Beaver, a “para-artistic” space in lower Manhattan that was amenable, at the time, to an anti-representational politics. The artists’ aim was to remove the “stage” that allows actors in the media, finance, and Congress to play out austerity, an infinite jest, for an aging television audience. Judged by the standard of their inspirational power, the ideas of 16 Beaver were a success. Still, Occupy was defeated by the state.

Visual and conceptual artists sparked the Occupy movement. But what about the novelists?

If visual and conceptual artists were foundational to the Occupy movement, what about novelists? They do not appear to have been foundational. Certainly they participated—some were even arrested. They launched zine-ish newspapers, like the Occupy Gazette, and help found the People’s Library. But in its origin myths we have rarely (if ever) heard or read that Occupy was inspired by a recent American novel.

Instead the novel, or at least the American novel, reacted to Occupy—warily. Take the example of Jonathan Franzen’s Purity (2015), which begins as a story about austerity and quickly declines into a spy thriller—in this it shares the preoccupations of the present Democratic party. Despite the evidence that it raised Franzen’s consciousness like a Missouri barn, Occupy is mentioned only a handful of times in Purity’s opening pages, and it serves entirely as a backdrop, a detail that foreshortens the lives of austerity-damaged youth.

Occupy never got, and will probably never get, its Nanni Balestrini or Peter Weiss, novelists who, in their respective We Want Everything (1971) and The Aesthetics of Resistance (1975), proceeded by way of a militant nostalgia to document radical political movements and their actors—many otherwise lost to academic history. This may be because its melding of protest and participation—if that’s how you want to describe the encampments—now seems too diffuse to inspire the commitment of a radical historical novelist.

Still, the movement’s legacy poses a paradox that lingers in the imagination: the politics of participation are now suspect, yet withdrawal into monasticism feels like a weak response to Trump. “In the situation we find ourselves in,” writes philosopher Simon Critchley in the most recent issue of Artforum, “there are two powerful, but opposed, temptations: to participate and to withdraw.” For his part, Critchley resolves the paradox by offering that “there is a moral sensibility that has not been entirely destroyed by neoliberal capitalism and that we can find one another at the only political level that truly matters—that of everyday life.”

Yet “the politics of everyday life” was a foremost concern of many occupiers, who usefully if naïvely reopened this problem for the future. At the same time it was a fleeting problem for late-millennial and Gen-X novelists, those who either joined the protest or fixed it in their periphery. In Ben Lerner’s 10:04 (2014), the narrator allows a Zuccotti park occupier to piss and bathe and do laundry in his apartment. Wanting to pass the time, he decides to cook stir fry for his guest but slips into consternation:

I was disturbed by the contradiction between my avowed political materialism and my inexperience with this brand of making, of poesis, but I could dodge or dampen that contradiction via my hatred of Brooklyn’s boutique biopolitics, in which spending obscene sums and endless hours on stylized food preparation somehow enabled the conflation of self-care and political radicalism. Moreover, what did it mean to say that Aaron or Alena had prepared those meals for me, when the ingredients were grown and picked and packaged and transported by others in a system of great majesty and murderous stupidity? The fact is that realizing my selfishness just led to more selfishness; that is, I felt lonely, felt sorry for myself . . .

The mere presence of an occupier in his home causes Lerner’s narrator to worry over the politics of cooking—an everyday act. The young man soon departs—the novel, in a way, dispenses with him—but the question posed by his absence ghosts its remainder. Offered in its naivest expression, How should a person be?, this selfsame disquiet compels the recent novels of Jonathan Lethem, whose Dissident Gardens (2013), in its benign side-eyeing of Occupy, features a sex scene between Sergius, the orphaned grandson of an ex-Communist and the son of New Left mother, and another occupier. After sex, pillow talk:

She ended in laughter. “There’s no cell, you big dummy.”

“It’s wherever you are, right now.”

“Occupy. Like a way of being, Sergius. Just living differently.”

In their light sympathies for Occupy’s legacy, these novels form a kind of weak austerity gospel, a minor herald for a bad news future of muted dismay about everyday life under a regime that demands its subjects do more—buy more, produce more—with less.

Eugene Lim’s Dear Cyborgs, out this month, does more with less—it’s a short but important novel. And it pushes the logic of Occupy further. Lim, a Gen-X high-school librarian who lives in New York, shares with Lethem (the novelist-template of Gen-Xism) an affinity for genre subcultures; Dear Cyborg deploys superhero tropes and comic book culture as an extended joke, an ecstatic heightening of its character’s delusions of grandeur in a world of dwindling alternatives. But unlike Lethem, Lim experiments with form; his previous novels, Fog & Car (2008) and The Strangers (2010), willingly mutate and fragment to mimic fractured lives and disaggregated worlds. It’s a quirk that becomes a virtue in a novel about austerity, art, and everyday politics.

In Dear Cyborgs, there are radical political gestures, absurdist chase scenes, and digressions about art and life under austerity.

This experimental tendency makes Dear Cyborgs difficult to describe. A collection of loosely netted scenes—dreams that unspool for pages, superhero action sequences, descriptions of protests and riots and occupations, and, crucially, conversations between artists and friends—it’s told in a prose that retains the eerie calm of a pending suicide. And, perhaps bravely, Lim teases suicide as a third way beyond Critchley’s paradox of participation or withdrawal. In the opening pages, one of the novel’s narrators remembers his young friend Vu, another child of Asian immigrants to the American Midwest who introduces him to comic books and drugs. The narrator soon moves to Chicago with his family, but after years of precarious living—Vu remains a phantasm in the narrator’s mind—they meet again in middle age. That one of them commits suicide by the novel’s conclusion hangs over it like a premonition.

Yet the bulk of Dear Cyborgs is given over to radical political gestures, absurdist chase scenes, and digressions about art and life under austerity—most of it pitched in an alternate (yet identical) version of the present. In an early scene, occupiers at Zuccotti Park broadcast, through a People’s Microphone, the phone call of a woman named Kim Jin-suk, who is protesting neoliberalism by way of a hunger strike from the other side of the world. (It’s an obvious nod to Kafka’s “The Hunger Artist.”) But the narrator soon loses interest and joins his friends at a Shanghainese restaurant nearby. The conversation that follows is emblematic of Dear Cyborgs. “It seems flimsy,” one of the friends says about the protests at Zuccotti. “And equally powerless.” Another speaker disagrees: “I think it’s in part an expression of hope and in part an expression of guilt . . . It’s asking people to wake up to the fact that their desires have been manufactured, that the lives they are leading are modeled after flawed received ideas.”

The portrayal of these interlocutors as thoughtful yet naïve is purposeful on Lim’s part; it mimics early reflections on the Occupy movement. But as Dear Cyborgs moves forward, its political vision becomes more radical and desperate. In a later reverie, a character named Dave recalls his “depressed” years in San Francisco. After losing his web design gig to automation, he joins in local acts of vandalism against the tech class. Soon these minor acts of protest conflagrate:

They started hijacking the Google buses and the Facebook buses and the Apple buses and the eBay buses—that is, the special corporate vehicles that shepherded the Content Strategists and Sales VPs and Analytics Managers and Interaction Engineers . . . Groups would take over a bus, empty it, and then set it on fire . . . After the flames were lit, the crowd quickly dispersed. . . But I stood there for a few minutes, seeing the destruction but not satisfied with it, growing still more and more angry. I wanted something still bigger, more profound, to match my confusion and the sense of futility that had been growing and seemed to have consumed all my hope.

That these vignettes of political violence are recounted as mundane memories—Dave is just telling a story to his artist friends—puts into relief Lim’s predictive aims: they are more narrative projections, arising from everyday life, of our despairing future. In this way, Dear Cyborgs’ blending of temporal signatures—and its suicidality—brings to mind Vonnegut’s Slaughterhouse Five. But its politics, and maybe its premonition, belong to the defeat of the Occupy movement. 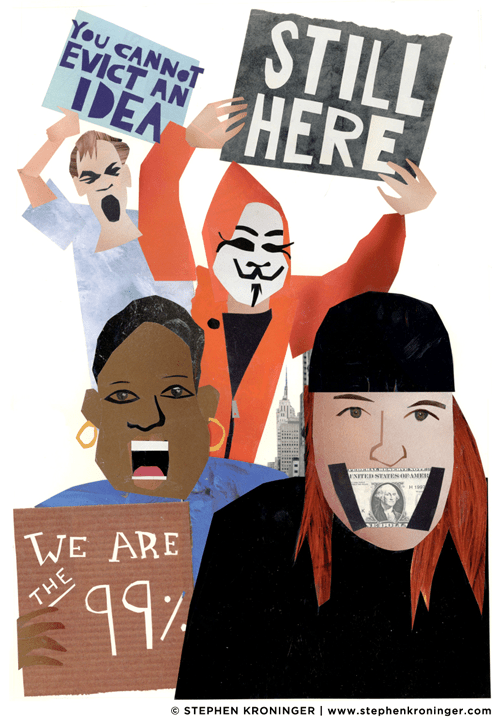 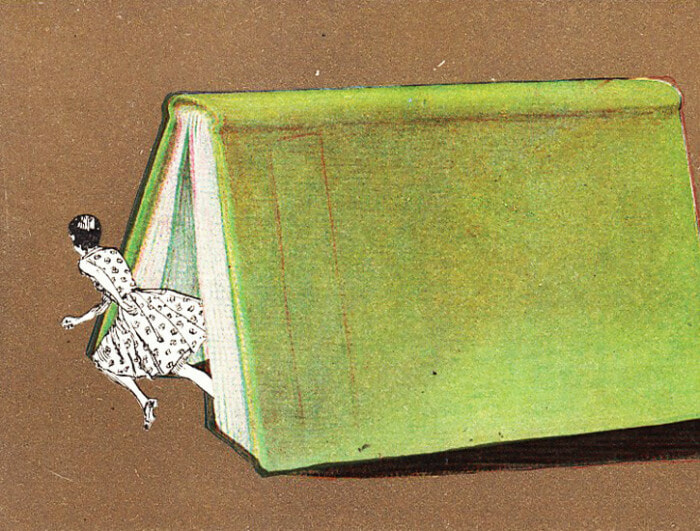