I suppose the first thing you’re going to want to know, if you really want to hear about it, is how I got kicked out of school and went running like a madman all over Manhattan and all, having cocktails in hotel restaurants, taking cabs instead of buses, and calling up old friends and being terrifically cynical about them and all that Holden Caulfield kind of crap. Well, first, that stuff bores me, and second, that guy is the biggest phony a guy could ever read about I don’t know who old J. D. thought he was fooling, but Huck Finn, Holden is not. You probably expect me to go on and on about how my parents never loved me, how they drank, and beat me, how I was locked up in a kitchen cabinet for the first six years of my life and all, but my mom would probably have to refill her prescription about a dozen times before she finished reading the first chapter, and besides, there isn’t anything like that to tell. I haven’t really been abused—I’ve got a goddam personal charge at Paul Stuart. What I will tell you about, if you really want to know (and I’m beginning to wonder why anybody would), is all this madness that went on last Saturday, before I got pretty run down, and had to go out to Colorado and do Outward Bound.

My brother’s going to fly out here to visit me, which is relatively earth-shattering if you know C. B., because he’s sold his soul to Wall Street, and if he takes a minute off he loses about six billion dollars. He’ll probably spend the whole time at Aspen skiing, anyway. It just kills me. C. B. is really this unbelievable painter. He was a goddam genius with finger paints. He would do these finger paintings that you would just look at and they’d make you want to laugh and cry and have gall bladder surgery—all at the same time. He had this one finger painting that he had really only done on one half of the paper, but he folded it over so it was on both sides. It just killed me. But now he’s prostituting himself down at Solomon, old C. B., and he hasn’t touched his finger paints in years; he’s even considering moving to Connecticut. I can’t stand investment bankers, don’t even talk to me about them. 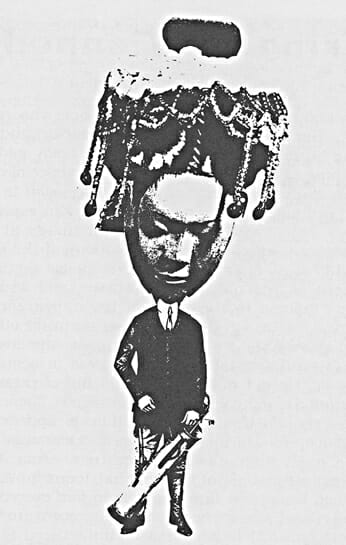 At any rate, I guess where I should start is back at good old Fairfield County Private Country Day Prep School, which has the distinction of being the thirteenth school I’ve attended in the first five weeks of this term. It doesn’t have much of an academic rating, but it is built on land that was originally the first golf course in Connecticut. I’ve even heard that the Trustees are fighting a hostile takeover bid from some big wig alumnus of Choate who wants to buy good old FCPCDPS and turn it back into a golf course. I guess we’d all be packed off to schools in Mass. or New Hampshire, and then we could come back and caddy in the summer to pick up some extra dough.

I really wanted to call my sister Plebe, just then, because I’m completely obsessed with her (almost as much as I am with my dead brother’s baseball mitt, which I will tell you about in unbelievable detail very shortly.)

Plebe kills me, though. She’s only nine years old and she’s already hitch-hiked to Tibet and had cocktails with the Dalai Lama and all. It just kills me, the way she just sits on this enormous bed in my brother‘s room, with her legs fucked up in a little lotus position, wearing some incredibly cute dress from the children’s shop at Bergdorf’s, chanting her mantras. I mean it’s the kind of chanting that makes you want to run right out to Park, grab a goddam cab and say “Tibet, and step on it.”

I’m staring at my finger, and quite frankly I’m amazed at the amount of blood that is coming out of it. “Jesus Christ, Dan . . . hey, Dan cut his goddam hand!” That’s Jonah, I think he’s also impressed.

“Jesus, Dan—what the hell were you going to do, just slam it against the table until it broke?” says Holly “Slam what?” I say, forgetting momentarily about the shattered bottle. “My god, he really is bleeding!” she adds. I really am, too. The blood is really coming. The odd thing is, I can’t actually feel it. I am experiencing no sensation of pain. “Look, Jonah, get something, a towel, anything,” Holly says, taking charge of the situation.

“Drew, look,” I say, holding up my finger to Andrew who is crouching by the wood stove trying to smoke hash off the end of a fork. “Check out my blood.”

Seven months without a single dream. Seven whole months. The twenty-first of May was the last time I had a dream.

The country conspires every morning to seem the morning news. / People don’t watch other people work. Work is broken.

“Poor girls are easy because they think you’ll buy them shit,” John said.

This election is all about asking how enamored of capitalism Americans really are.

What the Doctors Ordered

Inside the medical profession, the tide is turning toward Medicare for All.