1) WHAT THE HELL IS HAPPENING??? THIS IS INSANE.

2) Why am I making list? Has the august, acidulous Baffler succumbed to click-bait?

3) Don’t worry, I’m only doing this as a list because I’m too overwhelmed to formulate a coherent essay. It’s like there’s an avalanche in my brain; thoughts are tumbling down on top of one another, each smashing its predecessor before I have time to really grab hold.

4) The Trump campaign filed its most recent Federal Election Commission statement on Monday night. This document provides a picture of a campaign’s financial health. The diagnosis is unanimous: Trump’s campaign is not healthy. The medical analogy that comes closest is an elderly patient being gored by a bull at 35,000 feet before falling out of the airplane and landing in the middle of an active-volcano convention—all while starving to death.

5) If you haven’t spent the last twelve hours with the internet basically taped to your eyelids lest you miss any updates about this amazing state of affairs, I will enumerate some of the highlights.

6) When reading the following, remember: Trump has said he’s worth $10 billion. Of course, that doesn’t mean he has access to a pile of ten billion dollar bills; much of his wealth is in the form of real estate and the ineffable splendor of his magnificent “personal brand.” But keep that declaration in mind: $10 billion. Donald Trump, the famous and successful multi-billionaire. The fantastic businessman who makes incredible deals. The man who would Make America Great Again.

Good news is that my campaign has perhaps more cash than any campaign in the history of politics- b/c I stand 100% behind everything we do.

11) In case you’ve forgotten, Ben Carson was the weird guy who looked like he was constantly waking up from hypnosis and sounded like a wet LP being played backwards. He dropped out of the race almost four months ago.

Just like I have been able to spend far less money than others on the campaign and finish #1, so too should our country. We can be great!

13) Whenever possible, Trump is funneling what little campaign money does arrive into businesses he or his family owns, including his son Eric’s terrific wine company.

.@EricTrump on his parents: “They were parents that made us work. There were no free handouts.” #KellyFile pic.twitter.com/DmJpUpQ7eV

15) Recall that Trump once skipped a Republican debate because he was mad at Megyn Kelly. (This is what’s known as a power-baby move.) He held a fundraiser for veterans instead. He pledged to donate a million dollars, but didn’t get around to it until he realized the Washington Post was looking into the status of that donation.

16) Given all this, what can we safely assume about Donald Trump’s finances?

17) That Trump basically has no liquidity?

I am getting bad marks from certain pundits because I have a small campaign staff. But small is good, flexible, save money and number one!

21) THIS IS CRAZY! Why isn’t every website in America melting or turning into a swarm of butterflies?!

22) Reading about Trump’s FEC filing is so cathartic it’s almost dreamlike. I can’t remember a more satisfying denouement to a public spectacle.

23) (Of course, the fact that I’m taking so much psychological satisfaction and ideological reassurance from this news should put me on guard—it feels too goofily good to be true.)

24) It’s like watching the last acts of Death of a Salesman (“I am not a dime a dozen!”), The Wizard of Oz (“Pay no attention to that man behind the curtain”), and the myth of Icarus (“Oh fuuuuuu—”), all being staged simultaneously in a condemned theatre that happens to be sinking into a bog. It’s mesmerizing.

After the litigation is disposed of and the case won, I have instructed my execs to open Trump U(?), so much interest in it! I will be pres.

26) When a bunch of Vietnam veterans Swift-boated John Kerry in 2004, turning his supposed wartime valor into a liability, their audacity was thrilling (even as it was nihilistic).

27) Trump has somehow managed something even more ambitious: He’s committed Swift-boat seppuku. He’s taken the strongest argument for his candidacy—that he’s a savvy businessman who can deal with hard, necessary truths—and disemboweled it.

29) Whereof we cannot speak, thereof we must remain silent, lest we open our pie-holes and never stop talking. For now, we can only read the entrails.

30) Whether Trump’s financial catastrophe was caused by subconscious self-sabotage, profound ignorance, or just plain “Whoops, guess I forgot to pay the gas bill”-level laziness, his current predicament is the perfect inversion of Barack Obama’s American parable: instead of a scrappy outsider rising to power through grit and intelligence, we have an entitled, privilege-farting blowhard who’s so ignorant and proud he can’t even succeed on the inane terms he set for himself.

31) I know I’m coming dangerously close to putting this in terms of “our national moment” or a “political narrative,” but come on—how can you not read this FEC filing as a sweeping epic that sums up everything about all of us? This has got to be the most Shakespearian document ever produced by the bureaucratic-industrial complex!

32) The guy spent more money on hats than on data management and online advertising.

34) Hats! It’s almost like he doesn’t know the future economy will be based on knowledge management rather than manufacturing.

35) As long as we’re a little off-topic, let’s use one of these countdown numbers to acknowledge how many important stories are being underreported as everyone focuses on Trump.

36) I would provide links to some of those stories, but I have no knowledge of them.

37) This is because all I have thought about since Monday night is the FEC report.

38) For reasons of mental health, I will not even delve into the $35,000 paid by Trump’s campaign to a fake(?) advertising agency named after a fictional(!) advertising agency whose “headquarters” turned out to be the house of a man who is trying to create human-animal hybrids(?!) via something called “XenoTherapeutics,” whose website disappeared shortly after the FEC filing was made public. 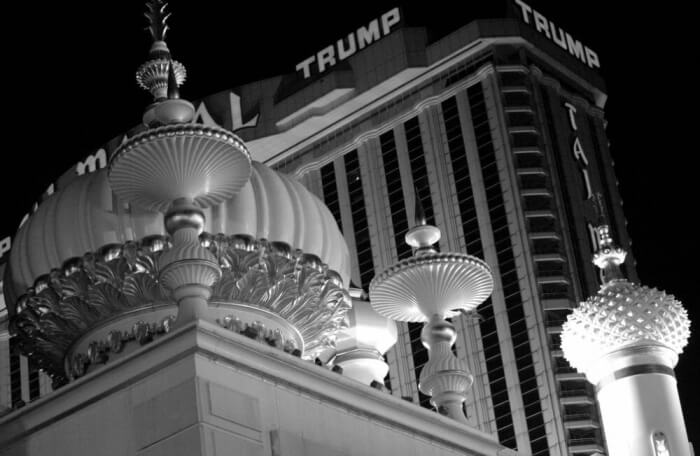 The Art of the Con
Chris Lehmann
Columns 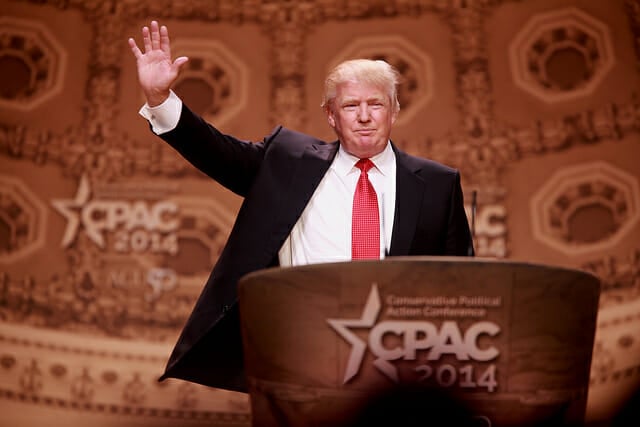 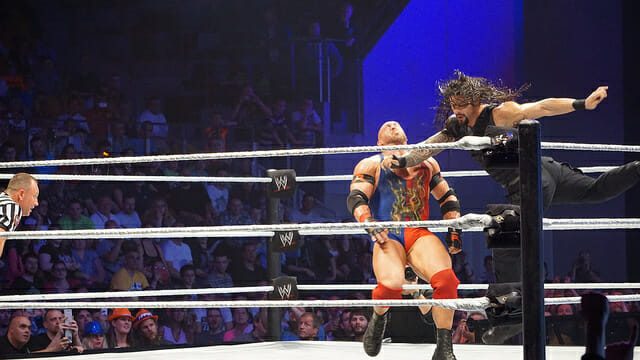 The Loudest Voice Not in the Room
Chris Lehmann
Columns