“Chained to the Rhythm,” Katy Perry’s post-election woke anthem, was variously staged in a revolving, picket-fenced white house (at the Grammy’s), a swaying suburban community lorded over by the skeletons of Donald Trump and Theresa May (at the Brit awards), and a theme park named Oblivia (in the music video). While Perry’s lyrics criticize the aspects of modern life that led to the 2016 election result—the “bubble” that we live in and the “distortion” that we, allegedly, “dance to”—these set designs were indebted to fifties-style suburbia. It was a curious choice to equate suburbia with white obliviousness. Contemporary suburbs house minorities in record proportions, minorities who were far less surprised about the Trump victory than Perry, who campaigned for Clinton wearing a royal-blue cape embroidered “I’m with Madam President.” Why stage your awakening within an anachronism?

Of course, detachment from reality—the chance to escape urban malaise, community politics, and social responsibilities—was baked into the original sales pitch for suburbia, and it was a common theme in 1950s suburban advertisements, as Kenneth T. Jackson noted in 1985, in Crabgrass Frontier: The Suburbanization of the United States. Enabled by government subsidies, and enraptured by the allure of a lifestyle defined by consumer choice as well as by promises of prosperity, safety, and comfort from automobile manufacturers, real estate speculators, and the Federal Housing Association, American city-dwellers absconded to the suburbs in droves. By design, the bulk of these migrants were white, so it isn’t surprising that white avatars and their utopian dreams first defined our impression of the suburbs; the suburbs were literally made in their image. What’s less clear is why that outdated iconography has survived decades of demographic change. Even as suburbs have grown, become poorer, more demographically mixed, and crime rates risen sometimes higher than in the urban centers they envelop, as a symbol they have remained white, midcentury, and idyllic.

They weren’t buying a slice of utopia; they were buying a fucking house.

Even in critiques of suburban culture, our stock imagery still spirals around one prefabricated suburban experience. Boring, bland, beige, and cookie-cutter, the nightmare of the suburb is its fundamental wackness. Take Suburbicon, George Clooney’s recent poke at suburbia, which draws on the enduring myth of suburbia’s unshakeable stasis. Set in the 1950s in a homogenous, idealized suburb, Clooney’s film contrasts an imploding white family, the Lodges, with their new black neighbors, the Mayers. The Mayers are immediately met with hostility from the manicured, lily-white neighborhood, and Clooney structures the movie around the dual escalation of the Mayers’ harassment and the Lodges’ dissolution. The thrust of the movie is that suburbia is built on exclusion and delusion, but it’s strange that Clooney can only render this hypocrisy through the Lodges’ downward spiral into murder and fraud. The Mayers suffer in awkward, visible silence, rarely speaking but always poised and dignified, clothes pressed, hair prim. It’s as if Clooney recognizes that blacks have a different relationship to suburbia and its mythos, but can only offer opaque speculations as to what that is. “In all fairness, there are a lot of people better qualified to make the African American story in suburbia, I think,” he told The Atlantic. In all fairness, that’s a copout: Suburbicon fundamentally relies on the Mayers’ stoic dignity to make its empty points. They are the literal black mirror to the Lodges’ sickly white glow.

Clooney’s inability to imbue the Mayers with interiority and Perry’s fruitless imagery aren’t particularly upsetting or even unique in their failures, but they hint at the diminishing returns of suburbia as a symbol. Having inspired iconic horrors in the past, from the shopping zombies of Dawn of the Dead, to the mechanized housewives of The Stepford Wives, to the stifling stiffness of Pleasantville, the suburban gothic in 2017 lacks oomph. There’s little that Clooney and Perry offer up that isn’t present in this thirty-second clip of Squidward from Spongebob Squarepants growing tired of his new neighborhood: suburban dreams quickly become nightmares. Next topic? Put simply, the suburban horror story as we currently tell it is so basic and toothless that a kid can understand it.

We are, of course, not lacking in American horror stories (we still have the healthcare system, the prison system, the tax system), but it’s worth noting that suburban lore falters for a very particular and fixable reason: it always centers whiteness. The bland neighborhoods, imprisoned housewives, and sad organization men of yesteryear have their place in the horror canon (Get Out does wonders with that old imagery, for the record), but an entire universe of non-white experiences of the suburbs exists in plain sight and provides an alternate picture of what the suburbs are and have been. Clooney’s silent Mayers, for instance, are based on the Myers, the first black homeowners of Levittown, Pennsylvania. A 1997 interview in The Baltimore Sun portrays them as personable and resilient, not just silent. Literally unmoving, they met the white mob that surrounded their home in the summer of 1957 with defiance and humor. “We never considered moving away,” Daisy Myers scoffed at seventy-two. “Somebody asked if we could stand the noise, and I said if the neighbors can stand it, we can too,” she joked. These tempered responses are undoubtedly a function of distance, but even in retrospect they hint at what the suburbs meant to the Myers in 1957: They weren’t buying a slice of utopia; they were buying a fucking house, and they stayed in Levittown because their home and needs had nothing to do with white dreams and fears. Clooney’s inability to tell that story is a lack of imagination, not qualifications.

Other lost tales of the suburbs are just as enriching. Frank Ocean’s rendering of Los Angeles neighborhood Ladera Heights on his song “Sweet Life,” for example, paints the primarily black suburb as beautifully absurd. “Why see the world when you got the beach,” he coos, enshrining the suburb’s provincialism while also admiring it. “I used to live in Atlanta, and then I moved back home to the suburbs to write my EP,” singer Abra said in an old interview. “Right now where I live is very country, very peaceful. It’s quiet; I record in my closet. When I was living downtown, I could hear sirens, honking, traffic, and my roommate doing whatever. Now, I have peace and quiet, which is really conducive to creating.” Fresh Off the Boat, a show about a Chinese American family surrounded by native Floridian dolts, artfully mocks the suburbs while comfortably declaring them home, celebrating their cultural amnesia. “Can anyone point out our ancestors in this painting?” the family’s matriarch asks her family ahead of Thanksgiving, holding a framed image of the holiday’s mythic first feast. “No, that’s right you can’t, because they’re not there,” she quips. They don’t eat a Thanksgiving meal.

For a sizeable number of Americans, myself included, suburbia never existed as a horror story or a promise.

These portraits of suburbia exist outside the rhetorical beltway of American dreams and nightmares and that’s the point. For a sizeable number of Americans, myself included, suburbia never existed as a horror story or a promise. Riverdale, Georgia, my suburban hometown, has lacked public transit since 2010, its limited sidewalks empty into ravines and highways, its already meager property values were gutted by the 2008 economic collapse and the predatory lending of the housing bubble, and the shaky school system that once lost its accreditation has been on and off probation ever since. But I never thought of it as a hellscape. My neighbors drove Saturns and Acuras; our lawns sprouted verdant Kentucky bluegrass and blighted crabgrass; our parents were grocery clerks, letter carriers, and registered nurses. Some rented, some owned, all lived. We were just as conforming and closed-minded as my cousins in the city. When these neglected stories are collated, a different picture emerges.

Don’t get me wrong, the portrait remains unflattering. As hinted at by Ocean, Ladera Heights, the “black Beverly Hills,” carries all the haughty baggage that name implies. A 2011 LA Weekly article captures the residents in snotty repose. “This is a pretty quiet community, so things like that don’t happen,” one resident says in response to a van that had been perched on crates in a driveway, as if that’s a crime. Dramedy Atlanta satirizes the kitschy, megalomaniacal consumerism of peak suburb in its scathing episode “Juneteenth,” and I can confirm that it’s all true. Straight out of Thomas Frank’s 1990 salvo, McMansions dot the metro Atlanta region, ensconced by access-controlled gates and stamped with idiotic neighborhood names. And just as monstrous are the many suburban municipalities nationwide that outright ignore the needs of their poorer residents, literally bumping them down the road, away from jobs, social services, and permanent housing. I never said the suburbs weren’t actually wack.

The suburb has always been one locale among many that embody self-interest and exclusion—there is no suburb without slums and tenements, after all—but in an era where isolationism is a global current and the suburb itself has changed, the homogenous suburb of the fifties is a feeble, ineffectual symbol. When I consider closed-mindedness in 2017, thinking in terms of space leads me everywhere: websites, apps, workplaces, airports, ICE detention centers, film sets, Charlottesville, stadiums, boardrooms, the Oval Office. The era’s more resonant avatars of noxious American self-interest are matters of property, that strange mixture of space, ownership, and imagined relations: private prisons, corporate pipelines snaking through communities, local newspapers commandeered by ideologues, private arsenals boosted by lobbyists and turned against the citizenry. These matters aren’t as readymade for horror films and sweeping polemics as the suburb in its heyday—but that’s a virtue. That just means there are fewer cul-de-sacs to get lost in. 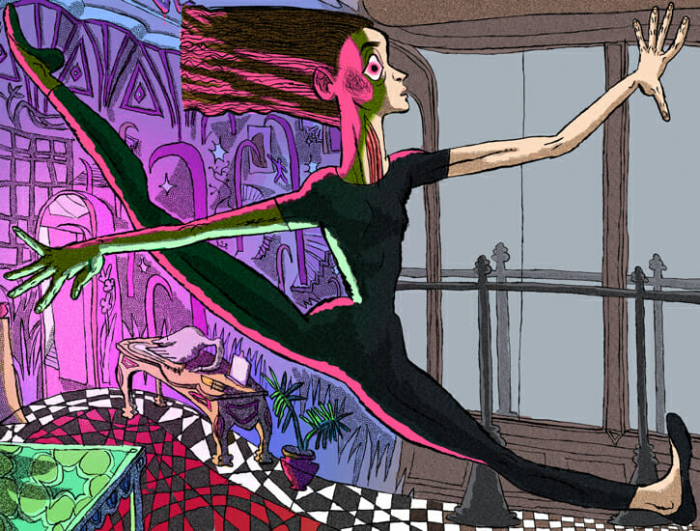 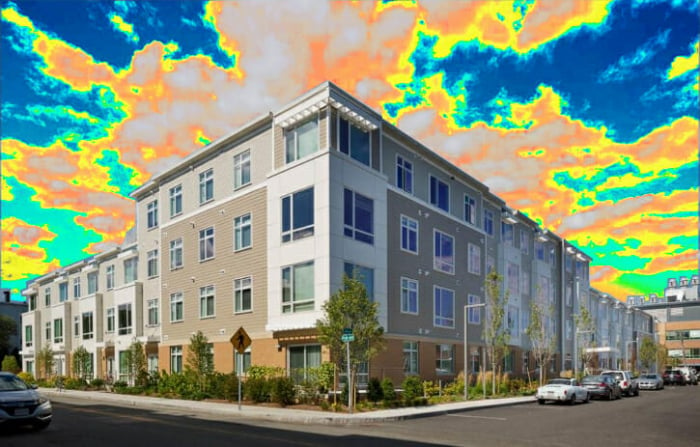 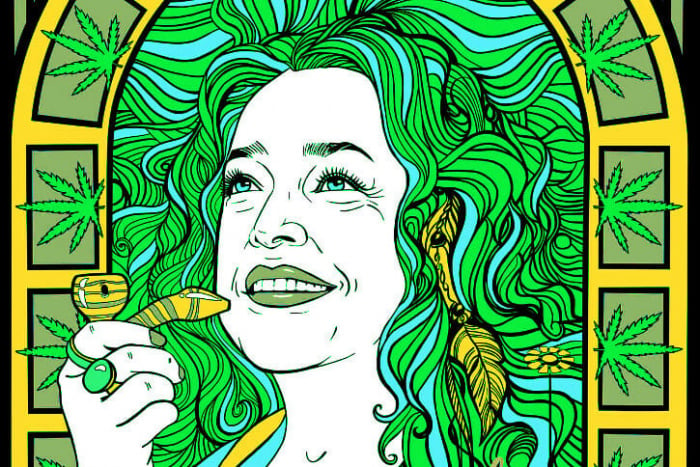