Last week, the New York Times offered an invaluable preview of the rote and banal veneration that Hillary Clinton’s all-but-official presidential run will elicit, again and again, in our neoliberal media. In a bravura survey of media metanarratives—all presented, of course, within the mind-bending bubble of our media-metanarrative manufacturing complex—Times Style scribe Amy Chozik delivered a breathless profile of Kristina Schake, an average PR flack in every sense save her exceptional professional success. Spin has been very, very good to her. She’s worked with Rob Reiner, Michelle Obama, and now Hillary Clinton. As the headline helpfully explains, “This Woman’s Job Is to Recast Hillary Clinton’s Image.”

Is it ever. To call Chozik’s piece “image heavy” is an understatement on the scale of noting that Charlie Sheen is prey to mood swings. Its adulation of the banalities of “image control” is so total, so all encompassing, that the piece collapses in on itself in a super-dense black hole of tone deafness. The anecdote that kicks off the article, for instance, tells of how Schake got the idea to test drive a more relatable Michelle Obama by having the first lady go undercover to a mall. Schake’s inspiration, it turns out, was a class she was taking on Caravaggio, in which she noticed how the Italian master always portrayed Jesus barefoot. If you want an Orwellian vision of the human future, circa 2015, imagine a New York Times fluff piece equating the humility of the barefoot Christ child with an overclass PR stunt in a suburban mall being retweeted—forever.

It gets worse. Take, for example, the desperately vacuous non-controversy over our prospective Democratic frontrunner’s age. Despite the rudderless innuendo thrown around by Clinton’s potential rivals, there’s no demographic cause for thinking that she’s too old for the job, particularly in view of how well she stood up to the globe-trotting rigors of her stint as Obama’s secretary of State. Still, if Schake’s “job” is to continually burnish the impression of Clinton’s prime electability, it’s also the press’s job to chew over the non-issue until the candidate optimally benefits from all available age clichés: she will be experienced and tough-minded enough for those legendary 3 a.m. Lincoln Bedroom phone calls, but also trailblazing and vaguely hip, in the same way that Ruth Bader Ginsburg has been embraced as the Notorious RBG.

So to step the Clinton image makeover up a notch, the proto-Hillary campaign announced that it was siting its headquarters in that hippest of all possible New York boroughs, Brooklyn. Specifically, her team has leased office space in a nineteen-story building located at 1 Pierrepont Plaza—the point at which Clinton Street comes to a dead end.

Despite this unfortunate symbolism, the choice of a Brooklyn HQ was an inspired one. It expertly fuses the protean Clinton image with the time-honored Democratic mandate of neoliberal financiering; just as important as Brooklyn’s hip cachet is its status as the epicenter of a mega-boom in real estate. So, just as with the nascent Hillary campaign’s own image-driven dynamics, Brooklyn’s rise up through the creative class permits the cultural capital of narcissistic hipsterdom to entwine, helix-style, around the circulation of actual capital. Of course Clinton campaign will set up its national shop in Brooklyn. Both things are horrible in the same ways.

To spell out just how and why Brooklyn sucks so hard would involve a detailed exegesis of the hipster. For the sake of brevity, let’s just use Mark Greif’s historical summary:

The matrix from which the hipster emerged included the dimension of nineties youth culture, often called alternative or indie, that defined itself by its rejection of consumerism. Yet in an ethnography of Wicker Park, Chicago, in the nineties, the sociologist Richard Lloyd documented how what he called “neo-bohemia” unwittingly turned into something else: the seedbed for post-1999 hipsterism. Lloyd showed how a culture of aspiring artists who worked day jobs in bars and coffee shops could unintentionally provide a milieu for new, late-capitalist commerce in design, marketing, and web development. The neo-bohemian neighborhoods, near to the explosion of new wealth in city financial centers, became amusement districts for a new class of rich young people. The indie bohemians (denigrated as slackers) encountered the flannel-clad proto-businessmen and dot-com paper millionaires (denigrated as yuppies), and something unanticipated came of this friction.

And so now in Brooklyn, twee millennials in colorful sweaters discuss app development within earshot of some of the nation’s poorest citizens. Well, not just some. Marilyn Gelber, president of the Brooklyn Community Foundation, recently told the New York Daily News, “We have more poor people in Brooklyn than the entire population of Detroit; we have more people on food stamps than the entire population of Washington D.C. Yet there are more wealthy people than in Greenwich, Conn.”

Needless to say, it’s that latter demographic that will loom largest in Team Clinton’s money-hungry campaign. Forget the would-be candidate’s recent rhetorical genuflections toward economic populism. She’s no more a populist than her NAFTA-signing Wall Street deregulating husband was, and the finance industry knows it. “I think people are very excited about Hillary,” a Wall Streeter with allegedly close ties to Washington recently told Politico. “Most people in New York on the finance side view her as being very pragmatic. I think they have confidence that she understands how things work and that she’s not a populist.”

Much has been made of the Clintons’ excesses—their “triangulating” policy feints, together with tawdry personal lives (and attendant cults of secrecy)—as representing all the worst impulses of the Boomer generation. But this, too, is just reverse image-engineering: Hillary Clinton isn’t an exemplar of the best or worst of her generation. She’s simply the ambassador of a neoliberal ideology that devastates the poor and middle class while also beggaring the honorable traditions of social reform, cheapening our impulses, and diluting anything resembling a worthy cultural ambition. Just as, say, the Berkeley Free Store devolved into the sharing economy (and, in subsidiary fashion, hitch-hiking gave rise to Uber), or the utopian ethos of the Be In inevitably gave way to Coachella, the Clinton cult’s strategic repurposing of the Democratic brand into this reassuringly bland hipness preys on the commodification of our most radical ideals.

It’s undeniable, at this late stage of cultural debate, that the hipster took root in a toxic nexus of slackerdom and yuppie nihilism. One could, after all, make the case that the hipster’s trademark self-protective irony was also a kind of ingenious end run around the consumer capitalism, one that could protect at least a remnant of bohemian autonomy from blatant commercial appropriation.

But the kids are never safe for long. Culture is an industry like any other, and ravenous creative-class entrepreneurs will always find an opening. Here, Brooklyn hipsterdom also offers a classic case study: demotic hipster totems like trucker hats and bodega beer went from markers of outsiderdom to display objects at Urban Outfitters. Meanwhile, in a considerably higher-stakes sphere of speculation, the same dynamic took hold in Brooklyn real estate: the once downtrodden warehouse spaces of Williamsburg became synonymous with gentrification. (It’s not for nothing, after all, that Williamsburg was the original US headquarters of Vice, by far the best known hipster-sellout brand, now going strong under the corporate nameplate of another with-it geriatric coolhunter named Rupert Murdoch.)

If Hillary Clinton were running in 1976, it’s a safe bet that you would have found her national HQ at the intersection of Haight and Ashbury, that earlier capital of youth rebellion, where the best hopes of a generation disappeared into a patchouli haze and an endless tape loop of Jerry Garcia solos. But hippies in their day, just like the hipsters of ours, were ultimately dupes of market forces that have spun well out of their own control. And their legacies ultimately fall into the practiced image-making hands of on-the-make hucksters like Kristina Schake and Hillary Clinton. As that great bohemian martyr Oscar Wilde said long ago, a cynic is “a man who knows the price of everything and the value of nothing.” Even before the formal announcement of a Hillary run, Schake and Clinton have already achieved one gender breakthrough: we can confidently update Wilde’s definition to include women. 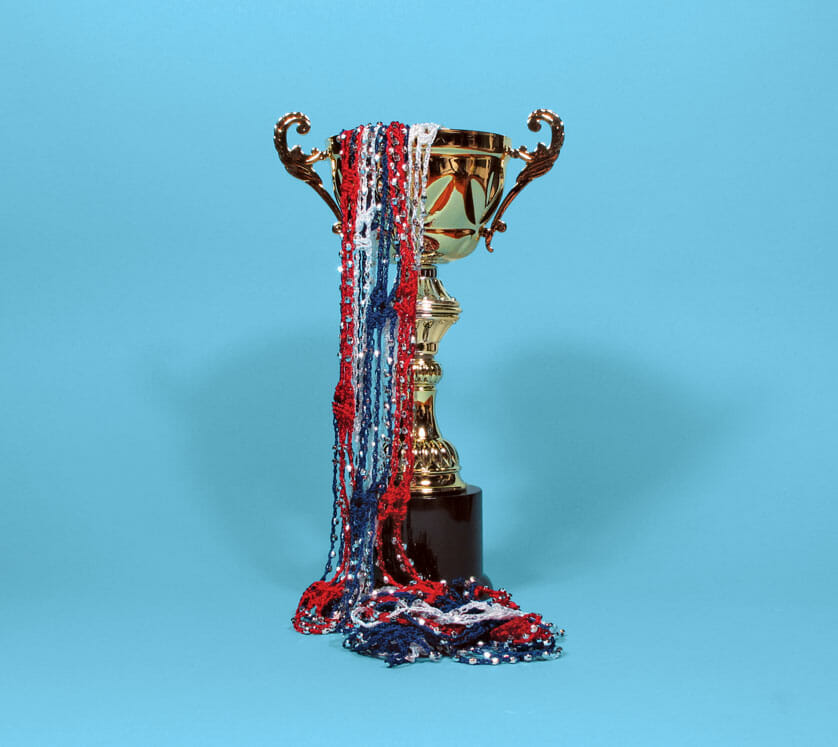