Microtargeting is a remarkable thing. Even casual podcast listeners, particularly those between the ages of twenty-five and forty-five, can recite with minimal prompting the key design features of a CasperTM mattress. And it’s not just CasperTM—there are plenty of competitors with nearly as aggressive advertising campaigns: Leesa, BedInaBox, Lull, Nest, CloudSleep, Yogabed, Avocado, GhostBed, and more. Only one of these is made up.

Why do so many business and marketing types believe that the model podcast listener—a young, hip thirtysomething who needs a new fix since NPR went down the shitter—is clay waiting to be molded into a mattress buyer? On the surface it makes no sense. This demographic traditionally wants to make purchases that have, bluntly, some show-off value. This is the upwardly mobile, striving, status-seeking social climber. Not too long ago these people were pitched BMWs, Rolexes, and exotic vacations. The kind of stuff that tells the world you’ve Arrived.

The mattress is preternaturally suited to this kind of e-commerce.

How did that segment of the market become a combat zone for, of all things, mattress retail? Well, if you listen to a lot of podcasts, marketing data suggests you stand at the confluence of two powerful trends: high anxiety and lowered expectations.

And that is the magic inflection point, apparently, for treating yourself to a CasperTM Essential.

The economics of the mattress industry are curious. Mattresses themselves are large, bulky, and infrequently replaced. A mattress is a textbook example of a durable consumer good, provided your social life is not an order of magnitude more exciting than average. Yet not only did the number of deliver-to-your-door mattress e-tailers rise from zero to nearly one hundred seemingly overnight, but the Mattress Firm chain opened so many stores that it spawned—inevitably, perhaps—a conspiracy theory that I am certain would lead to Hillary Clinton were I to learn more about it.

Mattress Firm and Casper-type internet brands alike cite the high profit margins of the mattress as the key to their growth. A fancy memory foam mattress can be assembled for around $250 in parts and labor but can retail for many times that. At least that was the story Mattress Firm told right up until it declared bankruptcy on October 5, 2018.

The number of online, low-overhead boxed mattress hawkers certainly will undergo a period of sifting and winnowing in the near future, a battle for survival in which only the strong and nimble will survive. CasperTM was among the first to the battlefield, establishing both a dominant position and a slew of imitators ready to found a company with no employees, take your money, and have a mattress from some factory they have never seen drop-ship you the promise of deep sleep and the banishment of back pain to the land of wind and ghosts.

Young college-educated consumers are supposed to be aiming higher. In the 1980s or 1990s, for example, advertisers would have been throwing higher end, more Exclusive products at urban, cool younger people. These are society’s tastemakers, after all.

But a funny thing happened in the intervening years. Older generations began to salt the earth behind them, doing everything Wall Street and the MBA class could dream up to make labor less secure, jobs longer and harder, and wages lower. As long as only blue-collar employment was on the chopping block, the petit bourgeois was more than happy to play along. Think of the tax cuts! The raging Dow!

Then the reaper came for the rest of us. Slowly it became apparent that manual labor isn’t the only kind that can be outsourced; that unions can be broken in any segment of the economy; that vicious anti-government and -tax politics would coopt nativism to get the working class really enthusiastic about voting for its own destruction; that higher education would vomit enormous numbers of credentialed, debt-saddled people into the economy to drive down wages in what were once middle class professions.

Don’t think of this as a recession; think of it as the market correcting your standard of living.

Retail marketing had to change to accommodate the new reality. That young woman who in 1985 would have been a candidate to buy a Gordon Gekko BMW and maybe some designer dresses? Her 2018 equivalent is paying off $150,000 in college debt and devoting 50 percent of her income to a fourth-floor walkup with a roommate in the only city with any jobs left in her field. Every three months, panic ripples through her workplace with the latest round of layoffs. She doesn’t worry about “making partner” or climbing the ladder; it’s difficult enough to tread the rising water.

That person, aside from being squarely in the target audience for podcasts not hosted by Joe Rogan, was once an easy mark but now is a tricky proposition for marketers. She isn’t poor, but she also isn’t a candidate for conspicuous consumption. She’s unlikely to take on anything with a long-term financial commitment—her job might not last ten more weeks let alone ten years—and is more concerned with getting by than showing off.

A mattress is at the upper limit of the kind of discretionary purchase a young employed person might be able to afford without a loan.

At some point, someone (who was no doubt handsomely remunerated for this insight) realized that this person will never afford a car or a home. How about something that will feel like an indulgence without being gaudy? A mattress! Perfect. One thousand dollars and a decent night of sleep is about as extravagantly as any of the people down at the Co-Working Space fighting for freelance checks dare to dream.

The mattress is preternaturally suited to this kind of e-commerce. No car? No problem! We’ll bring it to you. It’s a product you’re never going to impulse-buy while out on a stroll in the nearest, coolest, most vibrant shopping neighborhood. It’s at the upper limit of the kind of discretionary purchase a young employed person might be able to afford without a loan (brands offer introductory products in the $500 to $1,000 range). And best of all, it’s easy to justify the purchase because everyone is exhausted all the time from the ten-hour days.

Aspirational purchases are still a thing, of course. We’ve just had to lower the bar a bit. Actually, quite a bit. Condos? Dior? Sports cars? A little place in the Keys? No, today’s younger workforce aspires to things like “maybe having health insurance, someday” or— if we’re really feeling naughty—a moderately priced replacement for the stained $99 twin bed that saw us through college.

Dare to dream! And dare to do it in the hedonistic comfort only CasperTM can deliver. 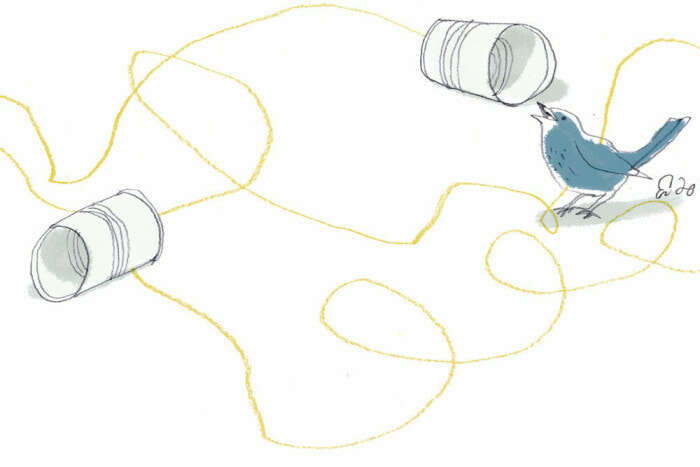 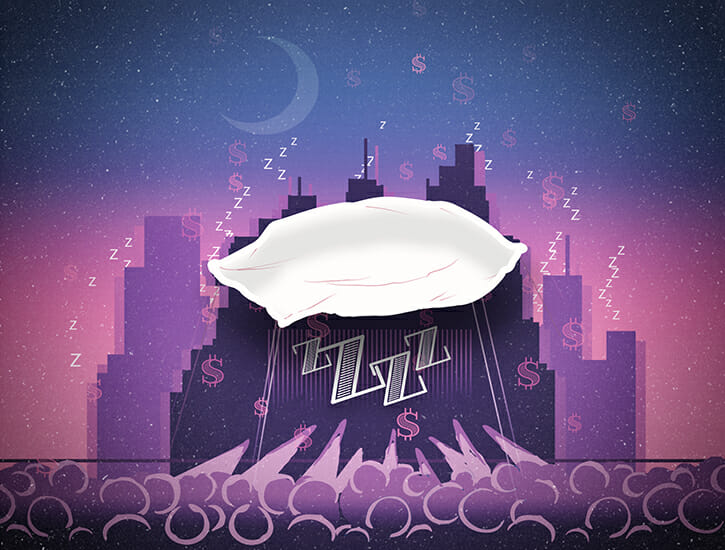 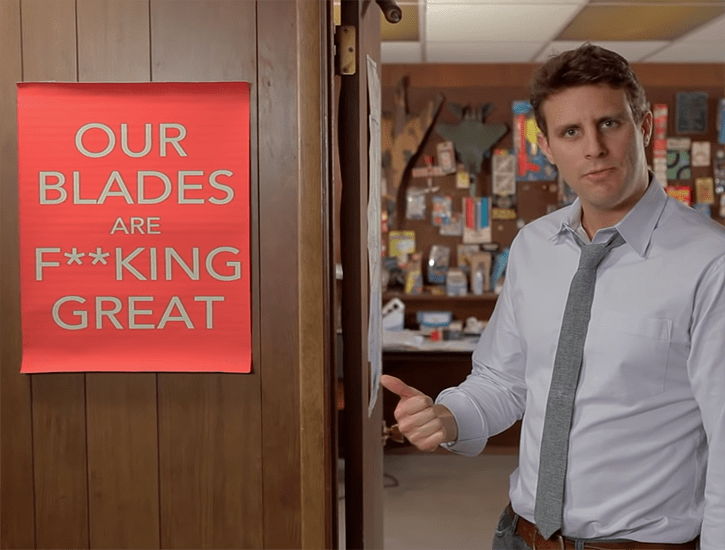