Though he is a committed foe of American imperialism, Philip Metres (b. 1970) isn’t interested in “resistance literature.” The Lebanese American poet and academic has been writing about U.S. folly abroad since the Gulf War and even theorized about “war resistance” verse in his 2007 critical work Behind the Lines: War-Resistance Poetry on the American Homefront Since 1941. But he has little time for pat poems that turn on simple conflicts like “Us vs Them.” Metres knows that in our age of total war, violence is both everywhere and nowhere, which makes it hard to depict, let alone denounce, or even to know whose side you’re on. In response, he has pushed beyond the limits of lyric subjectivity—Whitman’s “I” that contains multitudes—developing a jagged, hybrid verse form that incorporates “narrative sequencing, collage or other disjunctive techniques, dialogic structure, multiple voices, documentary sources, and discursive heterogeneity,” as he writes in Behind the Lines.

While the New Critics in the midcentury praised poems that resembled “well-wrought urns,” Metres takes a hammer to his craft. Strewn across the whiteboard of his verse are images, snatches of memoir, Bible verses, snippets of investigative journalism, and testimonies of subjects shorn of the person singular. It can resemble the work of a conspiracy nut, though over time, the contours of a grand story tend to emerge. Emblematic in this regard is his 2015 collection Sand Opera (or Standard Operating Procedure), for which Metres drew on the testimonies of prison guards at Abu Ghraib in the same breath as those of the detainees they tortured. Consider the poem “(echo/ex/): In the beginning . . .”:

In the beginning   I was there for 67 days of

▬▬
I saw myself on the face

of the deep
And the darkness he called Night


together face to face and Garner was beating them and

▬▬▬
were watching and taking

pictures from top and bottom ▬▬▬

In the boldened, faded and redacted lines, we see a sort of long-exposure photograph of torture taking place at a black site. On first glance, a heroic lyric appears to be foregrounded in the developing image, which on closer reading seems to be an incomplete account of nameless and faceless individuals’ experiences of cruelty, interwoven with partly redacted verses from Genesis such as, “And God said, Let us make man in our image, after our likeness: and let them have dominion.” In one sense, the poem lambasts the war criminals as convenient Christians living by their selective Machiavellian interpretation of the text. But the technique of “erasure” also calls out the prison guards, the imperialist state, and even the silent American press for perpetuating inhumanity or letting it go unchecked.

For much of his career, Metres has focused on American wars in the Arab world. In Shrapnel Maps, his new collection of poems from Copper Canyon Press, he shifts his terrain to Palestine-Israel. Drawing on disparate sources, including 1948 memorabilia, maps and texts from centuries earlier, and testimonies of refugees, activists, and suicide bombers, Metres orchestrates a grand conversation of voices and perspectives across three nations. The book is broken into ten sections, resembling a binder containing a war correspondent’s notes. At a climactic moment, Metres turns “shrapnel” into a verb, referring to a “shrapneled map.” The phrase evokes the image of metal invading the body politic, calling to mind these lines from the Iraq veteran writer Kevin Powers: as if “war is just us / making little pieces of metal / pass through each other.”

Metal piercing flesh is a recurring theme in Shrapnel Maps. Opening in the West Bank, the long poem “A Concordance of Leaves” is an account of Metres attending his sister’s wedding amid the Second Intifada. Danger is ever present in the travelogue, as the narrator describes an ecstatic piss he takes while “half in terror / a sniper’s bullet would chauffeur me / from this place—pants undone, penis in hand.” In time, we learn that the groom had once taken a bullet to his side from Israeli forces (“& though the bullet in the groom will begin / to hatch in his side, & the stitches in his skull / will singe another verse in the book of dreams”). Metres reflects on his fate at the book’s tail end, in the remarkable prose poem, “The Bullet Dream:”

In America, he lugs a thin shadow along his hip. In Palestine, years before, he’d been crossing the street, leaving his house, slipping
through youth slinging stones, arced arias against their plight. The soldiers down the road, playing their part in this daily opera, unleashed a pack of bullets. The bite in his side. Dragged himself away, not to the hospital where blood was proof of guilt. A song
lost
inside a wall.

And when he walked out of the hospital, the leaden heaviness no longer troubled his hip, and when she asked to see it he said what.

It is as if the brother-in-law has internalized Israeli state violence to the point where making peace entails a kind of forgetting, if not a loss of self. The land mapped in Shrapnel Maps seems similarly imbued with conflict, a cross that Palestinians and Israelis alike bear, as well as a cause that charges their identities.

“Sometimes I’m afraid I’m carrying a bomb,” Metres writes in “Homefront,” a poem from Sand Opera. “That I’m a sleeper and don’t know when I’ll awaken.” In “Theater of Operations,” Metres confronts that fear, offering a series of twenty-one day-in-the-life “monologue sonnets” written from the perspectives of Israeli and Palestinian victims of a fictional suicide bombing. Each poem is named for a casualty, some of whom are based on real people. “Ayat,” for instance, is Ayat al-Akhras, an eighteen-year-old Palestinian who detonated her vest at a supermarket in Jerusalem in 2002, killing two Israelis; “Rachel,” is seventeen-year-old Rachel Levy, one of the victims. (The incident prompted renowned pacifist George W. Bush to poignantly note, “When an eighteen-year-old Palestinian girl is induced to blow herself up and, in the process, kills a seventeen-year-old Israeli girl, the future itself is dying.”) “Theater of Operations” crests into a crescendo with a chorus by Rachel and Ayat, in which they sing together, considering how the act of violence breaks the dichotomy between victim and perpetrator: “martyr / murderer / they make the frame / around the face of the victim / victim / oppressor / we break the frame / ourselves.”

Shrapnel Maps is filled with tributes and attributions to real people and real events. “The Tel Rumeida Circus for Detained Palestinians,” for instance, is an ode to American activists and circus performers Jonas Moffat, who “can cast / three stones into the air, to hover there,” and Katie Miranda, who “turns / the flares around her, as if she were trapped / in the center of ignition, unburned.” They are honored for entertaining Palestinians stopped at checkpoints for hours together, being generous enough also to let the Israeli soldiers manning them enjoy the show. “According to this Midrash” praises Rabbi Arik Ascherman, Co-Founder of Rabbis for Human Rights, who drinks tea with Palestinians he knows “would want to kill me and my children,” in the “caves where they live / after their house was demolished.” “The Dance of the Activist and the Typist” is about Huwaida Arraf, co-founder of the Palestine-based International Solidarity Movement, who stood between soldiers and the protestors they were firing at in the West Bank, inserting “the inked ribbon of herself / between the black roller of history.”

Perhaps the most moving story in Shrapnel Maps is of the octogenarian Nahida Halaby Gordon, who was exiled as a nine-year-old from Jaffa during the Nakba in 1948. Visiting Metres’s freshmen at John Carroll University in Ohio, Ms. Gordon shares a PowerPoint presentation:

But she doesn’t look like a refugee, my student said, eyeing

her grandmotherly cardigan, her gray-black coif and new laptop.

I’ve asked her to tell her story, but on her PowerPoint,

and my sophomores, soporific from history, slip into a dream

soaked red, and I’m asking why, why,

or glance at their screens, seeing or not seeing

While Ms. Gordon might not seem like a refugee to Metres’s students, her entire identity has been shaped by displacement and her decades-long ordeal to prove her connection to the land. Like Metres’s brother-in-law, a part of history is lodged within Ms. Gordon— in this case, the Haganah leaflet issued by Israeli paramilitary forces in 1948, a cheap knockoff of the colonial power that had already vacated the land by then, expelling her from her homeland because she didn’t have the “bona-fides.”

The lyrics in Shrapnel Maps do not seethe. Rather, they say their piece while alluding to the other pieces of the puzzle we’re all trying to put together, not knowing the final image. The book ultimately takes a cosmological approach to truth and reconciliation, as is clear from one of its final poems, “Future Anterior.” It reads like a gnomic FAQ page, with questions such as What is a settlement?, What knows no border? and What knows no walls? The poem ends on the poignant note: “14. What knows no state, no nation? / From a certain height, in a certain light, / stretching across a plain / the land resembles warm skin / If you live long enough, / you can almost see it / breathing.”

Karthik Purushothaman is a poet from Chennai, India, who now lives in New Jersey. He has been nominated twice for the Pushcart Prizes, and was a special mention in Best American Nonrequired Reading 2019. His poems and nonfiction most recently appear in American Poetry Review, Jacobin, The Wire, and Hyperallergic. He interviews people at alienencounters.substack.com. 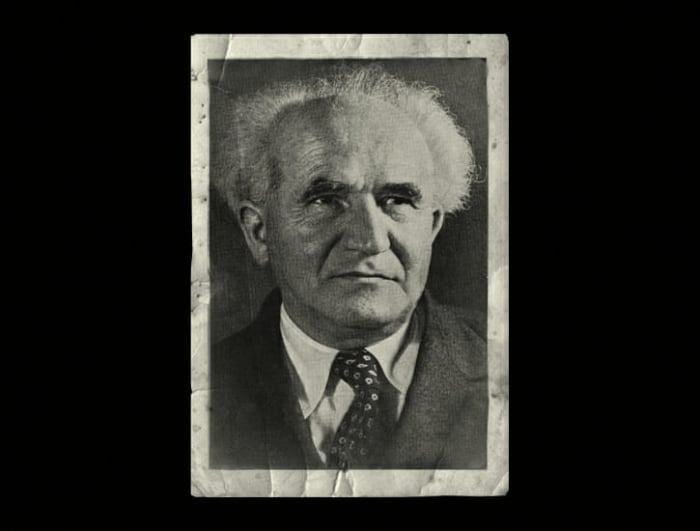 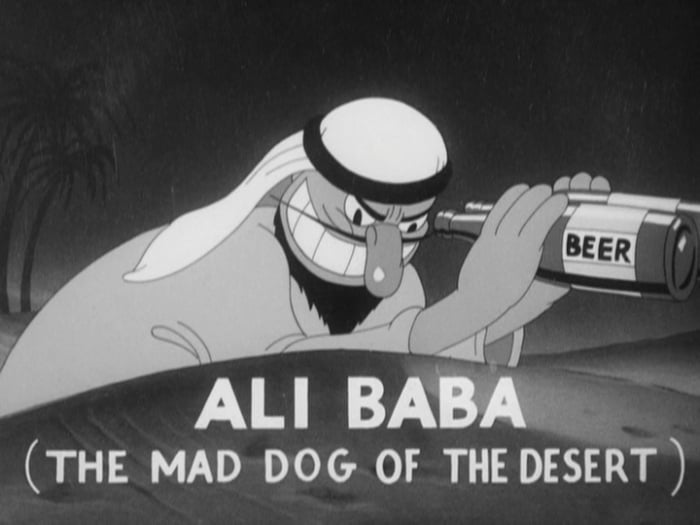 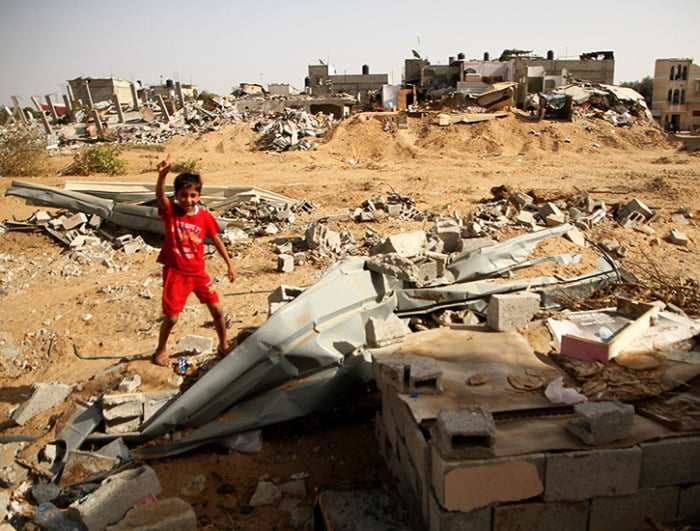