Months into the coronavirus pandemic, the debate over whose work counts as essential continues to wax and wane with the nation’s PPE supply, despite having what I consider to be a simple answer: all workers are essential, and all bosses and managers are not. While grocery store workers, hospital cleaning staff, meatpacking and food processing plant workers, and farmworkers are finally getting some of the recognition they’ve always been due, America’s legion of utility workers are rarely mentioned in the same breath as these other frontline workers—even as they quite literally keep the lights on. The work they do is physically taxing and far from squeaky clean. Many of them can’t work from home, and the jobs they do are often performed sight unseen; most people hope to never have to call on them at all. But when disaster strikes, whether it’s a wildfire, a hurricane, a water main break, or a gas explosion, utility workers are right there risking life and limb alongside first responders. The current crisis is no different: these workers have been continually placed in harm’s way—and are vulnerable to its dangers.

“I do think we’ve been left out, because mostly we’re not seen,” Jessica Skoczylas, a gas service utility worker and union member in Detroit, told me. “Nobody thinks about utilities and what we’re doing. We’re just not out there unless something goes wrong.”

Invisible or not, their labor is essential to meeting peoples’ basic needs for food, water, warmth, and light. The unique challenges of this particular crisis mean that telecommunications have also become a lifeline for telemedicine as well as for those working, organizing, and studying from home: no phone or internet lines mean no calls to grandma or Zoom meetings or access to emergency services. And during a crisis in which the poor and working class have been offered up like sacrificial lambs while the wealthy hide out in isolated luxury, the need for the services these workers provide transcends class and economic lines.

When disaster strikes, whether it’s a wildfire, a hurricane, a water main break, or a gas explosion, utility workers are right there risking life and limb alongside first responders.

Without gas to cook with, no one’s sourdough starter would become anything more than a glass of goo; without air conditioning or refrigeration, grocery stores and food processing plants would struggle to stave off spoilage. Every home and factory and office building and cursed celebrity compound and government citadel needs electricity and water to function, and they all run on power that could blink out at any moment. If the lights go out at one of billionaire provocateur Elon Musk’s lavish Bel Air mansions, he—or his assistant—still has to call the Southern California Gas Company so that a member of UWUA Local 132 can come out and fix the problem.

But having access to utility services in a desperately unequal country, with over forty million newly unemployed people trying to pay their bills, is another matter entirely. Some major utilities providers have suspended shutoffs or enacted assistance programs to ease the widespread financial strain, a move which the Utility Workers Union of America (UWUA) supports. While some of the providers themselves are taking an economic hit, particularly in the renewable energy sector, it’s in their best interest to play ball right now: it isn’t hard right now to imagine a near future in which rent and utility strikes become de rigueur. “With unemployment nearing Great Depression levels, few actions could do more to further harm people, and undermine public health and safety, than mass shutoffs of energy and water supplies,” UWUA President James Slevin warned in a May 7 letter to Congress. “At this scale, such a phenomenon would be ripe to foment civil disorder.”

The UWUA and other utility and construction unions have been busy trying to get a handle on workplace safety during a time when everything feels like it’s teetering on the edge of chaos. On March 6, the AFL-CIO and twenty-three other unions petitioned the Occupational Safety and Health Administration to take immediate action to protect workers by issuing an Emergency Temporary Standard for Infectious Diseases, or ETS (National Nurses United had filed a similar petition focusing on nurses on March 4). The petition called on OSHA to issue “direct, protective requirements,” as opposed to more voluntary “guidance,” as well as a slew of safety measures. After a two-month delay, in what the AFL-CIO called “a stunning act of agency nonfeasance in the midst of a workplace health emergency of a magnitude not seen in this country for over a century (if ever),” OSHA refused to concede, informing them of the decision in an April 30 letter from the Trump-appointed Secretary of Labor Eugene Scalia. Since then, thousands more workers have fallen ill or died.

Scorned by the lack of a federal response, the International Brotherhood of Electrical Workers (IBEW)—who represent two hundred forty thousand utility workers across the country—and the National Electrical Contractors Association (NECA) put together the National Disease Emergency Response Agreement, an emergency plan to keep their members safe on the job. The March 16 pact laid out guidelines for limiting workers’ exposure to Covid-19 and halting the spread, as well as for furloughs, unemployment, and safety protocols on-site. At the time, IBEW President Lonnie R. Stephenson said he hoped the new rules would “[provide] a measure of stability as we face this new reality.”

Unfortunately, it still wasn’t enough. In a new lawsuit filed on May 18 in the U.S. Court of Appeals for the District of Columbia Circuit, the AFL-CIO pressed OSHA once again to issue an immediate ETS, citing the “grave danger” the virus continues to pose to workers of all kinds, calling it “an unprecedented workplace health emergency.” The standards they’ve proposed (which mirror those in the March 6 petition) would require that employers implement comprehensive infection control plans and provide beefed-up protections like PPE and testing to workers. As AFL-CIO President Richard Trumka said in a statement, “We’ve been left no choice. Millions are infected and nearly ninety thousand have died, so it’s beyond urgent that action is taken to protect workers who risk our lives daily to respond to this public health emergency. If the Trump administration refuses to act, we must compel them to.”

“We are calling on the Senate today to realize the gravity of this issue that governments are facing,” he said.

Furthermore, the HEROES act directly calls for OSHA to issue an Emergency Temporary Standard for Infectious Diseases and would create a nine-month COBRA subsidy for workers who have lost their job during this crisis. We continue to fight for our members to have adequate PPE, and for those companies to implement safety procedures and stop work procedures when they feel unsafe. Many states have yet to reach their height in the pandemic, but others are beginning to lift quarantine restrictions. We are looking ahead to anticipate the challenges that remobilization will pose for our members; more of the public will be out and about in our society, and we risk more.

Certain members of the Senate, at least, seem to have answered Slevin’s call: a group of high-profile Democratic lawmakers including Senator Elizabeth Warren, Senator Tim Kaine, and Senator Tammy Baldwin, as well as Senator Bernie Sanders, have called on the Labor Department’s inspector general to investigate OSHA’s inspections and citations since COVID-19 hit. They’re also calling for an investigation into the agency’s decision not to implement an emergency standard like the one unions have been demanding. In a statement to HuffPost, Warren characterized OSHA as having “refused to take even the most basic steps to protect workers during this crisis.”

Still, nearly three months after that initial petition to OSHA, utility workers in coronavirus hot spots have been hit hard. The UWUA now has a memorial page on their website dedicated to their union siblings who have been lost to the virus. Out of the thirteen names, almost all of them were members of New York City’s Local 1-2 and Dearborn, Michigan’s Local 223. Among those lost are shop steward Frank R. Vivola Sr. of the Bronx, Adrian Phillips of East Stroudsburg, Pennsylvania, and Earl R. Kid III of Akron, Ohio.

The memory of their sick or lost colleagues weighs heavily on those who have been forced to stay the course. For workers who necessarily perform their labor inside peoples’ homes or in other public buildings, the risk of infection remains a constant threat in addition to their grief. On that May press call, Skoczylas described the feeling of entering a customer’s home—where they’re breathing all over everything, in a space where they haven’t been wearing masks 24/7 or sanitizing constantly—as like “walking into a minefield.”

Nearly three months after that initial petition to OSHA, utility workers in coronavirus hot spots have been hit hard.

“In the very beginning it was really terrifying because you don’t know what you’re walking into,” Skoczylas, a mother of two school-aged children and who was on unpaid leave when we spoke due to a lack childcare, told me later. “Mentally, you’re confused. No one knew what was going on. It was terrifying and depressing. We weren’t prepared for infectious disease or a pandemic. Emotionally, it was really hard. My kids are little but they knew what was going on. My anxiety level was through the roof.”

She says that things got better once she and her fellow workers were provided with masks, PPE, and a rotating shift schedule, but that the pressures of reopening—as states like Arizona, Texas, South Carolina, and others have already begun to do—are bringing fear and uncertainty back to the fore. “Everyone’s anxiety has spiked back up, because we’re going to our normal schedules, and so is the public.”

As dire as things are for many Americans, the devastation wrought by this pandemic and our government’s cruelly bungled response to its ravages would increase a thousandfold were these essential workers unable to do their jobs. Without utility workers, supply chains and day-to-day life in the United States would quickly grind to a halt. Surviving this pandemic without their help is unthinkable. The country as a whole owes it to them to do whatever necessary to keep them safe—and to send some of that newfound empathy for essential work their way.

“I hope customers understand we’re just like them,” Skoczylas told me. “We’re scared and there’s a lot of unknowing. A lot of customers are up in my face. I hope they can respect that we’re going to be really careful and really safe and maintain that six foot distance. We’re still not back to normal yet.” 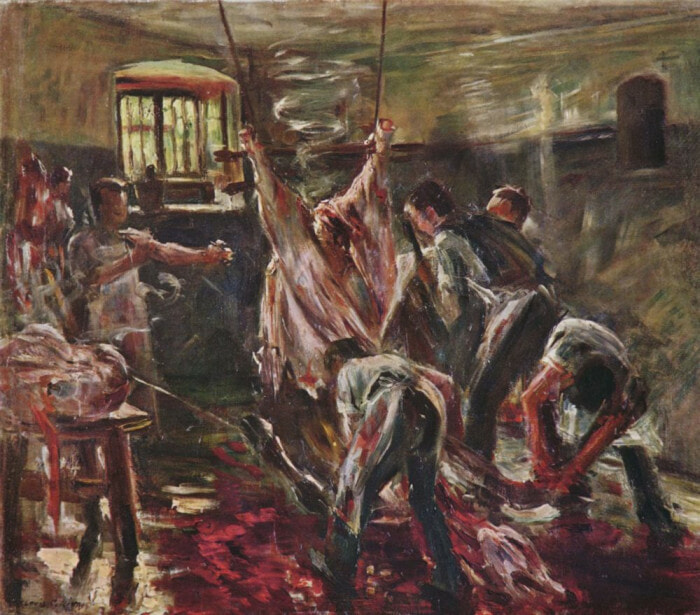 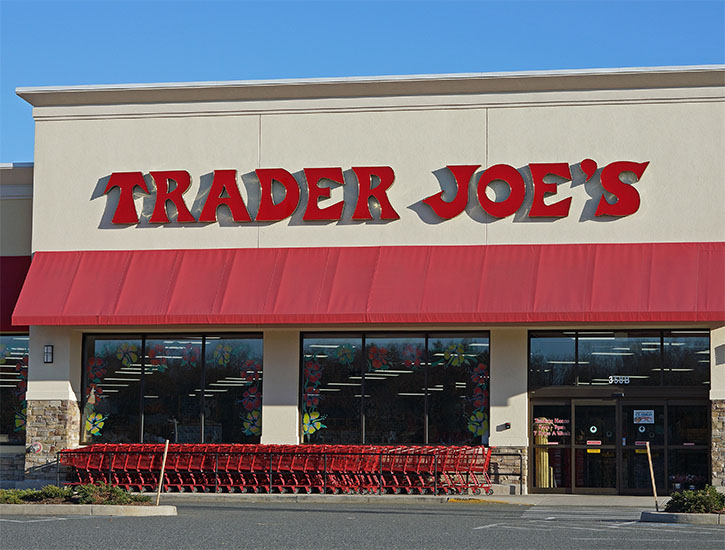