Back in the day, two honest, humane, intelligent tax economists that Washington was blessed with were George Break and Joe Pechman. They resided at the Brookings Institution, then a kind of liberal wonk Elysium. (Now, alas, not so much.) One of their signature works was a book entitled Federal Tax Reform: The Impossible Dream? For liberal economists, the ideal but impossible tax reform was a broadening of the tax base—increasing the extent to which income is taxable, removing pointless exceptions to taxable income—and reduction of tax rates, all without increasing the deficit.

After Ronald Reagan bumped federal taxes down and up again in the eighties with the Tax Reform Act of 1986, it turned out that this sort of reform was not impossible. The story is told in Showdown at Gucci Gulch: Lawmakers, Lobbyists, and the Unlikely Triumph of Tax Reform, by Wall Street Journal reporters Jeffrey Birnbaum and Alan Murray—and in a more scholarly mode, by C. Eugene Steuerle in The Tax Decade: How Taxes Came to Dominate the Public Agenda.

Neglect founded on hypocrisy regarding the deficit implications of giant tax cuts is not new for the GOP.

What elevates the difficulty of tax reform of the liberal, good-government sort is that those who benefit from the greater good of lower rates are difficult to mobilize against the more concentrated, narrow interests whose bread and butter is some special dispensation in the tax code. An example is the deduction for mortgage interest, beloved especially by realtors, home builders, and bankers.

The generalized benefits of lower rates are spread widely but thinly, while the benefits of a special provision—“tax expenditure” in wonkese, “loophole” if you don’t approve of it, “preference” in more neutral terminology—are focused on a narrow constituency. My beloved economics prof Mançur Olson made his considerable reputation by elaborating this theme in his classic study, The Logic of Collective Action: Public Goods and the Theory of Groups.

Admittedly this is all a long way around to the Republicans’ latest dumb show in tax reform, which plays out a new defiance of Olson’s theory. Here a variety of narrow interests, some of which inspire sympathy, others of which may not, have been rolled. As Matt Yglesias points out at Vox, these aggrieved interests include realtors, homebuilders, police, hospitals, doctors, and the mighty AARP. I would add school teachers, graduate students, parents of adopted children, and individuals with very high medical expenses.

This political victory was facilitated by three factors: the backing of one particular, very narrow interest—the super-rich—the abandonment of any pretense of orderly, legislative procedure, and the disappearance of any restraint on increasing budget deficits.

The super-rich had dual motivations for backing tax reform. The obvious one is that it cuts their own taxes a bunch, not least on the dynastic perpetuation of family wealth. The other is their interest in securing political victory, never mind on what, for the Republican Party and Trump, who provides them with full-spectrum support on a panoply of concerns.

Neglect founded on hypocrisy regarding the deficit implications of giant tax cuts is not new for the GOP. It just blossomed this time in unprecedently blatant form. A poster child for this mendacity is Trump’s own director of the Office of Management and Budget, Mick Mulvaney, formerly a congressman from South Carolina.

Like all Republicans, Mulvaney takes deficit spending to be bad business until it isn’t. One pass he afforded himself concerned relief for the destruction wrought by Hurricane Sandy on the East Coast, including his home state. Now he says he wants to boost economic growth, and for this, he claims, we need higher deficits.

The scene didn’t evoke the deliberative wonders of a federalist golden age so much as the never-ending battle royale of the Thunderdome.

The relevance of higher deficits for economic growth actually comes out of Keynesian theory, anathema among supply-side economists—and, until now, self-proclaimed “right-wing nut-job[s]” like Mulvaney. Not long ago, these fiscal hawks demanded that the growth effects of reductions in tax rates—the feedback in the form of higher tax revenues—be factored into deficit calculations under the rubric of what is called “dynamic scoring.” Problem is, it turns out that dynamic scoring as conducted by neutral parties like the Congressional Budget Office or the staff of the Joint Committee on Taxation never, ever shows that tax cuts “pay for themselves.”

It is possible to reform taxes, as in 1986, without increasing deficits. In fact, given the political will, a tax reform could be designed to reduce deficits. A politically unpopular tax reform, however, becomes more difficult if tax cuts for Paul have to be offset with tax increases for Peter.

As Ryan Grim points out, the tax bill is actually a giant tax cut combined with a giant tax increase. The gross tax cut is $6 trillion, and the gross tax increase is $4.5 trillion. The fact that the cuts outweigh the increases, resulting in a net of a trillion-and-a-half dollars of added deficit, is the least interesting part.

Many oxen are gored for the pleasure of others. Ronald Brownstein described the victims of this sweeping legislation as tantamount to a Republican “enemies list.” The tax increases are focused on residents of blue states that finance state and local government services with income taxes, and owners of very pricey real estate (primarily on the left and right coasts). Victims in the new Senate bill include graduate students, people with very high medical expenses, school teachers, and clean energy producers.

As this is being written, the precise details of a final bill have yet to be determined, so some of the egregious, spiteful items may be pulled, or supplemented. But the big revenue raisers, a.k.a. tax increases, cannot be removed without the deficit price tag escalating dramatically, possibly causing some mild embarrassment. In any case, given the breathtaking progress of the legislation to date, it’s hard to imagine some final monstrosity not coming to Trump’s desk for signature. And if one thing is certain, it is that he will sign anything that promotes his own family’s financial interests, which this bill will surely do.

The bill excreted in the Senate was passed in a hurry before its demerits, including the minimal, positive feedback effects found in dynamic scoring, could be brought fully to light. As late as the day before the Senate vote, there was not even a final legislative text, doubtless delayed by frenetic horse-trading behind the scenes.

The contemporary withholding of analysis, debate, hearings, and actual legislative language rose to new levels of lawlessness. What Senator John McCain has exalted in the recent past as “regular order” was derisively flouted. (It may not surprise you that McCain supported the bill.) In response to Democratic Senator Chuck Schumer’s protests, Republican Senate leader Mitch McConnell said, “You complain about process when you’re losing.” The scene didn’t evoke the deliberative wonders of a federalist golden age so much as the never-ending battle royale of the Thunderdome—only instead of Mel Gibson leading the resistance, Democrats seem to be stuck rallying behind Rick Moranis.

Contrary to some liberal hysterics, a higher deficit at the moment is not a big deal. It would not “blow up” the economy. It could actually provide some slight boost, since we are still at some distance from full employment. Of course there are better vehicles for stimulus than the Republicans’ tax cuts. The real question is what comes next.

It is reliably predicted that, like arsonists who seek the glory of fire-fighting, Republicans will rediscover their deficit-phobia next year and take it as a cue to “reform entitlements.” Some Democrats in the Senate, such as Mark Warner of Virginia, Tom Carper of Delaware, and Dick Durbin of Illinois indicated their congeniality by voting against an amendment offered by Bernie Sanders pledging themselves to oppose cuts in Social Security, Medicare, and Medicaid.

For all the smug, liberal ranting about the president’s innate stupidity, this gang is about to reap a huge victory that scratches every wingnut itch.

“Entitlement reform,” sometimes described as “strengthening” or “modernizing” or even “saving” benefit programs, will mean nasty cuts in Social Security, Medicare, Medicaid, and food stamps (“Supplemental Nutrition Assistance Program,” or SNAP, for wonks). This bait-and-switch maneuver may also gain momentum from the likelihood that, when the deficit predictions prove overly optimistic, the response will be to scale back tax cut components favoring the middle class. The rich will get away clean.

In other words, the new features of our legislative environment are the overwhelming influence of the very wealthy and the ruthless, shameless suppression of democratic deliberation. For all the smug, liberal ranting about the president’s innate stupidity, the dysfunction of his administration, and the precarious state of Republican incumbents, this gang is about to reap a huge victory that scratches every wingnut itch.

The only politics that can defend this wretched state of affairs is an expanding machinery to deny people the vote. That’s in the works, too. The Resistance, justifiably exhausted by this year’s avalanche of political terribleness, is going to have to rouse itself again. We just have to ensure that our response isn’t reduced to yet another plea for the elevation of rational norms for good-faith democratic deliberation. As this debacle has made abundantly clear, there is no partner for that tango. 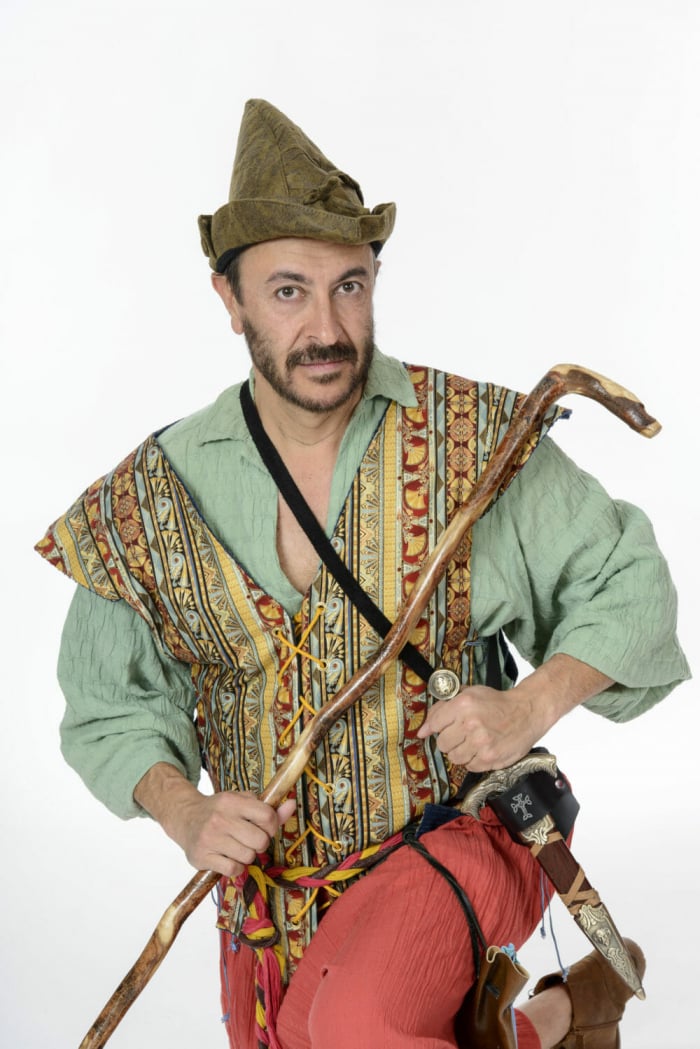 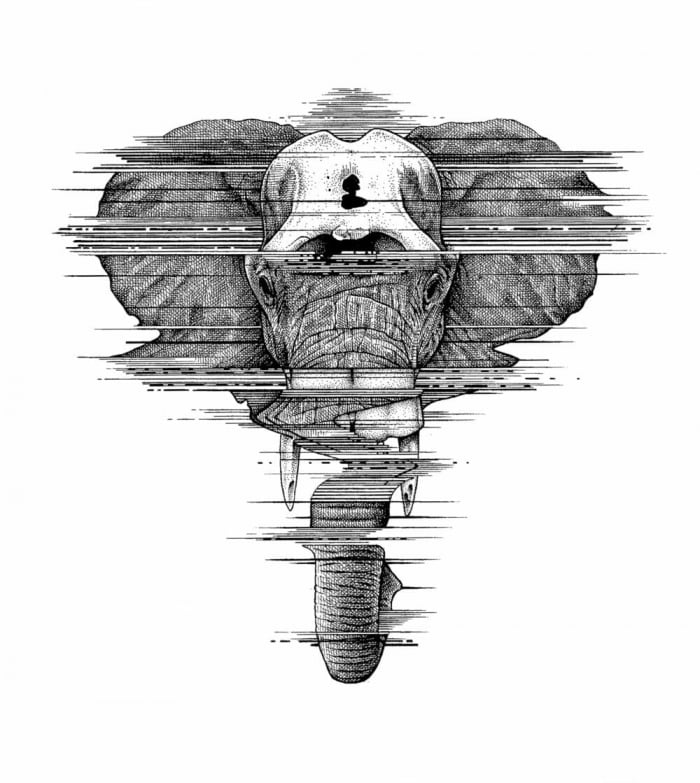 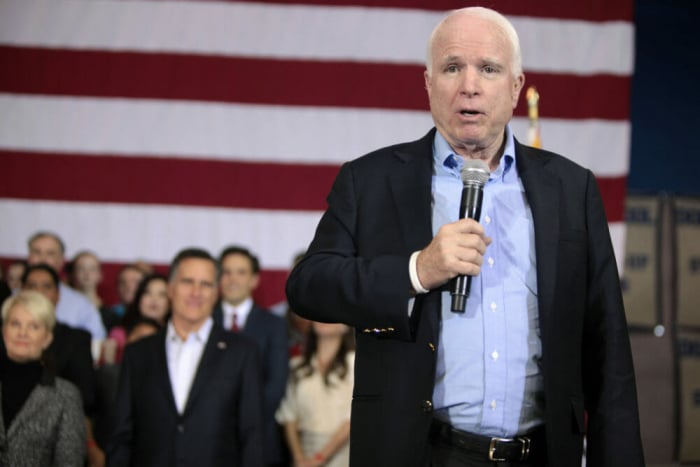