Born in 1952, in the ancient port city of Durrës, Visar Zhiti is an Albanian writer, poet, translator, journalist, and diplomat, with over twenty-five books to his name. When he was in his twenties, Zhiti was sentenced to ten years in prison for writing “anti-communist” poetry. He continued to secretly write verse in prison, which his friends learned by heart and circulated on their release. His prison poems have been published in an English translation by Robert Elsie in a book titled The Condemned Apple.

What follows is a piece of memoir by Zhiti, recounting his engagement in prison with literature, particularly with William Ernest Henley’s poem “Invictus,” also incidentally read by Nelson Mandela on Robben Island. Zhiti’s connection to this poem is a beautiful testament to the power of language and the gift of translation in helping someone control their own fate even under harrowing circumstances.

It strikes me now as intriguing, even incredible, that this poem entered our prisons in Albania. Especially at a time of the dictatorship, when our country, while ostensibly part of the Communist empire, was in fact the loneliest state in the world, with the most closed-off people. It was a time when socialist realism ruled, when all literature was placed at the service of socialism. Books that deviated from the party line were regularly punished, their perpetrators imprisoned and killed. For a time, even the use of metaphors was forbidden.

That the poem was written by an Englishman would have counted doubly against it. After all, English was then seen as the language of the world’s most aggressive imperialism. In 1975, our dictator, Comrade Enver Hoxha, had even written a book titled The Anglo-American Danger to Albania, which began with the arresting line, “Both the imperial governments of Great Britain of past centuries and its royal governments in recent years have been hostile to the Albanian people.” Brought out by 8 Nëntori, the house publisher of the “The Institute of Marxist-Leninist Studies at the Central Committee of the Party of Labor of Albania,” it circulated widely, if only because Comrade Hoxha had a captive audience. After heavy labor in the mines, political prisoners would be taken outside in the courtyard, made to kneel, and subjected to recitations from the text—a central plank of our “reeducation.”

Whichever way it got there, the poem was in prison before me. The English version passed among inmates, from hand to hand. From the oldest to the youngest, not according to age, but according to one’s time of arrival. Who had written it? Its author was unknown. Prisoners don’t give much thought to authorship. What matters is the word, the poetry. Creative works circulate anonymously in prison. They become a collective work, belonging to all of the convicts.

One prisoner, near my bed, had hidden the poem in the straw of his mattress. Another, in a sack where he kept some food. Some carried copies in their pockets. Others set down its lines on the first page of every new notebook, in Gothic letters. And we didn’t know that in another prison far away, on another continent, another prisoner, by the name of Nelson Mandela, was reading this very poem, perhaps at the same time we were reciting it to each other in the dark.

Poetry gives prisoners the strength needed for survival. It creates a kind of secret alliance between us, a conspiracy against ruin. Or so it seemed to me, someone who had been sentenced to prison for writing poems. In 1979, then still a college student, I had submitted the manuscript of the poetry book The Rhapsody of the Lives of Roses to the only government-run publishing house. Other writers wrote the expert report against it, deeming me an enemy of the Party. “Your poems have a pessimistic tone,” they told me in court, where I was not permitted a lawyer. “It goes against socialist realism, is decadent.” Eventually, I was sent to Spaç Prison, the most notorious labor camp in Albania, and later to Qafë-Bari Prison. Among thousands of inmates, there were artists, painters, opera singers, actors, a few writers, and I, the only one convicted for poetry.

We were sent to prison, stripped of our clothing, with none of our belongings on us, our heads forcefully shaved. We were not allowed to wear a watch, which would allow us to know what time it is, nor shoes, because that would help us escape. From day till night, all we wore were the prison’s striped uniforms and labor boots.

Each prisoner was allowed to keep a small notebook in order to write letters home—or to the prison commanders to denounce other inmates. You could have only two of these a month, with about two sheets of paper inside each. I secretly filled mine with poems, many of them harmless English classics: Tennyson, Rossetti, Shelley, Shakespeare’s sonnets—of which the Albanian singer Sherif Merdani has said, “Anyone who translates these poems learns English.” On the cover of that notebook, I had pasted an image, torn from a magazine, of the well-known house where the Albanian Communist Party was founded. That ensured that guards would not confiscate it or tear it up.

We could read in prison, but only books published by the government. Inmates, however, were adept at smuggling in banned books that had been published prior to the Albania-Soviet split, including by Remarque and Hemingway. I read The Old Man and the Sea for the first time in jail. Sometimes, we used the covers of socialist realism books to wrap our counterrevolutionary titles. Older prisoners had even copied out by hand whole novels of Dostoyevsky—a feat I find scarcely believable now. My most treasured possession was an Albanian translation of Walt Whitman’s Leaves of Grass, which my family brought me and which the jailers luckily mistook for an agricultural textbook.

At some point, there must have been an inmate—either in this prison or another—who loved this poem enough to set it down in his diary. And over time, it took on a life of its own, moving from inmate to inmate, from memory to memory. By the time I was arrested, the poem was immensely popular. In fact, it had become the subject of a kind of translation fever. Prisoners translated in whatever manner they could, never thinking about the real author, let alone about questions of copyright. It seemed to each of us that we each had authored the most accomplished translation:

My translation is the best of all, I’m convinced.

But yours has no rhyme.

Better in free verse than in worn-out rhymes.

Where can you find it anyway, as if they would ever let rhyme enter prison.

An anthology could be put together with all these translations. Or perhaps the best-rendered lines and verses could be collected. But such a thing would never happen. Over time, some of our notebooks got lost in prison, they were confiscated and burned. Many prisoners themselves have passed away. More to the point, Albania is suffering a kind of amnesia about the dictatorship, and there is little interest in our suffering and resistance. If anything, a strange nostalgia for Comrade Hoxha’s rule is spreading.

“What’s this notebook?” the policeman asked, as he was searching my stuff before letting me pass through the iron gate of hell.

“All the teachings and advice from the prison commander,” I replied. “I want to keep them in mind now that I’m free.”

I was lucky that I managed to retain that notebook, which had all my poems handwritten in English and Albanian, including my translation of “Invictus.” I still have it with me today, as well as all my other prison notebooks. I turn to them from time to time, to dispel any doubts that arise about the value of literature.

I wanted to express our gratitude to the poem’s author, whose name I tracked down after my release from prison. It was an exhilarating discovery, which also brought a sense of closure, the kind one feels when arriving at a long-awaited destination or after finally solving a puzzle—a desperate joy or joyful despair.

His name was William Ernest Henley. An Englishman born in 1849 in Gloucester, he was a poet, writer, critic, and publisher. It seems he composed “Invictus” before going to have his leg amputated. In the process, he invented wings. The poem was first published in 1875 in Henley’s A Book of Verses, in a section titled “Life and Death.” Originally, there was no title, only a dedication: To RTHB.

The poem comprises four stanzas, sixteen lines in all, eight syllables each. No complications in the structure, critics note. The word pit in the first stanza is intended as a reference to Christian hell. Without fully realizing it then, I translated this word, which literally means hole, as hell—a felicity for which I am grateful. In the fourth stanza, there is a phrase from The Gospel According to Matthew, which alludes to the narrow gate of life. Life and death itself are reasons to take this poem back into my hands. It ignites like a flame.

Henley died of tuberculosis in 1903, in the prime of his manhood, aged fifty-three. His ashes were placed on his daughter’s grave. Those ashes will always burn, warming every hand that comes near them, be it as a consolation, or a tribute, or a disturbing memory.

Invictus
(Visar Zhiti’s own translation in Albanian, completed when he was in prison)

Visar Zhiti is an Albanian writer, poet, journalist, translator, diplomat, and author of more than twenty-five books. His work has been translated into several languages and received many awards in Albania, Kosovo, Romania, Italy, and France, including “Leopardi d’Oro,” “Ada Negri,” and “Mario Luzi” among others. 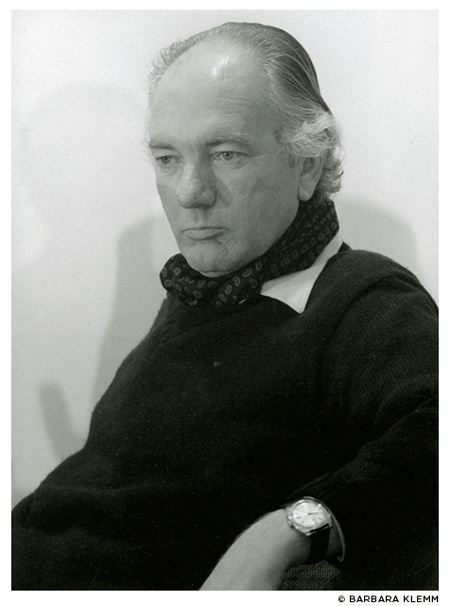