On Thursday, January 24, the anti-racist, anti-capitalist, feminist post-punk band Gauche will travel from Washington, D.C., to help inaugurate The Bad Society, The Baffler’s new series of concerts and talks. Tickets for the event can be purchased here. Below, band member Daniele Yandel describes the backstory behind the band’s new single,“Conspiracy Theories.”

For as goofy and simple as the song “Conspiracy Theories” sounds, it’s also surprisingly personal. Hi, I’m Daniele; that’s me, along with my bandmates in Gauche, chanting, moaning, and screaming expletives at the top of my lungs. I’m a musician, and like many musicians, I work in a restaurant. The restaurant where I work just happens to be two doors down from Comet Ping Pong. Yes, that place, the one that was the target of the 2016 Pizzagate conspiracy, which claimed that a cabal of high-powered Democrats, including Hillary Clinton and her campaign chairman, John Podesta, were running a global child-trafficking ring based out of the restaurant’s basement. And, you may also remember, the theory claimed that Comet’s openly gay, vociferously pro-Democrat owner, James Alefantis, was an active pedophile helping Clinton and Podesta cover up their crimes. James Alefantis is also the owner and operator of Buck’s Fishing and Camping, where I work. The two restaurants are sort of sisters; Comet the larger, more casual, family-friendly spot, and Buck’s her slightly more upscale older sibling. Some employees work at both. We share supplies and storage space when necessary. We have a joint holiday party every year. You get the drift.

And then Pizzagate started. We stopped answering calls from area codes we didn’t recognize.

Now, let me take you back to 2016—*pulls out crystal ball, waves hands around*. It was a time long, long ago, before a fascist cheeto was running the country. Privileged white people living in urban centers all over the land assumed that our next president would be either a woman or a socialist, which was, to be honest, kinda surprising, but hey, the Republican primary was such a mess, that why not shoot for the moon, right? It’s shocking to remember that moment, and to think about how quickly my sense of the world changed.

First, Trump won the Republican nomination. Wow, I thought, I really underestimated the Tea Party, Freedom Caucus, and white supremacists. But even then, it felt far away, like something that happened inland, in rural areas, a long shot. Then someone threw a rock through a window of the restaurant across the street from Buck’s, and yelled get out fa****s. I don’t remember the exact phrase, and I wasn’t there when it happened. I heard about it the next day when I came into work, but I remember the word. I felt shocked by it. Shocked that it happened, not just in DC, but in the very affluent, very progressive neighborhood I worked in. I wondered if that rock was meant for us.

And then Pizzagate started. At first it was just calls to Comet Ping Pong, but then Buck’s started getting them, too. We stopped answering calls from area codes we didn’t recognize, but they left messages. For the most part, I shrugged them off, but sometimes they got to me. I remember one in particular from an old lady whose voices started to crack as she spoke, as if she were about to cry. She asked how we/I could possibly hurt all these innocent children? She was almost pleading as she asked. She ended the message by damning me and the rest of the staff to hell and reminding us that god would have his revenge. It was certainly surreal, but to be honest, it was hard to be angry. This woman didn’t know me. She didn’t know any of us. She had no idea what she was talking about, but she really believed it, and that got to me. I had more faith in humanity than this. If these people just knew me, if they could sit down and talk to me, they would realize how crazy this was, that they were being fed lies by bad actors.

Every once in a while, a call from a Pizzagater would come through during a shift. Usually the person would start yelling or threatening me, and I’d just hang up the phone. But the more I avoided them, the more I started to feel guilty. As if my avoiding them was proof that I had something to hide. I decided that the next time someone called and wasn’t yelling, I’d try to talk things through with them and explain. When the call came, the person on the other line sounded like a reasonable enough young man. I explained that I’d worked here for years, and if there were any child sex slaves here or at Comet, I’d know. I tried to explain that the conspiracy theory was wrong—I could show him if he came here. I explained that there wasn’t even a basement in Comet as the theory posited, and that the basement was actually in Buck’s. I explained that, yes, employees from both establishments used it for storage, and then the caller started laughing. He said, Come on, we both know you’re lying. Two restaurants can’t carry food and supplies from one to the other. What do you do walk the food down the block on the sidewalk? That would violate every health code on the books! I tried to explain that the back doors were only ten feet apart in the back parking lot, that we weren’t carrying cooked food, but bottled and canned ingredients. This only made it worse. Every fact I presented was not proof that the theory was wrong, as I intended, but proof that I was lying, that I was covering something up. I quickly realized the quixotic nature of what I was doing and hung up the phone, defeated.

It reminded me of something Slavoj Žižek said in The Sublime Object of Ideology. He was talking about how reason fails us. He explains that when an ideology has really taken root, any discrepancy between reality and one’s beliefs is turned into an argument for the subject’s original convictions. He argues that “[a]n ideology really succeeds when even the facts which at first sight contradict it start to function as arguments in its favor.” This was exactly what I was experiencing, and it made me feel crazy. It’s one thing to learn about this stuff in a classroom, but it’s quite another to live through it. The experience made me depressed. It diminished my faith in humanity and the power of reason.

Trump got elected President, and things escalated at Comet Ping Pong. I came to work one Sunday in December to find the whole block taped off and surrounded by police. A man had come to the restaurant earlier that day armed with an AR-15-style rifle and the conviction that he would free the children. He came in guns a blazing; luckily everyone, patrons and staff, were able to flee without injury, and the police were called.

Sometimes a flower can grow out of a giant pile of shit after all.

After he shot off a lock, investigated thoroughly, and was able to find no children, Edgar Maddison Welch, a twenty-eight-year-old from Salisbury, North Carolina, surrendered himself to the police. People, some my close friends and coworkers, were horribly traumatized. Both restaurants hired security guards, invested in better alarm systems. Things were really tense for a few months. Around this time my bandmates and I were jamming, and the words just came out of my mouth: conspiracy theories, conspiracy theories, conspiracy theories, I hate Pizzagate! At first, it was just a straightforward expression of anger, cathartic but also weird. Stewing in one’s own anger isn’t exactly fun.

A few months later, after things had cooled off considerably at work, Gauche had a show at Comet Ping Pong, and we knew we had to play the song. It was probably our first or second time playing it live, and right in the middle of it, I just started moaning, really hamming it up. I knew the people there would understand; we’d all been through it together. It was kind of a middle-fingers-up posture, a well, if you’re gonna think I’m pervert no matter what I do, then I might as well have fun with it, sort of mentality. The shtick stuck; the moaning and yelling became an integral part of the song and transformed it into something really fun and funny. The song went from being an angry release to a joyful, communal act of rebellion. Sometimes a flower can grow out of a giant pile of shit after all. “Conspiracy Theories” might not be a traditionally “beautiful” song, but it really is that for me.

Daniele Yandel is a former competitive ice skater turned environmental urban planning specialist turned musician who started learning how to drum when she was twenty-four years old. She plays in Gauche and Priests and helps operate Sister Polygon Records. She enjoys watching college lectures that have been uploaded to YouTube, collaging, and making kale smoothies. She loves Cleaners from Venus, Essential Logic, SZA, and Sophie Ellis Bextor. Her favorite TV show is Star Trek: TNG. 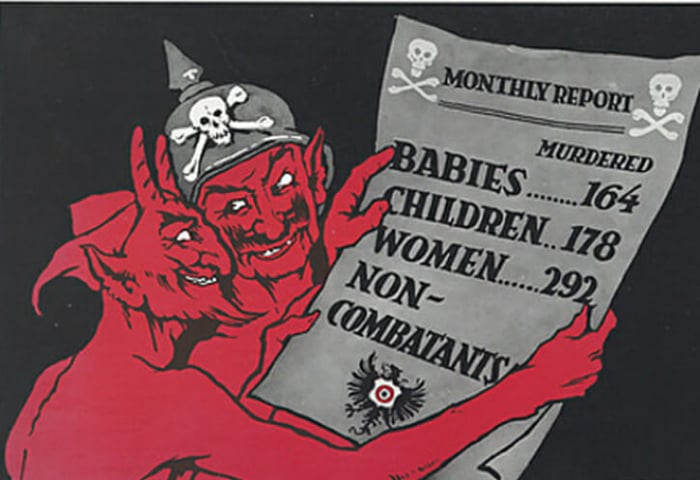 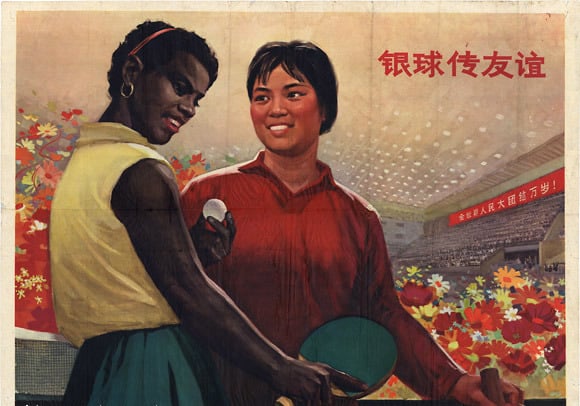 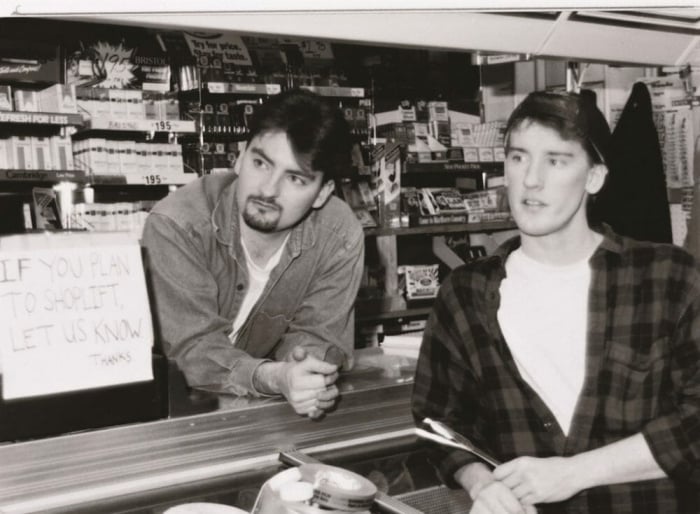