Liberals should stop asking whether Donald Trump—or his chief strategist and the former head of Breitbart, Steve Bannon—is a Nazi. Not because the employees of Trump’s son-in-law and adviser said so in an embarrassing paean to the “zealous Zionist” who has Trump’s ear, or even because, like one high school history teacher and Holocaust expert in Northern California, you could be forced into retirement. No, the reason to resist the temptation to whether our president elect and his ghastly racist retinue are bona fide Nazis is that it’s the wrong question, and it’s always been the wrong question.

That’s not to say that it wouldn’t be relevant if Trump or Bannon or any incoming member of the Republican administration were actual neo-Nazis (though one suspects at this point that few Trump supporters would actually care). But the efforts to divine the darkest thoughts of their souls and then compare them to various Nazi leaders miss the point in an extraordinarily American way.

The Nazis gained power in Germany through democratic elections and maintained it through maintaining the support of a plurality, if not a true majority, of Germans well into the 1940s. Thus, the question isn’t whether Trump and his ilk are Nazis; it’s whether Americans are, or would be willing to accept it if they were.

On one level, Americans’ obsession with whether various leaders are more or less like actual Nazi leaders speaks volumes about the failures of the American educational system: our approach to history, for better and mostly for worse, stems from the nineteenth century Great Man philosophy of history. Under this view of things, all historical change is a project reserved for our leaders; the rest of us are just drawn along in their wake with little agency or responsibility.

The “with little agency or responsibility” disclaimer ought to ring a few bells here. That’s the underlying philosophy that allows white Americans to evade responsibility for the institution of slavery and the long-term harm it has created for African Americans by saying that their ancestors never enslaved anyone. If we conceive of our leaders as the only (or primary) agents of history or change, then the rest of us need to own up to the systemic injustices that our actions uphold—or, indeed, to any of the changes our chosen leaders impose and we accept.

But history is lived and influenced by more than just “Great Men”; going along to get along is as much a choice as taking to the streets to protest (and possibly risking your life to do so). Our collective world is shaped by everyone’s actions or courses of inaction—which is the philosophy behind Howard Zinn’s A People’s History of the United States, one of the most popular and influential critiques of Great Man pedagogy.

Though often decried as a leftwing radical and popularly reimagined by conservatives as an purveyor of politically correct pseudo-historical inquiry, Zinn was chiefly invested in reclaiming the project conspicuously name-checked in the title of his best known work: a people’s history. In this regard, had a great deal in common with post-war West Germans who, in policy, in art and in academic settings (including mandatory education) grappled—often imperfectly—with the collective responsibility Germans shared for the horrors of Nazism and the Holocaust.

In East Germany, on the other hand, under Communist leaders installed by the Soviets, Nazism and the Holocaust were deemed a product of the pre-war capitalist regime. This meant—officially, at least—that East Germans, as Communists, were relieved of agency and responsibility for any collective action in the Nazi years. And, notably, the former East Germany, (where unemployment remains stubbornly high and GDP per capita remains stubbornly low compared to the former West Germany) is now the center of a great deal of rightwing extremism and was, until anti-immigrant extremists surpassed neo-Nazis in popularity, the focal point of modern Germany’s neo-Nazi movement.

Those two things are not unrelated—at least according to many Germans who have studied it. The popular aphorism “Those who do not learn history are doomed to repeat it” (a misquote of George Santayana that probably underscores his actual point about how failing to apply experience to one’s instincts leads to perpetual intellectual infancy) is perhaps more applicable if rendered “Those who do not learn how people like them participated in history are doomed to repeat it.”

The Nazi concentration camp at Buchenwald sits on Ettersberg Mountain, broadly overlooking Eisenach (where Martin Luther first translated the Bible), Weimar (the home of German literary greats Goethe and Schiller and the seat of liberal Weimar Republic, established after World War I) and Erfurt (the site of the first-ever university in what is now Germany). Before an Erfurt-based company installed the crematorium on the mountain in 1940—20 meters from the bear exhibit in the zoo established for the amusement of SS families—the SS used to send prisoners’ emaciated corpses on open trucks to the municipal crematorium in Weimar, often losing bodies at the curves of the mountain road.

In America, we learn that Hitler and the Nazis committed the Holocaust; in Germany, German children learn that they all participated in it.

One can derive any number of conclusions from these bits of information. The Nazis who established and ran the camp were uniquely cruel and evil is a popular such lesson. But the German history professor who guided my tour encouraged me to draw a different conclusion: that on that mountain, overlooking many of the places fundamental to the establishment of liberal, modern Germany and in full view of the Germans who lived and worked there, the Nazi regime began systematically starving, torturing, experimenting on, and killing Jews (and Roma, and LGBT people, and people with disabilities and political prisoners). What’s more, they did so as they entertained themselves by visiting well-fed captive bears, and nobody said or did much of anything about it, except for the men who helped build the Nazis a more convenient crematorium.

In America, we learn that Hitler and the Nazis committed the Holocaust; in Germany, German children learn that they all participated in it, because the Germans came to believe that acknowledging their collective culpability as individuals was the only way to prevent it from ever happening again.

Americans, meanwhile, continue to debate whether the Civil War was fought to preserve the institution of slavery, as stated by actual Confederates at the time, or to settle a far more abstract and nebulous quarrel over the less morally indefensible concept of “states rights.” History isn’t always written by the victors, especially if there’s a version that makes everyone feel a little less guilty.

We like to think of Hitler and the Nazis as uniquely evil, but the Holocaust wasn’t just committed by Hitler and the 10 percent or so of Germans who joined the Nazi party: it was committed by tens—if not hundreds—of thousands of people throughout Europe and even the Soviet Union, many of whom said they were “just following orders,” and abetted by men and women across the continent who, at best, simply looked away as atrocities were committed in their names.

That infamous Nuremburg defense, of course, takes on new meaning when a President Elect has suggested that he will order members of the military to torture prisoners, create (or resurrect) a Muslim registry and encouraged his supporters to engage in acts of violence against protesters. We all like to think that we’d stand up to wholesale abrogations of our fellow Americans’ constitutional rights (or, at least, for the right to life, liberty and the pursuit of happiness). But a large body of psychological research suggests that once we’re ordered to do something atrocious, we feel relieved of the burden of feeling guilty about doing it. As matters stand, we have to train college kids to intervene when they witness sexual assaults, because the most common psychological reaction to being a bystander to an atrocity is . . . to stand by.

We’ve already instructed generations of Americans to believe that history is made by Great Men who carry the rest of us along, rather than millions of individuals’ decisions (in and out of the voting booth). The scariest question to consider in 2017 and beyond isn’t whether President Trump will use the power of the federal government to commit acts that many of us, under other circumstances, might consider at least travesties and at worst atrocities. It is, rather, the question of whether Americans will shrug their shoulders, cheer him on as long as the economy improves, or participate.

Megan Carpentier is a writer and editor, who has worked for The Guardian and Talking Points Memo, among others, and been published by Esquire, the Washington Post, Jezebel and the Daily Beast. She's the only known writer to have had simultaneous bylines in Us Weekly and Foreign Policy. 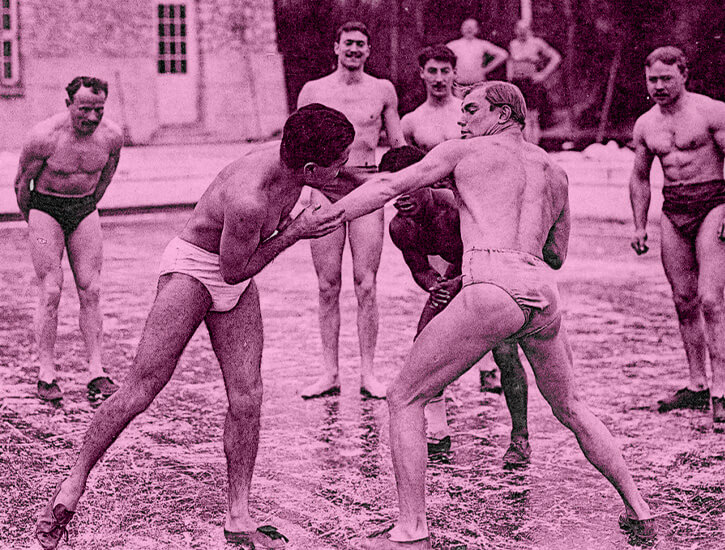 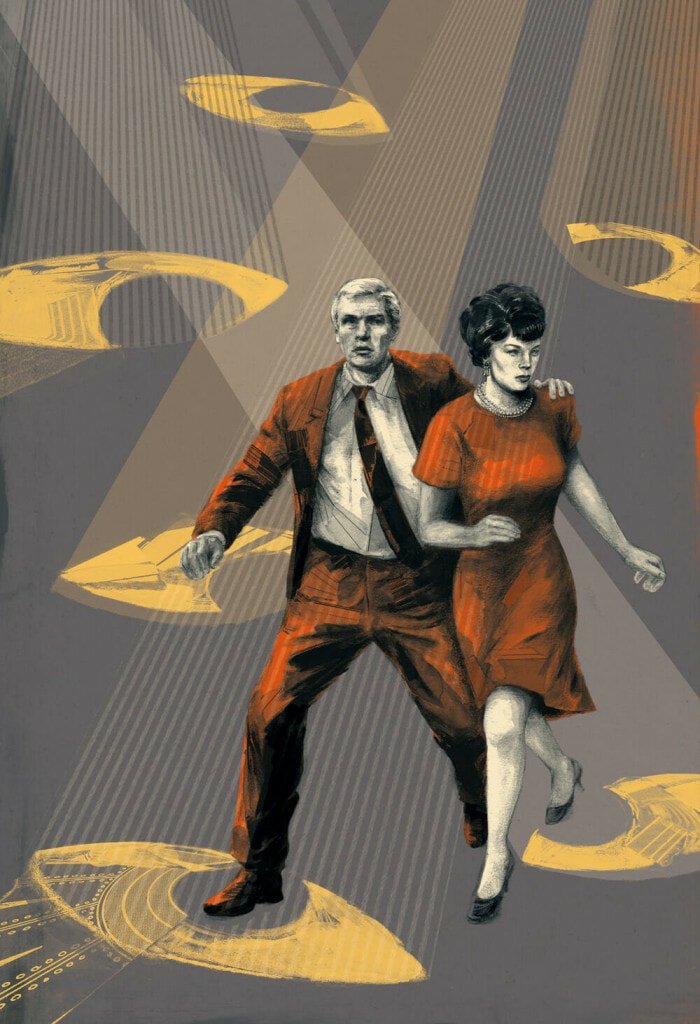 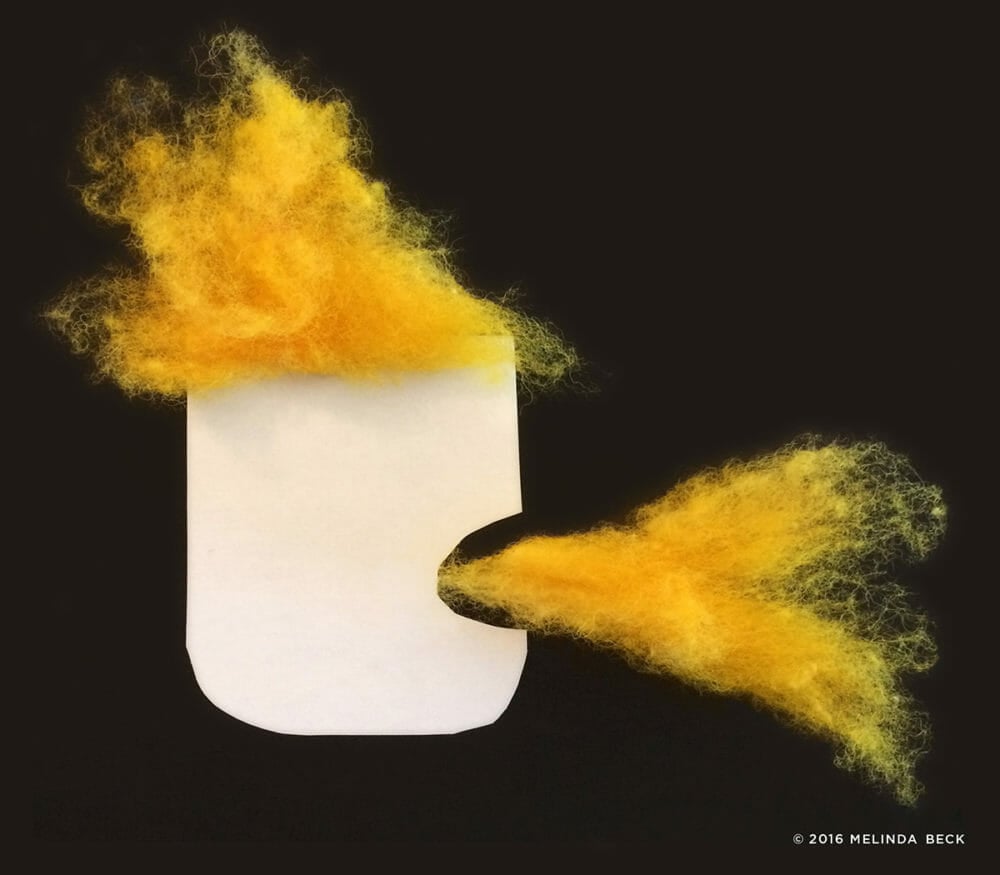