It is an axiom of our age that a good crisis is a great opportunity, and nowhere is this belief more strongly held than in our nation’s beloved tech sector. San Francisco has a housing crisis; one startup founder aims to do his part by renting his couch in return for “$900 plus, hopefully, 20-25 hours web development/mo.” America has an (un)employment crisis; maybe one company can help.

This week brought the news that Zappos, a wholly-owned subsidiary of Amazon, is going to occupy the unemployed for months with (mostly futile) attempts to become virtual “friends” with the online shoe retailer. As the Wall Street Journal reports:

Zappos, based in Las Vegas, plans to hire at least 450 people this year, but candidates won’t find out about those jobs on LinkedIn.com, Monster.com or the company website. Instead, they will have to join a social network, called Zappos Insiders, where they will network with current employees and demonstrate their passion for the company—in some cases publicly—in hopes that recruiters will tap them when jobs come open.

A naïve reader might imagine that the traditional hiring process, where a company posts its openings and job seekers submit their cover letters and resumes, did plenty to serve the interests of our nation’s job creators. But Zappos’s “head of talent acquisition,” Michiael Bailen, told the Journal that traditional hiring “is too ‘transactional.’” Instead of reading about the qualifications of potential hires, “Recruiters instead will spend time pursuing candidates in the Insiders group with digital Q&As or contests, events that they will use to help gauge prospective hires’ cultural fit.” 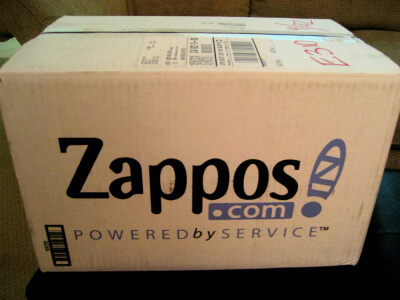 BFF in a box / Photo by theritters

Zappos has apparently decided it is no longer good enough to be a qualified hire who is interested in the job. An interested applicant must also spend unremunerated time pretending to engage in virtual social relationships with existing employees. The American economy has become so warped that it now appears reasonable to a subsidiary of a leading public company to require people who may never be hired to spent large amounts of time pretending to be friends with people with whom they may never work.

This represents the convergence of at least three disturbing trends in the current American economy: the long-term unemployment of large numbers of people and the consequent power given to any company which is hiring; the technology industry’s revival of old prejudices under catchy new names; and the way that technology increasingly erodes any sense that our work selves are merely a component of our lives, rather than the entirety of our existence.

As warped as this hiring system is, the Wall Street Journal could only find—or, more likely, only thought to seek—people who praised Zappos’s innovative spirit. Just one booster, the founder of a talent-acquisition consultancy that works with companies including Pepsi and Walmart, said that, while Zappos had made “a move in the right direction . . . it is unclear whether potential candidates will remain engaged with the company if months go by without job opportunities.”

The fact that we are discussing whether this can go on for months is a crushing indictment of the continuing unemployment crisis. But this represents not just the transfer of ever more economic power to employers. It also signifies a new degree of freedom afforded to corporations by social consensus. In the age of “gamification,” when no life experience is considered complete unless it is reflected on social media networks, we have been unwittingly primed to not only allow, but expect, this kind of behavior. 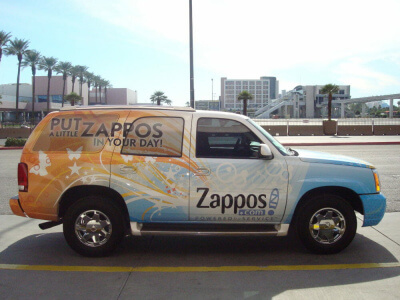 BFF in an SUV / Photo by TopRank Online Marketing

The Baffler has previously discussed “the digital job seeker’s all-but-obligatory LinkedIn account,” but at least LinkedIn is a network where you might appeal to multiple employers at once. Under the Zappos plan, you have to create a bespoke profile for each potential employer. It is not enough to love your employer: you must love all employers. Zappos recruiters expect to “spend time pursuing candidates in the Insiders group with digital Q&As or contests,” while the “candidates” are supposed to “connect with Zappos employees” using social networks. Not that these potential hires don’t have choices: Zappos executive Bailen told the Wall Street Journal that supplicants “can engage with us in a very public way or private way if they’d like.”

Imagine multiplying this choice to apply to several employers, or even dozens of them. We’ll need no longer worry that the unemployed are idle: they will have full-time jobs engaging in contests with one employer, doing an online Q&A with another, connecting publicly with some corporations’ actual employees, and privately with those of another. Those who already have a job and wish to leave it will get to experience the joy of working two jobs. Trying to get hired will now be just like having a “knowledge economy” job, with months or even years of your life spent in front of the computer—except you won’t get paid. In a way, this is the ultimate fulfillment of the cult of the job creator.

Part of the horror this scenario presents is that most people who do this social labor won’t actually be hired. But some probably will—and what of them? They will have expended substantial resources developing online relationships with their new coworkers and bosses before they even arrive. It is difficult enough for a new hire to set boundaries and establish an appropriate place in the workplace, but how much more if your new boss is also an established pseudo-friend?

That the demands of the office are leaking into all parts of our lives is not news. But how much harder will it be to resist dealing with that late-night email from your boss when he or she is already your Facebook friend, and can see your child’s recital ended thirty minutes ago? The transformation of your job into your social life is largely a one-way street: you may become “friends” with your boss, but not with the shareholders to whom your boss owes primary loyalty. Loyalty flows upstream, just like profits. 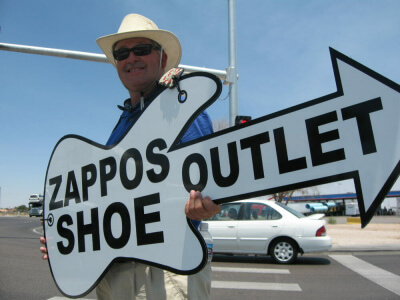 Zappos’s new scheme represents the way Silicon Valley (now more a state of mind than an actual place), with its unusual élan, is working to recast the old boys’ order as new and exciting and fun. The “culture fit” that Zappos is searching for has notoriously become a way to continue hiring white and Asian men for tech jobs, while pushing women and other underrepresented groups aside. This pattern is widely acknowledged among both critics of the technology industry and in the business press as well. In fact, the first Google result for “culture fit hiring” happens to be a Forbes column warning companies of the discriminatory perils of “Hiring Like Zappos.” The white men who engage in this circus of employability may eventually get hired, but the less “culturally fit” will do all of this for nothing. This is not the first time that a company’s promised “disruption” will turn out to be nothing more than the old way, but faster.

Living on a couch, working for your rent while spending months performing “friendship” with possible future bosses might have been considered a nightmare, or slum living, a generation ago: but could the 1960s even imagine free returns on unlimited pairs of shoes? And did you know Zappos sells clothes now, too? There’s undoubtedly a shirt there that will make you look chill in your Zappos Insider profile picture. Your future depends on it—but at least you can also depend on their Guaranteed Free Overnight Shipping.

Noah McCormack is Publisher of The Baffler. He publishes regularly and writes occasionally.

I Turn My Camera On

Dancing teenagers all over the world are straining to fit the narrow dimensions of their phone cameras.

Under a Biden administration, Big Tech is set for a field day

Democrats again fail to escape an electoral trap of their own making.

Art for Do No Harm.

Two centuries’ worth of dispute about suicide prevention burst into the pop culture zeitgeist when 13 Reasons Why was. . .

Art for Sex and Sensibility.

On Mattilda Sycamore’s The Freezer Door

Art for Eat Your Vegetables.

On Deborah Madison and the “taint” of vegetarianism