If you see a rapper holding a stack of money to his ear like it’s a cell phone, you’d better believe he’s making a connection— if not a literal call. Yes, it might seem ludicrous to ascribe symbolic power to pictures of rappers pressing bills against their faces (like they’re ‘80s mobile tech)—it’s mostly just prop comedy, Carrot Top or Gallagher by way of Liberace, an ostentatious, over-the-top display by men (it’s usually men) with karats dangling from their earlobes. Still, if you look at a gallery of “money phone” photos featuring Meek Mill, Future, Boosie, and Drake, among others, while listening to their music, you’ll get a better sense of what it’s all about. The images themselves are mute, but they loudly proclaim their fidelity to cash money: “I’m out for presidents to represent me.”

That line was written by Nas, but it is best known as a vocal sample in JAY-Z’s “Dead Presidents” from his debut album Reasonable Doubt (1996). More than twenty years later, JAY-Z’s still out for dead presidents to represent him, though mostly in ways that dead white men would approve of. He’s also doing the representing; as rap’s capitalist figurehead, he’s advising young artists to eschew the grasp of record labels, and he’s encouraging former drug dealers to legitimize their businesses. He also raps about missing an opportunity to buy property in DUMBO and watching the value of a painting he purchased accrue over time. All of this features on his latest album 4:44, released in late June. “This is his 13th album” the cover notes, and it’s clear from the its glowing reception that JAY’s financial rhetoric has appreciated like prime real estate. And that’s part of the point: on the new album, it’s capital versus cash. The record rides on scolding lines about the way other people—fellow musicians, the nouveau riche—show off their money by spending it irresponsibly. Meanwhile, JAY gets richer by the minute.

In “The Story of O.J.,” he instructs, “You wanna know what’s more important than throwin’ away money at the strip club? Credit.” Later, he finesses the argument: “Ya’ll on the Gram holdin’ money to your ear / There’s a disconnect, we don’t call that money over here.” Of course, the attention he pays to social media flossing says more about his own middle-agedness and sense of financial responsibility than it does the spending habits of young rappers who’ve become modestly rich overnight.

Cash money has responded. Rapper Boosie appeared in a video saying that “JAY-Z’s not gonna stop our culture in Louisiana . . . people are gonna still put stacks to their ears.” Future offered a Snapchat story wherein he speaks to a stack of one hundred dollar bills. Last week, Drake posted an Instagram video featuring money phones—his second dig at JAY-Z’s “old money” posturing. In 2014, Drake criticized JAY for his gratuitous references to investment in the art world. He told Rolling Stone, “It’s like Hov can’t drop bars these days without at least four art references. I would love to collect at some point, but I think the whole rap/art world thing is getting kind of corny.”

To be fair, JAY-Z’s investment portfolio braggadocio is decidedly corny—compared to the material excess rap more commonly flaunts. The money phone, shaped like a Lego block, typifies playfulness and caprice. And it’s of a piece with the outrageous fortune depicted in rap’s music videos, its lo-fi Myspace photos (which show money fanned out on a bed), and its propensity to spell out words with cash. Consider the money phone a 2017 version of an appearance on MTV’s Cribs. It’s also this generation’s play on the extravagant album covers made by the iconic Pen & Pixel, a graphic design firm that came to notoriety with luxuriously kitschy collages of items popularized by the male rapper’s ego: bikini’d women, designer cars, grizzly bears wearing ascots. As Will Stephenson wrote for the New York Times Magazine, “The firm’s weird, pixelated decadence conveyed fantasies of kitsch and capitalism taken to their illogical extremes.” You could say the money phone is also a fantasy taken to an illogical extreme, or, as Future said on his smash hit “Mask Off”: “TEC and beams, go to those extremes.”

Future might himself be the Steve Jobs of the money phone. His jam “Commas” is all about doing extravagant things with cash, and the song’s video looks like it was filmed on the backlot of a Japanese game show, one whose stable of cash-grab machines somehow exploded upon Future’s arrival. Think of his boasts on “POA,” a track from his 2017 self-titled album; the song is little more than a laundry list of the rapper’s luxury items braided with a rags-to-riches story: ”I was sittin’ in the back of the MARTA, now I’m sittin’ in the back of the foreign.” The chorus adds, “I need a power of attorney, I’m bout to fuck up some Ms”—“Ms” stands for “millions.” Later in the song, Future claims he’s going to “talk to a plug on the car phone,” and because the thought of someone using a car phone in 2017 is so anachronistic, I can’t help but think he’s alluding to a device made of crisp banknotes. In another song, “Outta Time,” he asks, rhetorically, “What you mean, what’s on my mind? Federal reserve is on my mind.” Federal reserve is on his mind, and the money phone is on his head. The money phone becomes a metaphor for connection, for access, for a direct line to the good life.

If 4:44 sees JAY-Z’s complete transformation to boring rap-capitalist overlord, it’s also a sign that he’s riding the genre’s contradictions. It’s an evolution with a long arc, one that finds its roots in 1998.

Released in May of that year, JAY-Z’s Streets Is Watching is an hour-long compendium of the rapper’s music videos organized around a loose gangster plot. I didn’t watch it until a few years later, in my teens, but I remember being impressed by the title—and the fact that it starred JAY-Z. And being impressive, it turns out, was JAY-Z’s tactic: billed as a “longform music video movie,” Streets was made to redress the withering response to his own “Sunshine” video, which saw him looking goofy in a shiny suit—a visual emblem for rap’s transition into the “bling” era, with its flossy capitalist optics: cash, writhing women, expensive cars, floppy suits, wind machines, and mansions. It was all undoubtedly not street. In “Sunshine,” JAY looked more like Tim Burton villain than a rapper from Brooklyn.

He needed a way to recoup his street cred while pressing his wealth. It worked; the title of the video became a self-fulfilling prophecy—the streets watched. And what a sight to behold: JAY-Z buying an entire shelf of sneakers, causing cash-counting machines to go haywire. We also find him throwing up the “Roc,” a diamond-shaped hand signal he (and his business partners) used to allude to Roc-a-fella Records, their flourishing label named after none other than John D. Rockefeller.

Which is to say that JAY-Z merged new money with old money in a single gesture. He became “all year money, I’m ‘papi you ain’t gotta count it it’s all there’ money,” as he rapped in the song “Imaginary Players”—also included on Streets. The whole verse is an exercise in hanging modifiers onto “money,” such as “bail money, XXL money,” while competitors are shown to merely have “flash now, but time will reveal” money.

Much the same argument is presented in 4:44, but rap is now twenty years older, and JAY-Z is accordingly old—or older—money. Earlier this month, it was announced that hip-hop is officially the most popular genre of music in America. It’s thanks in no small part to JAY-Z, whose overt capitalism blazed a trail for rap’s climb to the top of pop music, who was the foremost rapper to offer a vision of how a young black person could go from being an artist-serf of the record companies to an entrepreneur in her or his own right. And yet, despite his now curmudgeonly bankerisms, he got there in part by using the maximalist aesthetic of ostentatious kitsch we now see with the money phone.

In his 1994 song “I Can’t Get Wid Dat,” JAY-Z raps, “So I bought a money machine and it goes/ A tat-tit-trrrrrrr-at-tit-trrrrrt-at-tit-tit-Git-Dough.” This bald desire, expressed through a cash apparatus, was first theorized in the work of French theorists Gilles Deleuze and Felix Guattari. In their book Anti-Oedipus: Capitalism and Schizophrenia (1972), they define desire within a capitalist framework, writing, “If desire produces, its product is real . . . Desire and its object are one and the same thing: the machine as a machine of a machine. Desire is a machine, and the object of desire another machine connected to it.” Desire, they explain, produces reality. The money phone, like JAY-Z’s talking money counter, is an aspirational symbol used to inspire more wealth and perhaps more production. The money phone is a machine of a machine that says “Git Dough” in rappers’ ears. Can you blame them for talking back? 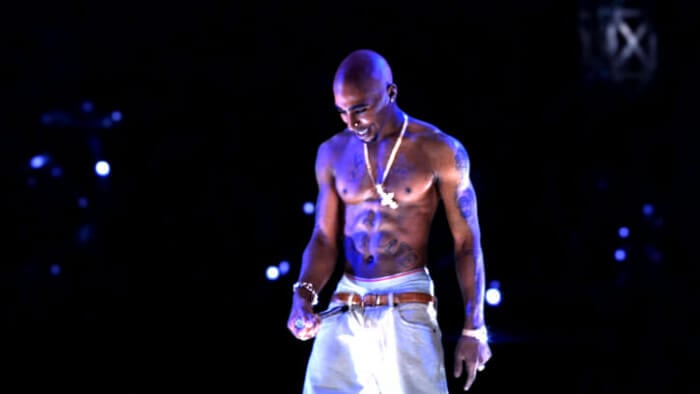 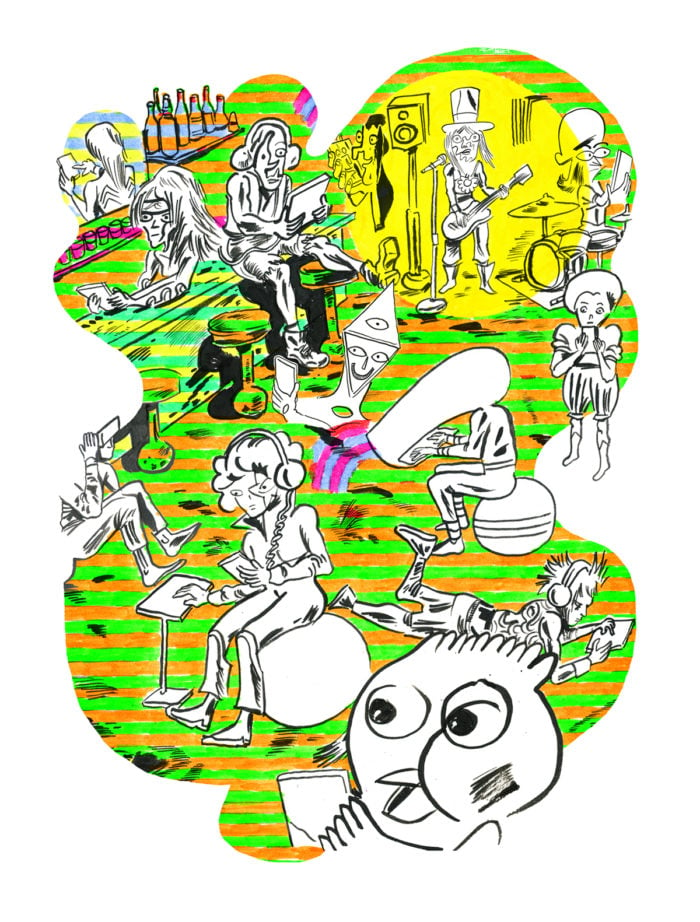 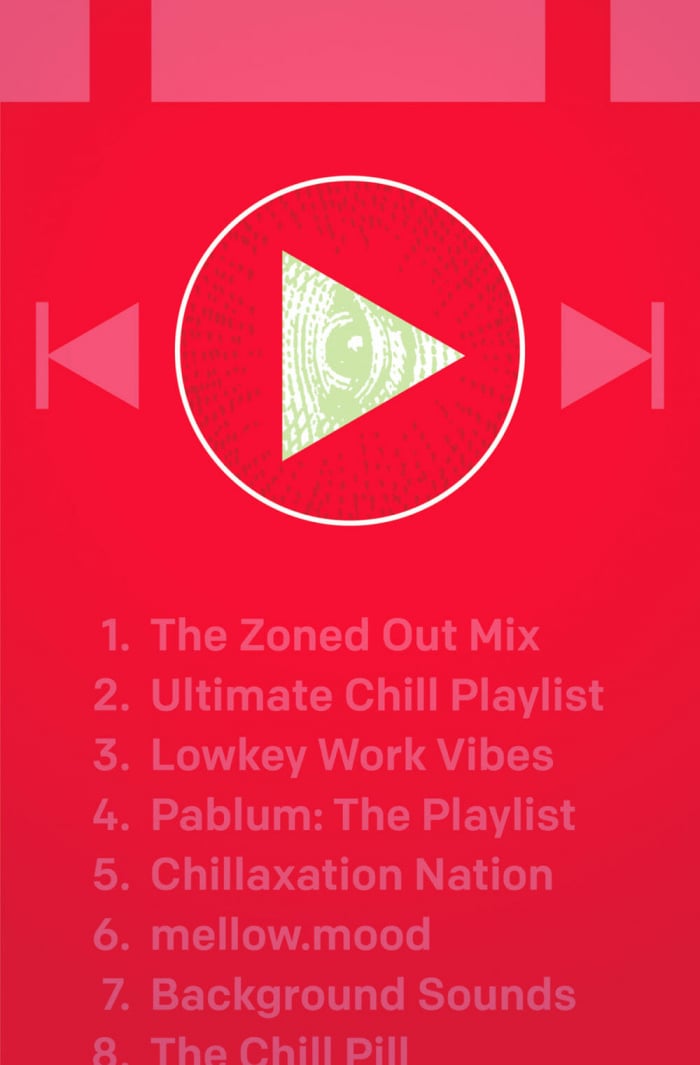