“Well I think he’s got a lot of hand movement, I’ve never seen so much hand movement,” the president of the United States said last month. “I said, is he crazy or is that just the way he acts? So I’ve never seen hand movement—I watched him a little while this morning doing I assume it was some kind of a news conference and I’ve actually never seen anything quite like it. Study it. I’m sure you’ll agree.”

There was a time when a future president could wait until the latter half of the year to announce a campaign for the next.

The news cycle spun and washed us out, as it always did, and we were left to nod at the various ephemeral takes on Trump’s trolling of Beto O’Rourke, among the latest entrants in the eternal presidential sweepstakes that will not go off air until November 2020, a mere twenty months from now. And when it does go off air, it will only be gone for so long—2024 will loom, as will the 2022 midterms, and the characters who so brightly populate our political universes now will either continue on for a new season or be swapped out for different—and, we hope, as entertaining—fare.

“We” is not all-encompassing, of course. Even when turnout surges, a majority of Americans or a very large minority don’t vote. And of those who do, only so many can be bothered with every addict’s twitch of the presidential news cycle. “We” can be imagined as those most wedded to the process, the people who don’t need the NFL because they have politics, the abiding red versus blue.

Those who turn away can’t be blamed. As I reminded the political journalism class I teach, the Iowa caucuses won’t begin until next February. I told them this as Beto gesticulated on the screen, announcing he was, at last, running for president, his silent wife at his side. It was information they knew but never quite processed—a little over eleven more months before actual people go to caucus? I felt like I was explaining the distance, in miles, between the Earth and the moon, and how many I-95s it would take to scissor through space to reach lunar rock.

Presidential races are getting longer. Before 2016, when the reality show star won the right to control the second largest nuclear arsenal on Earth, candidates were launching their bids deep into the previous year. Hillary Clinton made her campaign official in April 2015 and held her Roosevelt Island kickoff in June. Jeb Bush was official that same month, as was Donald Trump.

Even the launch dates were deceptive. Bush’s super PAC was operational at the start of 2015, a year after a Clinton super PAC had already pulled her to a second bid. This year, all of the Democrats were effectively out of the gates with the conclusion of the 2018 midterms. Elizabeth Warren said she would run for president on New Year’s Eve. Kamala Harris joined in January, Bernie Sanders in February, and Beto in March. Only Joe Biden, a two-time presidential campaigner, is holding out.

There was a time when a future president could wait until the latter half of the year to announce a campaign for the next. Bill Clinton kicked off in October of 1991. Ronald Reagan’s 1980 campaign began in November 1979. John F. Kennedy had the gall to begin his 1960 campaign in 1960.

Some of this is a function of more democracy. Primaries and caucuses were largely irrelevant in Kennedy’s day, when convention backrooms crowned Democratic and Republican nominees. In 1972, in response to the chaos at the Democratic convention four years prior, the outcomes in primaries began to determine the nominee. When an obscure Georgia governor named Jimmy Carter won the Iowa caucuses in 1976, he all but invented Iowa, and candidates have been pandering to that shrunken, homogenous state since.

The eternal campaign today is a function of America’s mutation of democracy. In most other countries, campaigns are a few months long. Governing consumes most of the attention. Various forms of election reporting blackouts exist around the world. The French, for example, ban reporting for the final forty-four hours before an election.

A lengthened campaign, to some extent, can allow outsider candidates the time to gain traction. This is sold as the upside of the American system, as is the many months voters can use, theoretically, to vet candidates with good journalism. (Never mind Trump.) These are upsides, but the tradeoff is the world we inhabit now. The perma-campaign swallows most of the scant reporting resources that still exist.

Beto told you in a crisp three minutes and twenty-nine seconds why he wanted to be the leader of the free world.

Trump is the pathogen, the political obsessive’s platonic ideal, a vapid strongman who excretes news cycles. No one has “learned” any lessons from 2016. Trump’s White House tenure is little more than a shambolic sequel to his campaign, replete with the same shouting slogans, outlandish lies, and attempts at slapping together alternate realities at the pace he conceives of new CAPS LOCK tweets to jettison into cyberspace, each one to be cheered by sycophants and yelped at by the haters.

The Beto/Trump hand gesture skirmish—Trump jerks and floats his arms and hands around in even odder ways—was another inanity of this 2020 campaign, one that is sure to be followed by many more. This is because a campaign of this length demands programming. As cable channels peaked in the early 2000s, TV producers realized they had a lot of dead-time to fill and only so much money to spend filling it. Hence, the birth of reality TV: Survivor, American Idol, and, to the detriment of our future selves, The Apprentice. They were all aspirational, promising us stardom, great wealth, or the kind of self-discovery that can keep any average schmuck alive on a desert island.

Today, the hours, days, weeks, and months of the perma-campaign must be filled, too. Beto’s hands, Amy Klobuchar’s salad comb, Bernie’s head bandage, Elizabeth Warren’s beer chug, Cory Booker’s girlfriend, Kamala Harris’s musical tastes while she smoked pot in college. No triviality is too trivial for an underpaid journalist somewhere to bundle into an article, video, or meme in the hopes of attracting attention and driving fleeting dollars to a collapsing media ecosystem. The perma-campaign is the apotheosis of reality TV because the stakes are so high—we are choosing a world leader with the power to drop civilization-annihilating bombs, and therefore every plot twist in the extended marathon can be justified in the solemn, self-satisfied way a political reporter will defend just about every absurd practice of the profession.

Beto, Bernie, Biden, Kamala, and more—these are characters the American people must get to know through their TV screens and social media. This year and next, they are all Democrats, and they are auditioning for us. They will speak to us, rally for us, and construct events in states ten months before a vote. Why? Well, the show needs content. And if you aren’t producing content, you are irrelevant. Imagine a presidential candidate deciding to take April, May, and June off, arguing that an entire six months of campaigning before the Iowa caucuses is probably enough to win votes. The horror! What will be tweeted, Instagram storied, Facebook lived, and packaged into lively, anecdote-addled reporting for a New York Times political memo?

Thirty-four years ago, the media theorist Neil Postman published a book that is distressingly relevant today. Amusing Ourselves to Death was a prescient indictment of TV culture that drove to the heart of the matter in ways few academic texts ever do. Postman’s problem wasn’t so much with TV itself—people have a right to entertain themselves—but with how the rules of this dominant technology infected all serious discourse. He fought, most strenuously and fruitlessly, against the merger of politics and entertainment.

We’ve only metastasized since Postman’s time, with the internet and smartphones slashing attention spans, polarizing voters, and allowing most people to customize the world around them. What’s remained constant, at least in certain quarters, is the principal of entertainment: most political content operates from this premise first, that it must captivate before it informs. The image-based culture triumphs. Beto told you in a crisp three minutes and twenty-nine seconds why he wanted to be the leader of the free world.

Perhaps in the post-Trump world, we will rethink our national addiction.

It’s no accident the hollowing out of local news organizations across America has only fed the perma-campaign. Nationalized news is the closest thing to the mirage of profitability—Trump in your headline will drive love or hate traffic—and the local reporting that can make the highest direct impact on the lives of people clustered in towns and cities alike is hardly performed or ignored altogether. It does not pay the way that presidential politics does. CNN ran Trump rallies live, uninterrupted, for a reason. CNN president Jeff Zucker knew a star when he saw one: in another lifetime, he greenlit Trump on The Apprentice.

Prepare for the longest campaign season of your life. The cable TV stations, news websites, and national newspapers know they are in danger of losing their lodestar. Trump suckers us into tuning in. And he’s not a lock to make it to a new season. His victory was fluky, the result of shockingly thin margins in several Midwestern states that are now trending Democratic. The far left, the center-left, and Trump-hating moderates will consolidate behind whoever carries the Democratic banner. We are a long way from the douche and turd election. Trump is imperiled.

Life after Trump, for those who profit off his insanity and are least threatened by his destructive policies, might be grim. Imagine a relatively dull, policy-focused president who doesn’t drunkenly punch down and sideways every day. This is not the stuff ratings are made of. Perhaps in the post-Trump world, we will rethink our national addiction, the two-year presidential campaigns that simply bleed into the next ones. Perhaps we will consider not conflating politics with soap opera. After electing a failed real estate developer and fading reality TV star president of the United States, anything is possible. 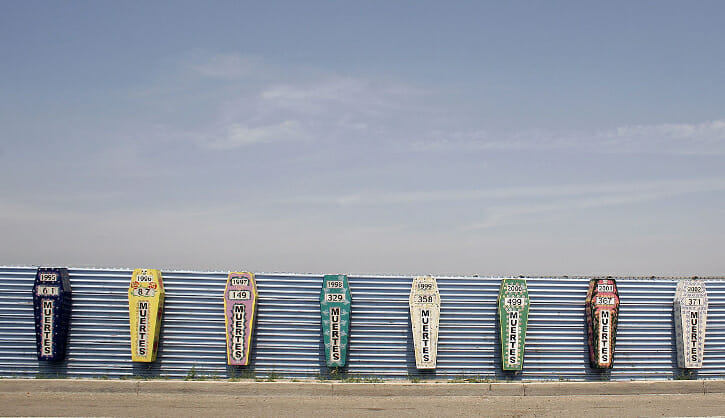 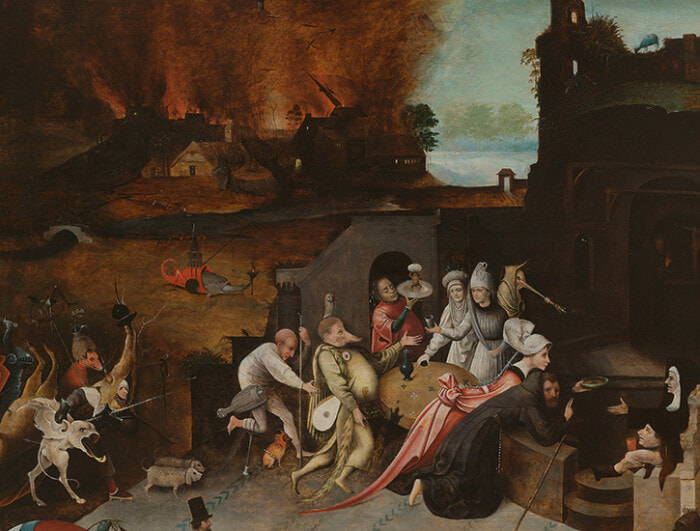 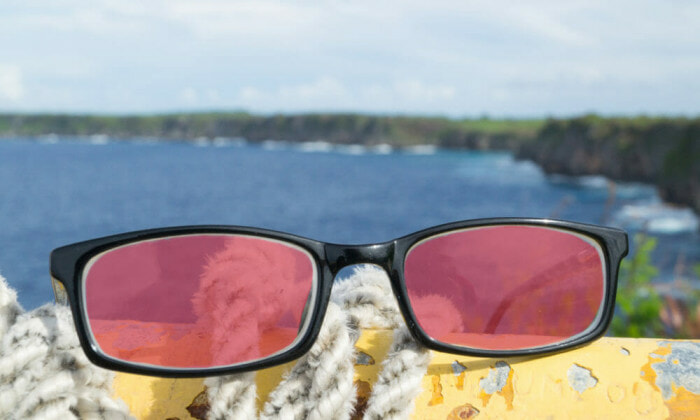