The Battle of Culloden was fought in a boggy marsh in April of 1746. It was a rout; the Scottish Jacobites led by the “Bonnie Prince Charlie” were outnumbered and massacred; at least a thousand soldiers were killed as they got pelted by English artillery and pierced by English bayonets, and more died later in the bloody aftermath. It was, much like the tussle taking place within the United Kingdom today, a question of a whole versus its parts and which whole was constituted of which parts. In the words of historian Murray Pittock, “On Culloden Moor on April 16 1746 arguably the last Scottish army sought to restore Prince Charles’ father James to a multi-kingdom monarchy more aligned to European politics than colonial struggle.”

Culloden has been made more famous recently by the television series Outlander, whose devotees have come trooping to this otherwise remote place with great zeal, going off the designated path, into the grass, as they pose for selfies before pictures of the clan Fraser to which the hero of the story belongs. There isn’t much else to help their imaginations along; the battlefield as it is now is a bog covered in brown scrub. The sole structure (other than the mercenary “information” center and its large gift shop), a lone round house, stands on the field; it is a replica built of stones from an original building that once stood there and around which the English planned their attack.

That is the old surprise; the new one is inside the dark building. Here, instead of the usual placards that dutifully explain the bits and dates of history that are supposed to be adequate for the lay visitor, are signs of a different sort. While they are similar in manner of appearance, paternalistic fonts and basic colors and such, they do not detail the story of the historic Battle of Culloden. “In 1746 the sounds of the battle on Culloden Moor echoed around the world,” they proclaim, before whispering that “a new battle has begun.” This new battle, as it were, is waged against people even more evil than the English: land developers who wish to appropriate some of the battlefield to construct new homes and businesses. This new enemy is busy taking away Scotland’s history and legacy, to build, among other things, a subdivision called “Viewhill Farm.” Its already erected mini-manors can be seen on the way up to the battlefield as one walks along the red or blue flags that provide vague markers of what otherwise appears a soggy and marshy field. It is a quizzical exercise to decide who has the view, the old dead of Culloden or the new denizens of Viewhill Farm. Beyond both are the same misty ethereal hills, the backdrop of the eastern Scottish Highlands.

Battles among ones own have not, however, endeared the English to the Scottish nor made their judgment of Brexit negotiations any more kindly. “I am utterly aghast,” said one Scottish woman at a television debate the weekend before the April 12 deadline for a new Brexit deal. The English, she and many others in Scotland seemed sure, had badly botched the negotiations, leaving while making (as was the case in the aftermath of Culloden) an utter mess of things.

As the week of the erstwhile Brexit deadline on April 12 and the anniversary of the Battle of Culloden approached, everything seemed as disconcertingly inchoate as it had been in the two years before.

It is not surprising that the Scots have these sorts of recriminations, for they are the story within the story, the self-reflexive innards of the Brexit saga. They, the Scots, voted against independence on September of 2014 by a 55 to 45 percent margin. Then came Brexit crashing at their doorsteps. Predictably, a strong majority of Scots voted in June of 2016 to remain in the European Union, which ended up putting them at odds with Britain’s ruling conservatives. As things stand, they have now proposed to hold another referendum in Scotland once the terms of the United Kingdom’s Brexit deal have been made clear—a process that now may be prolonged through the next six months by the terms of the latest EU offer to extend the Brexit deadline.

Clarity, as we well know, has been the most elusive of the hits and mostly misses of the Brexit process, escaping even those actually seated at the negotiating tables. As the week of the erstwhile Brexit deadline on April 12 and the anniversary of the Battle of Culloden approached, everything seemed as disconcertingly inchoate as it had been in the two years before. “Brexit Betrayal” is a consistent epithet in the newspaper headlines, used again recently when Teresa May and her cabinet attempted cross-party talks with Labour. Perhaps they needn’t have bothered; the talks have thus far failed to produce a satisfactory compromise anyway, like so many other rounds of fruitless copulations between the leavers and remainers.

The ever-astute political weekly the  New Statesman presented the choice before British conservatives much less dramatically, as one dependent on what conservatives want least among a bag of roundly dismal options: a general election, a second Brexit referendum, or the detestable soft Brexit that has few of the anti-immigration, anti-customs union provisions that they want. They have not yet been able to pick one from among the bag of bitter bounties.

The Battle of Culloden, with its rounds of hand-to-hand combat and mountains of dead, is long settled, but the issue of whether Europe or the English deserve Scottish loyalty is still at issue. Within Scotland, even at the level of the Highland Council, there are tensions between how much to preserve and at what cost. The Highland Council, a pro-development, look-to-the-future sort of body, which voted to permit construction of Viewhill Farm way back in 2014, thought that it was establishing just the right balance between the past and the future. It was only after they had voted that the National Trust of Scotland, in charge of the preservation of the battlefield, began to object and allege that the Council had got it all wrong, that they had never seen the plans, that history was about to be annihilated forever. After what sounds like some quite disagreeable Council meetings and all sorts of objections by the still dissatisfied National Trust, the inevitable happened and the “new” Battle of Culloden was won by the developers. Viewhill Farm, with its view of hills and battlefields, became a reality and the National Trust of Scotland had to be satisfied with putting up its lists of grievances inside the lone round house with stones of yore.

History and tradition, the loss of it, the virtue of remaining true to it, are at the heart of Brexit, with those who voted Leave feeling like their Englishness was being rendered murky, disrespected, and even erased in intolerable ways. Just like the Highland Council felt it had the right and knowledge to decide whether some portion of a property where a storied battle was fought centuries ago could be developed, so too do the disgruntled British who voted Leave feel about belonging to a European Union that scoffs at their sovereignty.

As it goes with victors, the cruelties they’ve inflicted on others for centuries on end never hurt quite like they do until they fall in one’s own lap. Even British “remainers,” while unwilling to compromise, have begun to laugh at the futility of the never-ending negotiations and the now comic intransigence of their own leaders. At a bookstore in Inverness in Scotland, I jokingly asked the bookseller if the reason behind their local paper’s complete omission of Brexit news was a statement in itself. “No, not at all, not at all,” he said solemnly as the lady behind me burst out laughing. Both reactions, suspended in the same moment and following the same question, seemed an appropriate analogy of Britain itself in this particular moment: unsure of what to do with its present conundrum, the two warring sides abide with solemnity or laugh with incredulity, all the while remaining doggedly committed to disagreeing. Those who wish to leave are worried that the world, the European Union, the developers of subdivisions like Viewhill Farm, will trudge on without them, while others are worried that their story, with all the details of brave battles and knightly traditions and clan names, will sink into the boggy marsh of lost history. The course of things, now and forever, is ultimately decided by the tussle between the past and the future; so it is with the British in the midst of what they believe is the latest battle for British soil. 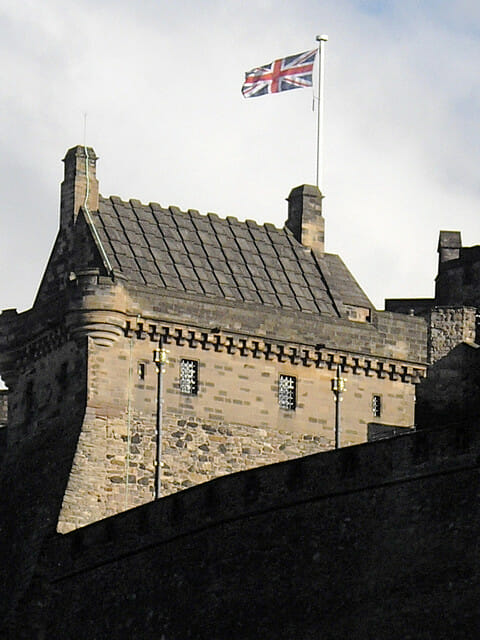 What “Yes” in Scotland Might Have Meant
Word Factory 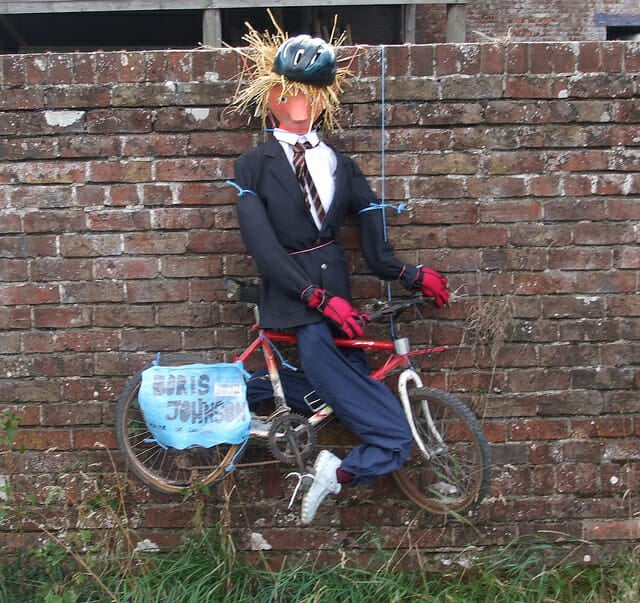 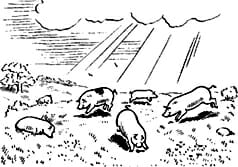 Something to Be Proud Of
James Meek
Stories