Books about atheists are actually books about believers.

Now that atheists command a kind of movement, now that they have their own forums and clubs and conferences, their own hymns, their own sermons, and their own godless services that resemble those of churches, they are also eager to shore up their dogma into a canon that is brash and self-contained. This means they publish many, many books.

But if you read these books, you start to figure out that atheists have no culture without religious culture, though they would rather pray the rosary or sit shiva than admit it. Their obliviousness says a lot about the identitarian dead end we’ve long been speeding toward.

This is what identity politics looks like when it has gone a little senile.

While philosopher Jon Mills tries to carve out an atheist identity in Inventing God: Psychology of Belief and the Rise of Secular Spirituality (2016), he merely hacks away at it. His is an atheism of “not this” and “not that,” finding form only in relation to what it is not. Most of this is nothing new: Islam needed the other Abrahamic religions to define itself against, daughters needed mothers, Americans needed the British, and the upper classes needed the rabble.

Yet somehow Mills would have us believe that atheism alone is freestanding. Religious people, he writes, are largely “illiterate or uneducated,” too coweringly stupid to “live life on its own terms.” (This, by contrast or default, makes atheists highly intelligent, beholden to nothing but reason.) Religious people, he further intones, behave ethically only because they fear divine punishment. (This, in turn, makes atheists more purely compassionate, since they behave the way they do out of their own free will.) He is more interested in providing examples of religious hypocrisy than in offering proof that atheists are sensible and ethical.

It is the amnesia here that is the trouble. A question—What is atheism?—rings in the air, but these atheists answer it both defiantly and like no one has asked. This is what identity politics looks like when it has gone a little senile. You will jealously guard the clearly defined borders around what an atheist is, or a feminist, or a white person, or a Turk, or an asexual, even as you find yourself forgetting, for a moment or for a generation, exactly how those borders first got thrown up.

Patriots are among the worst offenders. Germany would not be Germany without the French, as Pankaj Mishra reminds us in Age of Anger: A History of the Present (2017), because in order to create a German identity, first a French identity had to be built. The French had to be cosmopolitans, with “aggressive rationalism and individualism”—or as Joseph Conrad described France, “the promised land of steel, of chemical dyes, of method, of efficiency”—for the Germans to be a simple people, spiritual and communal. The French had Zivilisation, but the Germans had Kultur.

Still, by the twentieth century, most Germans were telling a different tale. It may have been that as the world started to modernize through the spread of the Enlightenment and industrialization, traditional ways of understanding who one was and the meaning of one’s existence disappeared. Families and communities may have been split apart as cities became the economic centers, traditions may have been discarded or forgotten, religious beliefs may have been dismissed as superstition, and gender and class roles may have begun to shift. Nations that were able to keep up with this process, like France, may have benefited from modernization, more or less. Nations that lagged behind, like Germany, may not have. But at a certain point, who cared? All that remained of this complex history was a simmering resentment and frustration on the part of many Germans, which they proceeded to brandish like a gun.

Mishra puts it this way: “Personal struggles to adjust to a daunting modern world, which usually ended in failure, confusion, and drift, deepened the yearning for an uncomplicated belief.” Unable to reintegrate or demodernize itself, Germany conjured up a new identity out of folk tales, an artificial sense of authenticity, and memory-effacing legends. One day, these were just fanciful stories that had the cheek to overwrite history. The next, they were excuses for Germans to tell themselves that theirs was the superior way of being, the purest form of life.

Mishra quotes Indian politician Vinayak Savarkar, who wrote, “Nothing makes self conscious of itself so much as a conflict with non-self. Nothing can weld peoples into a nation and nations into a state as the pressure of a common foe. Hatred separates as well as unites.” Now that we’ve seen how this identity-building routine tends to go, we should probably add a warning label: May induce memory loss.

“One way or another, we all mistake our own history for universal history.” So writes Andrew Abbott, under the pseudonym Barbara Celarent, in Varieties of Social Imagination, a collection of essays published this spring. The stories we tell about ourselves and our nations so easily become the only ones we want to listen to, which is why male historians tend to see masculine activities like exploration and war as the sum total of the history of the world, or why Americans hopped up on the false notion of progress see the future not only as an inevitable and evolutionary march toward increased freedom, but also as an unalloyed good.

Now that we’ve seen how this identity-building routine tends to go, we should probably add a warning label: May induce memory loss.

Varieties of Social Imagination is an experiment in rejecting these habits, and its rhetorical tactic of choice—decentralizing the author’s history and identity—seems aimed at delivering a shock to our identity-obsessed twenty-first-century systems. The author constructs a female persona who reviews old works of social theory, with no one era, nationality, or gender favored. She teaches at a futuristic University of Atlantis as a “professor of particularity,” whatever that means. The persona does not quite work, but the experiment, and the book, is interesting.

In her essay on Ziya Gökalp, the early twentieth-century Turkish sociologist and nationalist, Celarent explores the steep costs and harsh demands of a politics that speaks only the language of identity. While it was the loss of the Balkans from the Ottoman Empire, a clash with modernized Western Europe, and the ethnic cleansing of the Armenians that caused a crisis of Turkish identity, it was also spurred along by other nations insisting on an easily digestible definition of what it meant to be Turkish. “Nationalism may quite literally have become the only way for a government to be visible to an international community obsessed with and organized around nationhood,” Celarent writes. Gökalp helped to create that identity through arguing for one unifying language of the state and creating a false history in the German way through folk tales, Kultur, and legends.

Sociologists, philosophers, nationalists, politicians, and poets have for centuries argued that the way to fight off invasion is through these identity constructions. Yeats tried and failed with the Celtic Revival in British-occupied Ireland, and the German identity became a pressing matter after the Napoleonic occupation. To fight being turned into an object, become a subject. To avoid being the Other, be the Primary. Yet such strategic deployments of identity have traditionally gone awry, not least because our modern politics and culture have almost always favored generalized shared grievance, with all its bulging muscle, over any specific plan for redress or ideas about how to do things differently.

To see that arguments from identity are not inherently on the right side of history, just take a look at the current vague wave of white animus sweeping America and Europe. In the end, history’s winners—straight white men, or the British and the French—are the ones best positioned to exploit and weaponize identity. And so the march toward the future now becomes the march of, say, Europe’s far-right Identitarians, as if we hadn’t seen all of this happen before.

If we are going to slide down this Self-Other road yet again, we can at least try to learn something from the past. Gökalp “tells us only how to be proud and fulfilled in our own identities,” Abbott writes, “not how to avoid doing so at the expense of others.” Our current generation of sociologists, philosophers, nationalists, politicians, and poets must make this latter thing their task. They could begin by committing to remembering, or by finally banishing “tolerance” (such a weak and gutless word compared to “empathy” or “understanding”), or even—and this is a longer shot—by stepping out of the lock of identity into radical plurality’s strange fresh air. 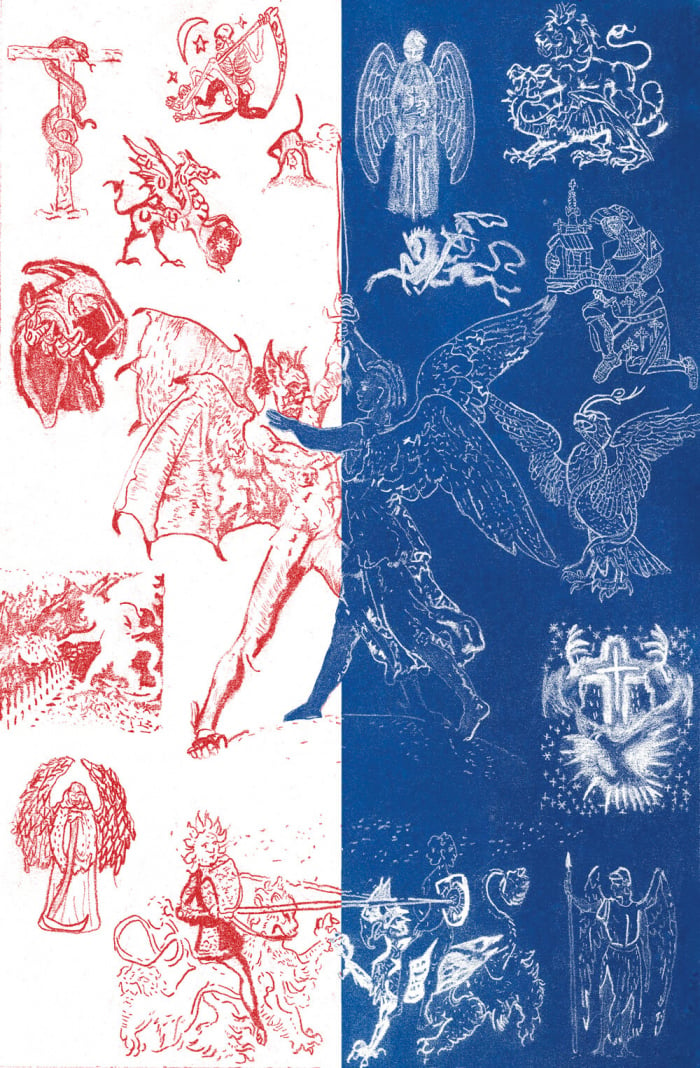 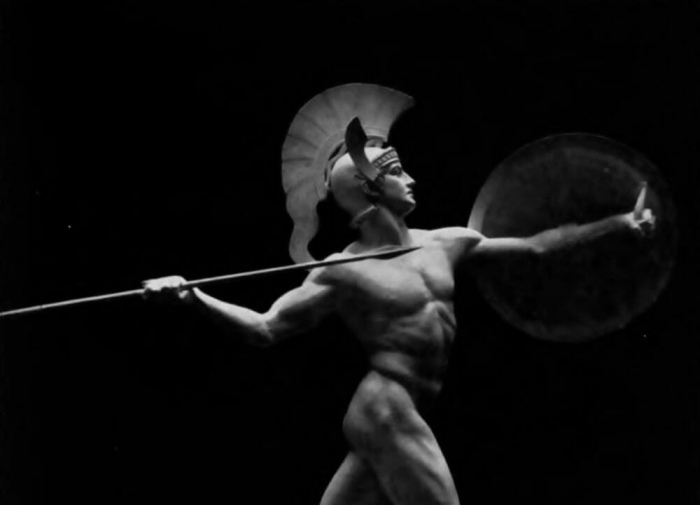 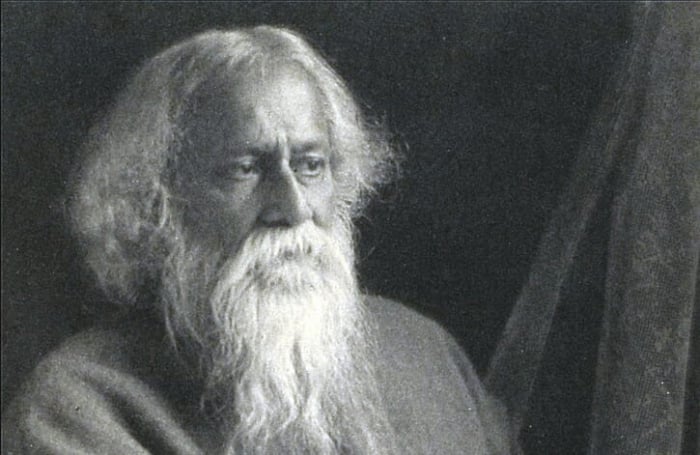