The most talked about player in baseball doesn’t exist. It’s not Mike Trout, the LA Angel widely viewed as the most meteoric talent to stride across an outfield in decades, and it’s not Bryce Harper or Manny Machado, the two free agents who signed to $300 million deals this offseason. Each of these players may rate among the most recognizable in the sport, but in terms of attention from baseball writers, general managers, and owners, none of these superstars can approach the Replacement Level Player.

Not that the Replacement Level Player is a gold standard—just the opposite. The concept has its origins in 2001, when Baseball Prospectus’s Keith Woolner attempted to articulate a not particularly intuitive concept: how terrible can a player be and still make the major leagues? The metric he developed to answer that question, Value Over a Replacement Player, or the positively Star Trekian VORP, posed the Replacement Player as a minor league lifer, the sort that’s useful for little beyond spending a week in the majors filling in for an injured star. VORP was later refined into Wins Above Replacement—WAR— a more all-encompassing figure that measures how many extra wins a player contributes to a team’s record as compared to what that Triple-A scrub could. If one can’t “play above replacement level,” then they surely can’t hack it in the big leagues, and no appellation is more cutting than that of being “worse than replacement level,” a subprime distinction held by only thirty-nine players last season. The best of the best are the players like Trout, who routinely lifts the Angels to ten more wins each season than they would have recorded with a Replacement Level phantasm.

Player value has caught on as a way for fans of bottom-feeding teams to analyze the savviness of their front offices.

Baseball-Reference—an encyclopedic source heavily relied upon by baseball writers—introduced their version of WAR in 2010. Since then, it has completely overtaken the sport. Over the next three years, Bleacher Report would call it “Baseball’s Most Perfect Statistic” and ESPN proclaimed, “WAR is the Answer.” Last season, a debate briefly surfaced over which Red Sox deserved the American League’s MVP award more, WAR darling Mookie Betts or the power-hitting J.D. Martinez, who surpassed him in home runs and runs batted in: two marks of hitting prowess that have reigned since the sepia-tinted years of Ty Cobb and Tris Speaker. Martinez’ gaudy numbers didn’t cut it. He slipped all the way to forth in the MVP vote, behind Betts and two other players who lapped him in WAR. In a few short years, WAR has gone from a peripheral stathead obsession to baseball’s most irreplaceable metric.

Despite its name, the rise of WAR has influenced today’s baseball fans and writers to think about the sport not in terms of wins and losses but dollars and cents. As Rick Paulas pointed out in Vice last year, even as the reliance on analytics has led to some “players who once weren’t appreciated getting their just due,” it has more importantly precipitated a discourse that comes “down to who’s worth the money and who’s not.” Paulas nods to the emergence of the concept of “surplus value,” analysis that determines which teams are winning more games than you’d expect based on their payroll. Which is to say, the teams underpaying their players the most. The need to identify arbitrage opportunities is in the DNA of these stats: when he introduced the concept of the Replacement Level Player back in 2001, Woolner wrote “A commodity which is easily available to all teams at no or low cost confers no competitive advantage, and therefore is of minimal value.”

The type of “value” all these teams are searching for is exemplified by pitcher Gio Gonzalez’s 2017 campaign. That year, he recorded a remarkable 6.5 WAR for the Nationals, a mark that, if you believe the number crunchers, was worth $68 million in value to his team’s billionaire owner—while Gonzalez was paid only $12 million. Likewise, a similar notion of value allowed the Angels to justify the jaw-dropping twelve-year, $430 million contract extension Trout recently signed to. Sure, that’s DuckTales money, but based on Trout’s yearly WAR, he could easily outplay the money he’s being paid in a third of the time he’s signed for.

Value, though, does not necessarily translate to quality. Last year, FanGraph’s John Edwards calculated which teams had handed out the most “efficient” contracts between 2006 and 2017 and found the San Diego Padres made the best use of their payroll. What he neglects to mention is that the Padres also had only three winning seasons in that span, and made the playoffs only once. Meanwhile, one of the teams that Edwards demonstrates came closest to break-even, the Red Sox, won two World Series.

Just the same, player value has caught on as a way for fans of bottom-feeding teams to analyze the savviness of their front offices. The poor sap who writes the South Side Sox blog for SB Nation became obsessed with the statistic in 2018, obsessively tracking player-by-player surplus value on the White Sox while they dive-bombed their way to the franchise’s worst record since the Nixon administration. Miserable teams are now practically required to comfort their fans with talk of how they’re seeking an analytical edge, often by citing as inspiration the numbers-driven rise of the Houston Astros from a cataclysmic five-year rebuild to the 2017 title. Just in the last year, the abysmal Miami Marlins made their analytics department “the epicenter for all player evaluation decisions,” and the league-worst Baltimore Orioles installed a new “analytics-driven regime” led by the “former NASA and Lockheed Martin engineer” who was one of the architects of the Astros’ resurgence.

Never mind that the Orioles and Marlins—who, like the White Sox, rank in the bottom five in terms of payroll—refused to resign Manny Machado and traded Giancarlo Stanton,[*] homegrown stars who have gone on to nine-figure contracts with the Padres and Yankees. Who needs to pay the all-world sluggers on your roster when you can instead pivot to analytics in hopes of signing players who offer the most surplus value? Why, if you’re lucky, you might even find a Tim Anderson, the anonymous infielder South Side Sox applauded as the “top surplus value player for the White Sox in 2018.”

With the fans and beat writers earnestly digging their noses ever deeper into the stats in hopes of predicting by how many wins some unheralded journeyman might earn over his illusory replacement, the owners are able to kick back and relax, secure in their ability to turn a profit no matter how horrifically their team performs. See, the MLB has a revenue sharing system, whereby the most consistently profitable teams (your Yankees, your Dodgers) subsidize the teams who struggle to fill their stadiums. That scheme explains why the reigning champion Red Sox reportedly had to pay $85 million into a revenue-sharing pool last season, while the hapless Marlins cashed a check for $65 million. Those same Marlins, for the record, went into the season having gleefully traded both Stanton and Pete Davidson impersonator Christian Yelich, who went on to be named the MVP of the National League. If anyone deserved to lose money last year, it was the Marlins. Luckily for them, the MLB has made such a thing impossible.

The disincentivizing of winning surely has something to do with why aggregate player salaries have been declining: even as league-wide revenue surged passed $10 billion last year, the portion of that being paid out to players hit a six-year low. That trend is sure to continue. Even as superstars grab headlines with mammoth deals, mid-tier stars like Gonzalez are finding themselves treated as permalancers (albeit wealthy ones). After only one middling season that saw the pitcher’s previously high-flying WAR and contract falling roughly into sync, his value plunged: in his just-signed, one-year deal with the Yankees, Gonzalez will be paid by how many games he starts.

The writers covering the teams contributing the most to these depressed salaries groan about the penny pinching of the owners, yet they continue to rely on the statistics that have helped create an environment where winning games is beside the point. Meanwhile, the statheads devise ever more esoteric statistics grounded in comparison to a Replacement Level Player’s middling performance—WPA, wRC, xFIP-! The numbers are contorted in increasingly opaque ways, implicitly promising that through their use, some general manager will be able to identify and cultivate players (or, to borrow Woolner’s phrasing, “commodities”) no other team has his eyes on, thus allowing the team’s owner to get a bargain-basement deal on star-level performance. Statistics in baseball have revolutionized the sport, sure. Too bad the only ones who have benefitted from that revolution are billionaires.

[*] Correction: A previous version of this article incorrectly stated that the Miami Marlins refused to resign Giancarlo Stanton. Actually, they traded him to the Yankees three years into a thirteen-year contract. 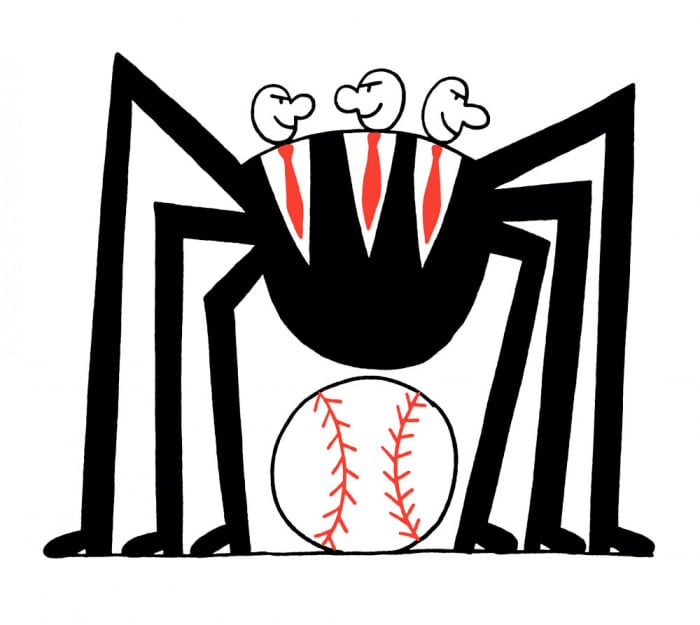 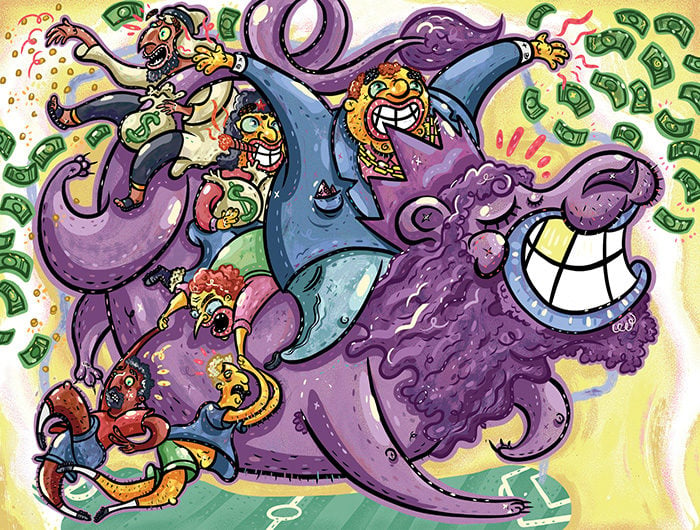 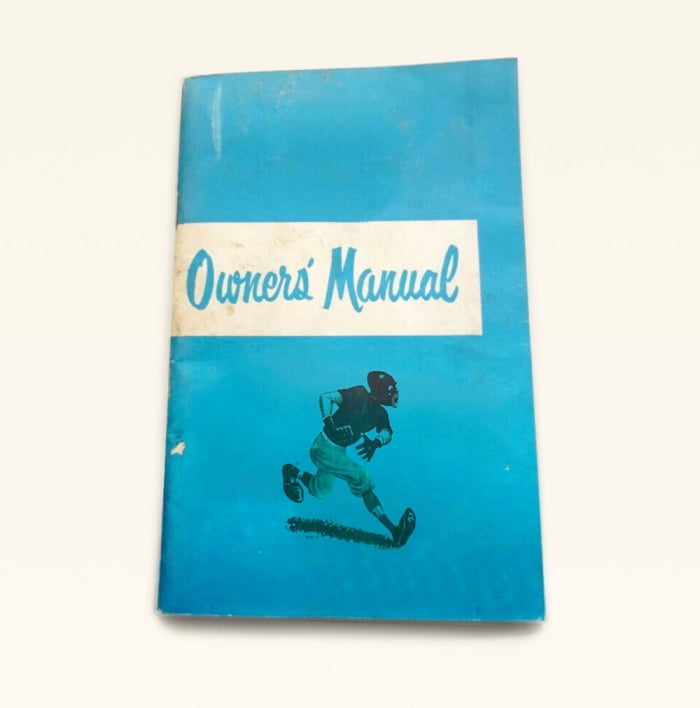