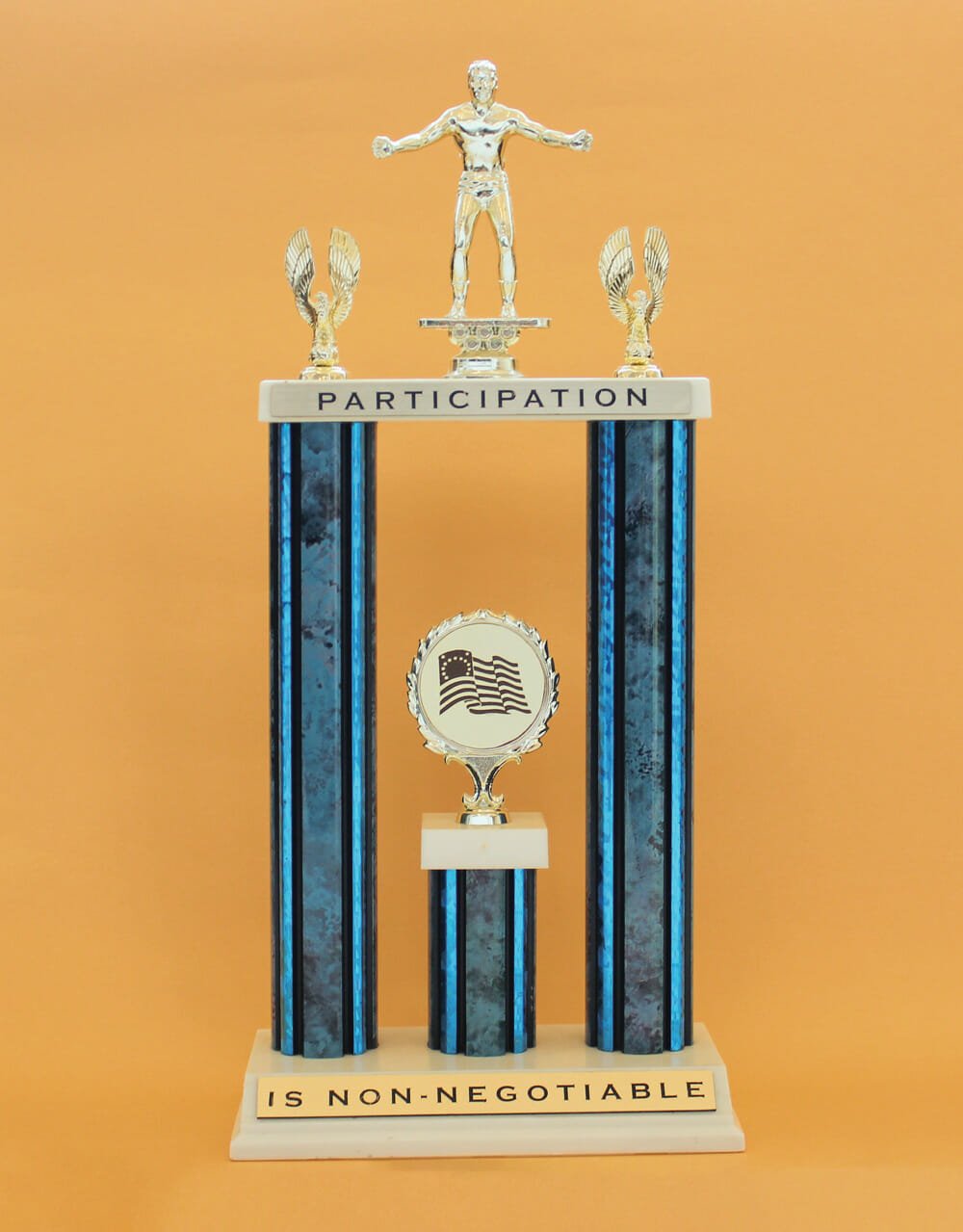 Here in the Contract State, we’re no longer certain the global markets will hold, what with all the reneging and withdrawing by President Interruptus and his international band of outsider-insiders. No deal, it turns out, is artful enough to stay dealt, whether climate accord, regional trade partnership, Cold War-era nuclear arms treaty, or European Union. The indicators are, in reaction, flashing badness. The yield curve forms half a rictus. Bankruptcy-related job losses leap to Great Recessional heights. The invisible hand, unnerved by the trade war, shows an essential tremor.

For the rest of us, down below, the contracts and agreements are tinier but binding: the yes click, the microprinted transaction, the illicit Venmo handshake, the verbal confirmation of student loan repayment schedule. Not to be shackled by this chain of obligation, the quantified self springs to action. See his wristwatch with heartbeat detector, his Wells Fargo subscription cancellation reminder. It’s as if he’s worried the man with the ledger will tally, at the end of existence, his violated end-user license-agreements. Can we expect this guy to follow yield curves? What are the terms of the Irish backstop?

For all its indifference, the world system is curiously up in our business, which is why we’ve dispatched our contributors to subject it to humiliating counter-scrutiny at all economies of scale. Why is it, Kim Kelly asks, that departing CEOs are outfitted with golden parachutes while workers’ severance agreements are loaded with opportunity-crushing non-compete and non-disparagement clauses? Lizzie O’Shea dissects technology capitalism’s recent bids to skirt regulation, in part by making paltry concessions to workers. But, she argues, it’s organized labor that has the power to reform Big Tech, shifting it away from the social poverty of the profit motive.

Our webwork of crap agreements would surely shameface philosophers of the social contract of any era, not in the least because it makes an embarrassing substitute for a safety net. In telling the sick history of vaccination skepticism from Cotton Mather’s Boston to New York’s recent measles outbreak, Ann Neumann indicts a society that has been reduced to the false promise of “freedom from coercion” against freedoms from want or bigotry. And in his anatomy of the North Atlantic Treaty Organization, Ed Burmila dares the left to imagine a robust foreign policy that upholds standards of economic equality and anti-interventionism without reacting to the follies of resurgent Cold War liberalism or right-wing geopolitical mania.

There’s also the matter of our contract with survival. Catherine Tumber scours the Green New Deal and finds it wanting in at least one respect: amid “the American-style panic” caused by climate change, she writes, we’ve forgotten to bulwark ourselves against the land-grabbers, whose fervor for sprawl will make certain that we have nowhere to grow food. And finally, in reckoning with the Intergovernmental Science-Policy Platform on Biodiversity and Ecosystem Service’s 2019 report on mass extinction, Roy Scranton invites us to enter a contract with oblivion. The planet will survive, but we’re set to eliminate all that keeps us alive. If you’re feeling nervous, just sign on the bottom line.