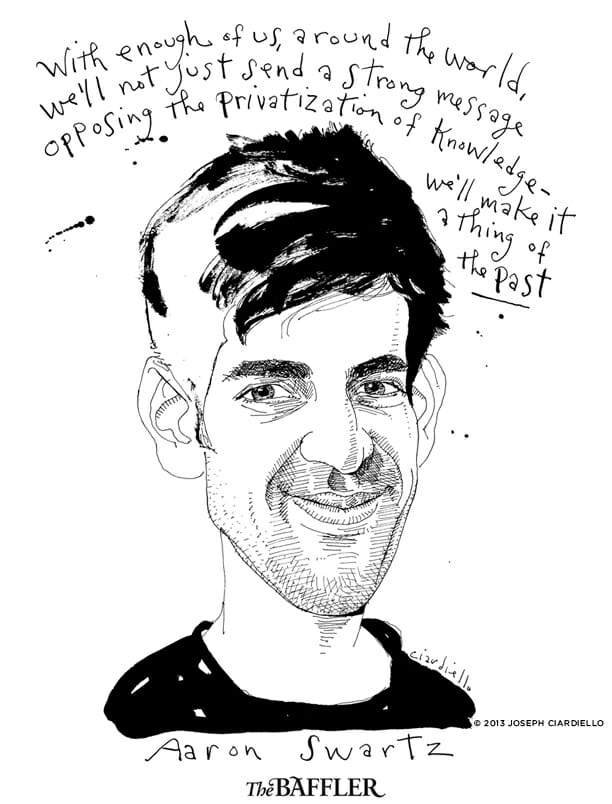 Here’s a surprising story in our climate of austerity and lowered expectations. The Baffler, a quarterly magazine long in the habit of appearing now and then, published three issues in succession last year—the first time three issues have appeared in a single year since the magazine stirred to life in Charlottesville, Virginia, in 1988, just before the end of history. The issues, Bafflers 19, 20, and 21, featured salvos in cheerfully independent muckraking, plus poems, stories, and illustrations agile and vivid enough to call adverse attention to the mass production of bureaucracy that props up our national consensus.

Because contemplating America’s stagnation was harrowing even for veterans like us, we looked abroad for signs of progress and wound up covering the disintegration of European politics and morals, too. On the way there and back, we translated prose and poetry from Croatian, German, Hindi, and Russian, and watched our own entertainments go into Polish, French, and Italian and commence bothering readers in those languages. Even in the upper reaches of the U.S. media, the most censored in the de-developing world, certain of our more Awful Tales were singled out for praise, as was the generally high quality of our discontent.

That’s right, we figured out print a mere two hundred years after our Enlightened ancestors began retailing art and criticism, and a decade after our much more Enlightened contemporaries pronounced the printed magazine over and done with. And now behold The Baffler no. 22. We mark our twenty-fifth anniversary in color.

As if our surprising story weren’t enough to tie the cutting-edge narrative of technological progress into knots, consider this twist. You may recognize the name Aaron Swartz from the outpouring of public grief that followed his suicide, at age twenty-six, in January. Aaron was a computer programmer and democracy activist. He was also a prodigy. What does that mean? Here’s what it means to me. When I was fourteen, my mental world was scarcely larger than the combined square footage of my attic bedroom and the basketball court. When Aaron was fourteen, he helped develop RSS, a protocol for sharing information over the Internet.

Just as printed magazines are supposed to get out of the way of history, so computer programmers endowed with Aaron’s gifts are supposed to go to Silicon Valley, where they are supposed to, you know, start companies, improve efficiencies, and save the world through market-directed use of their creativity, while making millions of dollars, by the way. They aren’t supposed to become contributing editors of magazines that blunt the cutting edge. Nor are they supposed to turn their creativity to fighting big business’s conception of intellectual property. Least of all are they meant to become the target of bullying federal prosecutors. Aaron was different, though. He was his own man. We love and mourn him for that.