Malala Yousafzai is freaking out about the future. The now twenty-three year old says so in an interview given to British Vogue, which has featured her clad in a blood-red outfit with matching headscarf on its July cover. Inside is a luscious photo spread and the kind of cutesy confessions that one would expect from a woman sentenced to being a girl forever: she was not chosen as head girl at school, she confesses; she loved being at Oxford and ordering takeout whenever she pleased. In this interview, as in most others of the thousands she has given, the interviewer emphasizes her ordinariness; Malala likes to take selfies, we learn, and her standing order at McDonalds is a sweet chili chicken wrap and a caramel frappe. In these revelations is the assurance that Malala Yousafzai, the girl wonder who fought the Taliban, is still the innocent and monochromatic figure the world needs her to be.

An exception to this assessment, which may be worse, can be found in Pakistan. Over there, the need to counter the country’s reputation as the site of Malala’s cruel militant mauling in 2012 has produced a vicious desire to police her life and movements abroad. When a photo of Malala wearing skinny jeans made the rounds on social media a few years ago, the Pakistani right was only too willing to list in great detail all the ways in which she had failed her faith/country/tribe and so on. If the West wishes to see Malala as the perpetual brave girl, the Pakistani religious right wants to present her as a crafty woman, and an errant one at that. It makes sense, then, that Malala has not chosen, at least at the moment, to live in Pakistan, where her scars remind everyone of their shameful inability to protect a young girl who spoke out for girls’ rights to education.

Pakistan is in Malala’s past. The celebrity world of international renown, red carpets, and millions and millions of dollars for her Malala Fund NGO are her current reality. It’s the flip side of Pakistan, a realm that is particularly attuned to the framework of her story as a young Muslim girl shot in the head by rabid and bloodthirsty Muslim men. As the scholar Shenila Khoja-Moolji has noted, the enduring and all-encompassing strength of this narrative is such that the individual, even Malala herself, is erased from it. One integral pillar of hundreds of years of colonialism, or at least trotted out as its moral imperative, was the idea of saving Muslim women from Muslim men. In Malala, the West, now sheepish about its self-serving colonial aggressions, has a modern and extremely endearing testimony to point to instead. “This,” a time-traveling British colonial officer may as well be saying to the Western world, “this is why we stayed as long as we did.”

Malala’s contradictions make her even more compelling. At least one publication reviewing Vogue’s Malala cover noted how her headscarf, or hijab, “covers” Vogue. In the accompanying interview, Malala delivers a little explainer as to when she wears it—“I wear it more when I am outside and in public”—as well as what the scarf is, “a cultural symbol for us Pashtuns.” Her adherence to it gives her the sort of authenticity that is comprehensible to the West. That a practicing Muslim girl proud of her Pashtun identity would have found freedom only in the West is just what the neoliberal white-savior-industrial complex ordered to justify decades of ill-considered interventions.

If the West wishes to see Malala as the perpetual brave girl, the Pakistani religious right wants to present her as a crafty woman.

Similarly savior-friendly is the single-issue solution of “girls’ education.” “If one girl with an education can change the world,” Malala has said, “imagine what 130 million can do.” Inherent in this sort of reductionism is the premise that the world’s needy inhabit a simpler world without the complexities of intertwined issues and consequences. Building a girls’ school, like the one Malala once went to, thus becomes the antidote for decades of Western interventions, war, and large-scale neglect. The fact that girls’ education does not in fact solve everything is never mentioned. As Khoja-Moolji discovered while visiting girls’ schools in rural Sindh, the Pakistani province where I was born and raised, it was not access to education that was the problem, but the quality of education and instruction. The rampant joblessness girls saw among their fathers and brothers was also a problem. Simply put, throwing hundreds of millions of dollars at girls’ education is unsurprisingly not the magic wand that too many saviors would like for it to be. Reinforced by figures like Malala, the Western world refuses to confront the folly of simple solutions, or their error in imagining and universalizing all “girlhood” as a time of innocent curiosity and exploration. No one who drinks the Kool-Aid of magical thinking pauses to consider that this sort of girlhood is only available to the female progeny of wealthy Westerners.

Malala looks beautiful, even resplendent, on the cover of British Vogue. Underneath her photo are the words “Survivor, activist, legend.” There is a funerary air to this sort of commemoration on a magazine cover at the age of twenty-three. Perhaps this is so because the old Malala, the ordinary girl blogger, did in fact die on that life-saving flight that flew her from Pakistan to the United Kingdom. The Malala that survived is entombed in expectations; in the West, they can indeed be summed up by “survivor, activist, legend.” Those who are invested in a certain sort of “liberated” Muslim woman commemorated in the pulp-nonfiction rescue of books like Ayaan Hirsi Ali’s Infidel or Malala’s own I Am Malala need to believe that she is free, better off, holy—in the wildly rich neoliberal sense.

This is where the story is now. The beautiful, feminist Malala staring out from the cover of Vogue is, despite all her struggles, still burdened by inordinate expectations. Whatever was left untouched by the paranoia she elicits among Pakistanis, and the pride she generates among Westerners, has since been gulped down by celebrity. A young woman who chooses not to write about winning the Nobel Prize at age seventeen in her college essay because she is “embarrassed” is in too many ways living a pre-determined life, one where Malala the icon, the celebrity, the legend, if you will, engulfs entirely any other kinds.

We must free Malala. As feminists, we should champion the Malala who is not a prisoner of her own story, one who breaks out, who abandons the carefully choreographed persona of an international celebrity, Nobel Prize Winner, etc., and embraces the possibility of messing up or even (imagine) being a bit irresponsible. All of those experiences are the privilege of the actually free. Vogue is a worthy conquest, but laying claim to her own individuality would be even better. Perhaps if she realizes this, then Malala would not be freaked out by the choices and decisions that confront her now that she has graduated from Oxford; she would be delighting in them. If she doesn’t, then the rest of us need to get together and free Malala. 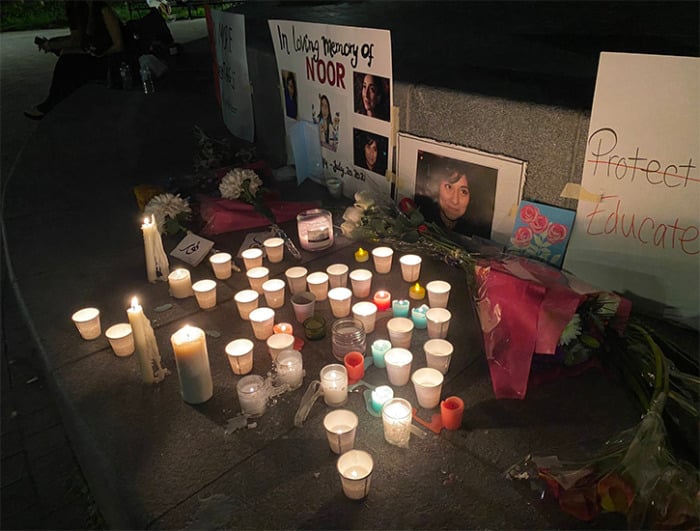