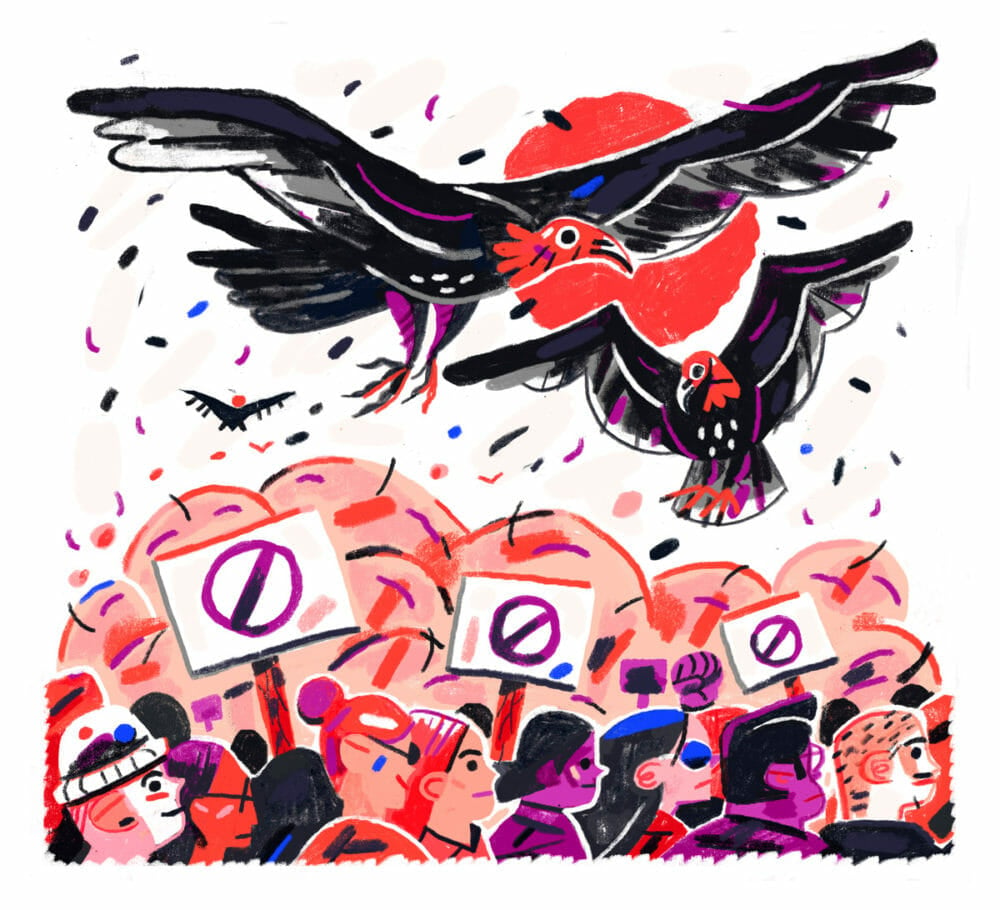 What if I told you that revolutions happen when people lose their fear? What if I told you that protest is broken, that the next revolutionary moment won’t spring from a vulgar “materialistic” strategy? What if I explained, as we stood atop a scenic vista, each of us striking a fearless yoga pose, that change in today’s world must be rooted in a contagious mood, a mood that spreads throughout the human community and makes people see the world in a different way? What if I revealed all of these deep truths to you—and more!—in exchange for a low, low introductory consulting fee of $10,000?

I have been reading about Boutique Activist Consultancy for more than a month now and I still cannot tell you precisely what the group does. True, the name gives some indication—it’s a consulting firm for activists, and a boutique one, whatever that means, and its web team strongly favors stock photos of running and swimming and high-altitude yoga. But what kind of consulting do these consultants actually do? What’s the activist agenda at work here? What—and whom—do they advise?

Boutique Activist Consultancy was founded, and insofar as it’s possible to tell, is operated exclusively by Chiara Ricciardone, a PhD candidate in rhetoric at Berkeley, and Micah White, one of the innumerable characters who claims to have founded Occupy Wall Street. (Contrary to conventional wisdom, a failure never had so many fathers.) What do the strategists guiding BAC do? They “win lost causes.” Whose causes? Causes from “across the political spectrum,” engaged in “projects that excite us.” They sometimes refer to themselves as a “think tank.” Other times they say they’re a “change agency.”

While BAC accepts requests for pro bono assistance, the group’s contact page asks potential clients to indicate whether their budget is in the $10,000–$30,000, $30,000–$75,000, or $75,000+ range. The consultants say they offer “Protest Innovation, Activism, and Movement Strategy Workshops,” “Campaign Direction,” “Movement Storyline,” “Research & Insights,” and “Novel Protest Methods” along with “full-service social movement creation.”

How do they do all this? “Boutique Activist Consultancy brings passion, intelligence, integrity, and a love of the art of activism to every project we work on.” That’s all that the group’s website says on the matter. Above a high-resolution picture of a beach, BAC’s consultants inform us that they “create surprising protests and dynamic social movements that change the course of history.” History does not appear to have noticed—they list no successes, and indeed no campaigns at all, apart from Occupy Wall Street. There is, however, a very prominent link to the Amazon page for Micah White’s book, The End of Protest: A New Playbook for Revolution.

Playbook or no, public statements by White do very little to clear up the confusion. (He did not respond to requests for an interview with The Baffler.) In an interview with Folha de Sao Paulo, a Brazilian newspaper, White explains that the lesson of Occupy and the Arab Spring “is that revolutions happen when people lose their fear,” that “the main trigger for the next revolutionary movement will be a contagious mood that spreads throughout the world and human community”—words that appear verbatim on BAC’s website.

BAC’s consultants inform us that they “create surprising protests and dynamic social movements that change the course of history.” History does not appear to have noticed.

“For me,” White says, “the main thing we need to see is activists abandoning a materialistic explanation of revolution—the idea that we need to put people in the streets—and starting to think about how to spread that kind of mood.” What the process of “putting people in the streets” has to do with “materialistic” theories of revolution is as unclear as everything else on offer here.

What is clear is BAC’s fundamental message—plastered over its main page and repeated in every interview White gives—viz., “protest is broken.” He means this literally: lots of bodies in the street do not cause political change anymore. But then, mass demonstrations have never by themselves caused enduring political change—all of history’s most successful mobilizations of mass protest only took to “the streets” after years of patiently organizing and building infrastructure.

Never mind—in lieu of such organizational scut work, it now appears that for a few tens of thousands of dollars you can access the trade secrets of the boutique activist consultant set. The closest White comes to an explanation of just how movement-building proceeds from a boutique model is this nugget from his Folha interview: “In concrete terms,” he avers, there’s “much potential in the creation of hybrid social movement-political parties that require more complex behaviors of people running for political office, seeking votes, [and] participating in the city administration.” As it happens, this is, give or take interest in electoral politics, the strategy of every major existing political movement in the United States. But as BAC says on its website, “never protest the same way twice.” So perhaps the BAC braintrust has moved on from this model.

In the whole BAC corpus, it’s difficult to find anything less superficial than a slick Disruption sales pitch. It’s a bad Portlandia sketch: local activists open boutique consultancy for the future of social change. “We have built our consultancy atop a dynamic for-profit contractor model designed to liberate activism from limitations to innovation,” the website explains. It’s Uber, but for politics.

Boutique Activist Consultancy isn’t the only for-profit enterprise offering expensive advice to liberal and left-wing political groups, although it is far and away the one that traffics most aggressively in unwitting parody. These companies abound, with names ranging from the mundanely innocuous Management Center (“turning good intentions into great results”) to the slightly cloying Collective Good (“we drive social change by supporting change makers”). No doubt some offer genuine services to nonprofits and philanthropic organizations, but all of them appear to be predicated on the idea that the know-how behind successful political organizing no longer resides in the experience or memory of political organizations themselves, but rather in the expertise of for-profit consulting businesses. I am beginning to fear that they’re right.

Or rather, I fear that they’re partly right. It’s a strange time in the history of the American left. The broad consensus is that the world is more hopeful than it has been in generations; despite the growing violence and depravity of the state, there has been a surge in energy and enthusiasm for left-wing politics as a viable alternative to liberal technocracy. But within this hopeful moment, it is difficult to avoid seeing the ruins that moment rises from—a landscape in which no living Americans have pulled off revolutionary change at the scale of the left’s ambitions.

Perhaps consultants can help: they know as much as anyone else about what to do, which is to say they know very nearly nothing.

The old institutions of left organizing—the labor movement, the socialist parties—are shadows of their former selves, where they still exist at all. And even these historic vanguard formations can no longer quite claim to know what they are doing. Nobody knows how to achieve socialism in the United States, because nobody has ever done it. Boutique Activist Consultancy is wrong to say that protest is broken for the simple reason that protest never worked. Nothing has—at least not on the scale we want it to.

This institutional uncertainty, combined with the individualistic logic of the digital era, has created a left that is all-but-completely atomized. “Activism,” for most, is a gig job, something done part-time while still a private citizen. (Indeed, this contingent status is likely the main reason that so many people can slide effortlessly between a role as a public agitator making political proclamations online, and the logic of a private citizen, who readily backs off from organizing challenges by saying “it’s not my job to educate you.”)

In these conditions of rampant precarity, the work of organization is fractured across a thousand entities with a thousand goals. Even groups like the Democratic Socialists of America—perhaps the central organizing outlet for a revived left today—struggle daily to convert their new adherents from online shitposters into on-the-ground organizers, willing to work and make sacrifices for collective goals. Those with real organizing experience languish in frustration, trying to do The Work while those around them fight ideological battles old and new. Should the left pursue electoral politics? Is a mass workers movement still possible? What, if any, role is there for fusionism, entryism, and other dalliances with the political mainstream? What’s a workable left politics in the sphere of culture? What are our priorities? 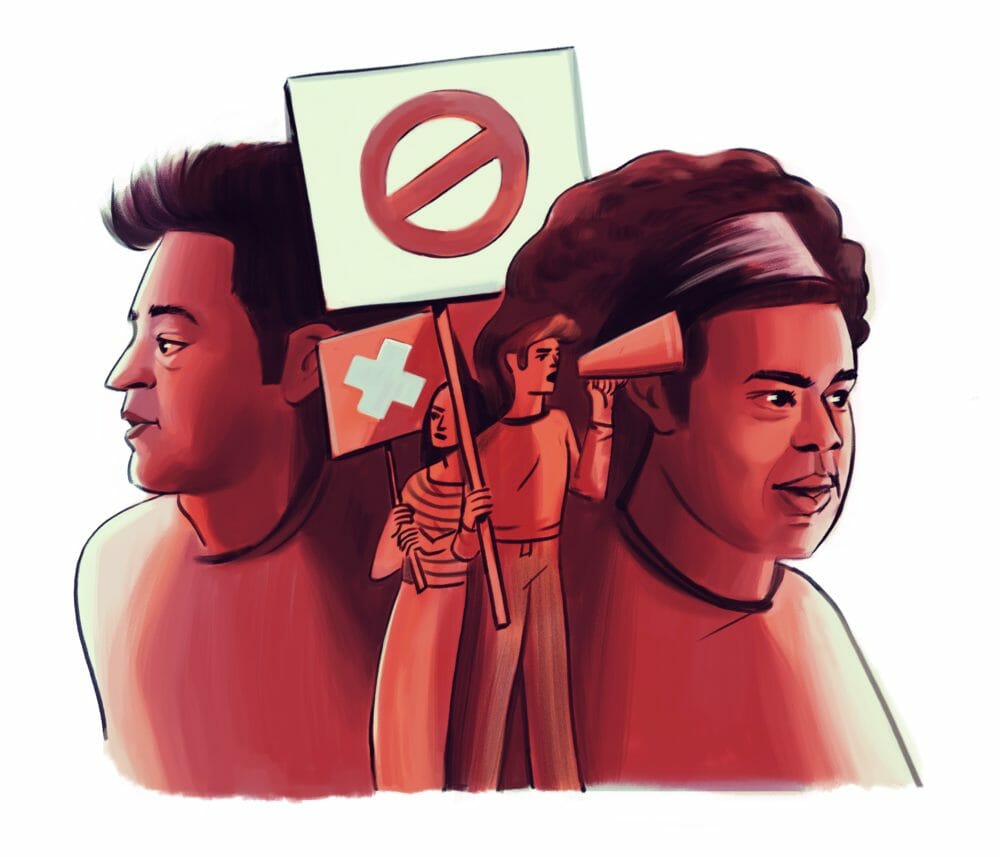 These are not new problems—organizers on the left, and indeed in all nascent political movements, have always suffered from some version of them. But the economy is uniquely precarious today, and the future that will emerge from the sputtering last gasps of western capitalism is even less certain than it was for previous generations.

Perhaps consultants can help: they know as much as anyone else about what to do, which is to say they know very nearly nothing. BAC’s brand of vague bullshit is especially easy to mock, but ask your nearest comrade what the plan is, what the rules are, what the strategy will be—ask them in real concrete terms what the left is doing—and while you may get something more sincere, anyone who isn’t kidding herself will be just as vague. I read every day about activists and organizers who believe they know the right way forward, but I cannot help noticing that none of them have yet gotten where they say they’re going.

I suppose I find the consulting groups funny because they look so much like a caricature of my uncertainty. They read like vultures who know that the game’s already up and that we’re in garbage time, and who are just grabbing whatever cash they can while the planet spins out in the darkness. I hope that’s what they’re doing, actually. The alternative is that they’re earnest hucksters who really think a contagious mood will save the world. The left used to have the comfort of unlimited time—eventually, its adherents firmly believed, history would work itself out. Now history is moving toward territory unsuitable for human life, toward automatons who can service the rich in our absence, toward a desert some thousand years hence where an enterprising man finds the ruins of the last dank meme stash and charges $10,000 for the secrets he learned therein. “You’ve gotta lose your fear,” he’ll say, “Protest is broken. Maybe try a combination electoral and social strategy? Just post more jokes online.”