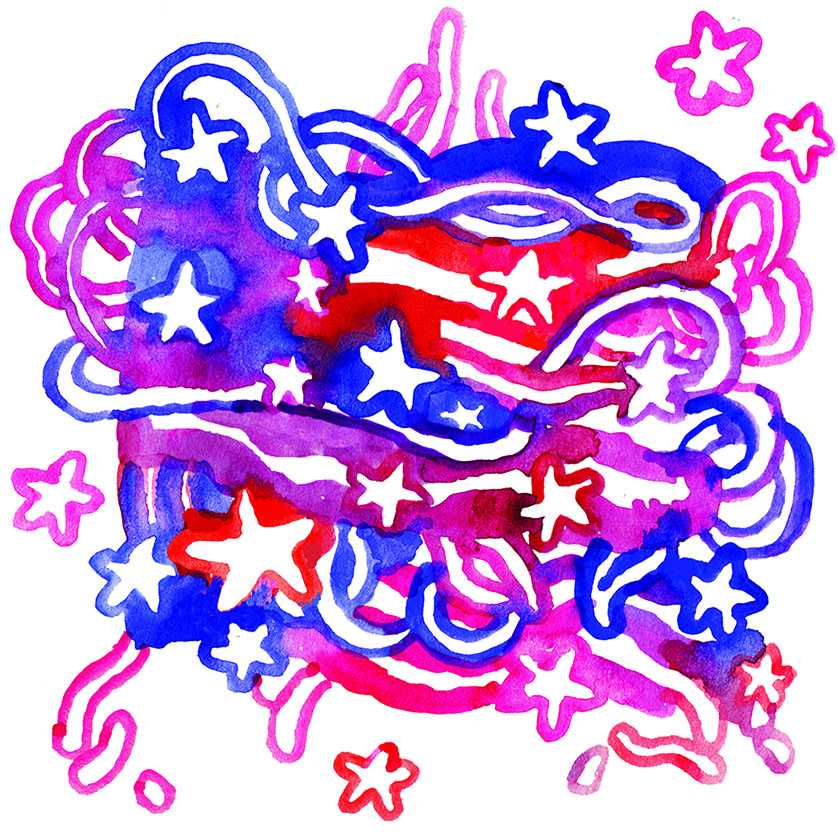 Must remembering mean venerating? Sure, the past deserves our respect, as we all know. But does it also require spectacle? Some anniversaries—Warren Harding’s birthday or ratification of the Eighteenth Amendment come to mind—call for silence or the averted gaze. The less said the better.

Which brings us to the War of 1812, that inglorious, two-and-a-half-year conflict between Great Britain and a fledgling United States. The bicentennial celebration of the war is approaching its denouement, after all.

Here, indeed, is an episode of history that we may safely say produced next to nothing of value, with a 1959 hit record by Johnny Horton being a possible exception. Horton memorably sang of the Battle of New Orleans, known to every schoolkid in my day as a famous victory won after the war itself had basically already ended—a gold standard for meaningless military mayhem. The doughty Americans who sent the attacking redcoats fleeing through briars, brambles, and bushes “where a rabbit couldn’t go” succeeded mostly in advancing the political ambitions of General Andrew Jackson.

And that was the war’s high point. Low points included abysmally unsuccessful U.S. attempts to peel away Canada from the British Empire (Canadians resisted their liberation with, um, unexpected vigor) and the torching of Washington, D.C., by marauding British troops (President Madison and members of his cabinet had fled).

To be fair, the conflict did inspire the lyrics that subsequently became the national anthem—something of a mixed literary blessing. And, yes, the war provided opportunities for American naval officers to make dramatic pronouncements—“Don’t give up the ship!”—even if the Royal Navy had rendered the U.S. battle fleet hors de combat long before hostilities ended.

The war’s outcome was inconclusive, with neither of the principal belligerents able to claim victory or obliged to admit defeat. The real losers, as you may suspect, were the doomed Native Americans caught squarely between warring whites. Even so, two centuries on, various jurisdictions in these United States have found in this undistinguished chronicle much to commemorate. Go figure.

At the federal level, the National Park Service sees the war’s bicentennial as a “singular opportunity” to connect Americans “with the stories and people of a momentous yet neglected and misunderstood conflict.” By “exploring the full diversity of America,” “increasing lifelong learning,” embracing “new collaborative models,” and “invigorating stewardship,” the Park Service plan leaves no platitudinous buzzword untouched. Unmentioned is any thought of apologizing to the Shawnee, Potawatomi, Ojibwe, and other groups displaced by the conflict.

Ohio has formed its own bicentennial commission “to honor Americans who served in Ohio in the War of 1812,” while also fostering “a lasting legacy grounded in sound scholarship, thoughtful discussion, and the inclusion of diverse peoples and perspectives.” Ohio is intent on “compiling an inventory of existing War of 1812 markers, monuments, museums, and ties” to the Buckeye State. No doubt generations of visitors from out of state and around the world will put the inventory to good use.

Even the worst moments in our collective psyche are disinterred and marketed as heritage ka-ching.

Still, with all due respect to Ohio, Maryland’s “Star-Spangled 200” bicentennial bash, with its three-year calendar of events, is “shaped by input from stakeholders across the state.” Marylanders, the Star-Spangled 200 website emphasizes, “have always been an especially diverse people.” Better still, in our present-day age of terrorism, they also “excel at executing sound plans to ensure the security of the state and nation.” Let that sink in. You can take solace in knowing that the state where Francis Scott Key penned his paean to the defense of Fort McHenry today hosts the National Security Agency, which reads your email without regard to your creed, color, or sexual orientation.

But there is more to the urge to commemorate than flag-waving. The architects of Star-Spangled 200 are promoting their program as a way of ensuring “increased tourism investments and expenditures from which all Marylanders have opportunity to benefit.” Here, they believe, is “a one-time chance to elevate Maryland globally as a premier location to live, work and visit, and to increase economic opportunities for Marylanders.” History blending with commerce is nothing new in the great salesroom known as America, but in these desperate days, it seems that even the worst moments in our collective psyche are disinterred and marketed as heritage ka-ching.

Forgive the bias of someone who grew up a Hoosier, but to my mind, Indiana takes the prize. In mid-October, as they have for years, the good people of Marion, Indiana, will be reenacting the Battle of the Mississinewa.

Described by organizers with commendable candor as “a search and destroy mission,” Mississinewa was a modest affair as battles go, involving no more than six hundred U.S. troops and an even smaller number of Miami and Delaware warriors. Even so, it now ranks as the “largest War of 1812 living history event in the United States.” (Tickets available online: six bucks for adults; four for kids.) Along with these grandiose helpings of living history, there will be plenty of dead meat; the menu includes “bratwurst, barbecue pork chops, chicken and ribs, tasty stews, and buffalo burgers.”

In the case of this slice of Americana pie, we should probably update Marx’s celebrated aphorism about Napoleon III’s 18th Brumaire: history repeats itself, the first time as farce, the second time as lunch.