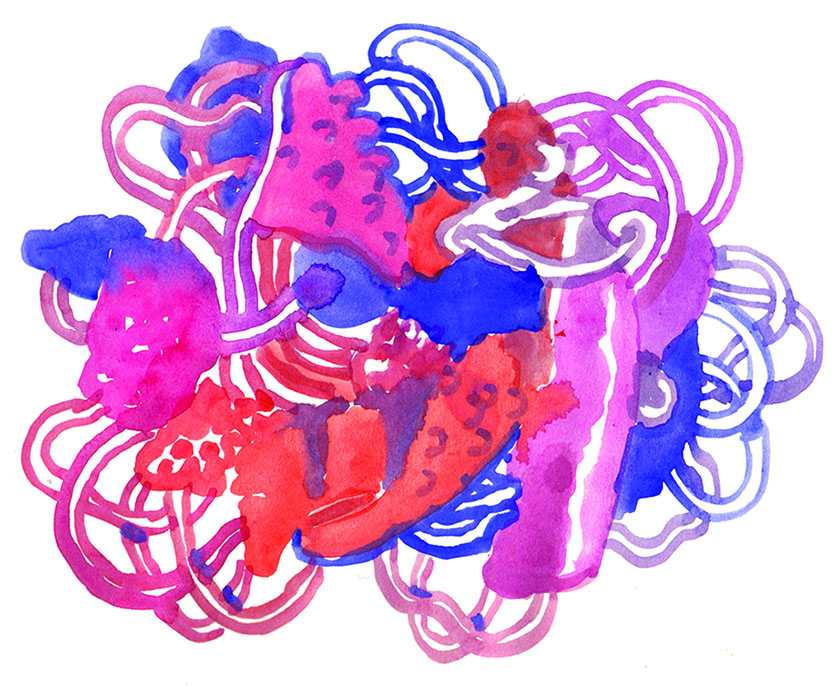 I remember going to the British museum one day to read up the treatment for some slight ailment of which I had a touch—hay fever, I fancy it was. I got down the book, and read all I came to read; and then, in an unthinking moment, I idly turned the leaves, and began to indolently study diseases, generally. I forget which was the first distemper I plunged into—some fearful, devastating scourge, I know—and, before I had glanced half down the list of “premonitory symptoms,” it was borne in upon me that I had fairly got it.

I sat for a while frozen with horror; and then in the listlessness of despair, I again turned over the pages. I came to typhoid fever—read the symptoms—discovered that I had typhoid fever, must have had it for months without knowing it—wondered what else I had got; turned up St. Vitus’s Dance—found, as I expected, that I had that too—began to get interested in my case, and determined to sift it to the bottom, and so started alphabetically—read up ague, and learnt that I was sickening for it, and that the acute stage would commence in about another fortnight. Bright’s disease, I was relieved to find, I had only in a modified form, and, so far as that was concerned, I might live for years. Cholera I had, with severe complications; and diphtheria I seemed to have been born with. I plodded conscientiously through the twenty-six letters, and the only malady I could conclude I had not got was housemaid’s knee.

I felt rather hurt about this at first; it seemed somehow to be a sort of slight. Why hadn’t I got housemaid’s knee? Why this invidious reservation? After a while, however, less grasping feelings prevailed. I reflected that I had every other known malady in the pharmacology, and I grew less selfish, and determined to do without housemaid’s knee. Gout, in its most malignant stage, it would appear, had seized me without my being aware of it; and zymosis I had evidently been suffering with from boyhood. There were no more diseases after zymosis, so I concluded there was nothing else the matter with me.

I sat and pondered. I thought what an interesting case I must be from a medical point of view, what an acquisition I should be to a class! Students would have no need “to walk the hospitals,” if they had me. I was a hospital in myself. All they need do would be to walk round me, and, after that, take their diploma.

Then I wondered how long I had to live.