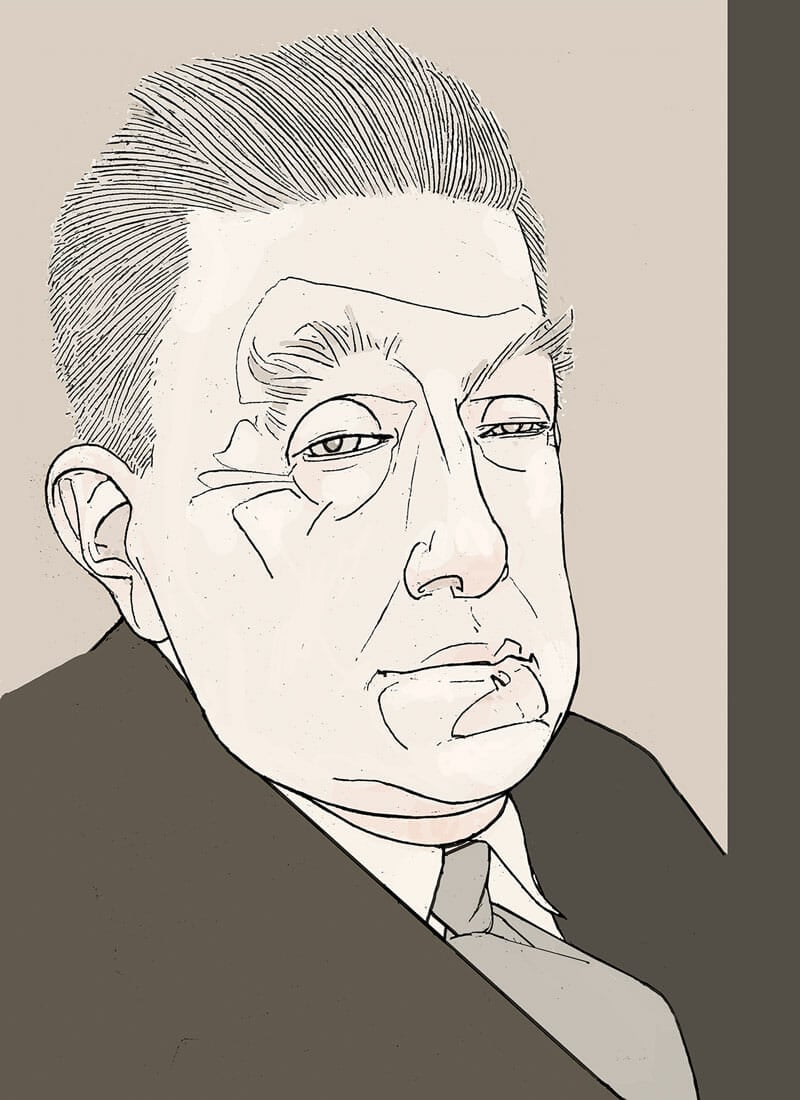 A hundred years ago, Randolph Bourne was a hot property—an intellectual wunderkind who was taking the American intellectual scene by storm. Bourne was the complete package: brilliant, charismatic, filled with social energy, and exquisitely attuned to the moment. Bourne’s essays appeared in leading periodicals like The Atlantic, The Dial, and The New Republic back when magazines set the American political and cultural agenda. Admirers considered him a visionary, an exponent of a humane new cosmopolitanism. True freedom and real democracy, he believed and exemplified, implied a spirit of tolerance, generosity, and creativity consummated in what he called “the beloved community.”

Barely two years after writing these words, Bourne became persona non grata. His offense involved not personal scandal—no violence, fraud, embezzlement, or sexual shenanigans—but something much, much worse: when the climate of opinion abruptly shifted, he refused to follow. They zigged, he zagged. While other members of the New York intelligentsia were swooning at the prospect of waging a war to end all wars that would make the world safe for democracy, Bourne dared to dissent. For this, they shut him out of virtually all the journals in which he had been publishing, and all respectable outlets generally.

A year after his ostracism, Randolph Bourne was dead at thirty-two, felled by the terrible influenza pandemic of 1918. That his premature passing cut short a career so full of promise must remain an eternal cause of regret. That in the brief time allotted him Bourne courageously stuck to his principles should elicit gratitude. In the intervening century, his critique of Woodrow Wilson’s war has acquired greater salience. At Cineplexes and in pulp fiction, the derring-do of Jason Bourne may entertain, but it’s the insights of the all-but forgotten Randolph, the prophet without a Hollywood deal, that remind us who we once were and aspired to become.

Crucial among those insights is the imperative of distinguishing between country and state. To Bourne, the former is benign, the latter anything but. Country, in Bourne’s lexicon, is nearly synonymous with civilization. It implies a way of life, based on shared language, customs, and culture. The modern state, by contrast, is a “repository of force.” It exists for one purpose alone: to impose its will. Toward that end, the state engages in a never-ending quest for power, conducted chiefly at the country’s expense—taxing, policing, stoking rumors of war. The country flourishes in an environment that permits and even encourages nonconformity. The state seeks compliance, deference, and regimentation.

The state engages in a never-ending quest for power, conducted chiefly at the country’s expense.

Prior to the twentieth century, the people of the United States had demonstrated a strong preference for country over state, with few inclined to confuse the two. As citizens of a republic, Americans had eyed the development of European states warily. Even if they had obeyed the state’s authority, Bourne wrote, they had done so “grumblingly.” In this earlier era, the state held “no bedazzlements or sanctities to gild it.” Why live in a fetid swamp like Washington, D.C., over Boston or Cincinnati or San Francisco, or any of the wide-open spaces in between?

With remarkable prescience, Bourne sensed that involving the United States in the macabre European dance of self-destruction known as the Great War was going to change all that. Welcoming the “pestilence” of war meant that militaristic attitudes and a hankering to wield power would spring up like “poisonous mushrooms,” he wrote. War would exalt state above country.

Once that occurred, Bourne believed, there was no going back. Sanctifying the state would inevitably sanctify those who ruled, and ordinary Americans would persuade themselves that to obey orders handed down from on high was to perform a duty benefiting “society, the nation, the great collectivity of all of us.”

Through “the war-situation,” the state would become “an instrument by which the power of the whole herd is wielded for the benefit of a class,” with plutocracy the result. Eclipsing Boston, Cincinnati, and San Francisco, Washington would command the center of the national stage.

This prospect filled Bourne with alarm. Yet the more passionately he assailed Wilson’s war policies, the more quickly his own influence waned—even as Wilson himself was inventing pretexts to suppress antiwar sentiment and orchestrating a campaign of “white terror” against pacifists, radicals, and ethnic groups suddenly deemed suspect. Though unheeded, Bourne’s warnings had proven all too apt.

No single explanation exists for the disordered state of American democracy today, vividly displayed on a daily basis in Washington, D.C., and refracted through media outlets that serve chiefly to normalize practices once viewed as wrong or at least embarrassing but now simply taken for granted. Unbridled partisanship, enshrined privilege, and catering to moneyed interests: these define the present-day American political system.

The political class running the show has kept the United States permanently on a war footing, an emergency all the more astonishing in that it provokes remarkably little controversy. Evidence that war is making America a better country—safer, freer, more prosperous—is hard to come by. Evidence that war works to the benefit of the state and its clients is available in abundance: in the size of the national security apparatus, in the bottom line of weapons manufacturers, in the deference paid to those in Washington who claim that there is no alternative but to press on to the next battlefield.

Randolph Bourne saw it coming. “War is the health of the state,” he famously observed. He was right then. He remains right today.