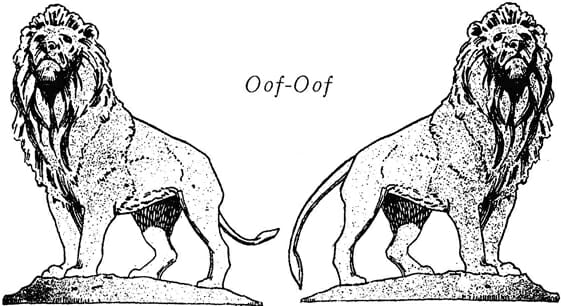 To say so is of course a kind of apostasy from the true faith of a journalist in this country, but I am not a great admirer of H.L. Mencken, and will lay no wreath on his grave when his centenary is observed in September.

Here and there his wit is coruscating, but usually it is labored, and too often he writes like a brewer. His denunciations of his victims can be pure savagery, and one cackles at them, like the old women sitting and knitting at the foot of the guillotine, but what else does one gain? The sad truth is he had little to say. For the most part, he is an unholy bore.

His prejudices are as lumpish as those he arraigns. As the young Randolph Bourne, a journalist of 10 times his quality, said of him very early, he went “heavily forth to battle with the Philistines, glorying in pachydermatous vulgarisms,” and quickly became a moralist himself, “with the same bigotry and tastelessness” as the enemy. He could in his writing be as much a boor as them.

Yet there I was crying as I watched the Republican convention, “Mencken! Thou shouldst be living at this hour!” Wishing that someone would spatter buckshot into the Joe Louis Arena. Wishing that he would come among us, still the guttersnipe, and scrawl his graffiti on the walls. For there was his Homo Boobus, indeed, elevated to be a sovereign. We needed someone to break from the yoke of mere happenings, and say that here was the common man and, yes, the common woman, too, come to take possession of their century at last.

Those who warned the prophets of the common man that they would not like his visage when they saw it had only to point to the floor in Detroit. There it was, polished now for television, the face of Caliban, come smirking to rule. With their noses wiped, taught some manners for the screen, clean handkerchiefs in their pockets, there were the booboisie. Narrow minded, book banning, truth censoring, mean spirited; ungenerous, envious, intolerant, afraid; chicken, bullying; trivially moral, falsely patriotic; family cheapening, flag cheapening, God cheapening; the common man, shallow, small, sanctimonious.

The common man, exactly as Reagan said of himself in his prime time. We have been warned of his coming. Not only Mencken inveighed against him. Sinclair Lewis gave us the half-baked stereotypes. It was Walter Lippmann, commenting on the characters in Lewis’ novels, who pinned them down: “They are the creatures of the passing moment who are vaguely unhappy in a boring and senseless existence that is without dignity, without grace, without purpose. They are driven by they know not what compulsions, they are ungoverned and yet unfree, the sap of life does not reach them, their taproots having been cut.” They were there, in their own sap, on the convention floor. They may deserve our concern, for they are deprived; they do not deserve our approbation.

But how understanding of them we are now asked to be. They are the middle Americans. We must explain them as neutrally as do the sociologists. We must not criticize them. Not so long ago, the drawings of Norman Rockwell were mocked, as they should be, as a false representation of stunted lives. They are a celebration, not of what is good in those lives, but of what is banal and deformed, but today we must cherish them.

The Norman Rockwell of today is Norman Lear. How cleverly he seems to caricature the primetime, soap-opera lives of the characters whom he portrays. But in fact he celebrates them, is gentle with them, and of course he exploits them. There is no line drawn between his characters and his viewers. He makes them both acceptable. Their lives are empty; they are trivial, the lives of helots. He justifies them.

The powers-that-be should pay him a fortune, for he takes the lives which they have deformed, and he makes them seem shapely. He makes a joke out of bigotry, he turns prejudice into a whimsical pleasantry.

Look at almost any of his characters: they might have sprung to the screen from the cover of the Saturday Evening Post of 30 years ago; not least Mary Hartman with her brainless and meaningless efforts at self-expression; her life bounded in the narrowest possible compass; her mind in braids.

Much of what we today call “nostalgia” is a tolerance, justification and celebration of small-town America. The abandon with which the high culture in America today flirts with the popular culture has the same effect. What is common and low is legitimized. The “metropolitan” in America, to use the words of Lippmann in this context, is surrendering to the “provincial.”

The metropolitan in America has always been much weaker than in Europe. New York may seem to extend its sweep over the whole culture. But it has nothing like the hold of Paris; its influence has never cut as deep as that of London. Today it is capitulating. What is called “neo-conservativism” is largely a New York phenomenon; its most prominent figures have in common their access to the New York media; and one by one the neo-conservatives are announcing for Reagan. Taking sides with the Reaganites. It is no less than a trahison des clercs.

What has always disturbed the European (and English) conservative is that the American conservative has barely even a whispering of aristocratic sentiment. He will support a Nixon. He will support a Reagan. These men are not evil. They are not even reactionary. They simply are vulgar. They are in person the common man. This does not seem to worry the American conservative. If he thinks he needs the masses, as Ortega y Gasset used the term, he will take them on their terms, in the persons of their nominees. He is then surprised when later he has the devil to pay.

Just as Americans in general do not have the habits of deference, so the conservative in America does not have them either. Ultimately he does not defer even to the country’s institutions. If one of these institutions, such as the Supreme Court, makes decisions he detests, he will defame that institution. He is as ready as is the common man to bypass the institutions he ought to defend.

The America which Europe fears is the America of the Reaganites.

The American conservatives may resist the Equal Rights Amendment. But the overwhelming majority of proposals for amending the constitution in recent years have been put forward by conservatives. They even wish to control the budgetary process, which traditionally is in the keeping of the representative institutions, by constitutional amendments to reserve it to the popular voice.

They may have opposed the initiative and the referendum when these were introduced; but it is they who now use them most indiscriminately as vehicles of popular discontent. Just as it was Goldwater who first captured his party from the grassroots, so it is the conservatives who now reap the benefits of the primaries and caucuses, as the common man is stirred to subvert the traditional methods of politics. Those who have carried Reagan to the very threshold of power are exactly the ungoverned but unfree whom Lippmann described half a century ago.

Ungoverned and unfree and so in the end ungovernable; this is exactly what Ortega foretold in the coming of the common man; and it is what the conservative in America seems to have no resource to resist. No traditions to which to appeal; no habit of deference to authority; no patience with the bridle of institutions.

Europe shudders today, not so much at the three men who have emerged this year as candidates, as at the political illiteracy of the popular voice which has chosen them, the America they most fear. The politicians will come and go, and do less good and harm than is supposed, but what of the people who chose them?

The Reaganites on the floor were exactly those who in Germany gave the Nazis their main strength and who in France collaborated with them and sustained Vichy. If the neo-conservatives cannot sniff danger, surely the rest of us can be alert.