The most impressive thing about the ubiquitous comment-section incantation “We’re a republic, not a democracy” is its versatility. Those six simple words fill the very different needs of several key demographics in the ascendant right.

For glib elitist types who openly believe in their own superiority, it is a straightforward endorsement of paternalistic, Burkean, “your interests, not your will” representation. To Fox News Stepdads who have spent decades venerating the Founding Fathers and the Constitution, it is an appeal to authority—So was it written, by the great Men themselves!—with the condescending tone natural to the mediocre white guy who doesn’t know what he’s talking about but is certain of its accuracy. And in the most common scenario, it is simply a way to create the appearance of having said something profound while saying nothing at all.

In the end, invoking republicanism is little more than a way out for the many Americans who honestly think they support government Of, By, and For the People but are perfectly happy with undemocratic processes that produce the outcomes they want.

In every usage it is a statement of simple fact relying on a definition of “democracy” that nobody uses. It is, in short, the essence of a dumb person’s idea of what something smart would sound like. Checkmate, libs.

James Madison, who may reasonably speak to the ideas underlying the Constitution since he wrote it, did future generations the favor of explaining exactly what republic and democracy meant to his clique. In Federalist 10 (all emphasis mine):

a pure democracy, by which I mean a society consisting of a small number of citizens, who assemble and administer the government in person, can admit of no cure for the mischiefs of faction . . .

we may define a republic to be, or at least may bestow that name on, a government which derives all its powers directly or indirectly from the great body of the people, and is administered by persons holding their offices during pleasure, for a limited period, or during good behavior.

Then, briefly circle back to Federalist 10 in case anyone missed the point:

The two great points of difference between a democracy and a republic are: first, the delegation of the government, in the latter, to a small number of citizens elected by the rest; secondly, the greater number of citizens, and greater sphere of country, over which the latter may be extended.

To declare that America is “not a democracy” is as useful as pointing out that it is not a monarchy, or that the Pope wears a funny hat.

A middle school textbook on the origins of American government would describe this “democracy” as direct or participatory democracy, something allegedly practiced by toga-clad peoples in days of yore. That is the sum total of the extent to which Madison was declaring that the Constitution did not create a democracy; neither the decisions of government nor their execution would be carried out directly by the population. And this wasn’t even an option under consideration; no one in 1787 considered nationwide DIY governance a desirable or even plausible alternative.

That’s it. To declare that America is “not a democracy” is as useful as pointing out that it is not a monarchy, or that the Pope wears a funny hat.

That Madison’s own definition of a republic directly invokes democratic processes—“a small number of citizens elected by the rest”—makes it sufficiently clear to word-understanders that there was no hard line drawn between republican and democratic principles as an either/or. The nation would be a republic, but a democratic republic. The Constitution gave powers to state legislatures, elected by the people, including the selection of electors who would choose the president. House members were elected directly. Open-ended powers like the Necessary & Proper Clause and the amendment process created the possibility for democratic participation to be expanded—and it was, slowly.

It is a cheap rhetorical sleight-of-hand, then, to justify outcomes or processes on the basis that America is “not a democracy,” not that such a statement is ever made as a legitimate argument in good faith. In practice, its use is to one of three ends.

First, as a non-sequitur defense of institutions that distribute political power unequally like the Electoral College or the Senate. The country is not a pure democracy with them and would not be a pure democracy were both abolished tomorrow and replaced. The “logic” here is that the existence of undemocratic or simply unfair institutions is justified by the fact that the country is not . . . an entirely different and unrelated kind of democracy. If that sounds stupid, it is.

Trump’s defenders are quick to trot out the phrase as if anyone honestly thinks that presidential decision-making might be subject to a national plebiscite.

Second, it is an argument against any vaguely majoritarian institution or idea. This is done with the utmost selectivity, as I am old enough to remember when “The majority of people oppose it” was considered a mic-drop argument against same-sex marriage. Invoke the will of the people one minute; the next—say, when large majorities want basic gun control legislation—smugly chuckle and say, “Sorry, buddy, read the Constitution: this here’s not a democracy.” Appeals to the will of the masses are often a last-ditch argument of convenience.

Third, and most troubling, is resorting to this phrase in defense of discretionary actions taken by political actors—like the president or Supreme Court. Every time the current president declares some breathtakingly dumb decision he makes after his six neurons fire simultaneously during Fox & Friends, defenders are quick to trot out the phrase as if anyone honestly thinks that presidential decision-making might be subject to a national plebiscite. In this usage, the argument is little more than a red herring, using the absence of mob-rule democracy as a justification of whatever lamentable actions are taken by the people elected or appointed to act on our behalf in accordance with Madison’s republicanism. Whether elected directly by voters or appointed through other processes, people in power make bad decisions—to which the nature of our system of government is not relevant.

To say that the United States is not a democracy is correct if democracy is defined in a way that no government on Earth, past or present, qualifies as one. It is as useful to say, “The Vietnam War wasn’t a war, because Congress didn’t declare war.” To people who believe their intelligence is miles wide but don’t realize that it is only an inch deep, pointing out that the we elect people to make decisions for us may seem incisive. To anyone else, it sounds like what it is: someone with Morning Zoo Crew DJ politics trying, and failing, to sound smart while defending the indefensible. 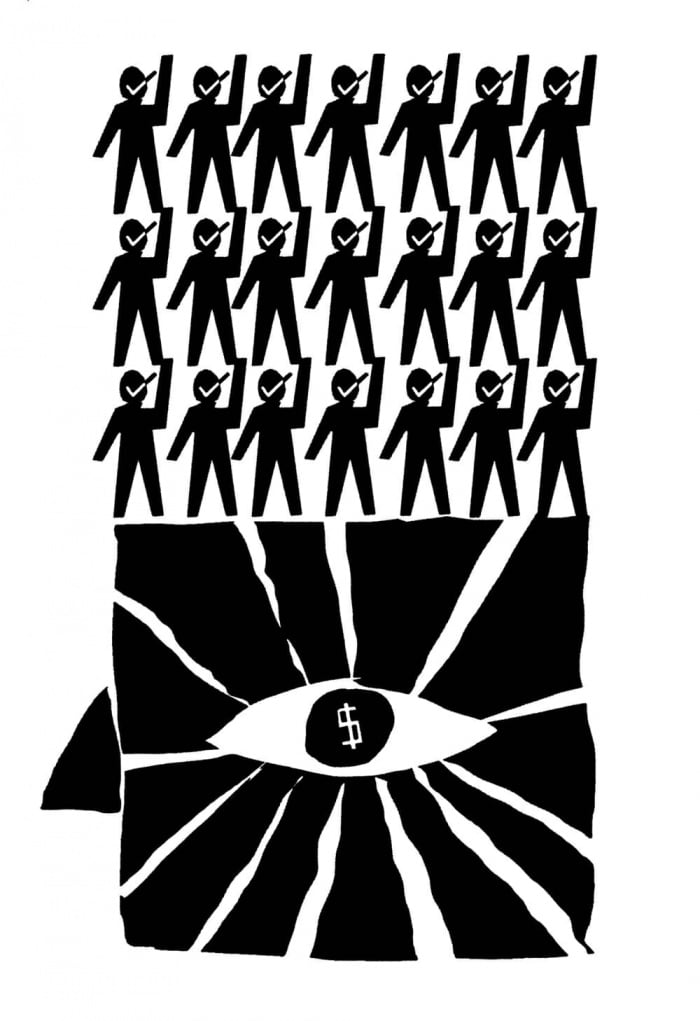 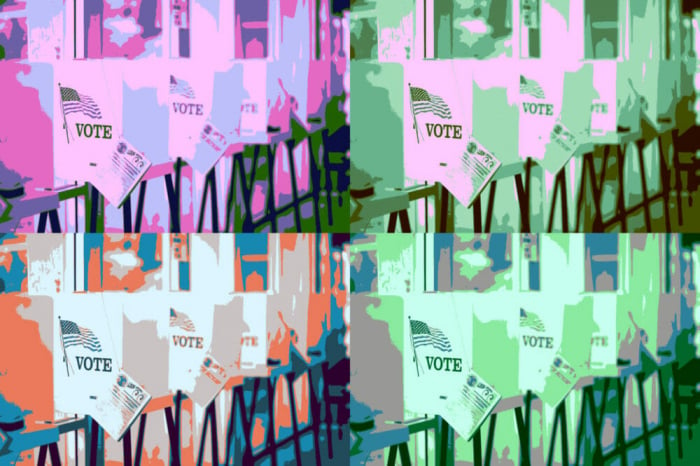 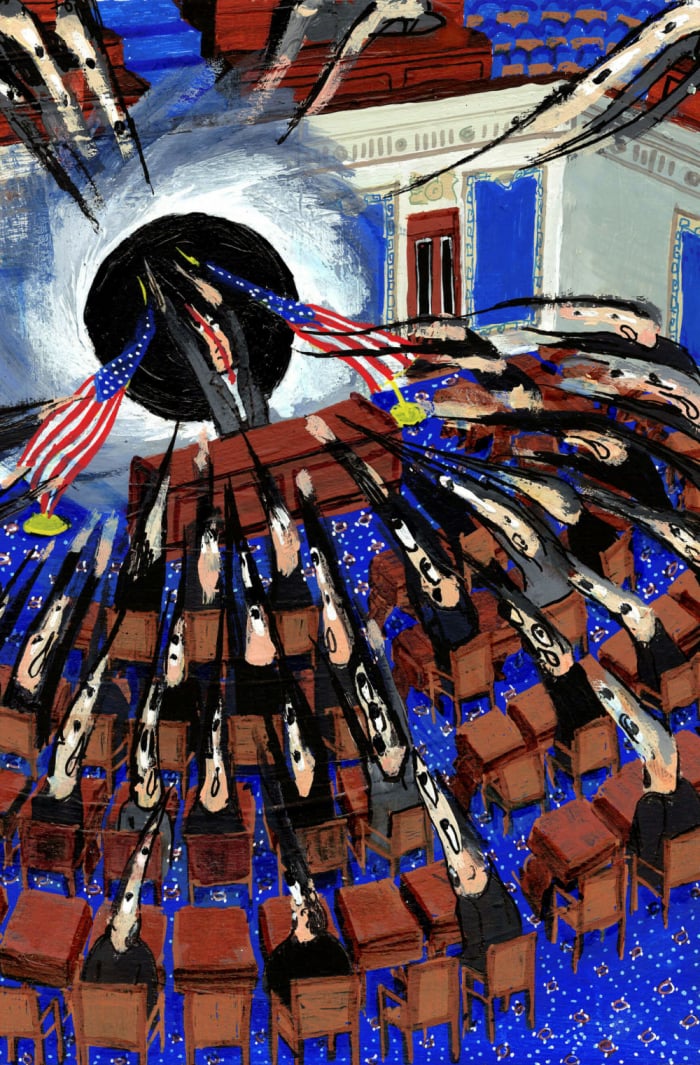