One of the perennial problems of British conservatives is that young people in the United Kingdom have little interest in voting for the right wing. Shockingly, the Tories’ combination of neoliberal ideology, grinding austerity, and increasing xenophobia hasn’t appealed to voters who have been systematically shut out from opportunity, denied the chance to own a home, and drowned in student debt. In the 2017 general election, Britain’s young and minority populations broke heavily to Labour; some senior conservatives have realized that an electoral coalition of the rich, white, and old is no longer enough to hang on to power long-term. Making things more urgent is the rise of Jeremy Corbyn, whose electoral success has depended in part on the mobilization of young people, especially through the left-wing political organization Momentum and their canny use of viral social media content.

To rectify this, Tories have been talking for a while about the need for a conservative version of Momentum. This has so far turned out to be a spectacular failure: Tory youth activist groups have shut down or fizzled out in storms of incompetence and relentless mockery. But high-ranking conservatives worried about the demographic obsolescence facing the party can finally rest easy, as Turning Point USA, the conservative youth organization dedicated to training a new generation of right-wing activists, recently announced they would be launching in the United Kingdom. From TPUSA’s point of view, the move makes sense, given the febrile nature of UK politics in the wake of Brexit and the opportunities here for extending their grift. (What makes this even more hilarious is the recent video of TPUSA Communications Director Candace Owen speaking at a UK event about how the problem with Hitler was that he had “dreams” beyond Germany. The irony of saying this as an American trying to interfere in British politics seems to have eluded the brain geniuses in TPUSA’s senior hierarchy.)

Turning Point’s UK venture has exemplified the axiom that embarrassing Boomerism is a state of mind not necessarily connected to age.

Like so many others on the right, Turning Point USA advances the shopworn narrative that conservative views are shut out in public. There is a free speech crisis, they shout, frequently and loudly, aided by a relentless social media presence and a willing media apparatus that has seen stories of campus controversies as reliable business for a few years now. The Turning Point crew argues that the university has become a safe space, wherein conservative ideas are ignored or deplatformed. For a group allegedly committed to the fearless debate of ideas on their own merits, it apparently hasn’t occurred to them that the reason no one is particularly drawn to listening to diaper-clad weirdos talk about how much they love small government is that the ideas themselves just aren’t very interesting or good. But, of course, the activist, very-online right has never been interested in ideas or debate—only the chance to self-aggrandize.

The launch of Turning Point UK saw the almost immediate departure of one of its star recruits after he realized the organization is full of cranks and weirdos. On top of that, and in keeping with the fine tradition of conservative incompetence online, a social media backlash turned the group into a punchline before it had even properly started. Despite the well-documented growth of the far right online, there’s always been something distinctly rubbish about the mainstream right wing’s use of social media, like watching your parents try and get to grips with Snapchat. Turning Point’s UK venture has exemplified the axiom that embarrassing Boomerism is a state of mind not necessarily connected to age.

Still, however incompetently executed, there are a couple of things worth pointing out about this newest front in the seemingly never-ending discourse about higher education. It’s deeply strange watching TPUSA founder Charlie Kirk and his fellow right-wing culture warriors attempt to import their brand of viral political agitation into British political discourse. Without meaning to, Turning Point’s move into the United Kingdom has neatly exposed antagonisms within mainstream British Toryism. By doubling down on the banal posturing and agitprop which threaten to become the driving forces of conservative thought in the UK, Turning Point might accelerate the replacement of the old class confidence with the desperate desire for victimhood that is the hallmark of this kind of right-wing political affect. Historically, young Tories have been almost bred to be in charge: look at Jacob Rees-Mogg, a politician who seems to have just arrived from the eighteenth century with the unshakeable self-regard that comes from fully committing to British class ideology. Or Boris Johnson, a man who has embarrassed himself on some of the most high-profile of stages but, thanks to his plummy vowels and boarding-school shambolic nature, has wormed his way into being considered a serious political figure—or at least one with power. In contrast, all TPUK can offer is shrill defensiveness, hooting at students who are just trying to get to class about the wonders of capitalism and the virtues of taking away public health care and a social safety net from the poor.

You can’t entirely blame the young people who have been drawn to get involved; after all, considering what Tory austerity politics have done to their prospects, jumping on the right-wing grift might be a good way to pay off student loans and land a job at a financially secure media organization. But let’s be blunt: the right is not being censored in UK universities. If anything, it’s quite the opposite, as the drive toward neoliberal marketization has made the UK university a decidedly corporate and highly surveilled space, deeply hostile to left-wing protest. Despite this, the last few years have seen waves of student occupations, activism, and strikes, which have tackled issues like unaffordable education, exploitative university employment practices, and sexual harassment in academia. What TPUK takes to be indicative of a repression of free speech is, in reality, a sign of young people asserting their political agency—and, yes, exercising their ever-limited ability to speak and act in public. Conservative students’ complaints that their peers aren’t interested in listening to them is actually their beloved marketplace of ideas working effectively. If these young conservatives were really the fans of meritocracy they claim to be, the reaction they get might trigger introspection rather than vitriol—but self-reflection has never been something the right has embraced.

In contrast to their own xenophobic, anti-Semitic dog whistling about “globalists,” the right-wingers at Turning Point are absolutely part of a global wave of reactionary politics.

Turning Point’s actions in the United States, where they set up the infamous Professor Watchlist, further highlight the fact that they aren’t interested in free speech, but enforcing the compliance of students in listening to right-wing propaganda. The idea that capitalism needs defending in one of the most unabashedly capitalist environments in Britain is nonsense, and the silence of Turning Point UK on issues such as the University of Warwick scandal, which revealed the ways in which British universities so often fail to protect students who’ve been harassed or assaulted, or the insidious Prevent agenda, an Islamophobic “anti-radicalization” scheme which turns academics into cops and stifles free speech and the exchange of ideas, shows that all the group ultimately cares about is owning the libs and lining their own pockets. TPUK has nothing of value to say about the immense psychological pressure that the capitalist university has placed on students, or the ways in which universities have become grossly exploitative employers, paying teachers and lecturers what sometimes amount to poverty-line wages while senior managers make hundreds of thousands of pounds every year. British students don’t need to be taught about the virtues of capitalism; they’ve seen exactly what it can do.

Kirk and the rest of the shameless Turning Point crowd will hopefully be turning right back to the friendlier market of the United States. But these high-profile attempts to form an internationalist right must be continually resisted. It’s no surprise that TPUK was endorsed not only by several Tory members of Parliament, but also Nigel Farage—who, after the Brexit vote, has been determinedly building his profile abroad. In contrast to their own xenophobic, anti-Semitic dog whistling about “globalists,” the right-wingers at Turning Points are absolutely part of a global wave of reactionary politics. No matter how ridiculous the actors in question, what we need is not just opposition to the UK version of this conservative culture war, but an internationalist left politics that can offer a genuine turning point away from reactionary capitalism and exploitation in all its forms.

Jon Greenaway is an academic and writer from the North of England. His website is thelitcritguy.com and he tweets @TheLitCritGuy. 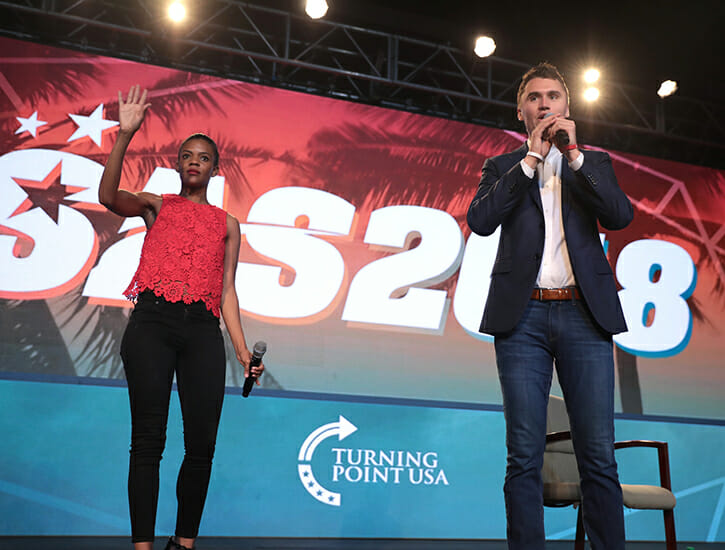 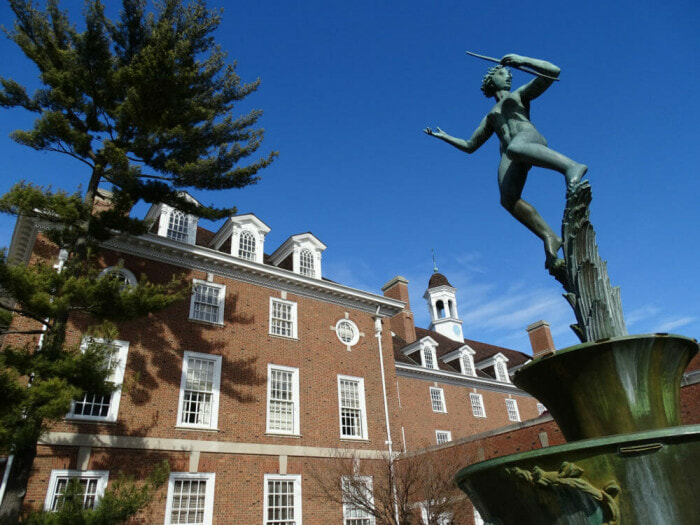 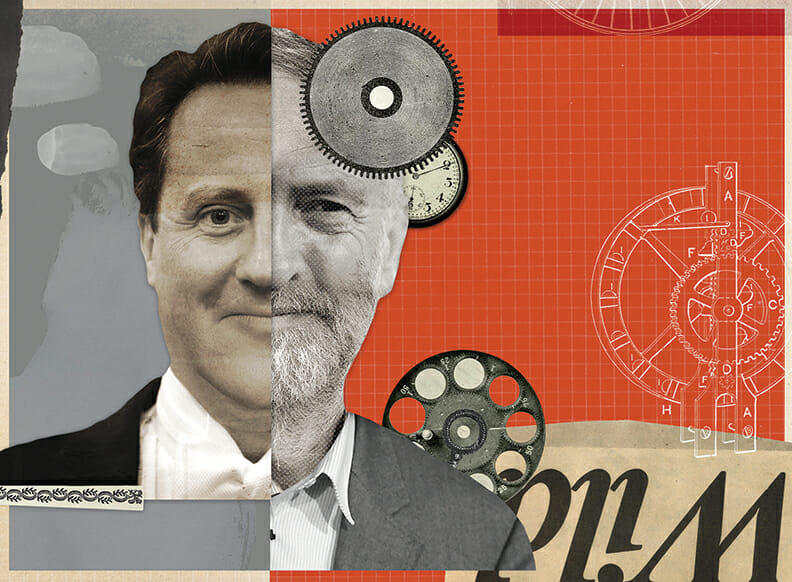