In its penultimate chapter, Shulamith Firestone’s The Dialectic of Sex takes a turn toward the metaphysical. Having assailed patriarchy as a violently enforced “sex class system” dependent on a prehistoric gender binary, and called for the abolition of the sex distinction itself, Firestone turns toward big-picture abstraction—a general theory of human cultural history. Indicative of the complexity of her task are the expansive, perplexing tables crisscrossed by arrows and brackets, eras and revolutions that she includes as a way of visualizing thousands of years of cultural evolution. But first appearances can be deceiving. In fact, even Firestone’s most apparently abstruse passages on gender oppression and the evolution of culture harmonize in remarkable detail with empirical sciences, particularly evolutionary biology and foremost Charles Darwin’s theory of sexual selection as originally articulated in The Descent of Man, and Selection in Relation to Sex.

This interpretation of Darwin, forcefully defended in the biologist Richard Prum’s 2017 book The Evolution of Beauty, suggests that aesthetic choice on the part of one sex—in almost all species, females—coevolves as a defense against the other sex—in almost all species, males—trying to control reproduction in ways that depend on intra-sex competition, enacting a “law of battle.” Prum observes, for instance, that in certain species of ducks where “forced copulation” is common, females have evolved vaginas with clockwise spirals to resist forced penetration by the counterclockwise-spiraling penises of aggressive males. Meanwhile, in duck species with less sexual conflict, penises and vaginas are smaller, simpler, and mutually compatible: there is a clear “correlation between the more highly elaborated genital structures and the social and sexual lives of the species who possessed them.”

For the more brutal fowl, Prum writes, it’s “male-male competition” in the mating game that “is acting in the evolution of the coercive male behavior.” At the same time, “any genetic mutations that contribute to behaviors or vaginal morphologies that help females avoid forced fertilization will evolve because those mutations will help females evade the indirect, genetic costs of sexual violence—that is, having unattractive sons that other females will not prefer.” Which is to say, female aesthetic choice in mating is often deployed to preserve female sexual autonomy. However, in a curious twist, it turns out female aesthetic selection proves stronger than male sexual violence, as evidenced in a duck’s feathers: “Despite the ubiquity of sexual violence in these breeding systems, female mate choice continues to predominate. Consequently, male plumages, songs, and displays continue to evolve.”

The Darwinian “law of battle” can be analogized to what Firestone calls the “‘male’ Technological Mode.” This “mode” or strategy, which comprises one half of the titular dialectic of sex, represents an intuitive articulation of Darwin’s idea. The “law of battle,” which is not intrinsically male (a fact acknowledged by Firestone’s quotation marks around the word), is characterized as technological: oriented toward the development of adaptations for survival, creating an environment rife with hostile intra-male conflict, the outcomes of which are then violently enforced on females.

The perpetuation of the patriarchal status quo depends quite literally on the continuation of a pre-human “rape culture.”

Likewise, Firestone’s “‘female’ Aesthetic Mode,” the other half of her dialectic, can be analogized to Darwin’s idea of aesthetic selection through (typically) female choice. Its orientation toward arbitrary traits, which may be social or behavioral as well as physical, means that it is determined by female desire—and, Prum stresses, female pleasure. While there is a sense in which preferential selection for traits that are beautiful in the eye of the beholder is arbitrary, Prum emphasizes that aesthetic evolution tends to increase the autonomy of the sex that wields it. The emergence of hyper-specific adaptations like reverse-corkscrew vaginas in female ducks, Prum argues, strongly implies that “freedom of choice matters to animals.” As he writes: “Sexual autonomy is not a mythical and poorly conceived legal concept invented by feminists and liberals. Rather, sexual autonomy is an evolved feature of the societies of many sexual species.”

The dialectic of sex, therefore, is not a conflict between two sexes, but a working-out of opposed strategies of evolution. Firestone’s cultural-historical argument amounts to an evolutionary account of the ways in which the status quo is predicated on trying to subordinate the Aesthetic to the Technological Mode, an intuitive independent rediscovery of Darwinian sexual selection. The result, under liberal capitalist patriarchy, is that pleasure is subordinated to survival, femininity to masculinity, and, in many social domains, women directly subordinated to men.

Reading Firestone’s argument in the light of Prum’s later exegesis of Darwin might seem anachronistic, but the strength of Firestone’s feminism, in addition to its incorporation of Marxism and psychoanalysis, is that it engages with evolution. She holds that gender oppression is deeper than other forms of oppression because it is older, having first evolved among our primate ancestors. Firestone saw—and Prum’s work demonstrates—that the central enforcement mechanism of patriarchy is male sexual violence and coercion. The perpetuation of the patriarchal status quo depends quite literally on the continuation of a pre-human “rape culture.”

If the analogy I’m urging between Firestone’s theory of cultural history and Darwin’s theory of sexual selection is valid, at least in essential outline, then The Dialectic of Sex also contains a compact theory of the evolution of queerness—one majorly out of sync with a liberal-assimilationist focus on identity. Firestone writes that all sexual identities are “artificial, culturally constructed,” the shadows of the prison bars of repression cast across the face of personality. Prum agrees: “Because we live in a society that is accustomed to conceiving of sexual behavior in terms of sexual identity,” he writes, “we tend to think that sexual identity categories are biologically real.” But “scientific research on the origin of ‘homosexuality’ seeks to explain the evolution of a social construct.” In truth, sexual behavior and sexual attraction lie along a “continuum,” with everyone experiencing a range of intensities of homo- and heterosexual attraction. The development of a sociosexual identity as exclusively straight, gay, or lesbian requires a specific process of repression unique to each subject position.

Although Prum is rightly critical of Freud’s impoverished understanding of the female orgasm, nevertheless his Darwinism aligns with psychoanalysis around the broader question of sexual orientation: both make a claim for an innate variability of gender preference in sexual attraction. Freud’s notion of repression accounts for the psychological foundations of sexual identities; Prum adds Darwin’s theory of sexual selection as a way of accounting for the persistence of same-sex behavior despite its apparent reproductive uselessness, contending that, in reality, same-sex behavior likely evolved as a result of female aesthetic choice, as a means of enhancing women’s reproductive autonomy. In Firestone’s terms, queerness thus evolved via the “female” Aesthetic Mode. As Prum theorizes, lesbian behavior enhances female sexual autonomy by forging social bonds among women, alliances that allow them better to defend against male sexual violence and coercion. Gay behavior likewise enhances female sexual autonomy, but by forging male-male social bonds, reducing the intensity of sexual competition and deescalating sexual conflict.

As Prum recognizes, this account of same-sex behavior is consistent with the claim that same-sex desire is ubiquitous in humans, expressed to varying degrees in each individual, as determined by their innate desires, psychological makeup, and physiology. It’s compatible, in other words, with Freud’s thesis of human “universal bisexuality” or “polymorphous perversity,” which we might more accurately call universal pansexuality.

Firestone demands as the end result of a feminist revolution is “not just the elimination of male privilege but of the sex distinction itself.”

Firestone expresses the point in terms that, by today’s discursive standards, scan as offensive, writing that “though homosexuality at present is as limited and sick as our heterosexuality, a day may soon come in which a healthy transsexuality would be the norm.” By this remark, though, she means nothing like our current understanding of transgender. (On the contrary, Firestone would in all likelihood agree that trans women are women, and trans men are men.) Sidestepping the identity politics trap of shuffling the respective positions of the sexes while preserving the essential legal order of liberal capitalism, what Firestone demands as the end result of a feminist revolution is “not just the elimination of male privilege but of the sex distinction itself.” In its place would rise an “androgynous culture,” one that is gender neutral and gender equal, without prohibitions on same-sex sexuality or queer identity of any kind, a culture where “genital differences between human beings would no longer matter culturally.”

In this admittedly hypothetical gender-neutral, gender-equal society, sex would be limited only by the minimal form of repression consistent with aesthetic selection: informed, noncoercive consent. This ideal, Firestone saw, could be made meaningful only through conditions of socioeconomic equality that, in effect, make gender irrelevant, including in reproduction. A feminist society, therefore, would account fully for women’s reproductive labor, including pregnancy, childbirth, childcare, and education. Firestone’s conclusion offers a sort of blueprint for such a society, but an update to her list of demands might include, at minimum, policies ranging from guaranteed housing to restrictions on the development of genetic biotechnology to the cancellation of all debt.

To achieve even a few of these ends is to begin the revolution outlined by Firestone fifty years ago, a revolution with a clear foothold in evolutionary biology. No individual organism is fixedly male or female; attempting to use any biological binary—gamete types, chromosomes, developmental pathways, genitals—to assign every human one of two sexes simply doesn’t work. Given the existence of intersex conditions, such as Swyer syndrome, De La Chapelle syndrome, or partial androgen insensitivity syndrome, all biological binaries fail to classify at least one individual. An empirical theory that cannot account for all the variation it seeks to explain is simply wrong. Individual genders cannot be mapped with a binary scheme, even though human sexual reproduction is biparental (absent technological intervention).

An individual’s gender, in other words, is essentially malleable. Full gender transition is physiologically possible; a myriad of androgynous people exist; agender people exist; and it is abusive to surgically “normalize” infants born with intersex conditions. These claims—along with the rest of Firestone’s program—are at the heart of a revolutionary nonbinary politics, a queer feminist politics for anyone who continues to imagine a free, sexually ecstatic society. “Revolutionaries,” as Firestone wrote, “are still visionaries of the Aesthetic Mode, the idealists of pragmatic politics.” Feminist revolution, then, is not a matter of progress toward some imagined ideal, but a perpetual turning in the direction of sexual autonomy and socioeconomic equality.

Elizabeth Winterhalter is a writer and editor based in Cambridge, Massachusetts. 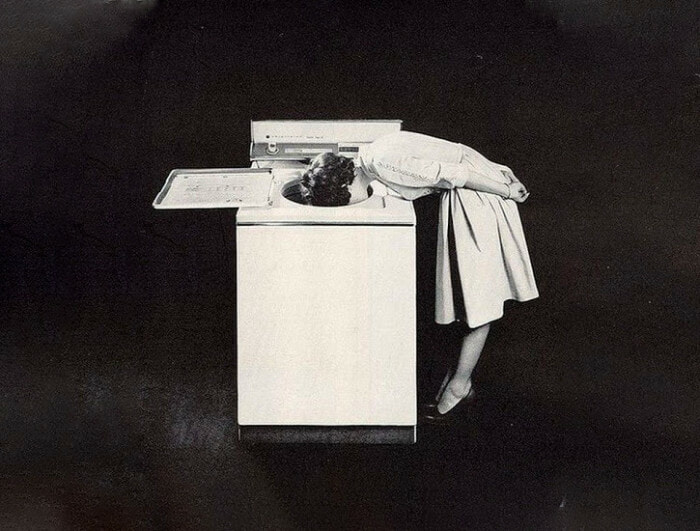 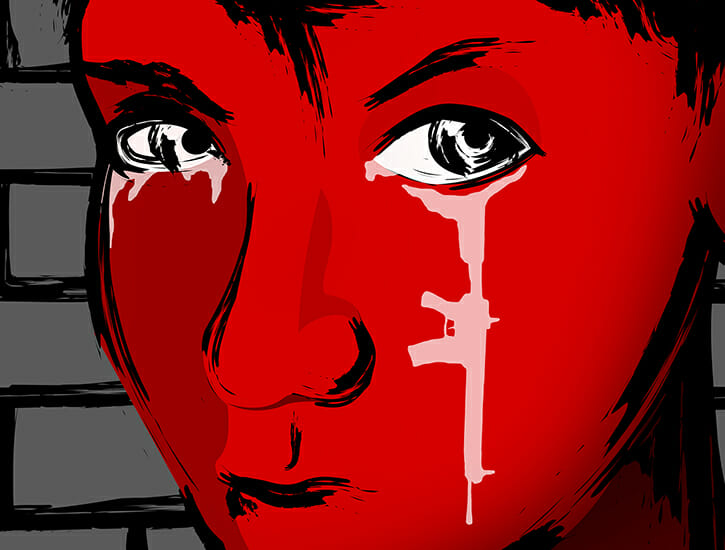 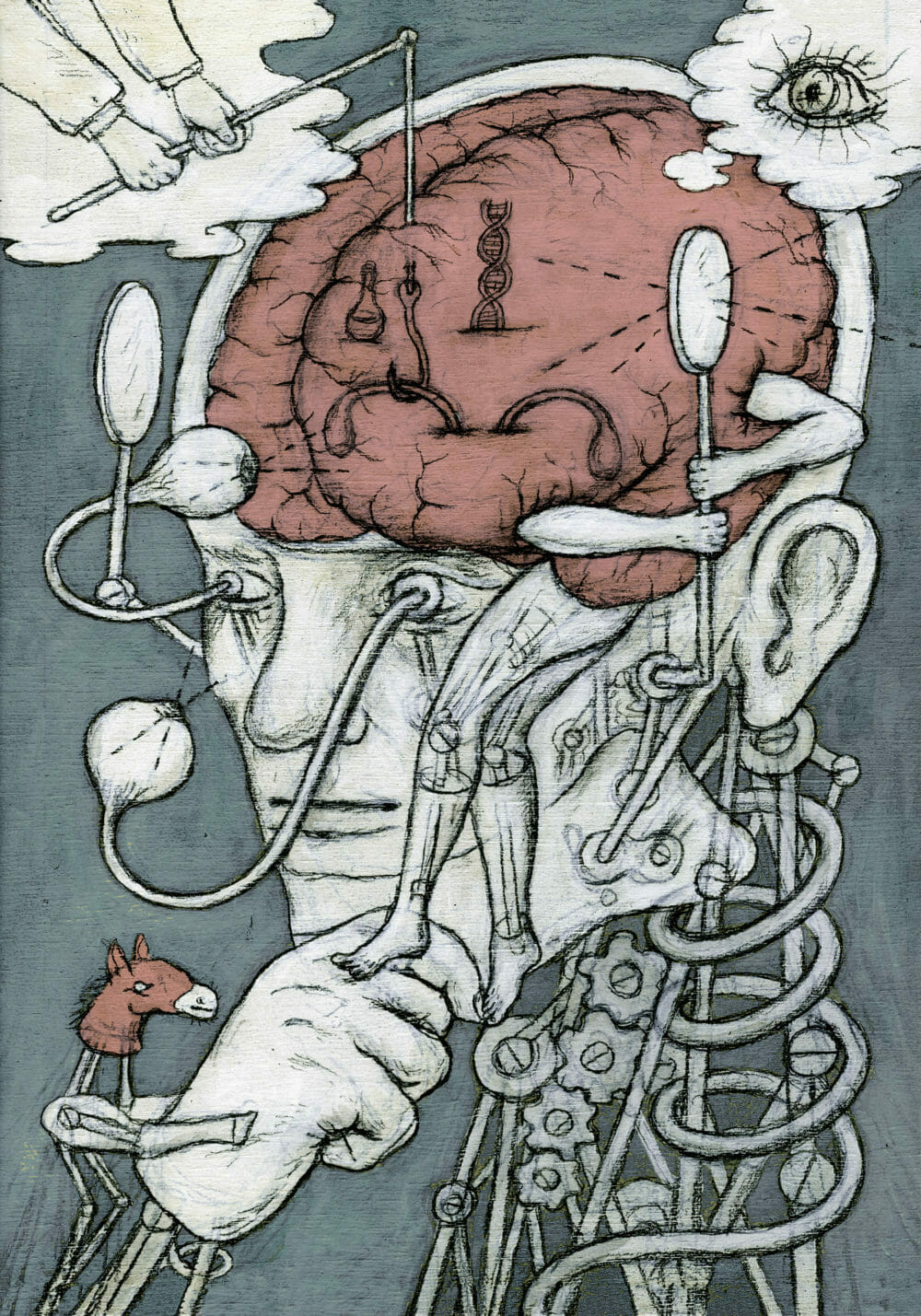