We find ourselves at a strange juncture in the American political climate, witnessing a renewed culture war as if the 1980s are back with a vengeance. Even Murphy Brown is on TV again. Of course, a culture war wouldn’t be a culture war without books that lay blame on the academic left for ruining the American Mind.

As if signaling Alan Bloom (and his Closing of the American Mind), Greg Lukianoff and Jonathan Haidt have produced a book that seeks to understand the recent “crisis” of free speech sweeping American universities and blames our collective coddling of children and young adults for this sad state of affairs. The Coddling of the American Mind: How Good Intentions and Bad Ideas Are Setting Up a Generation for Failure lays out the problem facing American culture as tied up in our cultural embrace of three “Great Untruths.” First is our “Untruth of Fragility,” that our children are so breakable that we need to swaddle them in bubble-wrap. Second is the “Untruth of Emotional Reasoning,” or the notion that feelings equal truth, i.e., if you feel unsafe or uncomfortable you are unsafe. And lastly stands the “Untruth of Us Versus Them.” Since the 1970s, they argue, these principles have seeped into our parenting philosophy, and the results are now evidence in what they call a culture of “safetyism” seen on college campuses. This coddling weakens minds, destroys ambitions, and stifles real education. And, what’s more, universities have catered to this safetyism, giving up their mission and role in society.

It is as if Lukianoff and Haidt have diagnosed the entire college-age generation with a mental illness and prescribed therapy as the cure.

Much of the book is dedicated to the recent free speech wars on college campuses that seem to date to 2015 and to have peaked in 2017. What Lukianoff and Haidt saw in the various incidents, sometimes riots, were speech codes or speech disinvitations that seemed to medicalize student behaviors. “Students claimed that certain kinds of speech . . . interfered with their ability to function. They wanted protection from material that they believed could jeopardize their mental health. . .” Ultimately, the authors decide that college students come to campus feeling fragile; rather than push them through this discomfort, universities have embraced their sense of fragility and perpetuated their distorted thinking, thereby giving up on higher learning altogether.

Lukianoff and Haidt argue that what we are witnessing are cognitive distortions or broken ways of thinking. Students, by which they mean eighteen-to-twenty-four-year-olds, arrive on campus with anxiety and fear. To them the world is dangerous. Their parents embraced an overprotective parenting style, “hovering” and demanding protections from every danger—most of the dangers the authors claim were imagined. This leads the authors to argue that the only way out of this morass is to collectively embrace cognitive behavioral therapy. Basically, they argue that colleges need to embrace CBT practices to retrain or rebuild and eventually fix today’s students. It is as if they have diagnosed the entire college-age generation—iGen, which started entering college around 2013—with a mental illness and prescribed therapy as the cure.

Lukianoff and Haidt see everything through this scratched lens. Things they disagree with they dismiss as cognitive distortions, such as microagressions. They claim that colleges should train students not to recognize them; students should instead be taught to find the “more charitable interpretation” of such actions. But this disregards the realities of race (and other areas) as imagined, and it denies the cumulative experience of racial aggression as an oversensitivity. The authors suggest that if victims just turn their other cheek everything will be okay. This to me is part of the problem with their argument: it suggests any student who feels anxious or fearful (mistreated) needs to recognize that emotion as false and seek therapy to right themselves. It medicalizes American society and blames victims for societal ills. And, moreover, it implies that today’s students have nothing to be anxious about.

Yet by naming racism, casual or otherwise, we recognize it as real. Lukianoff and Haidt forget that we have a president who not only says hurtful things about certain groups but enacts policies that directly harm them. His language and executive actions have unleashed a renewed public turn toward open racism, sexism, and hostility, against what we might have called a culture of inclusion. They forget the rise of neo-Nazism is real and visible, that alt-right swarms and beatings are real. Yes, they mention these trends, yet this existence doesn’t factor fully into their analysis. Perhaps these errors arise because this is a book written from a privileged position about a group that lacks privilege. It looks at higher education as a set of elite institutions, yet the iGen attending elite universities are in fact a minority of college students.

According to the authors, universities can’t be blamed for creating this culture of distortion, but they can be blamed for perpetuating it: “if someone wanted to create an environment of perpetual anger and intergroup conflict, this would be an effective way to do it.” Colleges are home to an identity politics that is rooted in the cultural Marxism of Frankfurt School theorists like Herbert Marcuse—embraced, they tell us, by the campus left. They argue that “if we want to create the welcoming, inclusive communities, we should be doing everything we can to turn down the tribalism,” that universities stop embracing “certain interpretations” of intersectionality, and that we simply all try to get along. They adopt the philosophy of the stoics: “choose not to be harmed—and you won’t feel harmed.” Students should simply “not be emotionally reactive.” And they see a generational schism on the left. Older leftists, those veterans on the 1960s and 1970s, have a more expansive view of civil discourse and free speech, whereas younger progressive faculty members have a much narrower understanding and are more likely to see speech as dangerous and students needing protection. It is this younger generation of the left that comes in for blame—though they are unnamed by the authors.

The authors argue that we are witnessing concept creep as our definition of violence has expanded “to cover a multitude of nonviolent actions, including speech.” The authors forget that there was a time when the left and right at the university competed for influence in academic and civic life. Today, however, these options have been foreclosed. So rather than fighting for the civic future, we’re seeing the escalation of language and anxiety and a resistance to dialogue. Still, the authors blame the campus left rather than blaming the middle for the erosion of civic possibilities.

Nevertheless, there are some points that Lukianoff and Haidt get right. First is how consumerism on college campuses has become the norm, giving students a sense that they can and should avoid uncomfortable subjects and negotiate requirements. Against the idea that quality education is all about being uncomfortable intellectually, forcing the workings of the mind to grow and expand, this consumerism allows students to advocate for passive learning and empowers a vocational or transactional education over a deep and meaningful one.

Maybe some of the issues we are dealing with are best solved through curricular initiatives.

Perhaps even worse, as we identify problems on campus, we add staff; “administrators are more likely than professors to think that the way to solve a new campus problem is to create a new office” with staff, they write. When higher education became a luxury product, it provided families and students with the tools to demand customization that created a consumer relationship that trumps educational relationships. This has forced a hyper-vigilance on campuses, as we look for possible moments of unhappiness to negotiate out of existence. And it leads to overreaction at universities that empowers staff over faculty. Student services staff at public research universities increased 22.3 percent between 2003–2013. This staff growth has changed university life, shifting positions of power so that now at senior cabinet meetings, academics are one of several (often co-equal) areas. Academics competes with student life, resident life, athletics, and other areas for resources and authority. I once had a wonderful provost who would loudly claim at such meetings, “Let’s not forget this is a college.” The authors remind us of this drift and that we all need to remind our campuses that academics matter—that maybe some of the issues we are dealing with are best solved through curricular initiatives.

It is clear that college students need to be more resilient and also more engaged with academic and civic life. But this shouldn’t excuse away the moments of vulnerability and harm they experience on campus. Telling students to suck it up or get therapy isn’t an effective strategy in this or probably any era. Cultural change, necessary cultural change, is a slow process—we didn’t get here overnight—and mass CBT will not fix all our problems. Education is messy, like life, and in both we have a responsibility to redress harm. 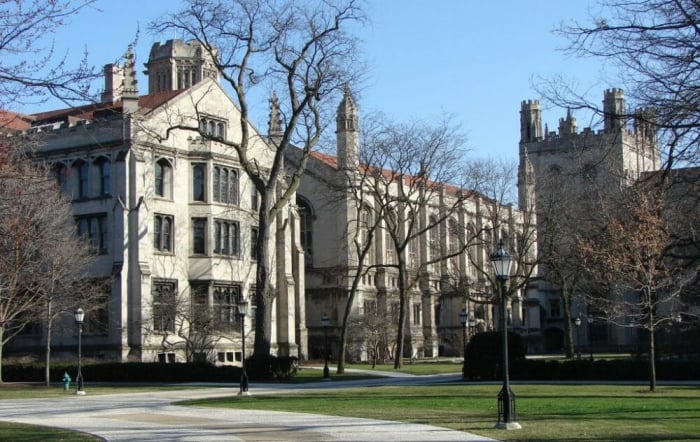 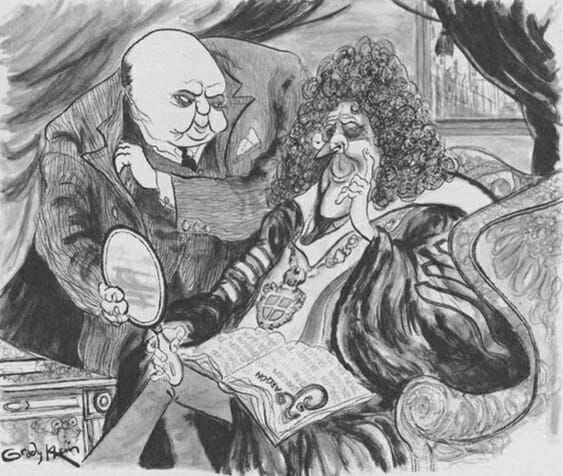 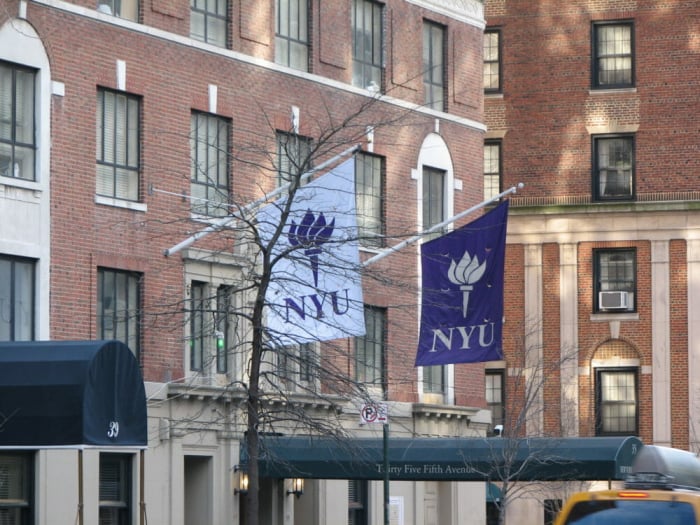