Photography has long been important to capturing cruising; only recently has it become the means by which we cruise. Created in the denouement of disco with the miasma of AIDS still on the horizon, Hal Fischer’s seminal photo series Gay Semiotics explored the rich bank of physical and sartorial codes that comprised contemporary gay cruising practices. Colored handkerchiefs, piercings, and body language were used to denote sexual interests and establish mutual attraction. This visual language was subtle, built on speculation and labyrinthine in nature. Sniffies plucks its users from this hazy maze, rendering it less jungle than Pokémon Go for Getting Off, where erotic mystique and discovery are supplanted with carousels of cock geared toward convenience and consumption.

This evolution is an inevitable consequence of and inseparable from the increasing sophistication and centrality of the World Wide Web. Anarcho-virtual bulletins like CompuServe flourished in Web 1.0 and became some of the first platforms to digitize gay sex. Wedged between blurbs advertising used furnishings and exotic pets, all-calls for “male companionship” were nothing more than euphemistic proto-tweets promulgating more direct lines of contact like phone numbers or then-revolutionary instant message boards. These ads metamorphosed alongside improving RAM capacity, and litanies of lewd photos overtook virtual bazaars like Craigslist. Suddenly the bare components of text-based ads—tone, humor, claimed sexual credentials—were augmented by empirical, hard evidence: sculpted abs, bulging biceps, hefty erections. While these rarely, if ever, included face photos, the advent of applications expressly geared toward gay sex rendered the issue inconsequential, introducing various features—live chat, expiring photos, video calls—to assuage the anxieties endemic to anon cock.

Beyond mainstreaming (and streamlining) anonymous sex, apps like Jack’d, Scruff, and Grindr calcified photography as the lingua franca of gay sex, seas of headless torsos its chief communiqué. Sniffies brings this visual language to a logical and sexual extreme by allowing users to post uncensored content directly to the feed, forgoing our last vestiges of pretense in favor of transparency: we’re here to pound. Users can navigate Sniffies without any login credentials, making it the best application for users concerned with data privacy and staying in the closet. If this half-baked appeal to DL trade seems by design, it’s because it is: Martin told me in an interview that at Sniffies they “really push [anonymity] as a means of providing a space for people who want to explore their sexuality and identity.”

Nudes are transmogrified into mechanisms for realizing sexual desire rather than expression, their photographic sensibility overshadowed by the goal of maximal returns. This is not to say that an artistic process is absent; on the contrary, when I take nudes, their masturbatory nature is essential to making my ROI. Eyes affixed to my phone screen, angles become everything. I stretch my arm out into the farthest reaches of my corporeal plane and click, there it is: abs taut, bush full, penis rearing into the center of the frame like a basilisk poised to strike. Aggressive, yet tasteful. Sensitive dom top. I’m passionately versatile, but on Sniffies this doesn’t matter. Out of the volatile, thunderous ether of my eros emerges an eerily static simulacrum: a nude in which I slay.

This phenomenon actually boasts a humble body of scholarship in the kaleidoscopic world of queer theory. In one study, a small cadre of researchers from Brazil (gay men’s unofficial capital of sexual exuberance) connect this phenomenon to photographic theory and its psychological manifestations. Photos writ large pose a basic duality: denotative—what happens in front of the camera—and connotative—the open conversation that precipitates between the subject (my hole and/or pole) and the audience (hungry holes and/or poles). The problem for The Gays is that we ourselves are a part of that audience, in conversation with a version of ourselves that is both retroactive and aspirational. My nude is as much an apex version of myself from behind the camera as it is a reference for continual improvement (not to mention a testament to savvy lighting), a point of speculation about where I hope to be—and what those hunting on Sniffies hope to snare. Uploading these photos untethers them from my body and my humanity: literally tokenized, they become everyone’s to view, to assess, to roast. We are perverted (and not in the fun way!) into something less than human in cyberspace, ghosts haunting the grid in the hopes of securing some present satisfaction.

Nudes on Sniffies are not unlike currency—a means for exchange. The value is not abstract: filtered by hashtags and undergirded by quantifiable auxiliaries like height, weight, and girth (yes, actually!), nudes on Sniffies are imbued with discrete, empirical value. Sex on Sniffies becomes a barter economy, goods laid out for consumers to peruse and make what they believe to be amenable offers (face down as up 4 u rn). While similar to Grindr and Scruff, the explicit nature of Sniffies and its unregulatability—due to Apple and Android’s puritanical regulations, the “app” (ultimately a generous term) is only available on your browser—drag sexual exchange, and queer subjectivity, to a parasocial extreme.

While all gay sex apps have always stretched toward some asymptotic zero-point of immediacy, Sniffies has reached the farthest, culling the social frivolities—coquetry, eye contact, names—that have historically “gotten in the way” of a quick nut. Lingering social cues are obliterated, leaving nothing but the most primal of synaptic pleasures. This kind of exchange is financial not only insofar as it’s brutal and calculated, but conjectural: in pursuing one of many options plotted on the map, I’m not guaranteed a satisfactory outcome, but merely guesstimating at my best opportunity. The paradox of choice exists not only in the paralysis induced by the vast number of options but in the piecemeal heuristics—buoyed by metric-based filters for physiology and geography—I employ whilst shopping the meat market. Despite the perception of data-driven sexual analytics, apps like Sniffies do not have promising rates of emotional return—at all.

I would argue IRL cruising, with all its codes and confusion, likely turned a higher emotional profit margin. In the protracted ritual process that ensued, faux-pas and flirtation worked as filters in their own right, specific not to what we want, but who we are. Cruising was and is about questioning; Sniffies works backward from a presupposed outcome. A man’s blooming butthole hugging the title TAKING LOADS NOW offers less an erotic mystique than an urgent call to action. For an app ostensibly serving those questioning their sexuality, there’s little (if any) room to do just that; you have to know exactly what you want. Paradoxically, Sniffies’ smut-forward approach sanitizes the actual cruising experience, sacrificing social relations in the name of higher rates of ejaculation. This Faustian sexscape graphs neatly onto big tech’s general tendency toward domination: as Airbnb consumes renters’ markets, Sniffies cannibalizes cruising in service of an “optimized” gay sex.

Though critical, I am not judgmental. As much as Sniffies marketizes queer culture, it’s fun, and selling myself can be sexy! (Not to mention that sex has been for sale since long before the dawn of capital.) Online, such pursuits are more risqué than risky; cruising has always been a dangerous practice, and vetting beyond furtive glances and gut-trusting is more possible on Sniffies than on the street, anonymity notwithstanding. If not greater, then Sniffies’ more existential contribution has been its revitalization of cruising spots that otherwise may have vanished into the annals (anals?) of history. On the app, Manhattan’s Chelsea Piers, Brooklyn’s Vale of Cashmere, and other historic cruising hubs are frequently alight with the frenzied flames of baker’s dozen bukkakes and hole en plein air.

Queer sex has always been shouldered into illicit places, its criminalization fueling a feedback loop of increasingly surveilled public space and pathologized deviance. In mapping these spatial margins, Sniffies anchors them in cyberspace and reality, allowing users to see and interact with them across space and time. Spaces for queer sex, often systemically erased and ephemeral by default, are no longer relegated to the consciousness of the queer individuals occupying them and instead graduate to cultural landmarks, affording a level of institutionalization heretofore unseen.

Caveat: the institutionalization of anything risks its surveillance under the very system that stigmatized it in the first place. Marriage equality and the advent of PrEP had no marked impact on the economic or social enfranchisement of queer people, but it certainly brought our bodies further under the auspices of pharmacological price-gouging and the U.S. federal tax system. While Martin assured me the Sniffies team is “careful with everyone’s data and how [they] use it,” in an age of worsening attacks on the LGBTQ+ community and brokers selling personal data to theological neocons hell-bent on dismantling bodily autonomy as we know it, it takes little imagination to conjure a cruising dystopia in which apps like Sniffies hawk our location for financial and political leverage. Barring those with Orwellian surveillance kinks, there’s nothing particularly sexy about being tracked in real-time, even with the prospect of climax.

Though the outcome of a Sniffies-based surveillance state remains—thank God—theoretical, the idea of nudes-cum-currency and the app’s financialization of queer sex are not. Driven by a monthly subscription model that taunts users with titillating additional features and targeted advertising, Sniffies warps queerness into not only a means of exchange for its users, but monetary gains for its C-suite. Good or bad, Sniffies’ moral integrity becomes irrelevant under this financial schema. All succumb to the machinations of capital.

Sniffies fails on its own terms, ignoring the reality that sex and social exchange are insoluble. Published for and amongst others, our nudes become pixelated solicitations in a matrix of stock options, reduced to units of sexual account snaking up and down the panicked screen of the NYSE, everyone worried more about their bottom dollar than how it was they got there. Our trading becomes overtly and iteratively financialized, meta-markets that drive colossal profits for the puppeteers to whom we’re strung. While market logic’s expansion is a dismayingly familiar trend, the advent—and success—of Sniffies marks its newest and deepest reaches: the prostate. Getting off used to be a bonus; now, it’s the only option.

Reece Sisto is a writer and cohost of Mind the Gape, a podcast about queer sex and intimacy. His work has appeared on Bitch Media, The Progressive, and Phenomenal World, among others. 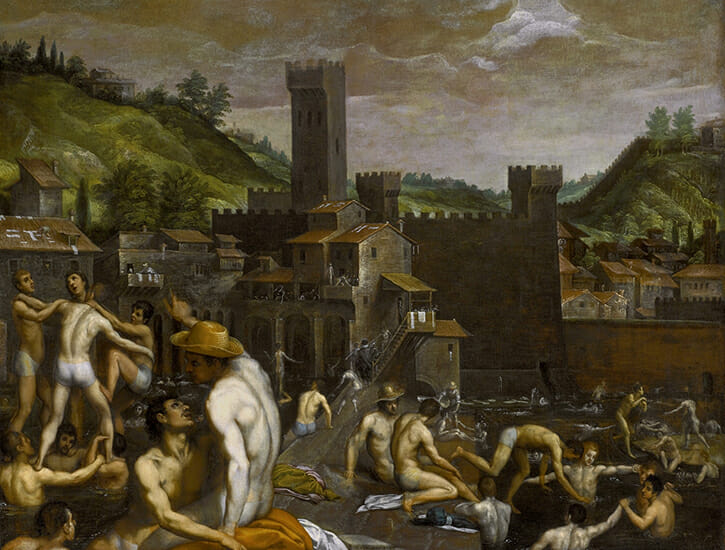 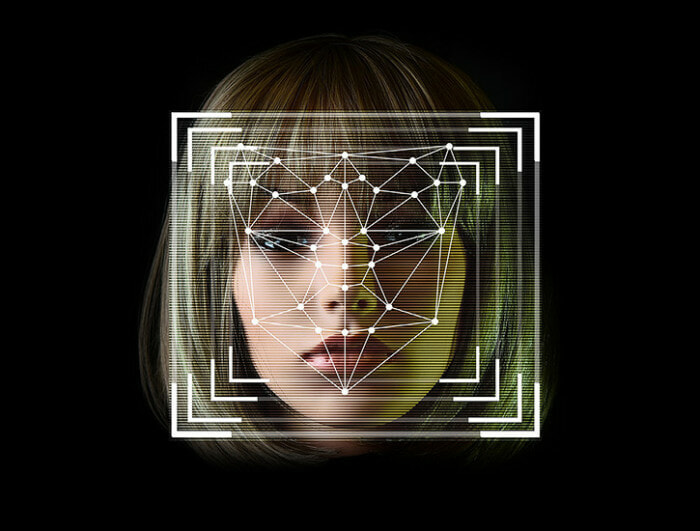 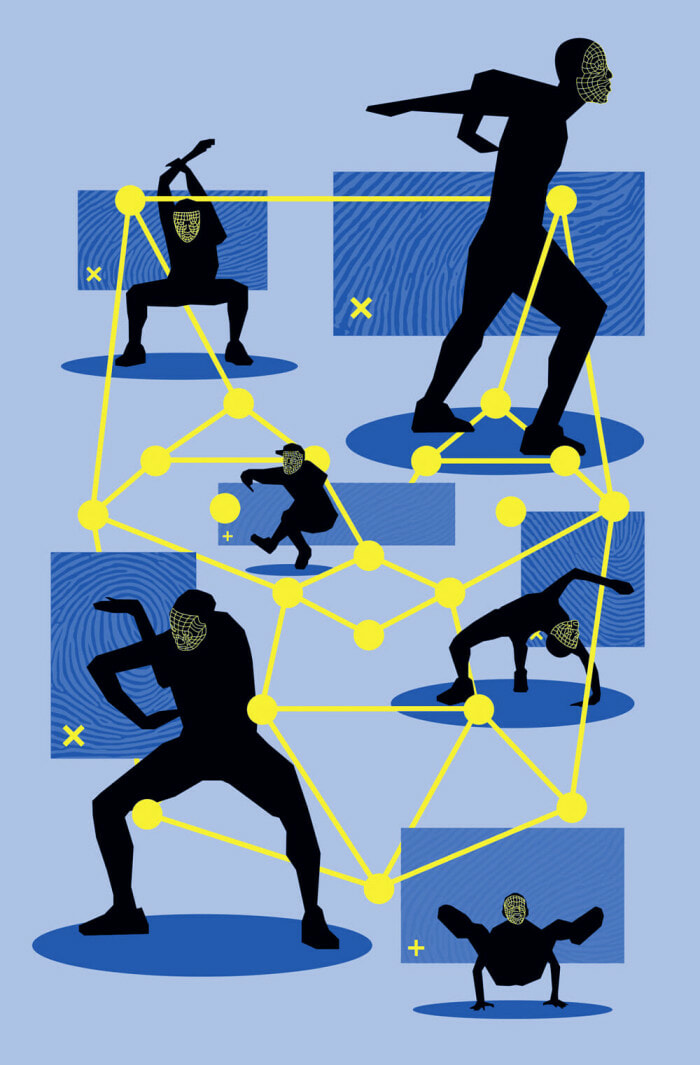