Since the Valentine’s Day massacre at Marjory Stoneman Douglas High School, the school’s students have taken on the heavy mantle of celebrity activism. They’ve achieved this distinction largely by appealing directly to the public. And along the way, they’ve revealed themselves as adept users of social media. Mixing confessional and reportorial modes, the student-survivors issue posts that are funny, honest, moving, enraging, streetwise, and—perhaps most important in this enervated time—dripping with contempt for our elected officials. They seem to have an intuitive grasp of the moment’s gravity: that enough is enough, that there’s something particularly galvanizing about the suffering of children, that the silent majority here is in fact the mass of Americans who support the curtailment of gun rights.

But woe and warning to those who become social-media celebrities: backlash and obsessive scrutiny lie in wait. The students’ digital savvy, it seems, has caused some right-wing elements to accuse the survivors of being “crisis actors” or of receiving pre-written questions from media mandarins. But with their plain honesty and urgent sense of purpose, the students have resisted the imprecations of the backlash cycle, becoming folk heroes in the process. This unexpected development may be traced in part to the emotional intensity of this disaster; only the most hard-hearted NRA partisans can resist the students’ plaintive cries to ensure their safety. The students also show remarkable poise, in front of television cameras and on Twitter, where the tut-tutting of “why don’t you respect your elders?” is drowned out only by the furious howls of lunacy and racism that inevitably issue forth on the favored platform of neo-Nazis.

How the students resist succumbing to this sort of abuse—perhaps they avoid glancing at their mentions entirely—is a mystery to this thin-skinned journalist. But it might be explained, in part, by a certain familiarity with the media we’re immersed in. Facebook was invented when these children were pre-schoolers and they have largely grown up sharing and chronicling their lives for the consumption of others. They may not have directly experienced the mania of online hordes seizing upon a hapless victim prior to the past week or so—but at the same time, the notion of a Facebook beatdown or a Twitter mob is not unfamiliar to them. As habitués of Snapchat, Instagram, and YouTube, they’re likely accustomed to facing down outbursts of random invective and have developed the necessary defenses, the protective armature of irony required of the always connected info-denizen. (When Parkland survivor Cameron Kasky was forced to exit Facebook after fielding “graphic” death threats from gun-rights ghouls, for example, he tweeted that he’d “be back when I have the time for it. Busy getting my feelings hurt by fellow teenagers at Br**tb*rt.”) They are strong and wise in ways their elders are not—which seems to only deepen the admiration felt by a public that, on the issue of gun violence, has known far more victims than leaders.

If anything’s changed in the country’s rote and formulaic gun debate since the Parkland shootings, it may be an inability to take LaPierre and the NRA seriously.

However much we celebrate the actions of the Parkland students, it’s important to understand the recent lineage of this kind of digitally enabled activism and to remember those who haven’t benefitted from the approval of former presidents or network executives. I don’t recall there being a CNN town hall for DAPL protesters or for Philando Castile, a school employee who, during a traffic stop, was shot dead after telling a cop he had a registered firearm. The subsequent video of Castile’s girlfriend in tears, begging the officer for some explanation, as if it could bring back her partner, is no less wrenching than anything produced by the Parkland students. And yet it’s hard not to see that the attention economy is prey to the same kind of racial bias and indifference as the rest of society. If Castile and his girlfriend, Diamond Reynolds, were apple-cheeked white teenagers from south Florida, their images might have lingered longer in the public memory and their pain might have been taken more seriously. The NRA might even have supported their cause. As Castile’s mother, Valerie Castile, recently told the New York Daily News, “My son was one of the good guys, but him being black, obviously [the NRA] didn’t see him as a good guy. They’ve yet to say anything about my son.”

The leading gun rights organization’s normally pugnacious Twitter account was also silent in the days after the Parkland shooting, only to re-emerge around the time of NRA honcho Wayne LaPierre’s typically unhinged CPAC speech last week. If anything’s changed in the country’s rote and formulaic gun debate since the Parkland shootings, it seems to be an inability to take LaPierre and company seriously. The Parkland students laugh off the forbidding clout of the NRA and its pathetic hold over Congress. They are not old and jaded enough to take part in the empty rituals of our power-hungry elites, who can’t issue a tweet that hasn’t been focus-grouped to within an inch of its life. Instead, they approach politics with verve, anger, and wit. As Sarah Chadwick, a Parkland survivor, suggested on Twitter: “We should change the names of AR-15s to ‘Marco Rubio’ because they are so easy to buy.” Her audience loved it, retweeting the barb nearly 80,000 times in three days.

Whether any of this is enough is hard to say. What volume of retweets and likes and pledges for action and primetime segments with senators can atone for these tragedies? Right now, the answer seems to be completely up for grabs. The attention economy is fickle, and one day soon it might forget the Parkland students, too. But if this is the beginning of a movement, it’s a deeply admirable one, with historical echoes of previous student-led political actions. It’s all the more heartening that students are willing to walk out of their classes and take to the streets, with a nationwide march in Washington, D.C., planned for March 24.

On the other side, it’s clear that Republicans and President Trump have no understanding of the complex media dynamics going on here or of how badly they’re being played by such dynamics. When he wasn’t being frog-marched through awkward grip-and-grin visits with first responders, Trump trotted out some Tipper Gore-era concerns about violent video games and movies distorting the teenage mind. Alas, American pop culture is more influential than one might admit but in an entirely different way than Trump imagines. The imprint of violent films can be seen in every gun-besotted fantasy on the right—notably in Trump’s demented conviction that a school properly kitted out with Glock-toting teachers and moonlighting military veterans will be a fortress against would-be school shooters. Such delusional imaginings are rooted in pop-culture depictions of otherwise hapless men suddenly turning into Rambo, Jason Bourne, or choose-your-own-avatar-of-masculine-vengeance. These are self-supporting dreams that we conceive in order to avoid the truth that, like the armed sheriff’s deputy at Marjory Stoneman Douglas High School, we might cower in fear at the appointed hour.

When it’s working well, social media offers what can seem like an unvarnished look into the lives — and pains — of others. It’s to their credit that these teens, having come of age with these tools, seem so at home with them. While undoubtedly political, this conflict will continue to play out through various new media, as each shooting produces its own shareable scraps of anguished testimony, its own victims gone sadly viral. In this dense info-scape, on one side, animated by vigilante fantasies rooted in the most toxic masculinity, stand power, money, and an unconscionable indifference to human life; on the other is reason, empathy, and a profound concern for public safety. The survivors of Parkland, young as they are, can tell the difference between the two. Why can’t our supposed leaders? 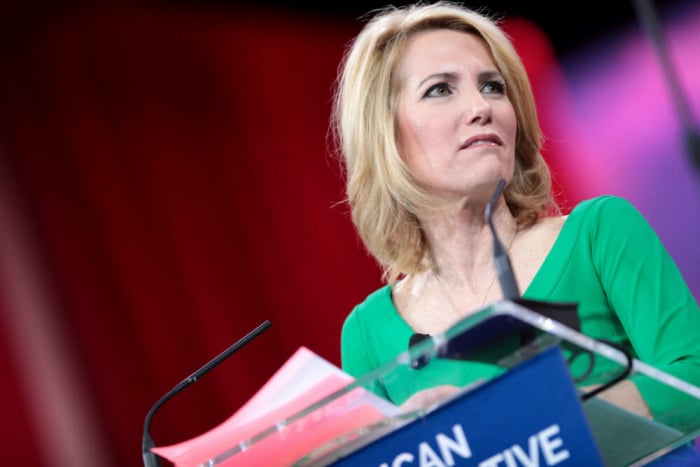 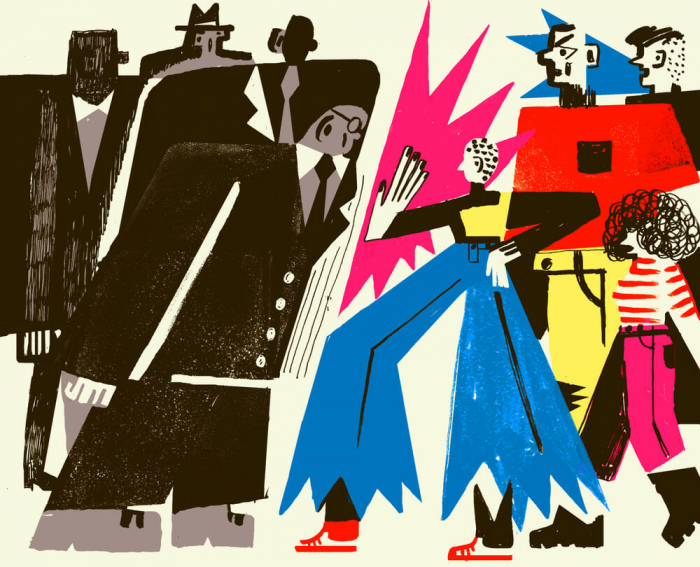 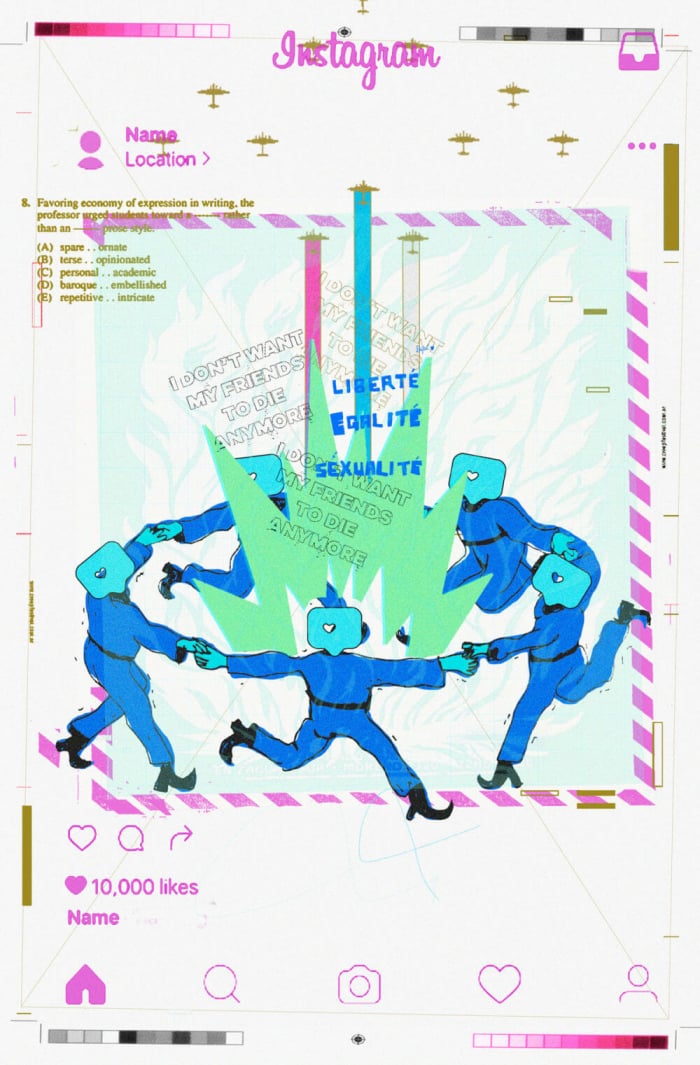