Give the teenage gun-control advocate David Hogg credit: he knows that, for all the lamentations over the noble lost traditions of civility and measured moral reasoning you hear in culture-war redoubts, the way to get results is to throw money into the conversation. After the Trumpian cable TV apparatchik Laura Ingraham smirked on Twitter that Hogg was “Rejected By Four Colleges To Which He Applied and whines about it,” the senior from Marjory Stoneman Douglas High School in Parkland, Florida, replied with a tweet of his own. In it, Hogg solicited the names of companies advertising their products on The Ingraham Angle, the running show trial masquerading as current affairs content that Ingraham gleefully presides over on the Fox News channel.

In remarkably short order, a fistful of Ingraham Angle advertisers jumped ship, properly sensing that abetting the soulless harassment of a young survivor of a massacre was not putting one’s best foot forward, branding-wise. No doubt sobered by the sudden shrinkage of her revenue stream, Ingraham delivered a tweeted apology for her antics, seeking in the process to brand her beau geste as an appropriately compassionate bit of cheek-turning for Holy Week—as only a sanctimonious Trump-addled arbiter of respectable discourse can.

To his enormous credit, Hogg refused to abide by the scripted culture-war endgame, and declined to accept Ingraham’s apology. Sending up Ingraham’s own spiritual pomposity, Hogg wrote that “It’s time to love thy neighbor, not mudsling at children” and insisted that he’d only accept her apology “if you denounce the way your network has treated my friends and I in this fight.” In later media appearances, Hogg astutely noted that Ingraham hadn’t bothered to walk back her snide “shut up and dribble” command to NBA superstar LeBron James for speaking out on political matters—so why should her pious bit of face-saving delivered under pressure from network advertisers be taken at face value?

This was all a welcome dose of sane straight talk in the baroque and truth-averse conduct of American cultural warfare, but I want to draw closer attention here to the actual substance of the underlying dispute. Laura Ingraham, author of the Trump-populist hagiography Billionaire at the Barricades was mocking the thwarted academic ambitions of an accomplished high-school kid. Apart from being unfathomably petty and mean, isn’t this a first-order betrayal of the storied Trumpian base of non-college-educated white Americans? Why should the devoted followers of either Trump or Ingraham give two shits about David Hogg’s failure to charm the admissions officers at UCLA or UC San Diego?

Advertisers for the Ingraham show sensed that abetting the soulless harassment of a young survivor of a massacre was not putting one’s best foot forward, branding-wise.

Oh, I know: there’s a frisson of resentment in noting the ill fortunes of supposed liberal know-it-alls: You think you’re so smart, with your fancy GPA and insurgent political movement. Well, tell it to the California Board of Regents, junior! But the imputation of hypocrisy is only a passing entertainment, even on today’s anti-elitist right. In addition to which, as is usually the case in our politics, the assassin’s dagger of hypocrisy cuts both ways: Ingraham is herself an elite-matriculated alum of Dartmouth College and the University of Virginia School of Law. (Not that all that time spent in our spiffier leafy preserves of knowledge has made much of a lasting impression on what might be charitably termed Ingraham’s intellectual maturation: “her one desire in life was to leave her law firm and get herself on television as a political pundit,” David Brock recalled in his 2002 tell-all Blinded by the Right, “despite the fact that she was the only person I knew who didn’t appear to own a book or regularly read a newspaper.”)

What’s more, Ingraham is far from alone on today’s right when it comes to the fetishization of elite learning. President Trump, of course, is given to loudly—and erroneously—advertising his former standing as a top student at Penn’s Wharton business school. And the intellectual generalissimo of the Trump movement, Steve Bannon, was so keen to advertise his own (Harvard-bred) historical and political acumen before an uncritical media establishment that he essentially leaked himself out of a job. (Well, two jobs, actually.) You likewise see the right’s obsession with powerful-yet-recondite knowledge in the rhetorical framing of the movement’s leading media properties: The Ingraham Angle, The O’Reilly Factor, Powerline—and of course the outlet destined to be mother of them all, InfoWars.

So what is it with the self-styled populist right’s seeming infatuation with the credential-factories administered by yon PC liberal elite? Are they burning from within with an illicit passion for the Ivy-tended fruit of knowledge? Do they suffer from what Richard Hofstadter called “status anxiety”—the desperate grasping after the baubles of intellectual recognition amid a general sense of socio-cultural decline? Do they secretly fear that they’re poised to descend into the unwashed ranks of the economically stagnant political movement they’ve appointed themselves the mouthpieces for?

These are all plausible enough, as psychologized explanations of the logic of political power grabs go. In reality, though, the rightist knowledge putsch goes back at least a generation now, with the installation of the Reaganite New Right as a bona-fide Washington counter-establishment, replete with its own ideologically driven think tanks, compliant university programs, and energetic funding apparatus. The anti-intellectual posture of the modern American right has always been something of a mirage. It’s not so much that the Bannons, Trumps, and Ingrahams of the world despise knowledge for knowledge’s sake—it’s rather that they regard credentialed learning as another blunt instrument in the never-ending battle for maximal cultural and political influence. The idea is not merely to own the libs, but to humiliate them in their native preserves—to send them yowling for mercy as they evacuate their cherished ivory towers. When I asked Andrew Ferguson, a national correspondent[*] for The Weekly Standard, about Trump’s own puzzling obsession with intellectual status, this was Ferguson’s response:

I think Trump’s lies about Wharton and about being “really, really smart” (what we call a self-canceling assertion) are a way of reassuring his people that he can beat the bastards at their own game—’cause he’s been on those commanding heights from which the goddamn elites look down on them, but he was never fooled by their pinkie-hoisting ways. It’s a bit like his ridiculous “success” in business. Even if it were true, it doesn’t hurt his populist bona fides, it only enhances them. Who better to kick ass than a guy who’s made a billion dollars kicking ass?

There’s a rather crippling irony at play here, since it’s long been the refrain of self-appointed conservative critics of the academy (such as Ingraham’s erstwhile paramour Dinesh D’Souza, another Dartmouth-incubated tribune of the plain populist right) that the university left is besotted with the instrumental worship of power. Ever since the founding modern PC wars of the 1990s, righteous right-leaning defenders of the Western tradition have laid into the academic left for gleefully discarding old humanist curricula and canons in favor of modish theories of raw Foucauldian cultural dominance. The great organizing catechism for the PC leftists of the nineties was supposed to be Foucault’s confident assertion that knowledge is power. As a corollary of that dogmatic belief, insurgent theorists of left cultural rebellion held that regimes of knowledge everywhere were just begging to be overthrown.

Things look a lot different now, in the age of never-ending right-wing cultural backlash. If anyone lives by the knowledge-is-power credo in the blighted Trump era, it’s the great networked institutions of Koch-funded inquiry; if there’s an ardent Droid Army of politically correct apparatchiks enforcing intellectual orthodoxy and behavioral conformity far and wide, it’s on the American right.

But to apprehend such shifting intellectual alliances for what they are is to give the whole hustle away. After all, the great founding article of faith in all these many rightist culture-war academies is that they represent a persecuted samizdat movement of heroic individualists under near-perpetual siege by faithless liberal culture commissars. For the right to acknowledge that it has long dictated the reigning terms of intellectual engagement, from the administrative state to the Supreme Court, or to own up to its own instrumentalist credo of knowledge for power’s sake, would be to relinquish its own reverently intoned backlash theology once and for all. It would be a bit like, I don’t know, learning that the endless regress of tax cuts redistributes wealth upward, that the Koch brothers could hardly care less about your personal liberty, that Infrastructure Week was always a lie—or that a self-appointed cable-news apostle of billionaire-led populist rebellion is most comfortably in her element bullying a public high-school kid for not getting admitted to a few state schools she no doubt believes are not as good as the ones she went to.

[*] Correction: This article has been updated to reflect Andrew Ferguson’s job title at The Weekly Standard, which is national correspondent, not staff writer. 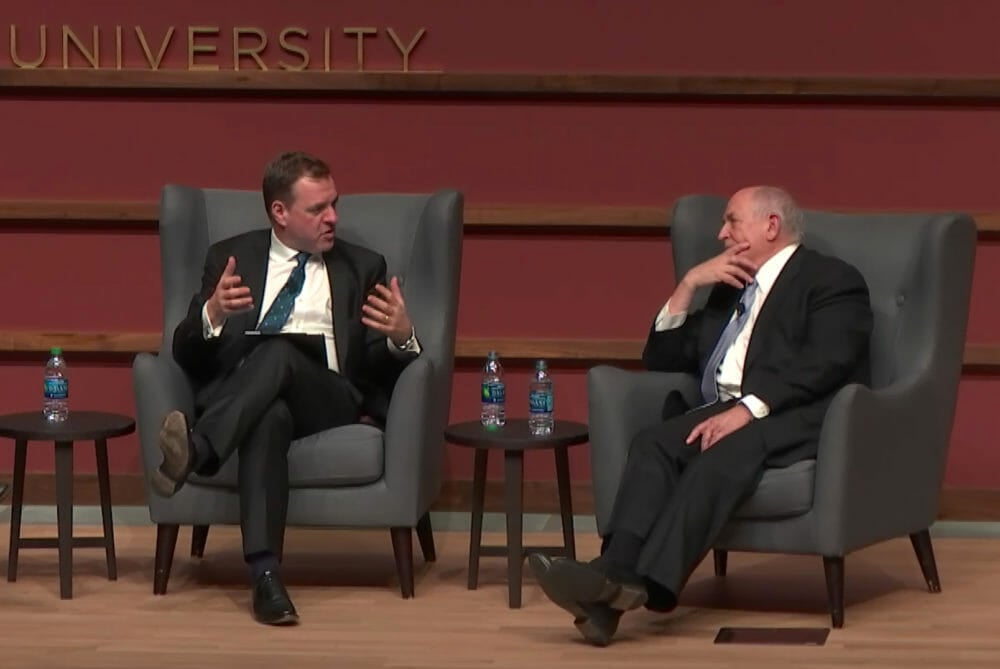 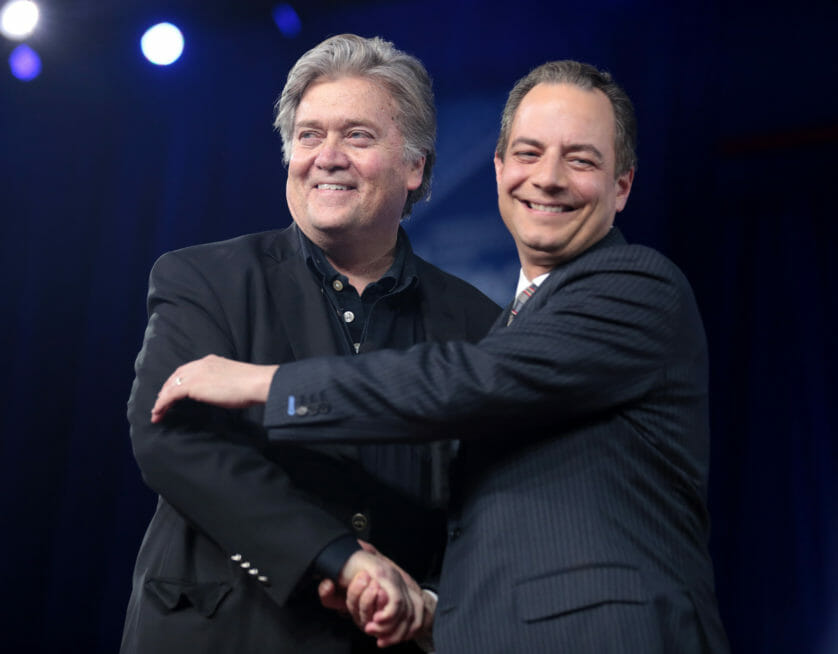 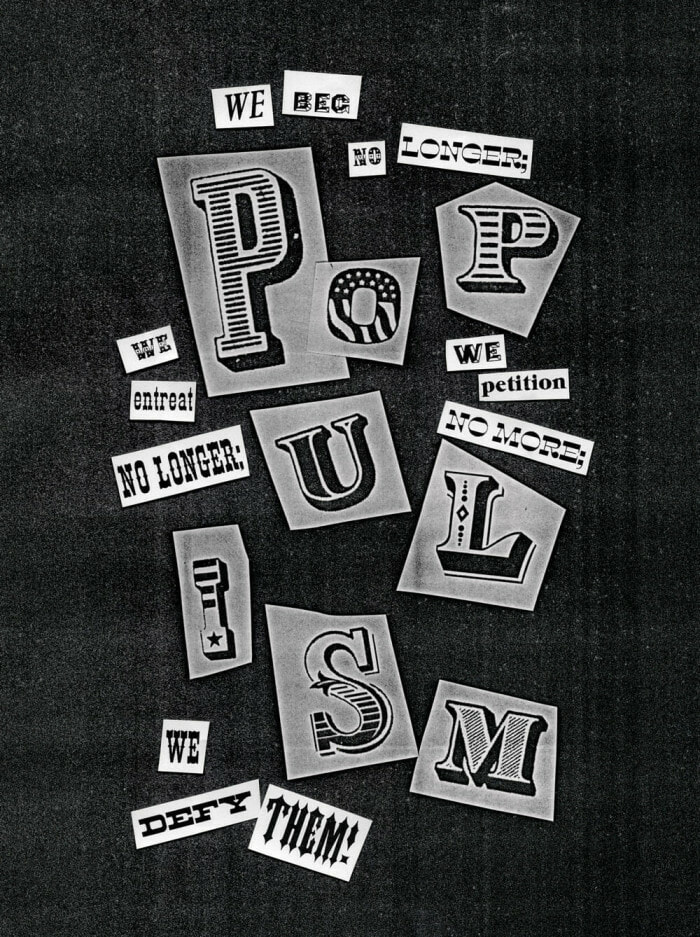