This week, the luridly misleading media coverage of the Baltimore uprisings called to mind a fittingly grim narrative template from the entertainment world: shlocky action-horror fare. The strange alchemy by which reportage of Freddie Gray’s murder at the hands of six Baltimore police officers and the protest-borne rebellion that commenced after his funeral migrated back and forth between fact and fiction is perhaps best summed up by media theorist George Gerbner’s “cultivation theory.”

Cultivation theory holds, in Gerber’s formulation, that “the more time people spend ‘living’ in the television world, the more likely they are to believe social reality portrayed on television.” While this process may sound complicated, it operates with stunning efficiency in the news narrative that seeks to transform black police-brutality victims into super-predators—and the actions of black protestors into irrational and blindly destructive assaults on our social order. To see how such potent imagery plays out in the real world for actual African American citizens, see the photos assembled in the “If They Gunned Me Down” movement.

Via the warped and didactic accounts of the Baltimore protests promulgated mainly (though by no means exclusively) on cable news, these toxic news memes achieved something close to escape velocity—and their tonal register has verged increasingly on dystopian science fiction or horrorcore. It’s a bit as though Philip K. Dick had been hired on as the executive producer of CNN’s The Situation Room.

Some of these misrepresentations were darkly comic. CNN misidentified the blue-and-white-wearing sorority Zeta Phi Beta as gang members, and thereby summarily transformed the town hall meeting these civic-minded college graduates were attending into a furtive den of criminal activity. And that image opened, in turn, onto a gang fable that the Baltimore Police Department had likely planted in the obliging cable news cycle earlier in the week. A department memo claimed, without any sourcing, that there was a “credible threat” that the city’s leading gangs—the Crips, the Bloods, and the Black Guerilla Family—“have formed a partnership” to “take-out” police officers. Eventually, of course, more responsible news reports discredited this urban legend—and gang leaders themselves, in one of the protest’s many surreal flourishes, convened a news conference of their own to deny the report.

But any narrative frame powerful enough to turn sorority pledges into gang members won’t stop at mere empirical disproof. Indeed, the more the press had to deal with the days-long spectacle of unrest in the streets, the more the people charged with rendering it intelligible to a news audience gravitated into the orbit of dystopian fantasy. Prior to the demonstrations planned to follow on Gray’s funeral ceremony, the Baltimore Sun and other papers falsely reported that area high school students were circulating sinister plans of their own under the Twitter hashtag #Purge—and that this cabal (as opposed to say, a generation’s worth of economic neglect and a decade-plus of unchecked police brutality in black Baltimore) was the ultimate source of the so-called riots.

In the terms of cultivation theory, it didn’t matter if these accounts were true or not—they had all the necessary elements of scare-driven entertainment vérité: footage of a phalanx of state police; roving groups of young people, some protesting, others looting; business looted and aflame; and the sensational on-the-ground coverage of seemingly unhinged and scary protestors. And the crowning irony in all this is that it was our tabloid media, and not the anonymous hordes of Twitter-empowered high school students, that was following the script of the 2013 horror morality play The Purge.

The Purge‘s imaginary scenario—in which the American populace embarks on one state-sanctioned night of carnage and destruction a year, to quell crime rates and to provide cathartic release of other social and economic tensions—had plenty of resonances for Baltimore. The neighborhoods of Charm City, like those in The Purge are rigidly segmented by race and class. The movie’s central premise, that a black man was the scapegoat for unmitigated middle-class white rage, was also true—and continues to be so—for Baltimore. Most of all, though, it was a privileged white overclass that was wreaking the mayhem (and controlling all the rumors of mayhem) in The Purge, in the name of preserving stability and proper patterns of social deference. In other words, encoded in the lurid pop-horror fable sparking so much of the breathless cable coverage of the disturbances in Baltimore was a version of the business model for cable news: keep viewers afraid, distrustful, and oblivious to elemental claims of justice, and we will deliver the officially sanctioned model of social peace unto you. (In truth, this is the subtext of many innovative horror films, dating back to George Romero’s taut racial allegory Night of the Living Dead, released in that landmark year of assassination and rioting, 1968.)

Despite the discomfiting similarities between these films and what’s happened in Baltimore, there’s another reason Night of the Living Dead and The Purge‘s B-movie plots are relevant: they both take seriously the danger facing blacks in America. For many American blacks, the specter of violence and the possibility of unjustified assault on our bodies create an everyday of ambient terror. The days and nights of living dread, the abiding existential anguish that permeates the psyche of black Americans who live in places like Ferguson, Staten Island, and West Baltimore, make the blighted landscapes in impoverished neighborhoods a hellish nightmarescape. The coverage of the uprisings is reminiscent of the first true American horror film, D.W. Griffith’s 1915 opus Birth of a Nation: with its black bogeyman on a mission to debauch the country with sexual, moral, and physical excess. Films like The Purge and Romero’s zombie franchise flipped this script, by locating the real menace in the heart of the American white majority.  It’s no wonder that Michael Eric Dyson’s recent New York Times op-ed, “Racial Terror, Fast and Slow” evoked the twin cinematic bogeys of fast and slow zombies: no matter the speed, the angst—like the terror that fuels it—has the capacity to destroy. Flesh-eating zombies ain’t got nothing on randomized state violence.

Along with The Purge and Night of the Living Dead, the 1995 Blaxploitation horror film Tales from the Hood—which features a vignette about a vengeful black ghost who had been the victim of police brutality—supplies another cinematic echo of the media’s representation of black rage.  The tales and dispatches from various hoods around the United States—Ferguson, Oakland, Los Angeles, and now Baltimore—are merely sequels in a series of unceasing real-life terrors for black Americans. They trace a singularly grim, and singularly American declension. On the same day of Freddie Gray’s funeral, another black man, Terrence Kellum, was killed by police in Detroit. Joseph Kent, a Baltimore protestor, was kidnapped by the National Guard on live TV, and cops besieged a group of protestors in Denver under cover of night. To the media, and to the police forces involved in these incidents, black people are Terminators, to change up the entertainment metaphor yet again. Our eye contact, like Freddie Gray’s in other rumored Baltimore police accounts, is either a confrontational invitation to violence or a chillingly blank gaze. We are indomitable monsters with superhuman strength, as Darren Wilson suggested when he referred to the slain Michael Brown as something like a “demon.” We are superhuman creatures with otherworldly powers. We are also stock villains who must, as simple movie justice dictates, be riddled with bullets or paralyzed even when restrained—because, as with the Terminator, our steely constitution means we don’t die. Except, of course, when we do. 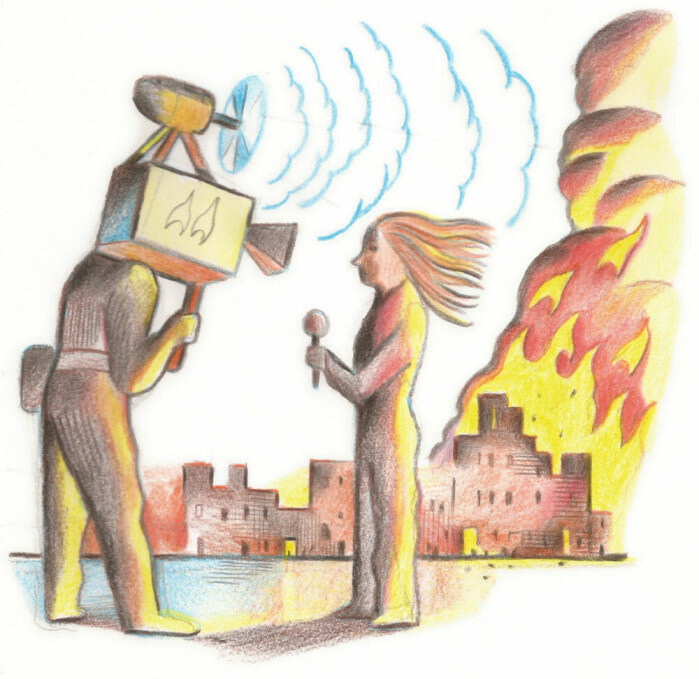 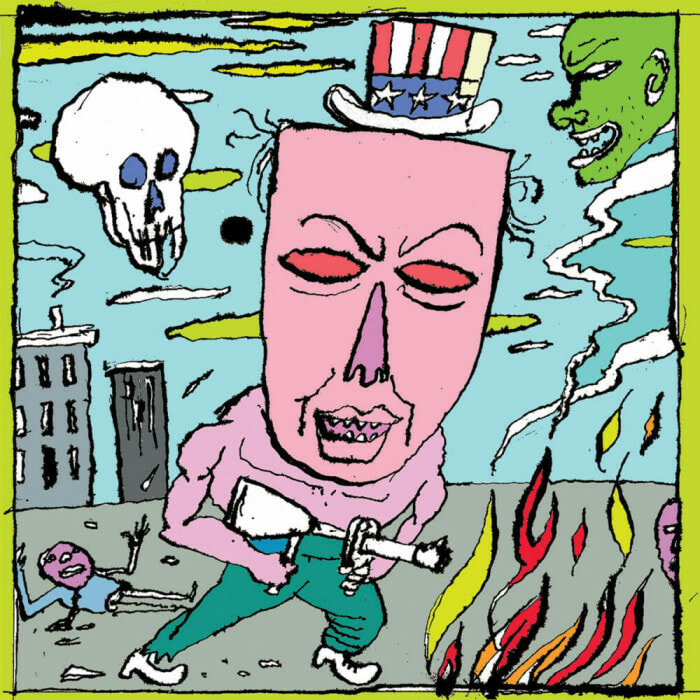 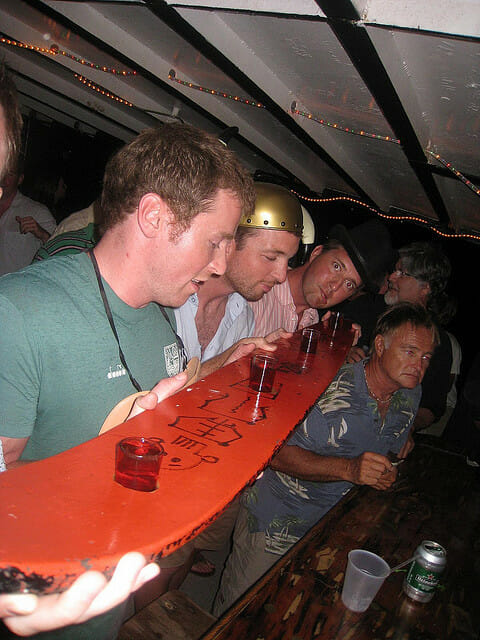